Anthony Scaramucci’s reality television debut ended up being a shorter stint than his 11 days in the White House.

When the 24/7 live feed of this season of CBS’ Celebrity Big Brother launched, the Mooch, who was seen on the TV show earlier this week, was nowhere to be found.

Scaramucci’s fellow castmembers, including Jonathan Bennett, Joey Lawrence, Dina Lohan, Tamar Braxton and Ryan Lochte, questioned when his photo on the house memory wall would turn to black and white.

Also revealed on the feeds was that Scaramucci was up for eviction, where his houseguests would have the opportunity to vote him out of the game.

On Wednesday, it emerged that Scaramucci is in Davos, Switzerland, where he is featured at a Skybridge business conference.

During the panel, Scaramucci said he could not say why he left, but that his short time on the show was “a tremendous amount of fun. There’s a lot of intellectuals that are like, ‘WTF, what’s he doing on Big Brother?’ But you have to remember, I grew up in a blue-collar family, so you have to remember that America watches these shows. You don’t want to unplug yourself totally from America.” 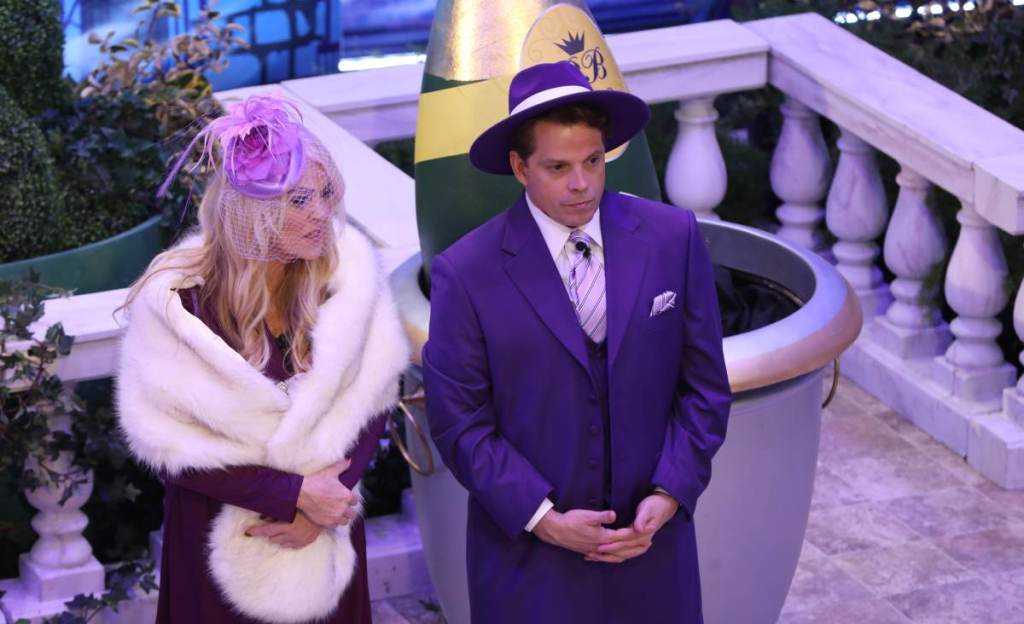 During his time on Celebrity Big Brother, Scaramucci revealed that reality TV “is out of my comfort zone.”

As for whether or not he’d want to work in the White House again, he said, “There’s no chance I would get invited back because I’m not really a politician. [Donald Trump is] surrounded by politicians, he’s surrounded by Washington operatives. They really don’t want people from his neck of the woods around him.”

Scaramucci and fellow castmember Tom Green both shared a connection to Trump. “We have something in common that very few people can say. We were both fired by the president,” Green cracked. Green appeared on the second season of NBC’s Celebrity Apprentice, where he was fired by the former reality show host.

Scaramucci’s casting marked the second time the CBS reality series picked a former Trump aide from the White House to move into the Big Brother house. For the show’s inaugural season, it was Omarosa Manigault Newman who made headlines after revealing details about her time in the White House. When she wasn’t warning the public, she made news for her brief hospital stint following an asthma attack.

Last season, castmembers Keshia Knight Pulliam and Metta World Peace both asked to be voted out of the game.

Celebrity Big Brother executive producers Allison Grodner and Rich Meehan recently told The Hollywood Reporter, “We talked a lot before the game about getting evicted the right way or winning as the two ways you can leave the house. We talked to all of them about that.”

Scaramucci’s exit will likely be explained further in the next episode of the series.