Originally, Apple TV+ planned to release only the first three episodes of its family mystery series Home Before Dark, starring The Florida Project breakout Brooklynn Prince as 9-year-old reporter Hilde Lisko and Jim Sturgess as her dad, Matt. But a few days before its April 3 launch, the streamer announced that the series would instead release all 10 episodes at once.

Showrunners Dana Fox and Dara Resnik only found out about the new release plan a few days ahead of the public, but they were thrilled — not even as showrunners, just as “parents trapped in a house with children,” Fox joked to The Hollywood Reporter.

What began for young Hilde as an investigation into a neighbor’s death instead turned into a deeper look at a cold case involving the kidnapping of Matt’s childhood best friend, Richie Fife. In the finale, Hilde’s work led to the true culprit being caught — and it turns out that Richie is likely not dead after all. The big mystery for season two, then, will involve Matt and Hilde looking into what happened to Richie and why he didn’t return to the small town of Erie Harbor.

THR spoke to Fox and Resnik about the first season’s biggest mysteries, new details about season two — which was more than three episodes into production when the coronavirus brought production to a halt — and what inspiration they’re taking from the real-life award-winning kid journalist Hilde Lysiak.

When did you know about the renewal, and how much of season two had you plotted?

Dana Fox What Dara and I knew that we wanted was an incredibly satisfying ending to the mystery that we’re talking about in season one. When I watch TV shows where I fall madly in love with some mystery, and I’m obsessed with some specific crime, it’s always been a little tough for me when they completely wrap it up over the course of the first season, and then they move on to something totally different in the second season, and I come back for the second season and I say, “Wait a minute, but I loved that other thing.”

I wanted us to end the first season in an incredibly satisfying way where you do find out the answer to the mystery, but what you realize is it’s not the end of the story. It’s actually the beginning of a much bigger mystery. From a cynical standpoint, you want them to have to order the second season because you want them to want to know what happens, so we kind of did that, but at the same time, it’s just based on me being a viewer and me wanting to so badly to be able to come back for a second season where the volume can be turned up on the things that I love, but I’m going to get a new thing to really sink my teeth into. 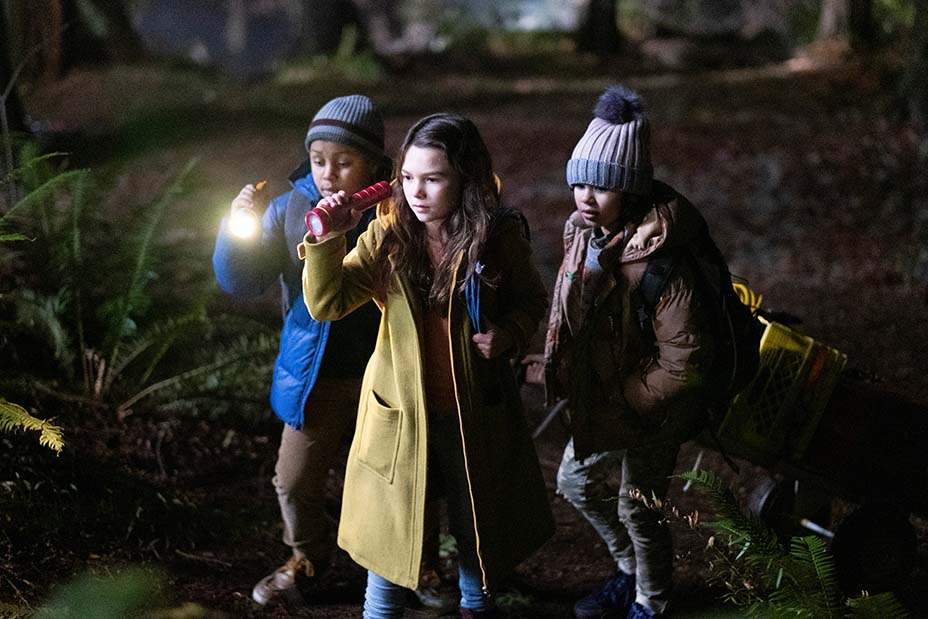 How much had you completed on season two before production stopped?

Dara Resnik We were almost halfway.

Fox We’d just finished the third episode and we started shooting the fourth episode when we realized, “Oh no, the whole world is about to shut down.” I think it was really, really good that the world shut down. We’re all a big family. We’re all excited to try to get back to each other again soon and get the show back up and running, but obviously the health of the world is a million percent more important than any of that.

'TV's Top 5': Inside the World of Apple's 'Home Before Dark'

Are there any new characters you can reveal?

Fox There’s a fun new girl that comes into Erie Harbor played by Alexa Mansour from The Walking Dead [spinoff]. We had just started shooting with her and she’s a real delight. She is a mysterious girl that shakes things up socially for our group.

Resnik I think there are new roles for people. All of our folks get to grow in the second season into new and different roles in the town. There’s nobody from the first season that’s stagnant. There’s a lot of huge surprises, both careerwise and emotionally for everyone from the family members to the supporting cast as well.

Did you take any inspiration from the real Hilde’s life for season two?

Resnik That’s one of the things that so convinces us that this show can go on for as long as Apple will let us keep making it. The real Hilde has grown so much. She was the person who broke the story that Michelle Obama was not going to run for president. She has interviewed Malala; she’s given speeches at universities; she’s gone up against an officer in a First Amendment issue. There are so many places that she’s gone, and also now she’s entering her teenage years and her parents are struggling with what does it look like to raise a journalist daughter who’s also a teenager? In every season and every episode, we’re constantly returning to what is the grounded emotional truth of Hilde and her father and that family? 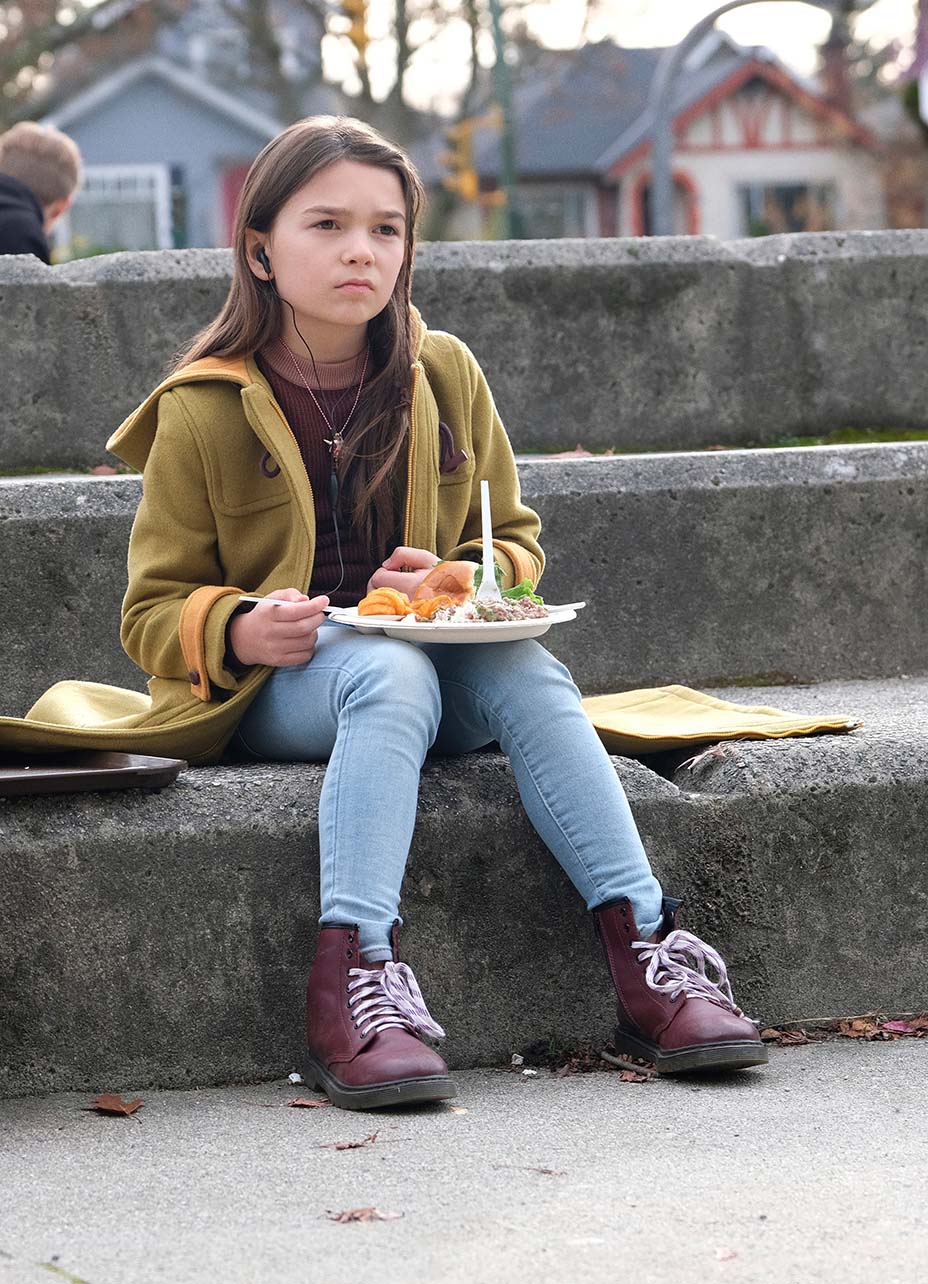 Fox I also find it amazing about how Hilde is so relentless in her pursuit of the truth and so unbending in situations where I, an adult with all of my adult skills, would probably back down, honestly. Or I’d be afraid. And the fact that she is so fearless, sometimes it scares me. But on the other hand, I’m just so endlessly inspired by how fearless she is. I think about her all the time in my own life: If this girl can do it, then I’d better be able to pull up my pants and do it. She’s just really amazing, especially in speaking truth to power. Sometimes it’s incredibly difficult to speak truth to power, and watching Hilde do that on the show has been incredibly emotional for me. There’s a moment in the final episode where she finally [confronts the sheriff who wrongfully imprisoned a suspect] and she’s trying to get the truth out of them and you hear her choking back tears. She’s angry, but she’s also trying not to cry. Even as an adult woman, I know what that feels like — to feel like everybody’s telling you that you don’t know what you’re talking about, or that you’re crazy or that you can’t do it, and you’re trying to stand up for yourself and you’re trying to do it in a way that you feel is powerful, except you’re trying not to cry and you think, “Whose idea of power is that? Why can’t I cry? What if I am emotional about this issue? Shouldn’t I be emotional if I care?”

Fox I think there’s really no end to what she can do. I was so shocked and in awe of her every day. I would have to be removed from set occasionally because I’d be crying so hard. Yes, Brooklynn is so professional and she learns all of her lines and she can really get into the character and she thinks so much about who Hilde is. But the thing that is so powerful is because Brooklynn is such a deeply feeling human being, when she finally steps into the role and is saying the lines and is in the moment, you’re not watching her acting a feeling. You’re watching her have the feeling. She is experiencing that feeling, and it’s just so extraordinary to watch.