Three weeks out from its Jan. 2 season premiere, The Celebrity Apprentice understandably is having trouble escaping the shadow of its 11-year host. NBC’s longest-running reality franchise, now fronted by Arnold Schwarzenegger, returns the same month that the man who made it a hit is scheduled to be sworn in as the 45th president of the United States. Much to NBC brass’ likely chagrin, it was revealed Dec. 8 that Donald Trump will retain an executive producer credit and profit participation on the MGM- and Mark Burnett-produced Apprentice. Trump’s camp even said he might take a role in the show, though the president-elect blasted that suggestion (which originated with adviser Kellyanne Conway) during a Dec. 10 Twitter outburst.

Schwarzenegger, who was vocal in his lack of support for his fellow Republican, bats off the controversy. “I come from a marketing mentality, and the most important thing is that every American knows this show is coming on,” he says. “I hope everyone chills and just sees the show for what it is.” 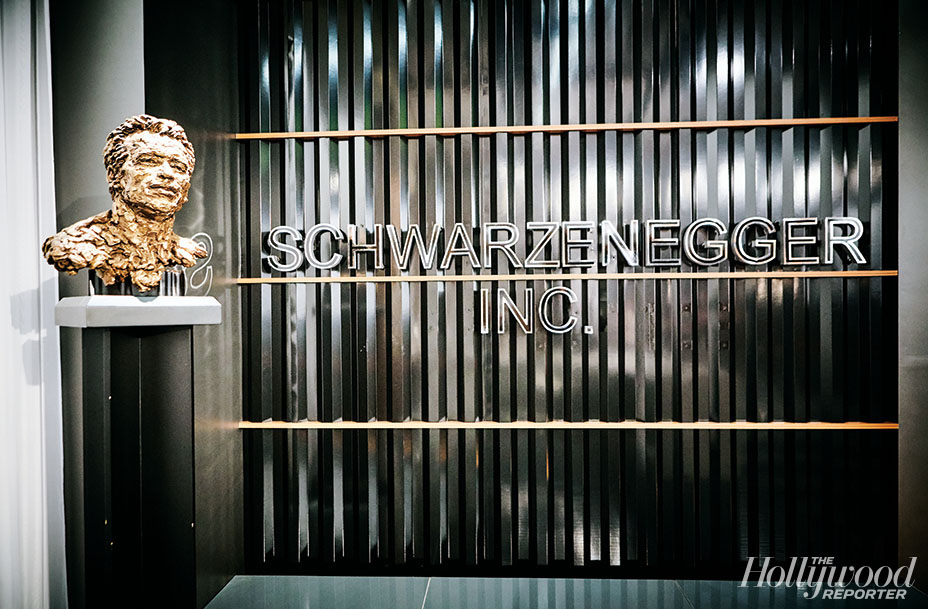 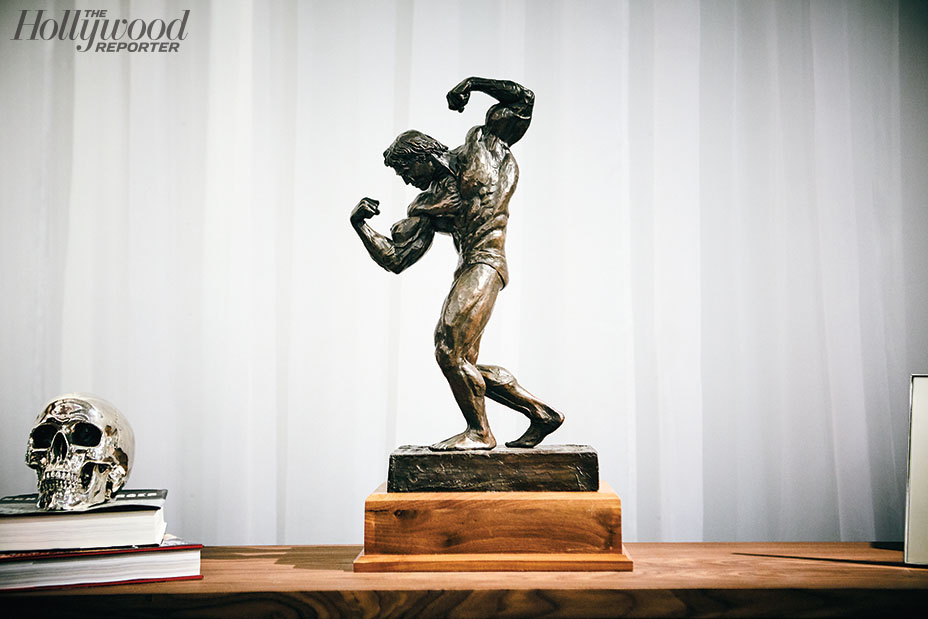 The 69-year-old former California governor, who like Trump was the subject of sexual assault allegations during his own 2003 political campaign, has avoided the subject of Apprentice‘s association with Trump, though he has said he always was aware of it (“I made royalties” as governor, he noted during a Dec. 9 press event for the show). But combine the current spotlight on the show with Trump’s affinity for social media and penchant for watching programming related to him, and this awkward scenario indeed could work in Schwarzenegger’s and NBC’s favor. Trump’s most recent Apprentice season averaged an impressive 2.4 rating among adults 18-to-49 and 7.6 million viewers — and that was with a fraction of the attention now being showered on the show.

New 'Apprentice' Host Schwarzenegger on Trump: "I Made Royalties" When Serving as Governor

NBC hopes to further build buzz by playing one hand close to the vest: Schwarzenegger’s version of “You’re fired,” Trump’s indelible diss for 14 seasons, has yet to be revealed. “We narrowed it down to like eight of my sayings from the movies and one other option, but even I don’t know yet,” says Schwarzenegger. Multiple endings were shot for every episode (filming on the Marina del Rey set wrapped in March for all but the live finale), and NBC reality chief Paul Telegdy has gone on record saying heads will roll if the selection leaks before its television debut. 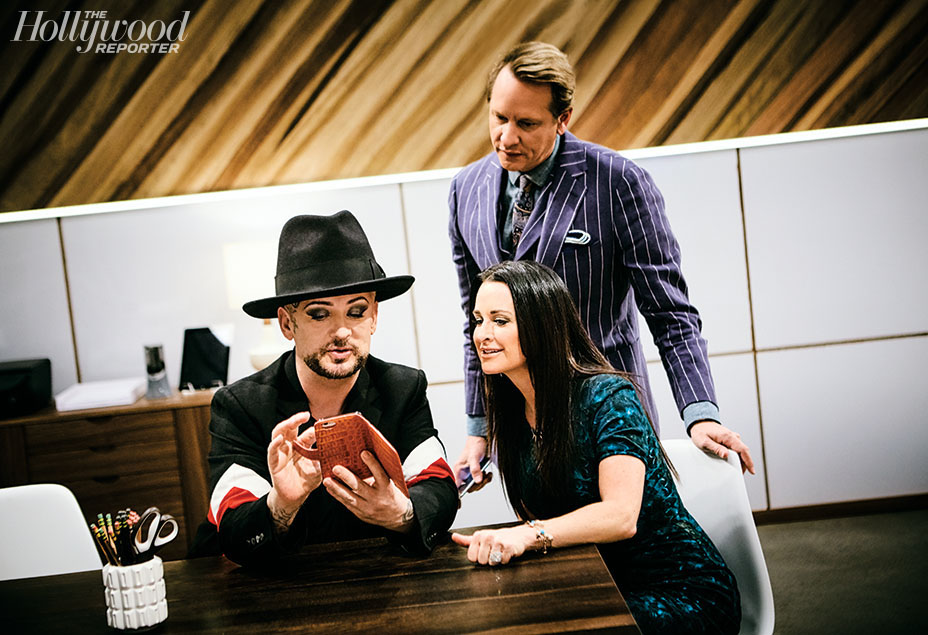 The “Governator” is said to have further distanced himself from Trump by cultivating a friendly atmosphere on set. But, true to Apprentice tradition, the camaraderie doesn’t necessarily translate to the screen as one turn of phrase on the show is not up for debate. “Out on the street, you can call me Arnold,” he says with a smile. “But in the boardroom, it’s Governor Schwarzenegger.”

Arnold Schwarzenegger Says Trump "Has No Interest in Being Involved" With 'Apprentice,' Would Still Take His Advice

President-elect Donald Trump has made no secret of his desire to spend as much time as possible at his personal residences — namely his penthouse suite at Manhattan’s Trump Tower — during his time in office. But what happens when President Trump comes to L.A.? In 2007, Trump paid $7 million for a 5,395-square-foot Colonial at the corner of Canon Drive and Sunset Boulevard (in the one precinct on L.A.’s Westside that voted for him), where Michael Wolff interviewed him for THR in May.

On short trips to L.A., he reportedly opts for a bungalow at the nearby Beverly Hills Hotel. Were he as president to bunk at his five-bedroom house, security could turn one of Beverly Hills’ busiest corners into a logistical hellscape. Neighbors of President Obama’s Hyde Park home in Chicago contended with barricades and guards 24 hours a day. 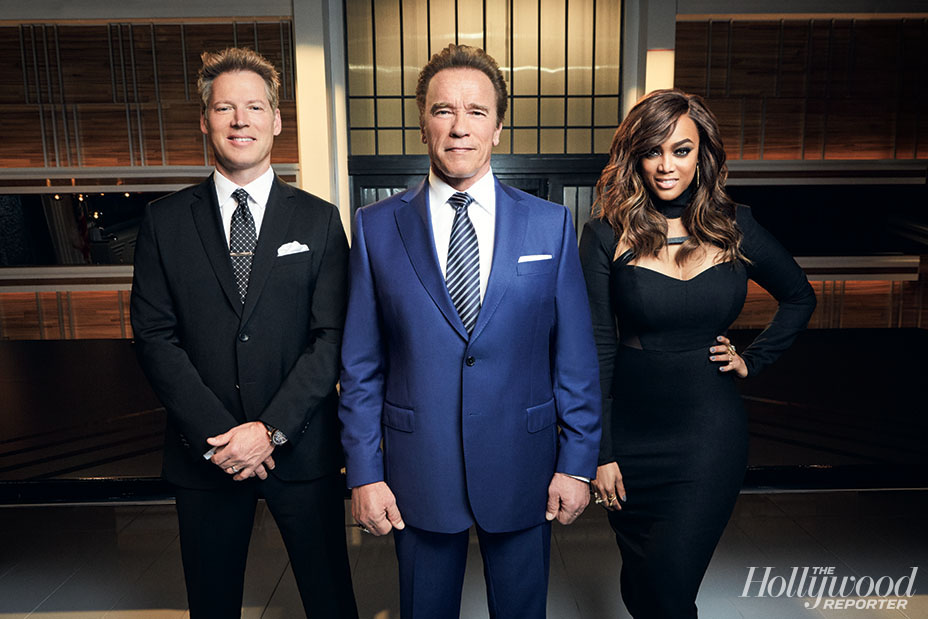 A spokesperson for the Beverly Hills Police Department tells THR that presidential security measures are determined by the Secret Service and that BHPD had received no notifications regarding the home. A spokesperson for the Secret Service had no comment on “our protective measures.” Monique Voyagis, a Trump supporter and 12-year resident of Beverly Hills, was pleased to learn of its high-profile owner. She says Beverly Hills residents are used to POTUS-induced traffic jams. And if Trump’s home should become a flashpoint for protests? “I doubt it,” says Voyagis. “Beverly Hills people are quite reserved.”