[This story contains spoilers for the final episodes of the Arrow-verse crossover Crisis on Infinite Earths on The CW.]

After eight seasons and multiple resurrections, Oliver Queen has officially died on Arrow. As expected, the superhero who launched an entire universe sacrificed himself for the sake of all humanity. After eight seasons of fighting for the greater good, Stephen Amell’s titular character made the ultimate sacrifice.

While Arrow-verse architects Marc Guggenheim and Greg Berlanti had long hinted at Oliver’s final fate in the Crisis on Infinite Earths mega-crossover event, it is nonetheless surprising for the character to take his final bow two episodes before the flagship drama’s series finale.

In an exclusive interview, The Hollywood Reporter spoke with Arrow showrunner Beth Schwartz about crafting Amell’s exit, whether the actor will appear in the series finale and more about the female-driven spinoff in the works at The CW.

[Editor’s note: The crossover also featured a surprise cameo by big-screen Flash Ezra Miller, which THR was unable to discuss as the network did not provide a screener for review before this interview took place.]

Walk us through the discussion and ultimate decision to kill off Oliver.

Well, it was definitely a decision that was made [a long time ago]. I know that Marc had discussed it with Greg, and that was how we would end the series. So that’s how it came about. And obviously this is our last season, so it all kind of worked out.

The character has been been brought back to life multiple times throughout the show’s run. This is the one that sticks, right?

Yes, he is really dead this time. Because the whole point of this death and the culmination of what brings us to the crossover is that everything he’s learned throughout the series and these past eight years has led him to this moment to give the ultimate hero’s sacrifice. And that’s his life — to save everyone else. That’s what a hero does. His journey has led him to make that ultimate sacrifice for his family, for his friends, for the other superheroes. And it just worked out in the timing of doing Crisis that the story made sense.

Is the last we’ve seen of Stephen Amell on Arrow?

It is not. He will be in the in the series finale. 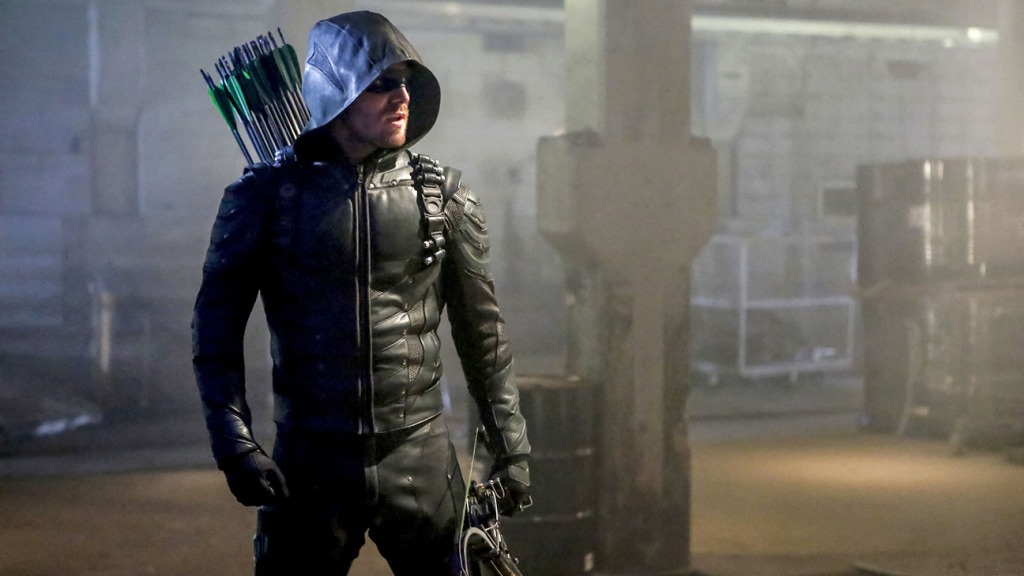 Could he return at any point across the Arrow-verse in the immediate or distant future? Not necessarily just Arrow, but any of the other shows?

What was his reaction when you told him the news of how everything was going to go down?

He loved it. Stephen has always felt on the same page creatively as Marc and Greg in terms of the way to end the show. In our series finale we have the challenge of, what is his role in the finale once he dies in eight? Once we came up with that, Stephen loved it. And I will not tell you what that is. But he’s he’s been very happy with his final season.

What, if any, feedback did he have when it came to what he hoped to see for his character in both his death and in the final season as a whole?

I feel like for the final season, once we pitched him what we were doing, just the plan — how it was different structure, different than the previous seasons, and it was all leading up to the crossover — I think he was fully on board. Even when we first switched things up with the flash wars and season seven, he loved all the surprises and the twists and keeping things fresh. He was completely supportive.

Can you talk a little bit about the timing and the decision to kill him off at the end of Crisis rather than in the series finale?

To my understanding, that was always going to be the plan: for him to die at the end of Crisis. But we had a couple more episodes left. We stated in season seven that he was going to die, and the only mystery or card to turn was, when in the season is he going to die? And I think we all collectively liked the idea of it not being the series finale, because we’ve seen that before and we wanted to do something different.

In the comics it’s Supergirl who dies. Why the switch to Oliver and Arrow?

I believe when he made the decision — Oliver, that is, when he had that bargain with the Monitor last season — that we always knew that was going to mean his life, and so it was always going to be Oliver from that point on.

What sort of larger impact or point did you want to make by killing off the character?

I think the way that it affects everyone else: He saves the multiverse. He basically resets the timeline for the future, for his future children that we’ve seen in the flash-forwards. You’ll see in episode nine that their lives are very different. Any parent would want to sacrifice their own life to give their children a better future, and Oliver actually did that. His sacrifice changes the future for all the different shows and his children.

Stephen Amell to Star in Pro Wrestling Drama at Starz

How does Oliver’s death impact the rest of the characters and the heroes in the Arrow-verse?

These are questions for the other showrunners, but it starts off the Legends of Tomorrow season. Arrow was the first show, and all the other new shows came from Arrow. Every single character on the shows has their own relationship and emotional connection to that character, and they’ll be forever changed by by his death.

This is the Arrow-verse’s biggest death ever, and it’s also the character that launched the entire franchise. What did CW CEO Mark Pedowitz say when you told him that you were killing the face of the franchise?

He’s very supportive of the creative and always trusted in us and our decisions. It’s the right story to tell. It just was. And it it paid off for the entire series, and it affects all the other series, and there was just no other way to do it. 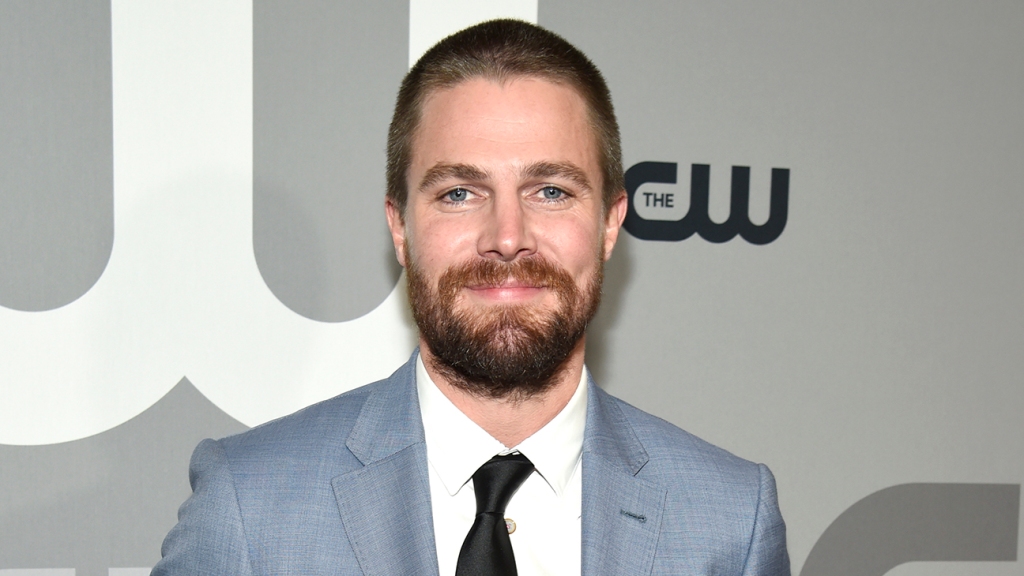 How would you describe the series finale?

In one episode it honors the entire series and finishes several storylines [for] characters from all of our seasons, basically — past and present — in a hopefully very satisfying way.

You’ve been working on the female-driven Arrow spinoff. Do you see that show as a way to continue telling stories in the Arrow corner of the wider shared universe?

I think it’s definitely a way of honoring Oliver’s legacy, because it’s his child and also the women who fought alongside him. But it’s going to have its own fresh spin to separate it from Arrow.

Because I haven’t actually seen the episode yet, is there anything else I should be asking you about?

Is there anything else you want to say about the final stretch of episodes?

It still doesn’t feel real that the show’s ending. I’m the last woman standing, with me in post in the offices. With each mix we do it’s getting closer and closer to the end, and I just feel really proud of everyone who has worked so hard in this ambitious final season. We’re super proud of the product that’s come from it and just are really hoping the fans enjoy it as much as we do.

It must be so weird to be the last woman standing.

Yes! I saw Stephen the other day, and we both had this moment of, like, what are you doing now? He usually goes back to set at this time and I’m an office alone without a ton of other people, and it feels surreal still. Until the series finale airs I don’t think it’s really going to hit me.

The final two episodes of Arrow air Tuesdays on The CW through Jan. 28. The series finale will be preceded by a retrospective special.