Iron Man, Hulk, Black Widow, Thor, Hawkeye, Captain America. The six founding Avengers are on a collision course with destiny in Avengers: Endgame, an adventure from which one or more of them may not walk away. As the end of the line draws near for the original heroes of the Marvel Cinematic Universe, The Hollywood Reporter’s Josh Wigler offers up predictions in a new series of Final Path columns, with all eyes on the six aforementioned Avengers and their deadliest enemy yet, Thanos. Up next in the series: Hawkeye.

“Do you know what it’s like to be unmade?”

Jeremy Renner’s Hawkeye is one of the few Marvel Cinematic Universe heroes still standing who has an exact idea of what it feels like on the other side of the snap, having had his brain hijacked years ago by Loki (Tom Hiddleston). Thanos (Josh Brolin) didn’t erase Clint Barton from existence, no, but the eagle-eyed Avengers nonetheless can relate to the feeling — and as a result, one gets the sense that he’s going to feel the loss of half of existence on a deep, personal level.

The details of what lies ahead in Avengers: Endgame are under strictest lock and key, the point that even the trailers and marketing material are limited in scope. When it comes to Hawkeye, however, there are some low-hanging fruits to pluck; easy targets, as it were. Ahead, we’re taking the bait, as we look back on Hawkeye’s Avengers adventures thus far, and take aim at where he’ll wind up by the end of Endgame. 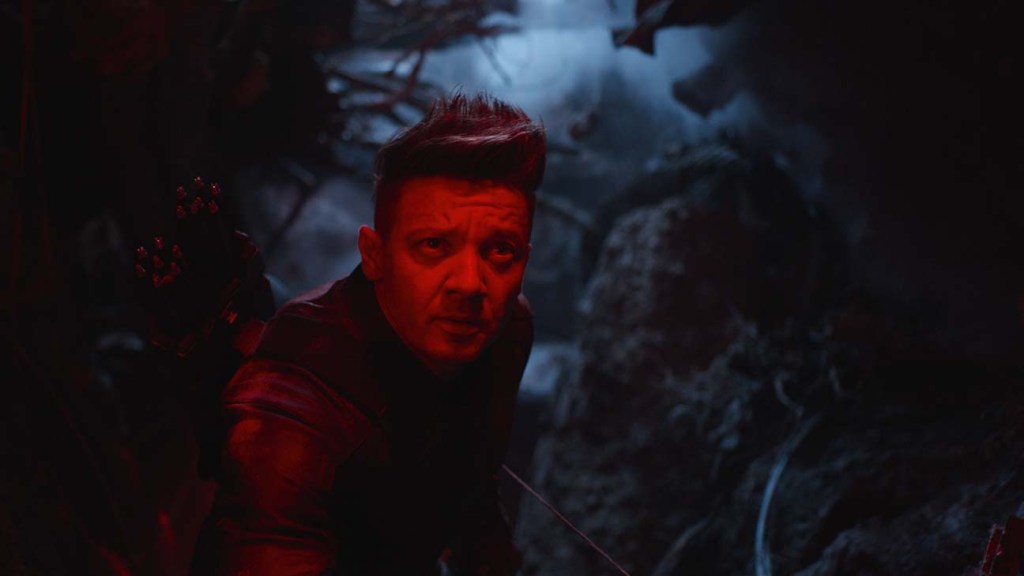 First Appearance: 2011’s Thor, in an appropriately blink-and-you’ll-miss-it fashion. Clint first shows up when Thor is muscling his way toward Mjolnir, hoping to reclaim his hammer. The God of Thunder marches forward with no idea he’s under the watchful eye of a future colleague — not that Hawkeye would be able to do very much to stop the Asgardian in that moment, but still, points for style.

Worst Appearance: Does it count if the answer is a movie he didn’t appear in? Hawkeye was on the bench for Avengers: Infinity War, one of the few major pieces of the Marvel Cinematic Universe to sit out of the Thanos action altogether. Endgame may provide us with enough Hawkeye to make up for his absence in Infinity War, and may even offer up a storyline that makes his absence a necessary part of the eventual arc. For now, sight unseen, his invisible Infinity War contribution as a founding member of the Avengers stands out as a disappointment. Happy to be proven wrong very soon.

Best Appearance: 2015’s Avengers: Age of Ultron. If we’re getting into his actual worst appearances, rather than his lack of appearances, then it would probably be 2012’s The Avengers by default. He’s barely in Thor, but at least he’s himself, filled with promise. In Joss Whedon’s inaugural Avengers epic, Clint is little more than a Loki lackey. He finally bursts free from his shell in Age of Ultron, the less celebrated of Whedon’s two Marvel Studios films, thanks to the introduction of Hawkeye’s secret family; a really great humanizing trait, one that’s sure to pay dividends in Endgame.

Last Appearance: 2016’s Captain America: Civil War. Barton steps out of retirement in order to aid good pal Steve Rogers (Chris Evans) in his dispute against Tony Stark (Robert Downey Jr.), and ends up arrested for all his troubles. Last we heard, Hawkeye was under house arrest after taking a plea deal over his involvement with Rogers. He hasn’t been seen since.

'Hawkeye' Miniseries Starring Jeremy Renner in the Works at Disney+

Best Friends: Much as a loner like Hawkeye can have friends, he’s found at least one person he can truly rely on: Natasha Romanoff (Scarlett Johansson). She’s one of very few people with feet in both sides of his life: his professional work as a sharp-shooter, and his personal life as a family man. In the little footage we have seen of Hawkeye since Endgame trailers have started coming out, he’s either seen entirely alone, or with his old sometimes-red-headed friend. Clearly, he has a soft spot for Steve, too, or else he wouldn’t have taken up arms on his behalf in Civil War.

Worst Enemies: Not a huge Loki fan, considering his treatment in Avengers; but Loki’s dead now, literally crushed at Thanos’ hands. Hawkeye may feel like he was denied a shot at vengeance against the Trickster God, but in reality, he’s likely to have other reasons to want Thanos dead…

His Most Heroic Moment: Stepping out of retirement for a cause he believed in. Not an easy feat to stand up against respected colleagues, especially when one claims to be hanging up the bow and arrow for good. Hawkeye stepped up anyway, playing a key role in Captain America’s last solo adventure. One imagines his latest steps away from retirement will be even more heroic, if a bit rougher.

His Biggest Mistake: Not stepping out of retirement for Infinity War. We joke often about Hawkeye and his place alongside Earth’s Mightiest Heroes. He’s just an archer, right? But he’s an archer with precise aim — and with Ant-Man (Paul Rudd) on the tip of his arrow, the war against Thanos could have ended in a flash. (Yes, we’re still talking about that theory.) 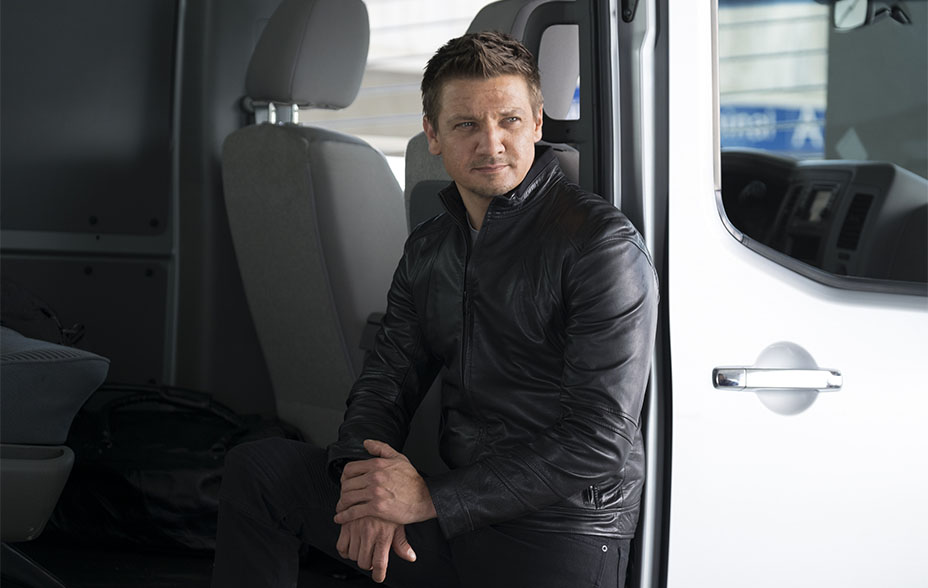 Final Predictions: First of all, Clint won’t be responsible for bringing down Thanos, at least not all on his own, and at least not by firing Ant-Man off into parts unknown. But will Hawkeye still play an instrumental role in defeating the Mad Titan? Absolutely — and it will almost certainly be at his own expense.

At least one of the core Avengers is likely to die in the coming film. Hawkeye ranks right at the top as far as likely candidates, for a wide swath of reasons. He’s the most underutilized original Avenger, and therefore the most expendable. He’s the Avenger with the most limited skill set, and therefore the most susceptible to Thanos’ wrath. Above all else, he’s the one who has nothing left to lose, assuming all the theories about his Infinity War absence pan out — namely, that his precious family was snapped out of existence thanks to Thanos’ terrible victory.

New 'Avengers: Endgame' Spot Promises Chance to Take Everything Back

Trailers for Endgame feature Hawkeye wearing the familiar garb of “Ronin,” one of his alter-egos from the comics. Clint first made his debut as Ronin following his own death and eventual resurrection, with the Ronin mantle eventually passing onto other characters. The Hawkeye mantle passed on as well, for what it’s worth, and seems like a tradition that will follow in the Marvel Cinematic Universe, given the news about Marvel’s planned Hawkeye Disney+ series.

If Endgame reverse-engineers Hawkeye’s comic book fate, then it could play out something like this: he loses his family as a result of the snap, seeks vengeance under the Ronin moniker, rejoins his friends in an effort to topple Thanos, falls into a no-win scenario, and sacrifices his life in a split-second choice to save his friends. Though Renner will certainly appear in the eventual Hawkeye series, there’s no reason he can’t show up in flashback form, rather than as an active player in the Marvel Cinematic Universe.

The simple fact is for Endgame to be taken seriously as an end to a certain era of the MCU, then one of the original heroes has to take their final bow — and there’s no better candidate than the bowman Clint Barton.

Last Hope: For Kate Bishop, the Hawkeye successor, to make her debut in Endgame. Someone will wield the bow once Clint Barton takes his leave of the superhero life. No better time for that process to begin than the grand finale of the Marvel Cinematic Universe’s Infinity Saga.