In Losing Alice — an eight-episode Israeli series that premiered stateside this past weekend on Apple TV+ — a 48-year-old film director and mother of two, Alice (played by actress Ayelet Zurer), is feeling stuck professionally. She then meets, perhaps by chance, perhaps not, a young writer, Sophie (Lihi Kornowski) on a train who is a huge fan of her work. Small world: Sophie has written a script that is being made into a film starring Alice’s husband, a famous Israeli actor (played by Gal Toren). Soon after, Alice signs on to direct the project after its initial director has mysteriously disappeared.

The result of this decision throws Alice into a tale filled with intrigue, obsession, and the crossing of moral boundaries, not to mention the awkwardness and frisson of Alice directing her own husband in sex scenes with the much younger Sophie. Zurer gives an enthralling performance in the show (written and directed by Sigal Avin), memorably in scenes where her character has just gained a new shred of information, and Alice cycles moment-by-moment through waves of suspicion, defensiveness, and machination. (The newest episode airs on Friday, Jan. 29.)

“I think Sigal did something amazing. She was very brave to leave the camera on and let the process go through and show all the doubts, the passions, all the sub-conscious,” says the L.A.-based, Israeli-born Zurer, known for work in such films as Munich, Angels & Demons and Man of Steel. “She gave it a lot of time to just be there.” Which meant, says Zurer, when it came to the acting, “You couldn’t cheat.” 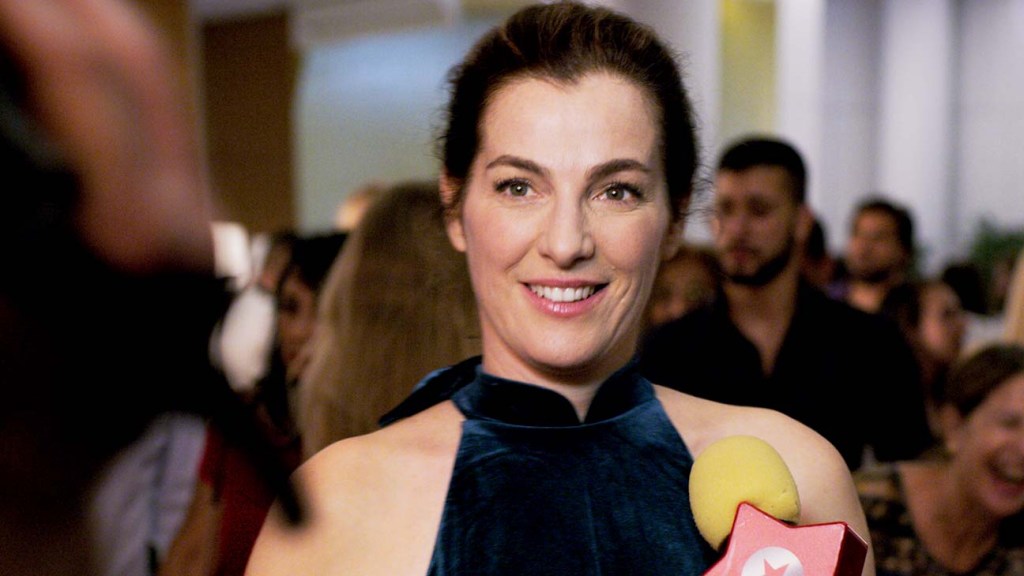 One of the strongest things that drew Zurer to the role was how the show explores the interplay of goals and responsibilities that affect women in today’s world and digs into the idea of “how perfect we ought to be.”

“I feel like there are very few female characters that have this variety and complexity. She is just really different from what I have seen before,” says Zurer, who mentions a scene in the series that addresses the guilt Alice feels about making the film, with its lengthy shooting days, and the feeling of neglect her children voice.

“There’s always guilt. If you don’t feel guilt, there’s guilt for not feeling guilt. If you do feel guilty, you feel guilty. It’s not just society. We are less forgiving I think sometimes even to ourselves,” says Zurer. “There was a whole discussion with Sigal regarding that and how in order to women choose self-expression and self-realization, sometimes we have to either make them either a victim or a savior.”

Zurer spent nearly three months filming Losing Alice in Israel in 2019. “It was a very intense shoot because in Israel you shoot per location. So you have to be done and you move really fast from one scene to another,” she says. 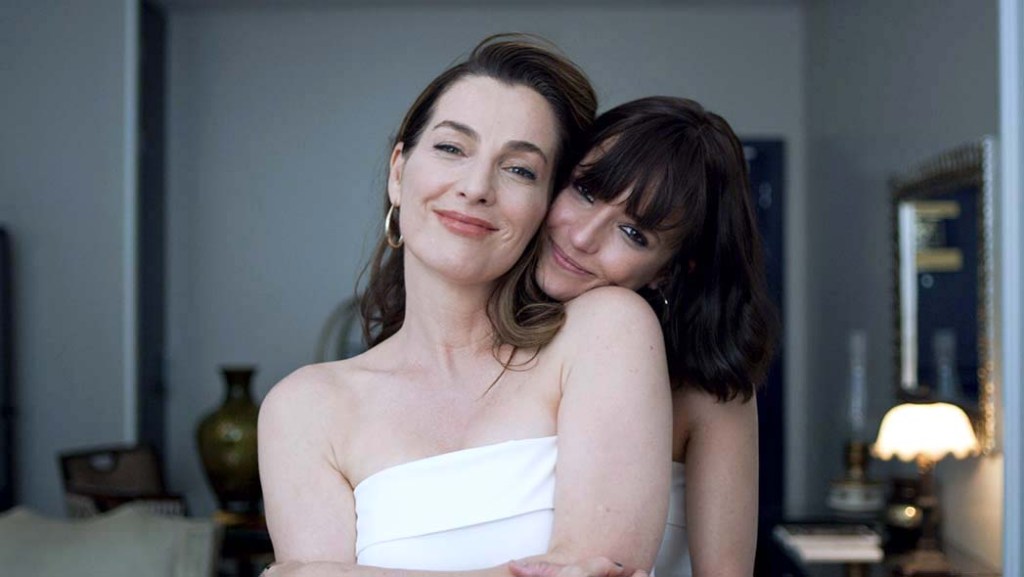 It’s a part though that she almost didn’t play. Avin had reached out to Zurer about the role early on, but the actress, who was in L.A. at the time, didn’t want to read for the role over Skype. “She sent me two scenes and they were amazing,” says Zurer. Ultimately though, “to perform them the way I wanted to perform them, I couldn’t do them on Skye, without blowing it really,” says Zurer. “I needed the room, I needed the actors for that kind of material.” After that, says Zurer, “I let it go.”

Later, however, after Zurer’s mother had come to visit the actress in Los Angeles and had fallen and broken her elbow, Zurer flew with her mom back to Israel. “I had to fly home and be with her to have her surgery. And Sigal reached out to me. She said maybe you are here because it’s the holidays. She had a hunch I guess because no one knew I was there.”

Zurer came in — “It was really, really last minute. She had wonderful actresses as options, but she was not sure,” she recalls — and read two scenes, one with Kornowski and one with Toren. “It was such a magical reading. It was very clear that it was just kind of right,” says Zurer.

At that point, the actress had only seen those two scenes. “Sigal was very protective of her material. She was not giving it to anyone,” says Zurer. “That evening, we sat down in a coffee shop and she gave me the yes. Then when I flew back home she gave me five episodes to read and promised the rest later.”

Zurer only was given the last episode to read after rehearsals for the series were completed, because, says the actress, there is such a “a definite journey from the beginning to the end, where Alice starts and where she ends. Sigal was very adamant about me really keep the first Alice in my mind versus the end Alice.”

During the pandemic in Los Angeles, Zurer has mostly stayed at home, working for a few days in L.A. on the third season of the Netflix show You as well as flying to Israeli at one point to shoot a commercial. “I quarantined for two weeks and shot for two days and went back home. It was the strangest thing,” says Zurer, who has lived in L.A. for 15 years and is married and has a son. “I came here after Munich and I landed one movie and then another one and we stayed.” In recent months, she says, “We’ve been writing — I have a writing partner — so we write and we developed a few things and I kept renovating my home, painting the walls myself, and cooking and really watching a lot of TV. There’s nothing I haven’t binged.”