For Nick Viall, the fourth time has to be the charm.

The Bachelor‘s next leading man is a familiar face on the ABC franchise, which is why he didn’t immediately jump at the chance when he was asked to star in the 21st season of the reality dating series.

“When I was asked to be the Bachelor, there was certainly some nerves and fears,” Viall told The Hollywood Reporter during a conference call with reporters on Wednesday. “But having gone through it, I’m not someone who tends to look back. I try to look forward.”

And it’s his knack for falling in love that keeps bringing him back. The 36-year-old entrepreneur is a two-time runner-up on The Bachelorette and was a contestant on the most recent cycle of the franchise’s summer spinoff, Bachelor in Paradise.

'The Bachelor' Franchise Coming to Snapchat in Disney-ABC Deal

“I definitely found love,” he said of opening his heart again, only this time to the 30 women who will be featured on the upcoming season when it premieres Jan. 2. Still, that doesn’t mean he will walk away as an engaged man. “Whether it’s on The Bachelor or in life, I don’t think I’ll ever give up on the idea of finding love.”

ABC’s selection of Viall was a controversial pick, given his reputation on the franchise — something he acknowledges.

“Overall, me being asked to be the Bachelor was viewed as an unconventional choice,” said Viall. “Relative to my peers in the past, I’m probably a bit more unconventional, and that might be a theme you will continue to see with me as the Bachelor. I’m not afraid to play by my own rules and follow my heart and do what I think is best, regardless of majority opinion.”

The past two seasons of the franchise bent show rules by allowing Bachelorette JoJo Fletcher and Bachelor Ben Higgins to tell contestants they loved them before the finale’s proposal. Given Viall’s history, there’s no telling which traditions he will honor.

'The Bachelor' Power Rankings: Nick's Contestants Ranked After Night One

When Viall placed second on Andi Dorfman’s season of The Bachelorette in 2014, he earned villain status when he revealed during the live After the Final Rose finale special that the pair had sex in the private fantasy suite. One year later, he returned to the franchise as an untrustworthy contender and had his heart broken again on national television as runner-up with Kaitlyn Bristowe.

But when he appeared on Bachelor in Paradise this summer, he earned points back with viewers of the long-running franchise, who watched him walk away from contestant Jen Saviano, marking his third failed attempt at finding love on TV.

“When we were discussing all the candidates, it just got down to that final question of: Who is the most deserving? Who is the most sincere? Who have we watched time and time again really come on this show to find love and just come up short each and every time?” host Chris Harrison said of the franchise’s picking Viall. “It’s just crazy enough to work.” 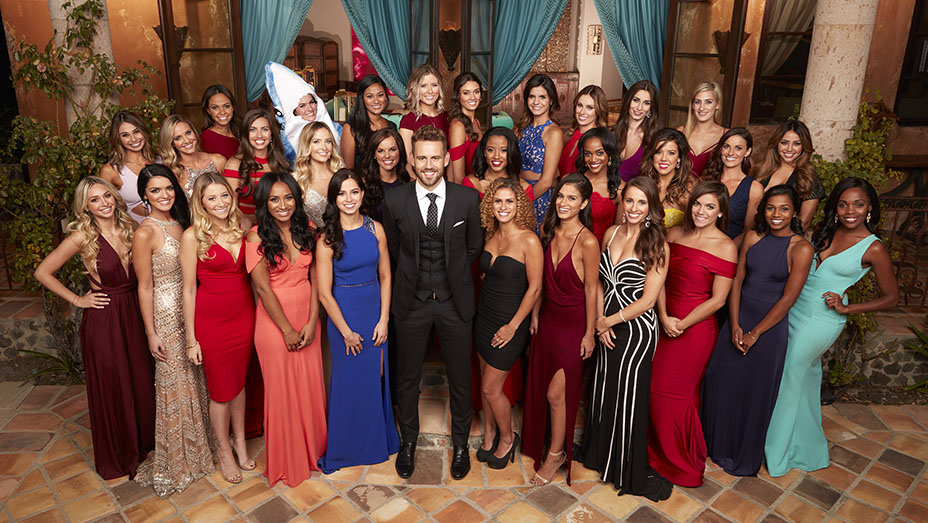 Chris Harrison on Picking Nick Viall as the Next Bachelor: "It's Just Crazy Enough to Work"

Now that filming has wrapped and Viall prepares to let viewers in on his journey, the reality star insists he’s not nervous about facing the public.

“I don’t really have any hesitations,” he said. “I’ve always been one to put myself out there, and I’ve been vulnerable in the previous seasons, so I don’t think this season is going to be any different, in that sense.”

But Viall says being the Bachelor is different than being a contestant.

“It’s a huge responsibility,” he said. “A lot goes into it, and there are no guarantees. There obviously are a lot of amazing things that come with being the Bachelor, but it’s also a lot. It’s a big commitment, and if you’re serious about it, it can be very difficult at times. It’s very personal, there are a lot of feelings that come with the hopes of meeting someone and meeting the right person. So that can be a kind of terrifying feeling. It can be challenging. Every day you face those challenges, and it’s very easy to question those things.”

Still, during the spoiler-free call, Viall said he has no regrets, adding, “Overall, I feel good about things.”

Now in its 21st season, The Bachelor continues to perform for ABC in ratings — Fletcher’s The Bachelorette matched its previous season-high when it aired its finale in August — and, thanks to the social media fervor of “Bachelor Nation” fandom, the show has become Monday-night appointment viewing for longtime viewers and celebrities alike.

“It’s pretty cool when Jennifer Aniston says you’re awesome and is rooting for you,” said Viall, who missed the show when it aired but was “certainly made aware” of it the next morning. “As far as surreal things, it was pretty cool. I have no complaints. The Bachelor used to be this guilty pleasure, and now it’s cool, almost. You have celebrities being fans, and it’s kind of a fascinating thing.”

The Bachelor returns with a one-hour preview, The Bachelor: Countdown to Nick, on Jan. 1, followed by its two-hour season premiere on Jan. 2. Check back in for THR‘s weekly Bachelor Power Rankings when the show airs.