[This story contains spoilers from the first night of ABC’s Bachelor finale.]

The finale of The Bachelor — which has been called everything from “wild” and “unpredictable” to “spoiler-free” — delivered an unexpected breakup before ending on a cliffhanger heading into the second night of its two-part ending.

Monday’s episode saw Bachelor Peter Weber readying to commit to finalist Hannah Ann Sluss after his frontrunner, Madison Prewett, eliminated herself from the dating competition. “I was head over heels in love with Madison, and Madison’s gone now. This is not how I thought it would go,” he told the camera of Prewett’s decision to end their relationship. “When you have that heartbreak and lose something that means so much to you, it hurts. It’s not just like my feelings disappear … they’re still here.”

Despite his heartbreak, Weber forged ahead with his relationship with Sluss, after telling viewers and host Chris Harrison that he is in love with two people. Still, he told viewers of Sluss: “I see exactly what I have in front of me and it’s the most perfect woman. Someone I know who loves me so much and is there for me and wants this so much and wants to get our lives started. There’s no doubt that she’s someone I want to pick first, every day and for the rest of my life.”

The episode then ended on a cliffhanger as Weber and Sluss had their final date the night before he would, presumably, propose in Australia. But Sluss noticed that something was off. “It’s hard being so certain and so sure of someone and not getting that in return. You just seem not completely there like I am. I’m just at my breaking point, honestly,” she told Weber before saying goodnight.

The trailer for Tuesday’s finale teases that Harrison will drop a bombshell on Weber right before he is about to propose. New footage that aired after Monday’s episode showed a potentially torn Weber after Prewett returns and tells Harrison that she regrets walking away. “It’s just the last thing I needed to hear. I have no more strength to give,” Weber is later heard saying.

That final week of Weber’s journey was filmed months ago, back in November. The two-night finale airs live from Los Angeles and includes pretaped footage from that last week. When speaking from the live stage, Harrison teased several times that the ending isn’t straightforward and that the story isn’t over. “If you think you’ve seen the last of Madison, you haven’t,” he said. “And if you think you know how this is all going to end, get ready to have your mind blown. Peter doesn’t even know how this is going to end.” 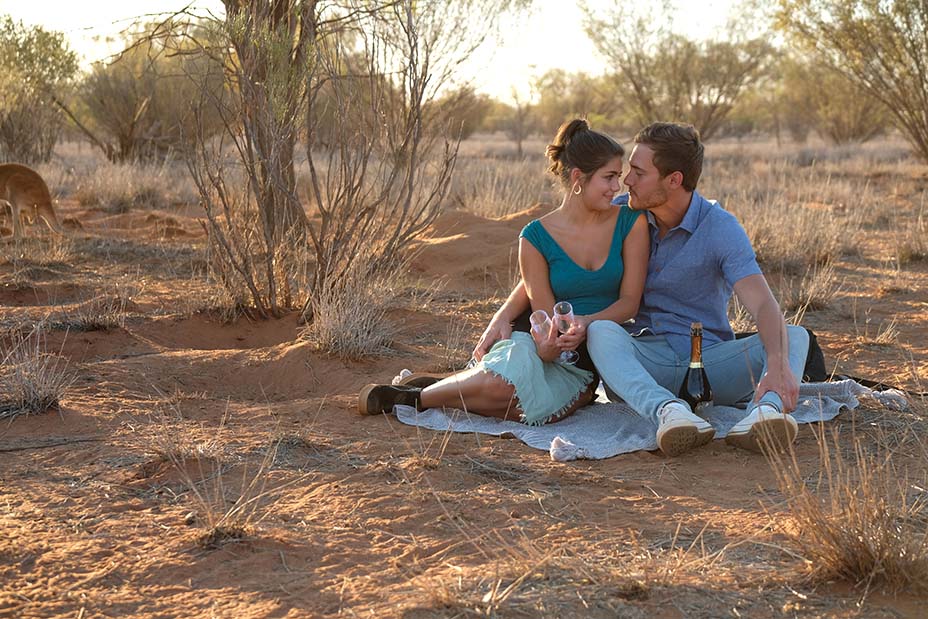 Harrison’s words follow similar messaging from both the host and Weber all season long, indicating that Weber’s story has continued to evolve in the months since filming has wrapped and up until this week’s live show, which will provide the long-awaited update on his current relationship status. At the start of the season in January, Weber promised that his ending would not be able to be spoiled and, as of two weeks ago, Harrison doubled down to say that even Weber doesn’t know how his ending will play out.

Indeed, this season is the first in recent memory to not have an ending spoiled ahead of time. Blogs and Bachelor Nation have run rampant with speculation — including a conspiracy theory that Weber ends up with a producer. Spoiler blogger Reality Steve, however, has consistently said the ending will come down to Prewett and Sluss, but that conflicting information about which woman Weber ends up with has tainted his predictions.

While Monday set Weber on track to embark on an off-camera relationship with Sluss, anything can happen during the live show, when Weber will reappear to give viewers an update on how things have played out in the last few months. As the last few Bachelor and Bachelorette finales have shown — Arie Luyendyk Jr. changed his pick after the pretaped finale and proposed to wife Lauren Burnham during the live show; Colton Underwood ended the show so he could win current girlfriend Cassie Randolph back; and Hannah Brown revealed that she broke off her engagement with Jed Wyatt during the live show — the off-camera months between the proposal and the live show are the true test to the TV romance. During that time, couples can only meet up in producer-approved locations and must keep their relationship under wraps.

Monday’s episode did answer another big question from the finale trailer, which saw Weber’s mom tearfully crying and asking her son to bring “her” home. The “her” in question was revealed to be Sluss, despite assumptions that Weber’s mother would be referring to Prewett, who has been a frontrunner throughout the season. “She’s a dream come true and God has placed her there for you. That’s what love stories are made of, someone who is so madly in love with you,” Weber’s mother told him, urging him to pick Sluss over Prewett.

Prewett had planted the seeds for her early exit when she vocalized her intimacy concerns to Weber during Fantasy Suites week. Due to her faith, Prewett is saving herself for marriage and, after giving Weber a sex ultimatum regarding the other contestants, she debated leaving the competition. Ultimately, it wasn’t until Monday’s finale that she decided to self-eliminate. 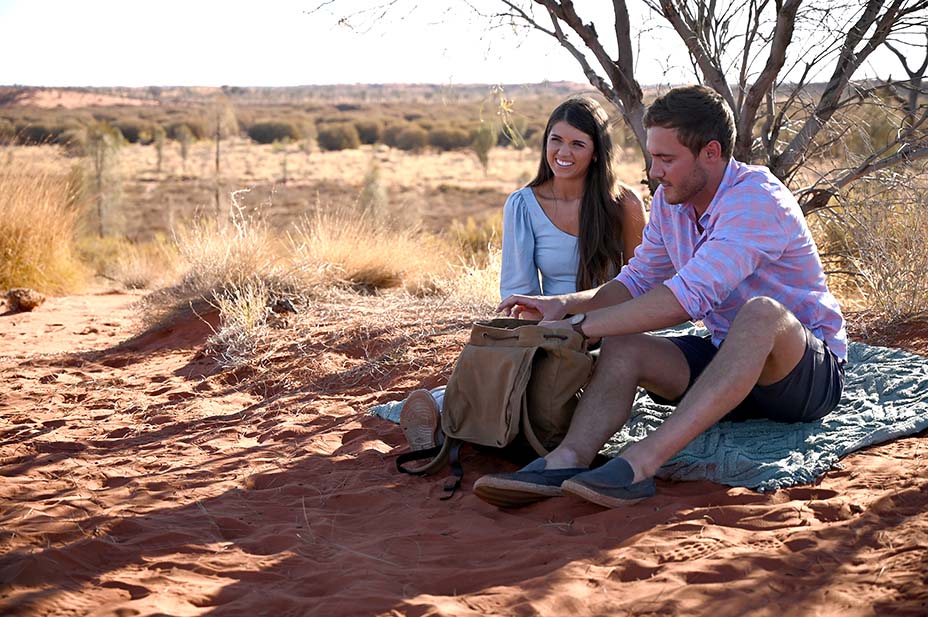 “At this point, I feel like I’m hanging on by a thread. I need to feel confident and sure and at peace, and I don’t feel that right now,” Prewett told Weber before meeting his family. “Love is not the issue here. That’s not the problem. [The issue is] all this other crap.”

After a tense visit with his family, she told the camera: “It really opened my eyes to a lot that I had been running from. We are on kind of different pages about what we want, what we need, what we expect, how we live — literally in every way.”

Despite his family vocalizing their concerns over Prewett, Weber told both his family and viewers that he was sure in how he feels. But during their one-on-one date, Prewett told Weber she couldn’t get over their differences. “I think when you want something so badly, I think a lot of times you can’t see clearly. As much as we want this, I don’t know that we can give each other what we need,” she said. “I’m willing to walk away so that you can get what you came here to find.”

When speaking to The Hollywood Reporter about the pretaped ending, Weber had said, “It was the craziest last week of my life. Things until the very last second change.”

He also said that now more than ever — after a run on Hannah Brown’s Bachelorette and after starring on The Bachelor — he believes the reality TV journey works when it comes to falling in love. Weber admittedly fell for all three of his finalists.

“I think this works too well,” Weber told THR during the taping for the Bachelor: Women Tell All, which aired last week. “And I said that multiple times because of how I was feeling for multiple people at the end. I’ve always been a believer that this worked and I wouldn’t have taken this opportunity if I didn’t. And this time around just proved to me more that, like I said, it almost works too well.”

The live Bachelor finale continues Tuesday at 8 p.m. ET/PT on ABC. Follow along here as the drama unfolds.