The Bachelorette ended its 15th season with a twisty finale for star Hannah Brown. The extended two-night conclusion marked a first for the female-led cycle of ABC’s juggernaut franchise, and during the second night the show broke format to reveal a non-traditional and unhappy ending for Brown and her winner, Jed Wyatt.

The TV event notched the network its best show ratings in two years but still left much to be desired in terms of how the story played out behind the scenes.

Speaking to The Hollywood Reporter on Wednesday, Brown helped to fill in the gaps in The Bachelorette timeline — one that ultimately led the star to call off her engagement to Wyatt, a singer-songwriter from Nashville, over accusations that he lied about a prior relationship and acted inappropriately after they got engaged.

“Nobody wanted this to happen,” Brown tells THR of the collective response from the Bachelorette production team about her ending. “This was not the love story that anybody anticipated for me, but I still learned a lot about myself and found love for who I am completely.” 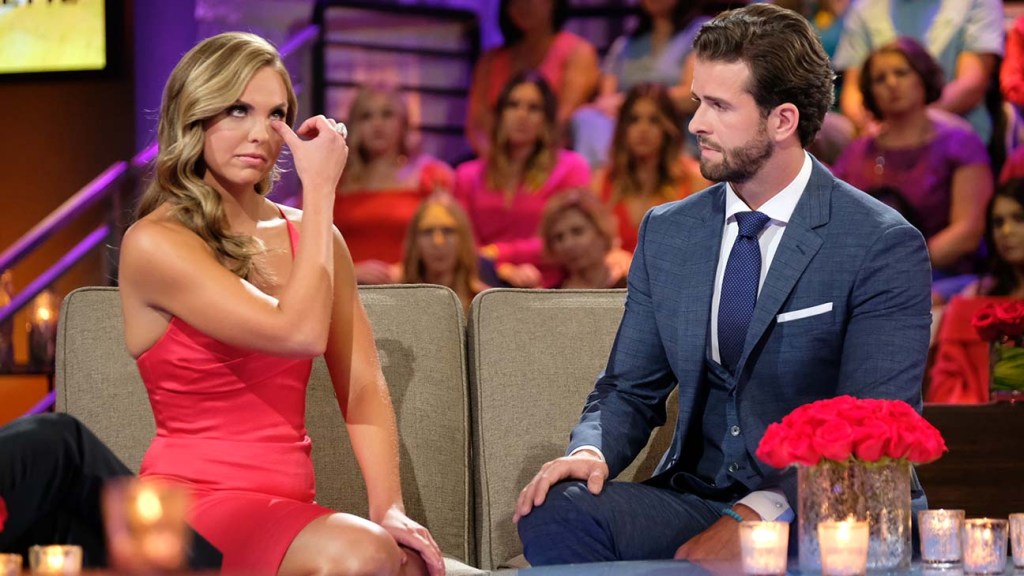 The Bachelorette wrapped filming with Brown excitedly accepting Wyatt’s proposal in Greece, which taped early in May. When Brown set out for her first press tour to promote the season that following week, the star was still engaged. Wyatt had told her after the cameras left about a relationship before he went on the show, but as Brown revealed on Tuesday night, his version of events was not the whole truth. “I didn’t know a lot,” she recalls to THR. “I knew he had hung out with a girl before filming, but I didn’t think much of it.”

Cut to June 18, when People ran an on-the-record interview with the woman in question, Haley Stevens, and Brown found herself circling details in the magazine story that were news to her. She spoke with production, and days later she and Wyatt met up in Los Angeles for the filmed confrontation that played out during the finale.

“It was a five-hour conversation of trying to understand what had just rocked my world,” Brown recalls. “It was really tough reading that article and finding out the way I did. For a few days it was really, really hard, and it’s continued to be hard. I think we had that conversation four days after, as soon as we could.”

Brown says she was in L.A. at the time and still doing press for the show. When not putting on a happy face for interviews, the star confided in her family and leaned on producers to get through what would be the beginning of the end of her not-yet-public TV romance.

“I’m really fortunate that I have relationships with the people who are behind sharing my story and that I was able to lean on them and have them support me in making my own decision,” she says of the producers. Last season’s Bachelor ending with Colton Underwood was unusual in that it didn’t end with a proposal, but Brown and Wyatt’s split would be a first for the franchise in years. “In that conversation, I needed answers. You can see that I’m emotional and upset and angry. But I needed to be strong to really understand what I wanted to do next. I think you really see everything that I was feeling. I was frustrated and upset and mad.”

The ABC franchise experimented with Brown’s cast by releasing the names early so the fans, who are collectively referred to as Bachelor Nation, could help the casting department weed out any bad seeds. The challenge did result in a handful of men not making the final cut, but Stevens wouldn’t come forward with her story until after filming had wrapped and Brown and Wyatt were already engaged.

“Casting does the best they can do,” Brown says of Wyatt making it through. “Releasing the names early was a great move in the right direction of making sure that they vet some guys out. You can learn a lot through social media and digging into that. They tried really hard for this not to happen, and I think they’ll continue to do that, especially after this.”

How 'The Bachelor' Is Evolving Its Vetting Process

At the same time that her relationship was fizzling behind the scenes, Brown’s season was airing and playing catch-up. A controversial contestant who took up much of the season’s drama, Luke Parker, would go on to shame Brown for her sex-positive attitude, forcing her to take on critics who questioned her Christian faith. But Brown stood by her decisions and continued to talk openly about sex and religion, blazing a welcome path for a franchise that has experienced sexism with past female leads and that has been criticized in the #MeToo era. Also at the end of her season, Bachelor creator Mike Fleiss was making headlines over domestic abuse allegations (news that his divorce had been settled broke just ahead of Tuesday’s finale).

“I wanted to find true, lasting love, and to be able to do that you have to show everything. This was a diary of my life, and in my life I talk about my faith; that is who I am and what I believe. But I’m also trying to find a husband and dating, and talking about sex is going to come up, and I talk about that openly. What I want, what I don’t want; when I’m ready and when I’m not, and how it affects me. I am really appreciative that was shown in my story,” she says of opening the door for the franchise to explore more conversations about topics that have been shied away from in the past.

“It’s been a different experience for me that I don’t think that a lot of people before me in this role have had,” she continues, “all the support and backlash you can have from that. It’s been a lot to take in.”

During the first night of the live finale, Brown decided to lean into a quote that went viral about her having sex in a windmill-themed room during Fantasy Suites week. After saying she and the contestant, Peter Weber, had sex twice while on the show, she clarified in front of the live audience and viewers that they actually had sex four times during that overnight date. The confession prompted a feverish response from the audience and garnered her additional praise on social media.

“I think I really did open a conversation for women to be able to share their stories and not to feel shame in any decisions that you’ve made, to learn and grow from those and decide what’s right for you,” Brown says, reflecting on her season. “Everybody has different views on faith and sex and what they’re comfortable with, and just because I was comfortable or uncomfortable to a certain extent about different things doesn’t mean that’s the same for everybody else. That’s the conversation that we need to have.”

She continues, “Don’t call me a ‘slut’ because you know that I did something in a windmill. I take sex very seriously and was in a serious relationship. Nobody knows how that’s affected me, and it’s really nobody’s business unless I want to share — because I’ve shared a lot. And as far as my faith, that’s a heart thing. I try to live my life by what I believe to be true, and other people don’t know what I’ve been through. They don’t know what type of conversations I’ve been having with the Lord. I hope the way I’ve handled all this can allow other people to start talking about the real important things, too.”

In closing one door, Brown opened another by asking her runner-up Tyler Cameron on a date to end Tuesday’s live finale. Both Brown and Cameron have taken to social media to say they are excited to grab a drink, but Brown is once again taking control over her own narrative. 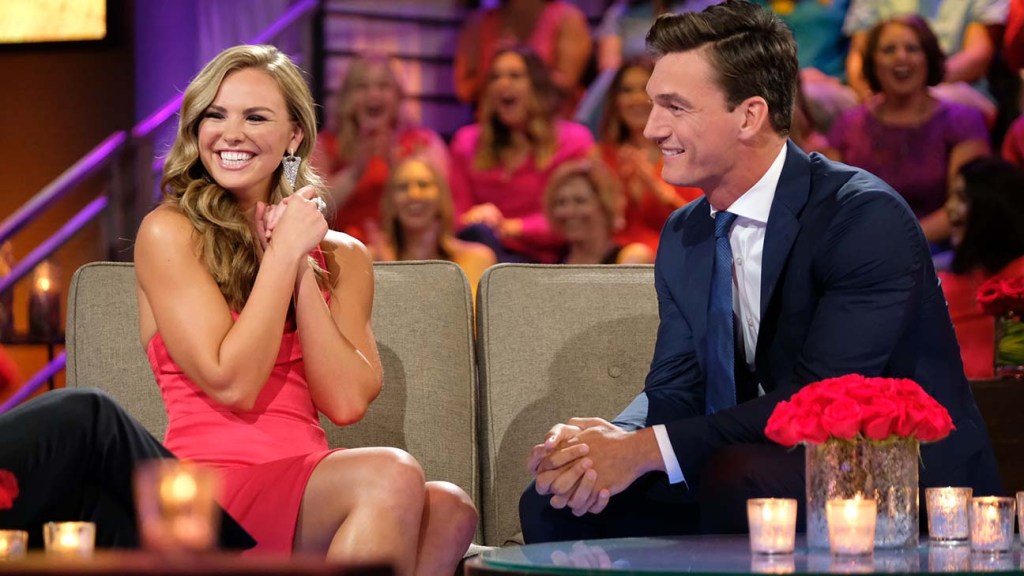