[Warning: This story contains spoilers from the July 17 episode of ABC’s The Bachelorette.]

Rachel Lindsay met the families of her final four men on Monday’s The Bachelorette. The intimate episode brought her one step closer to the ABC reality series’ finale, when one of Lindsay’s remaining contestants will get down on one knee and propose (the 32-year-old has already confirmed that she says yes).

The episode flipped the script, as Lindsay found herself auditioning to be welcomed into the families of her final four picks. Though she ultimately did the choosing and eliminated one of the men in the final moments, the double-hour saw Lindsay pitching herself as “the one” to more than one set of parents and, in one case, serving as the go-between with one of her finalists and his estranged father.

Here is how the intense double-hour played out, with snapshot takeaways from The Hollywood Reporter‘s resident show experts. 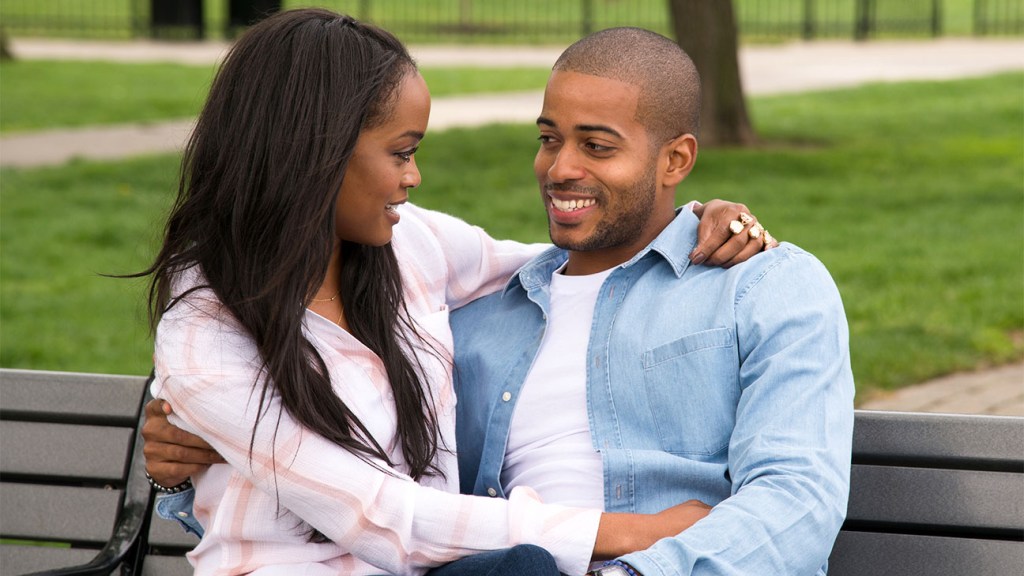 That’s how Bigger’s aunt approached her sit-down with Lindsay when the Bachelorette made her first hometown visit to Baltimore, Maryland. The topic was very much on the table with Bigger’s family, as the contestant is the only remaining black man. The conversation with his aunt saw Lindsay opening up about being judged by two groups of people while on her TV journey as ABC’s first black Bachelorette. “I’m getting judged by black people, and then getting judged by everybody else,” she confided. Still, she repeated the words she previously told THR, explaining that race did not ultimately play a factor in her decision-making: “Love doesn’t have a color, so my journey for love shouldn’t be any different than the other 12 Bachelorettes in front of me.”

For his part, Bigger said he has “never been this happy with a girl” and announced that he is not running away from love anymore. It was Bigger’s second week in a row where he opened up to Lindsay about his difficult upbringing, with many of the men in his family spending their time in the streets, getting high or thrown in jail instead of being there for him. He also had a heart-to-heart with his mom about the times she, too, wasn’t there when he was growing up. “I was always the friend who took care of everybody. When I wanted someone to look out for me, no one showed up,” said Bigger, who got a chance to meet Lindsay one week before filming began on last season’s After the Final Rose special. “I’m open and willing to receive help, love.” He stopped short of saying the L-word directly to Lindsay, but as the first woman he has ever brought home, Lindsay had no problem telling the camera that she was “definitely” falling for him.

The takeaway: He’s ready — but it doesn’t seem like she has let herself completely fall for him yet. 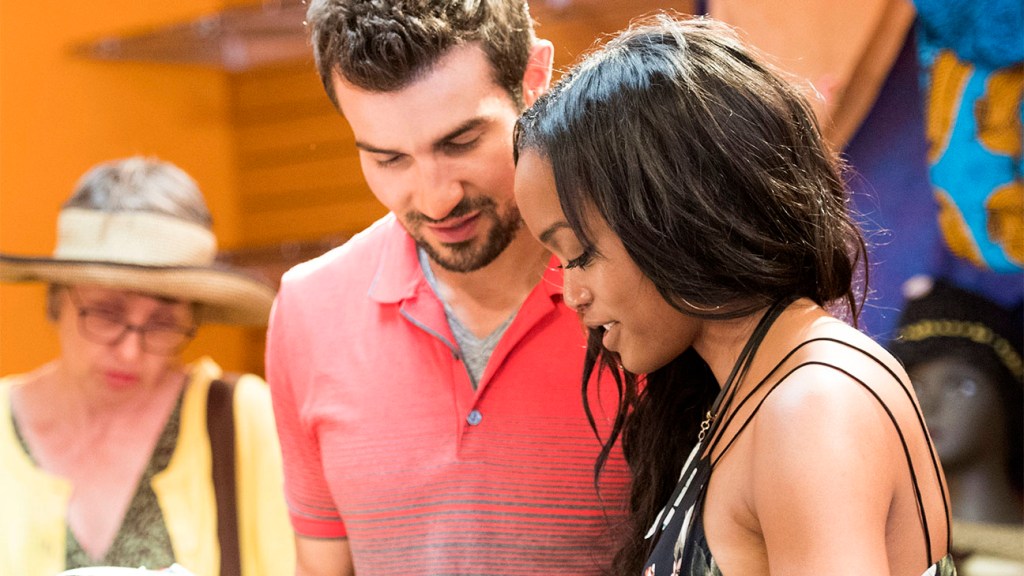 Lindsay has shown nothing but confidence and ease with Abasolo ever since doling out the first impression rose on night one. But after confiding to her that his last relationship ended because his girlfriend couldn’t get along with his mom, Lindsay appeared anxious around Abasolo for the first time ever when she traveled to Miami to meet his Colombian family. From the moment the pair sat down on her couch, Abasolo’s mother appeared skeptical. “For me a woman that [would] separate him from me would be terrible,” she told the camera. Ultimately, Lindsay won her over — but the win didn’t come without a warning. After being told by her son that she is “the one,” Mrs. Abasolo said to the star, “If he’s happy, I’m happy. If not, I’ll kill you.” One of the most telling moments, however, came when Mrs. Abasolo told her son that he has had the opportunity to meet “so many girls” — something she said more than once — and was hesitant about him finding love so quickly from a TV show. Still, her eventual stamp of approval was enough for the contestant to become the first one yet to tell Lindsay he loves her. In response, Lindsay told the camera that she’s letting herself “feel all the feels.”

The takeaway: She is absolutely smitten with him and likely loves him back. Despite what many might have viewed as a red flag, she doesn’t seem to mind saying “yes” to his family, too. 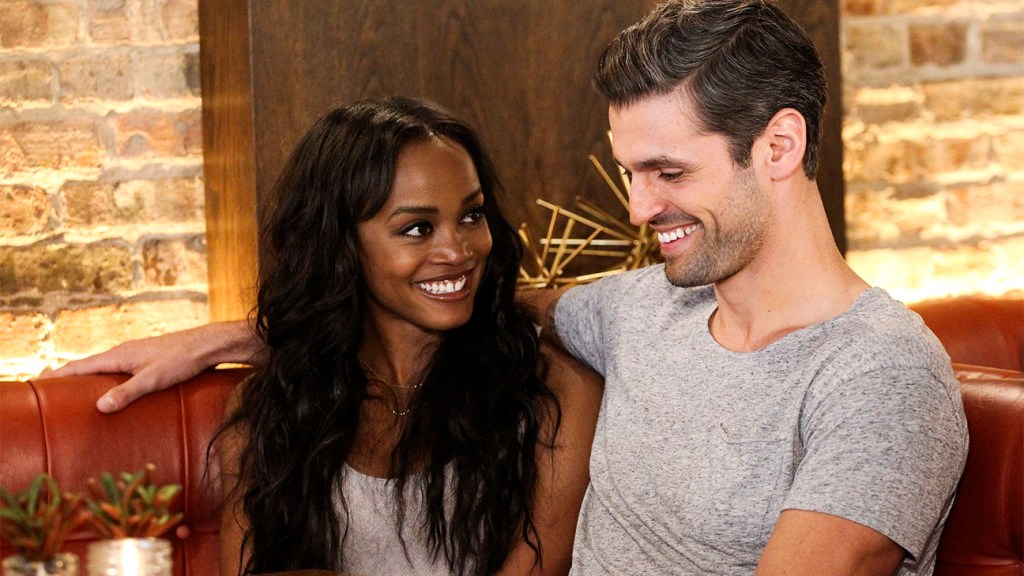 Kraus hit Lindsay with a bit of a double whammy during their last one-on-one date. Not only has he never dated a black woman, he might not be ready to fully let down his guard after how badly his last relationship ended. When Lindsay traveled to Madison to first meet Kraus’ friends, she met two of his black friends. During the date, she revealed that Kraus, who is white, had told her that of his 10 closest friends, eight of them are black. They assured her that he is very accepting. Lindsay quickly won them over, followed by his family, but Kraus’ mother delivered a blow to Lindsay: Her son is ready to commit, but she doesn’t know if he’s ready to be engaged. Kraus, who had admitted to his friends earlier that the thought of proposing in three weeks is “fucking terrifying,” told the camera after Lindsay left that he’s still not ready to propose and needs time to process his feelings. “I don’t want a boyfriend at the end of this. But my fear is that’s all I’ll get from him,” Lindsay admitted to the camera.

The takeaway: Lindsay has been very direct about what she wants, but she’s going to give Kraus more time to catch up to his competition before cutting him loose. 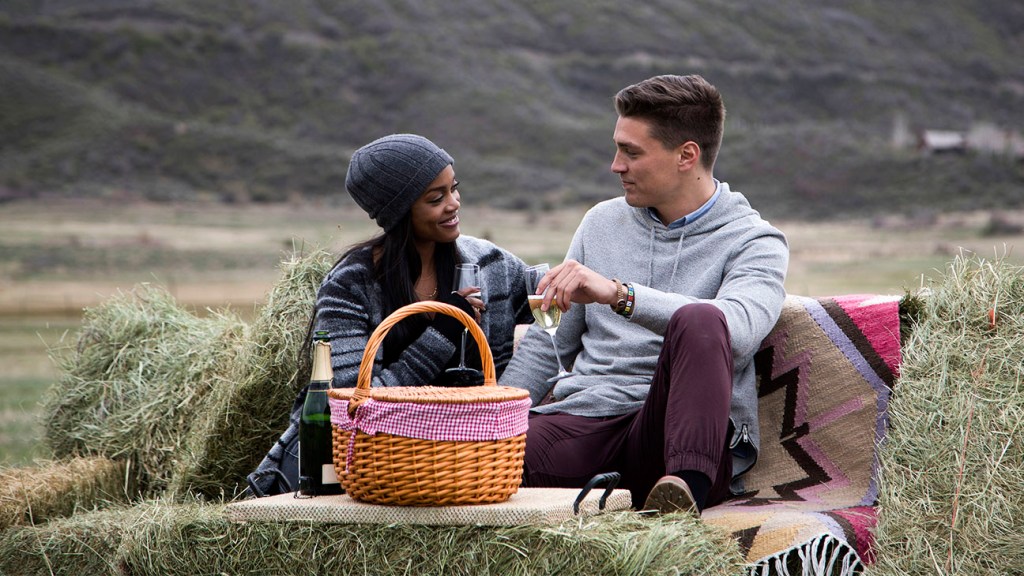 Something former Bachelor Ben Higgins has spoken about on his Almost Famous podcast is that the families of the contestants do not sign up for this show. Which begs the question of how ABC got Unglert’s estranged father to agree to appear on Monday’s episode.

The contestant revealed that he felt abandoned by his father when his mother passed away at age 15. On Monday’s episode, Unglert said he hadn’t seen his father, who has since converted to Sikhism, in two years. The reunion would be the first time his family had been under the same roof in eight years. The religion, founded over 500 years ago, counts a following of over 20 million people worldwide and “preaches a message of devotion and remembrance of God at all times, truthful living, equality of mankind, and denounces superstitions and blind rituals.” Now a Sikh Kundalini yogi, Unglert’s father, along with his new wife, welcomed his son and family into his home with a ritual and homemade food, but he was not ready to receive the pent-up emotions that Unglert had been suppressing for years. The heartbreaking confrontation between father and son resulted in Lindsay attempting to step in, but Unglert’s father ended their one-on-one, saying he wasn’t aware of how his son felt and that he needed time to process what had transpired. “Dean’s hometown isn’t like anybody else’s because he doesn’t have the typical family,” she said. The encounter left a teary Unglert emotionally vulnerable, telling Lindsay that he knows he’s falling in love with her.

The takeaway: Lindsay cares deeply for Unglert, but her connections with the other men are on a different level.