Better Call Saul‘s fourth season got a boost from the cast of Breaking Bad on Thursday.

Breaking Bad stars Bryan Cranston, Betsy Brandt, Dean Norris and R.J. Mitte stopped by the UA Horton Plaza 8 in San Diego for a screening following a reunion panel at Comic-Con, celebrating the AMC drama’s 10th anniversary. AMC president Charlie Collier noted it was fitting that those stars were on hand to fete the Breaking Bad prequel, as this season of Better Call Saul inches closer and closer to the timeline of the original show, which ran from 2008-13.

“You guys have supported Saul and you obviously wear the Breaking Bad legacy so well,” he said to the stars, who stood in the back of the theater ahead of the screening. He noted that it was the birthday of Breaking Bad and Better Call Saul writer/producer Gennifer Hutchison and joked that the afterparty (complete with Saul-themed cocktails) at the Andaz Rooftop was, in fact, her birthday party.

In the new season of Saul, Jimmy McGill isn’t dead yet, but he’s on his way out the door — and when he’s gone, a new man will stand in his place: Saul Goodman, the fast-talking and malicious alias of the benevolent lawyer at the heart of the show, played in both cases by Bob Odenkirk.

Indeed, it’s worth mentioning Saul, Mike and Gus’ not-so-humble beginnings. All three characters were first introduced in the second season of Breaking Bad, also created by Gilligan, which focused on the unlikely rise of cancer-stricken high school chemistry teacher Walter White (Cranston) into the notorious crystal meth kingpin known as Heisenberg. Bald as a baby save for the menacing goatee framing his frown, White became the poster boy for crystal blue nightmare fuel, thanks to the riveting Emmy-winning work of Cranston, who at the premiere mingled with guests and shared popcorn with his former co-stars. 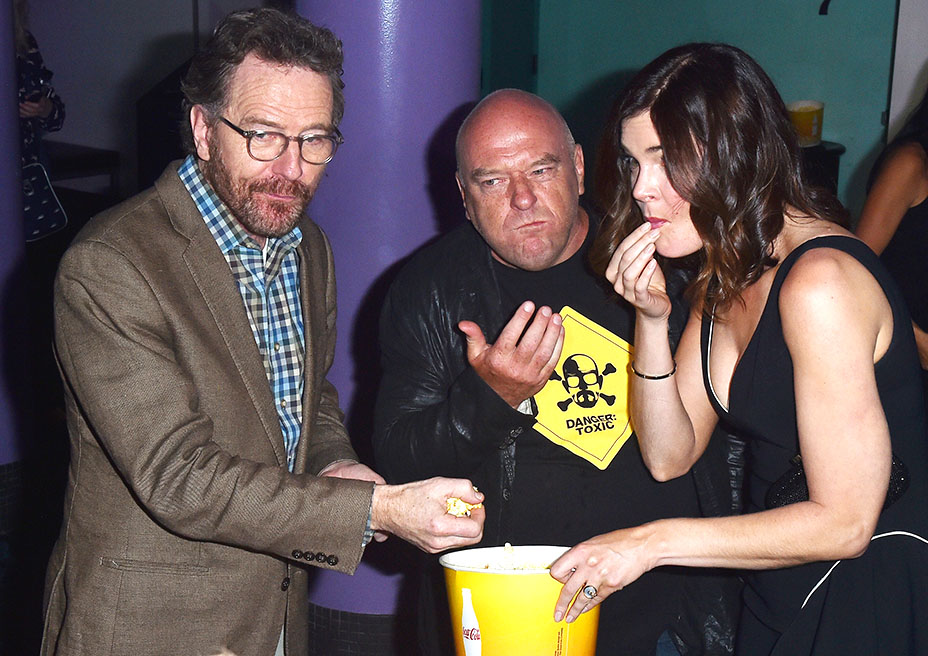 Deadpool 2 actor Stefan Kapicic joins this season of Saul in a guest role, and noted that coming into the Breaking Bad/Better Call Saul universe is the most precise type of world-building he’s ever been involved with.

“You have all kinds of surgeries, but working on Better Call Saul is the most sensitive, most precise surgery in a TV or movie world I’ve ever seen,” he told The Hollywood Reporter.

In the fourth season of Better Call Saul, which takes place primarily before the events of Breaking Bad (save for the first scene of every season thus far, set some time after the Bad finale, and centered on yet another version of Jimmy/Saul: “Gene,” the cowardly Cinnabon store manager), Jimmy is tasked with moving forward without his brother, Chuck (Michael McKean), who died in the season three finale. Chuck’s death stands poised to push Jimmy closer and closer to his Saul Goodman persona, whose soulless legal tactics are a far cry from his currently mischievous but relatively harmless M.O. — at least, harmless in comparison to where the events of Breaking Bad will take the character. 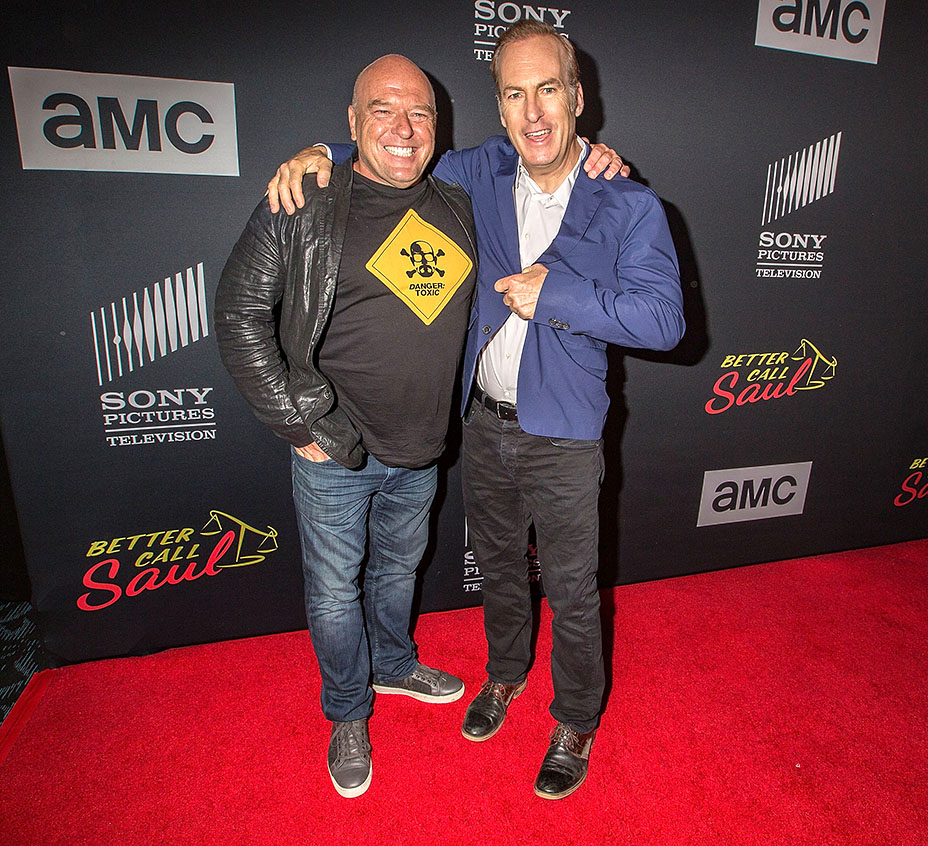 Likewise, season four of Better Call Saul will advance the stories of Mike and Gus, who forged their fateful partnership in the third-season finale. An ex-cop with more than a few chips on his shoulder, Mike will eventually go on to serve as a fixer and hitman for Gus, the quietly ruthless drug lord who hides behind the guise of a fast-food franchise owner. At this point in the series, however, Mike is still on the path toward truly breaking bad. How will the events of season four, and the rise of Mike and Gus’ work together, impact that path?

As for the future, Gilligan has confirmed Walt and Jesse (Aaron Paul) will not appear in this season of Better Call Saul, but he would not be surprised to see them by the end of the series.

“Ten years and counting,” Collier noted to the crowd of Breaking Bad‘s anniversary and Saul‘s premiere. “Let’s count for another two or three decades, that would be good.”