As Hollywood shines a brighter light than ever on bad behavior on and off television sets, the inevitable fallout has consequences. It ripples into the writing process, and eventually into the homes of dedicated viewers. But in the wake of the #MeToo movement, one question is more relevant than ever: what comes next for a show whose star has been erased? The show must go on (unless, in some cases, it doesn’t). Even if the bad behavior exodus is at a swelling point, showrunners and writers’ rooms have been handling bad behavior for years. Here’s how 10 shows dealt with everything from racist tweets, feuds and sexual assault.

Roseanne Barr, Roseanne
ABC canceled Roseanne hours after the star sent a racist tweet aimed at a senior adviser to former President Barak Obama. But weeks later, ABC handed out a straight-to-series, 10-episode order for The Conners, a Roseanne spinoff featuring the original cast — sans Barr. The embattled star will have no financial or creative involvement in the spinoff, though she retains rights to her original character and any other potential spinoffs or reboots of the original series.

Producers Warner Bros. Television fired star Crawford from its Lethal Weapon TV reboot following multiple on-set incidents in which he was reprimanded and sent to HR. Among them were clashes with Damon Wayans during an episode in which Crawford was directing and in which his co-star was injured during a stunt gone wrong. Warners refused to return the series to Fox with Crawford attached and instead brought in Seann William Scott to play the brother to Crawford’s Martin Riggs. Fox then renewed the procedural for a third season. 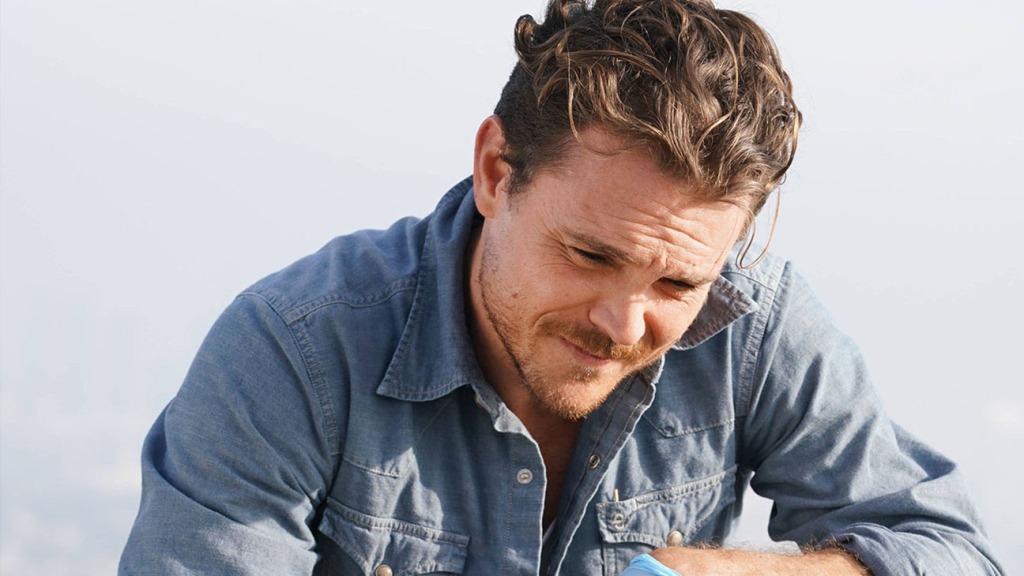 Miller’s Erlich Bachman was written out of the HBO comedy at the end of season four after producers told the actor and stand-up comedian that he’d be returning for a reduced role in season five. Miller instead surprised producers and opted to leave, giving a rambling and widely dissected interview with The Hollywood Reporter during which he compared his exit to a breakup. THR executive editor, television, Lacey Rose reported in a recent Silicon Valley cover story that the decision to cut ties with Miller had been a long time coming, with several sources associated with the show noting that the actor had “demons” and was known to self-medicate with alcohol and other substances. How Silicon Valley will handle life without Erlich will be explored when season five returns March 25.

Following sexual harassment claims and an investigation by streaming giant Amazon Studios, star Jeffrey Tambor was dismissed from the Emmy-winning comedy. The decision came after months of uncertainty, with Tambor suggesting he might not return. Original allegations came out in November, which followed with Tambor’s own statement, saying he couldn’t “see how I could return to Transparent.” Some of those allegations came from co-star Trace Lysette, who previously reported claims of harassment to THR in November. New Amazon Studios head Jennifer Salke is meeting with creator Jill Soloway in September to determine the best way to move forward withTransparent‘s fifth and final season, which could return with a short-order or wrap-up movie. One thing Salke confirmed: Maura will not be recast.

"Lines Got Blurred": Jeffrey Tambor and an Up-Close Look at Harassment Claims on 'Transparent'

As the influx of sexual misconduct allegations started to crest at the end of 2017, Netflix fired Masterson following multiple allegations of rape. The investigation into the allegations had been going on for months, but the streaming giant was forced to address its relationship with Masterson after increased pressure from accusers and the general public. The Ashton Kutcher comedy series started the process of writing him out of season three. The original allegations came from a victim speaking as part of Leah Remini: Scientology and the Aftermath. Masterson will appear in the second half of the Netflix comedy’s second season — filmed before he was axed from the series — and could return for part of the third season as producers write his character out. Dax Shepard recently booked a big arc for season three as the show charts its future without one of its original stars.

In a different world, Frank Underwood might have figured a way out of scandal, but after mounting allegations of sexual harassment, Netflix cut ties with House of Cards star and exec producer Spacey in November. Netflix later announced that the forthcoming Spacey-less season would be the show’s final run and would focus on Robin Wright’s Claire Underwood. (Frank also dies in the book on which the series is based.) To help bolster the show’s star power, House of Cards will add Diane Lane and Greg Kinnear to the final season.

Following a bombshell report from The New York Times in 2017 that claimed C.K. sexually harassed five different women, the actor and comedian admitted to rumors that had plagued him for years. FX subsequently cut ties with him and his production company, Pig Newton. Louie was removed from all things FX, and though the show’s future was always up to C.K.’s schedule, it’s unlikely to return. (C.K. and his Pig Newton banner were also removed from shows he produced, including FX’s Better Things.) With C.K. taking an unspecified time out of the spotlight following his misconduct, Louie shows no sign of making a return any time soon.

You can be on a series for 11 seasons but there’s nothing that’s going to justify kicking a writer, and that’s what Gibson did. While directing an episode on season 12, Gibson got into a dispute with a writer on set, but when the argument heated up on both sides, Gibson reacted physically. Initially suspended for two episodes, Gibson released a statement admitting that he regretted his actions. But producers ABC Studios and CBS Television Studios took the plunge and terminated his contract, having previously worked with him regarding his anger after he pushed a producer a few years prior.

After three seasons of Scandal, another Shondaland show cut ties with one of its leads in 2014 after bad behavior. This time, a big part of the issue happened off set, with Short facing domestic abuse claims. Those claims followed an arrest the month prior when the actor allegedly knocked a man out in a bar fight. As part of an oral history with THR, Short admitted his departure came at a tumultuous time in his marriage, while Rhimes confirmed, “We did not renew his option. It was clear to everybody that his personal life overwhelmed his work life.” Short’s character, Harrison, was killed off, with his funeral taking place in the premiere of season four.

Grey’s featured some pretty intense drama in its early years, and when popularity grew, so did egos. As fighting on set increased, original series regular Washington — who played Dr. Preston Burke — got into a heated conversation and reportedly called co-star T.R. Knight a homophobic slur. After creator/showrunner Shonda Rhimes said that producers and ABC were working on Washington’s “behavioral issues,” his character was written off the show after season three. Rhimes would bring him back to Grey’s years later for a guest role as she wrote out Burke’s former love interest Cristina Yang (played by fan favorite Sandra Oh). “It’s important to me that Cristina’s journey unfolds exactly as it should. Burke is vital to that journey,” Rhimes said at the time.

Charlie Sheen, Two and a Half Men

It’s hard to pinpoint exactly where the final line was drawn between Sheen and Men, but the split is one of the messiest in television history. After a series of rumors, prolonged drug use by Sheen and criticisms against CBS and creator Chuck Lorre, CBS terminated Sheen’s multimillion-dollar contract. An extensive lawsuit ensued, with Sheen getting a hefty settlement. He was replaced by Ashton Kutcher, who remained the highest-paid sitcom actor on television for four years. Sheen’s response to the show continued to vary wildly, and in the series finale, a piano is dropped onto Sheen’s presumed dead character, who could only be seen from behind.

Known for a contentious run on Beverly Hills 90210, Doherty’s reputation preceded her. Nevertheless, producer Aaron Spelling welcomed her to The WB hit Charmed as witchy sister Prue Halliwell. After a series of rumors of on-set fighting and a DWI a month before her departure, Doherty’s character was killed off in the season three finale. At the time, a spokesperson from Spelling TV said, “We have had a long and prosperous relationship with Shannen and we didn’t want to hold her back from what she wanted to do. We wish her all the best and much continued success.” At the end of the day, Doherty exited and the show continued for five more seasons. (With a reboot now a go at The CW, which Doherty isn’t too pleased about, either.)