CBS’ The Big Bang Theory will wrap its run May 16 as the longest-running multicamera comedy in TV history. Chuck Lorre and Bill Prady’s series has inspired generations of scientists during its run, with a UCLA scholarship program, bee and jellyfish species and a monkey all named after the nerdy favorite. And Big Bang has also become a massive asset during its 12-season run, airing in syndication all over the world and collecting 52 Emmy nominations — including 10 wins — and seven Golden Globes. And the cast are among TV’s richest, earning $1 million an episode on top of ownership points on the series, with many making the most of their profitable production deals with producers Warner Bros. TV.

And Big Bang Theory is going out on top. The series wraps its 12-season and record 279-episode run as TV’s highest-rated comedy — which is why CBS and producers Warner Bros. TV were in early conversations for a potential 13th season. However, four-time Emmy-winning star Jim Parsons ultimately was the one to say no more.

“It was the first time in my life of doing this show that it occurred to me that I might want to not do another contract after [season] 12 was up,” Parsons told The Hollywood Reporter on the May 1 red carpet ahead of the show’s wrap party in Pasadena. “I don’t know if it’s because I’m an Aries or just because maybe I’m in touch with myself. Whatever it is, once I had that thought, I was like, ‘Well, that’s your answer.'” 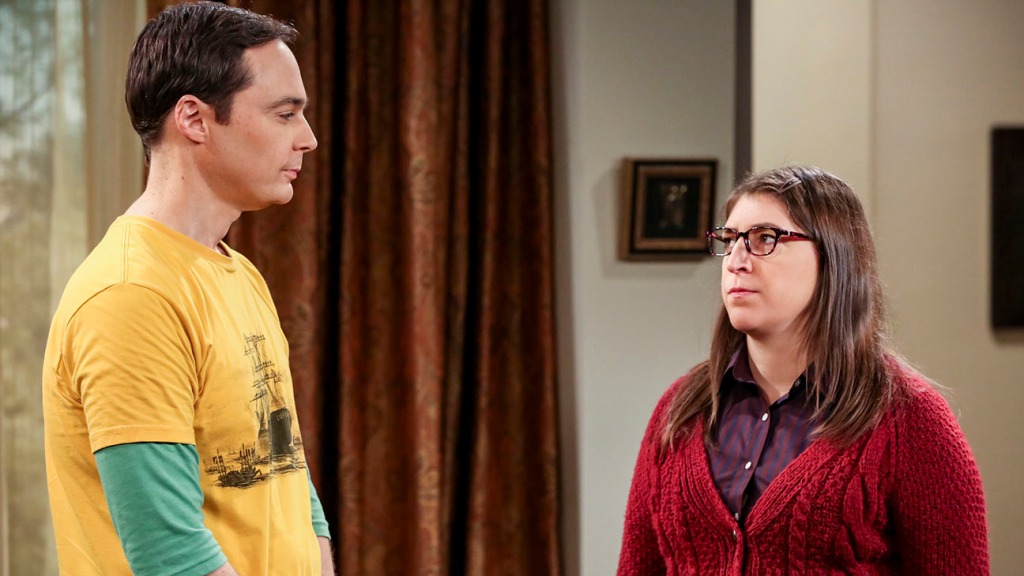 Big Bang has certainly proved fruitful for Parsons, who has gone on to make his Broadway debut (in 2011’s The Normal Heart) and scored his seventh Emmy nomination for its HBO adaptation. He most recently debuted his first produced series — Netflix’s critically praised shortform comedy Special, serving as a mentor to its star and lone writer, Ryan O’Connell, and next will reprise his role in The Boys in the Band for a Netflix movie take on Ryan Murphy’s Broadway production. Parsons will, however, remain in the Big Bang orbit as he continues to narrate and exec produce CBS’ Big Bang prequel Young Sheldon.

“There was no factor; there was no situation that I was like, ‘Well, I’ve had enough of that.’ No. There was nothing like that. It was just…when you know, you know. And you’re susceptible and thrown around by the whims of your own existence and getting to a certain age and your life changes and suddenly you just think different,” Parsons continued. “It has been fascinating to think about who I was 12 years ago. And sometimes when I have trouble learning a line or saying a line of Sheldon’s right now, it’s hard to know why specifically. But it’s like, you’re not the same person you were. There is a possibility that this actually became more difficult for you in a way. And I don’t know what that means but it’s like you just change.”

Parsons agreed that the journey was very similar to that of his onscreen counterpart Sheldon, who, when Big Bang started was a young scientist with a small group of friends. And now, like Parsons, is happily married and has an impressive career. (This week’s series finale will reveal if Sheldon and his wife and fellow scientist will actually win the Nobel Prize.)

“I couldn’t wrap my head around the idea of going on without the whole ensemble — and the whole ensemble is why we succeeded,” Lorre told THR. “In pulling it apart and re-approaching it as a fraction of what it was just never felt right to me. I’ve seen other shows try and fail to take a character out of their realm and carry on. And maybe Frasier is the only thing I could think of off the top of my head where it really did work, thanks to the lightning strike of David Hyde Pierce.”

How 'Big Bang Theory' Is Plotting Its Endgame

Still, Big Bang leaves amid a massive time of change in the industry. Amid a Peak TV landscape that is rapidly approaching 500 scripted originals, Big Bang signs off as TV’s No. 1 scripted comedy in the all-important adults 18-49 demographic and among total viewers. The series has ranked as TV’s most-watched comedy for seven of the past eight seasons — losing only last year to the since-canceled Roseanne revival and recapturing the mantle this year. As Big Bang goes out on top — and amid marathons on TBS, where it airs multiple times a day in one of TV’s biggest syndication deals in history — many in the cast and creative team doubt that there could ever be another comedy with a similar reach and track record.

“They asked the cast of Friends the same thing when they wrapped the show, so I’m not sure,” says star Johnny Galecki, who has now been a part of two massive hits after the original Roseanne. “I don’t see it on the horizon and I feel incredibly fortunate for many reasons. But to be the longest-running multicam sitcom and to have that schedule of 24 episodes a season? I don’t foresee that happening again. I feel like one of the last animals on the arc.” 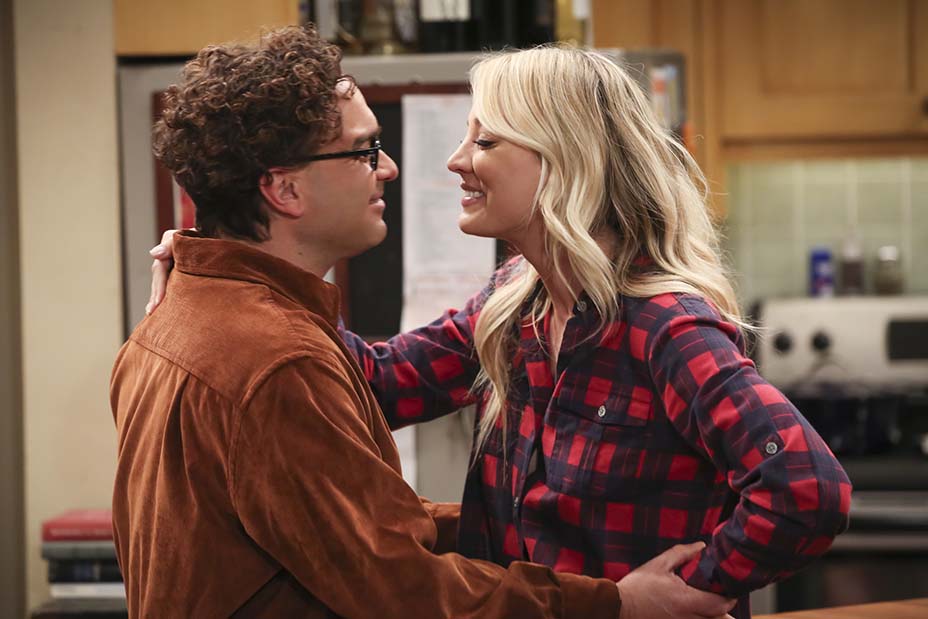 Showrunner Steve Holland, who has overseen Big Bang for the past two seasons and has been with the series since the pilot, noted that none of the producers thought Big Bang would ever become what it has. [It’s worth noting that CBS originally passed on the pilot and redeveloped it, replacing Amanda Walsh as the woman across the hall with Kaley Cuoco (Penny) and retooling the series to ditch the secondary female lead originally played by Iris Bahr.]

“On some level, there is a place for a show that so many people can come together and watch and talk about, that families can watch together. I like to think that there will always be a place for that kind of show,” says Holland, who will join the staff of Young Sheldon next season. “I remember before Big Bang, when I was a baby writer looking for jobs, and people kept telling me, ‘Sitcoms are dead.’ And then we ended up on this magical unicorn.” Adds [producer Steven] Molaro of the current landscape: “It’s getting harder to cut through every day.”

Storytelling — and TBS’ syndication deal — has helped Big Bang become a global powerhouse. The series started out as a buddy comedy about outsiders and, throughout its run, has slowly evolved all of its characters. Back in season three, the series added Mayim Bialik (Amy) and Melissa Rauch (Bernadette) who helped Big Bang expand its scope to tell stories from a female point of view. But producers — who never plotted out entire season arcs in advance — were always careful to take things slowly with its then-socially underdeveloped leads. With its female infusion, Big Bang gradually became a family comedy. Bernadette and Simon Helberg’s Howard tied the knot in season five, and, a year later, star Kunal Nayyar’s Raj had a major breakthrough and was finally able to speak to women. (Though the character heads into the series finale newly single.) Leonard and Penny would go on to get married in season nine, while Amy and Sheldon would get hitched at the end of season 11.

“It’s hard to think that there could be another show like this just because of the way the platforms work now,” Nayyar says. “I don’t know if people want to tune in for 12 more years of a show; they want to watch something for a few years and then tune in to the next thing.”

'Big Bang Theory' Writers on the Mystery They're Leaving Unsolved

For his part, Helberg — who has also become a prolific developer — considers the communal viewing experience that came with Big Bang the biggest loss amid the proliferation of streaming platforms and on-demand viewing. “I don’t believe that 20 million-plus people are going to sit down and watch a show at the same time because they don’t need to and I do believe in that way we are the end of that era,” he said, comparing the evolving TV landscape to the way the music industry has changed. “You don’t release a single and sell 10 million copies and live off that and have a career. We went through the whole experience and the industry changed over the last 12 years. I don’t know what it would have been had we come on now.” 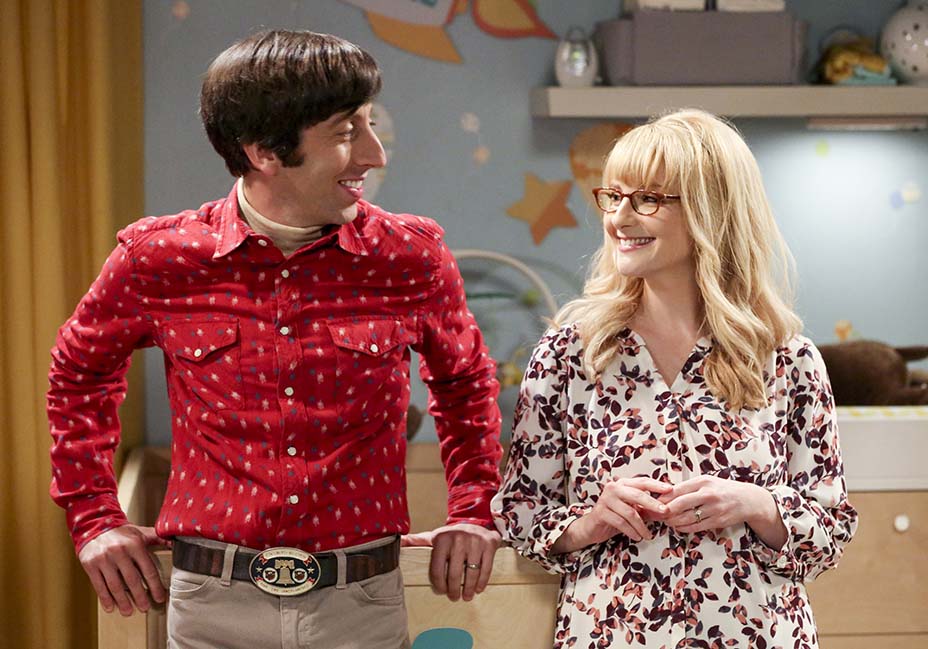 With Big Bang Theory signing off, the broadcast networks continue to invest in multicamera comedies. The format saw a big uptick last year — due largely to the ratings prowess of the Roseanne reboot. This season, the volume of multicamera comedies is down just one year-over-year (from seven last season to six this year). And CBS is leading the pack as the network also looks to Lorre to deliver another hit in Bob Hearts Abishola (starring Mike and Molly grad Billy Gardell). Bob is one of three muticams in the works for the 2019-20 season, joining Patricia Heaton vehicle Carol’s Second Act from the creators of Trophy Wife and Broke, starring CBS favorite Pauley Perrette and Jaime Camil (Jane the Virgin).

“I have been hearing for many, many years that one form or another of television entertainment is coming to an end or is over and then something comes along and proves that wrong,” Lorre says. “I do know that it’s still a great genre to work in because working in front of a live audience is exciting and it’s a different approach to putting on a show that I still enjoy very much. I think people enjoy it when it’s done well because there is an intimacy to a couple of people sitting around a coffee table talking.”

Still, Parsons — even as a producer — remains skeptical of another hit comedy being able to cut through and have a longevity similar to that of Big Bang. “I do not think the chances are good. Everything is changing so much it’s really hard to imagine it,” he says. “That being said, when we first came on the air in 2007 single-cams were the wave of the future and we even felt [the concern] on our set because all anybody wanted [at the time] was single-cam. And within a few years it became clear that not only were we going to exist and thrive but that they were suddenly making more multicams again.”

And even while Big Bang‘s heir apparent Young Sheldon is a single-camera comedy, Parsons still wonders whether anything will be able to reach the global stature of the series that made him a household name.

“Will there be a show like ours again that will succeed at that level and in territories and syndication? It’s hard to imagine. This business is both frustrating and beautiful because it is constantly doing things that you didn’t see coming. Look at Netflix — when we started our show, Netflix was circling the drain. And they reinvented themselves into a powerful juggernaut. So logic tells you no, there won’t be another show like this but to be alive in this business right now tells you that you don’t know jack shit,” Parsons sums up with a laugh.

The Big Bang Theory series finale airs Thursday at 8 p.m. on CBS followed by a special episode of Young Sheldon and a retrospective hosted by Galecki and Cuoco. Head to THR.com/BigBangTheory for full coverage.