After fans and Big Brother alumni ruled season 19’s first double eviction a dud, the one thing audiences did root for was Cody Nickson’s swift exit out of the game and declaration of wanting to marry his showmance partner Jessica Graf.

“Are you going to marry Jessica?” host Julie Chen asked Cody minutes after his second eviction of the season. Cody’s answer? “I will!”

So can fans expect a proposal on finale night?

The fan-favorite admits to The Hollywood Reporter, “I blacked out when Julie asked me the question. Don’t hold this against me! I may have said the most honest answer in that moment.”

Now with Cody out of the running for the $500,000, the first juror of the season tells THR how Paul is going to steamroll his way to the grand prize. 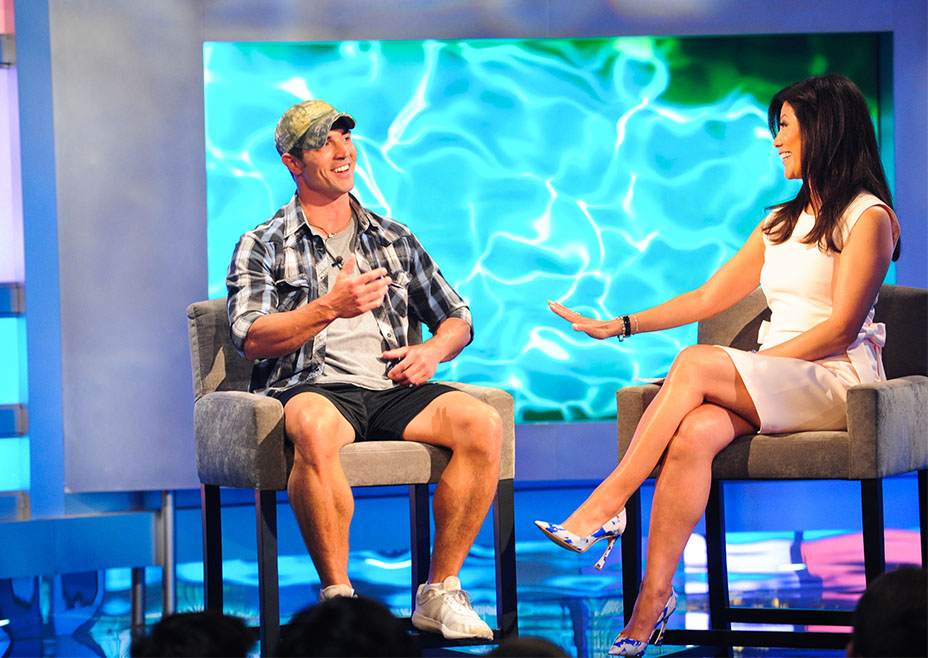 Which houseguest do you think is well liked by America?

I imagine Jessica as the most liked houseguest. I may be biased. She’s smart, gorgeous, was targeted by the house for seven weeks, stayed loyal to me even though I was gone and I’m just not sure how anyone couldn’t respect that. She was strong throughout the game while being berated by so many people in the house. I don’t know how people couldn’t fall in love with her.

How is this eviction different for you than the first time around?

The first time around, I wasn’t sure if I was going to see Jessica again. The second time around, they’ve already split up me and Jessica and I know I won’t see her while I’m in the jury house.

Fans say your exit this time was epic. When did you come up with that strategy of walking on the table and dashing out of there?

That was considered epic? (Laughs.) I didn’t want to wait for people to get up and then Christmas with her crutches… I wasn’t going to say goodbye to these people anyway.

You said you will marry Jessica. Should fans expect a proposal on finale night? Do you think she’ll say yes?

(Laughs.) You’ll probably have to ask her that question. Listen, I blacked out when Julie asked me the question. Don’t hold this against me! I may have said the most honest answer in that moment.

Who do you want to see in the final two this season?

I want to see nobody in the final two.

Why do you think no one has targeted Paul yet? Do you think they ever will?

There are people in there that are legitimately afraid of his social media following. He’s telling people he’s so popular on the outside. Nobody has the balls to try and take out Paul. He’s going to steamroll his way to $500,000, no problem.

Do you want to see a proposal on finale night? Were you a fan of Cody’s quick walk out of the house? Sound off in the comments section below and stay tuned to the Live Feed for all things Big Brother.