[Warning: This story contains spoilers from the season 19 premiere of CBS’ Big Brother.]

When The Hollywood Reporter spent an afternoon inside the walls of the Big Brother house ahead of its season 19 premiere, all was revealed. And that included spotting the return of season 18 runner-up Paul Abrahamian. (An update for his fans: He was sitting cozy in the lounge with some of his fellow houseguests surrounding him and seeming eager to find out how to play this game.)

While Abrahamian entering the house on the season 19 premiere may be a shock to most, it’s not the biggest surprise. Longtime Big Brother site Hamster Watch was the first to leak this as a possibility.

Abrahamian arrived during what host Julie Chen called “the summer of temptation,” and with him strutting back through the doors, it was clear that he was there to take someone else’s place. As part of the “Big Brother Swap,” Abrahamian was able to grant eight other houseguests safety with his signature bracelets.

After that, the houseguests chose to face a vote in this summer’s very first eviction instead of fighting it out in a competition. Unfortunately for Illinois native Cameron Heard, he was shown the front door and didn’t get to stick around to play the game with the “friendship”-loving, bearded fan-favorite. That also means he likely won’t ever see this season’s next twist, the Den of Temptation.

Joined by executive producers Allison Grodner and Rich Meehan, THR entered the house’s secret room for a close-up look behind the scenes of the new season. On the other side of the door were the now 16 houseguests (including Abrahamian), who were at one point screaming and making dinner with a stench that made its way all the way up to the control room. 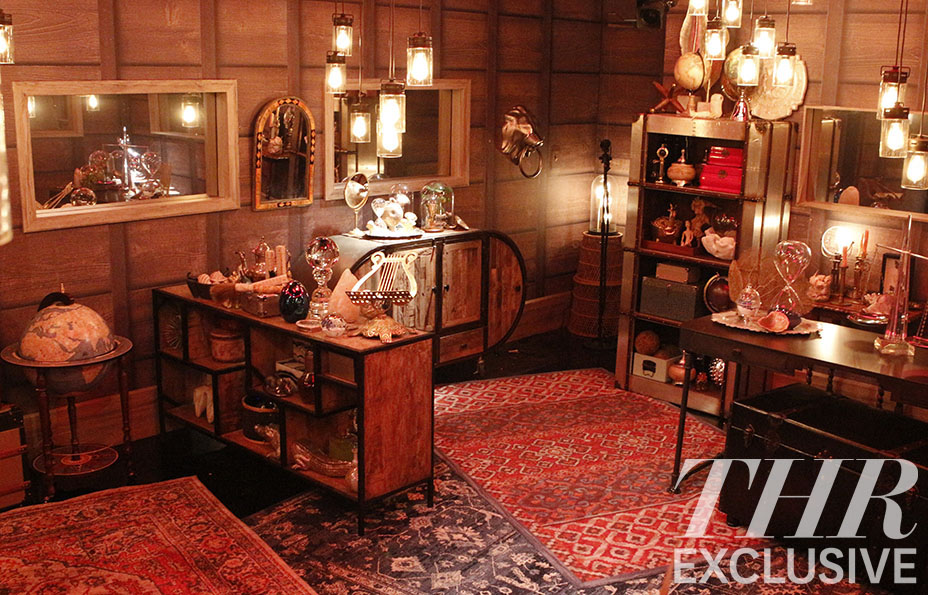 For the contestants, they have no idea this room exists. Grodner and Meehan liken the room to being in the world of Harry Potter. It’s currently on the other side of where season 18’s phone booth was. This season, there’s a door in that place and while the houseguests are aware of the door, they don’t know what’s behind it. 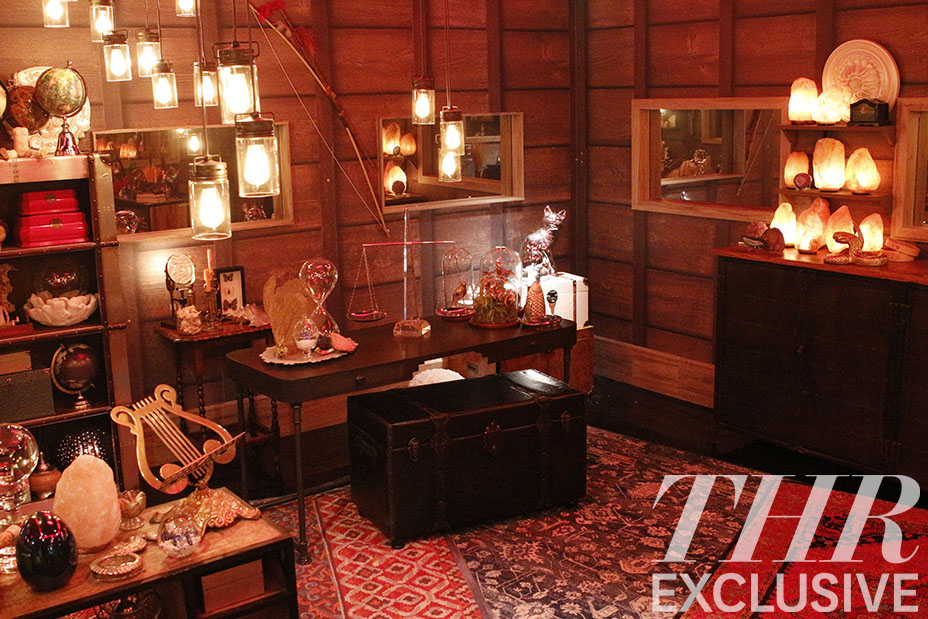 Each week, America will vote someone into the secret room. There they will be given a temptation that appears on a pedestal in the center of it. The pedestal’s theme will change from week to week, hinting at what the temptation is, but it’s up to the houseguests to figure that out. Meehan and Grodner say that it will remain anonymous, similar to the roadkill twist last year, and they also say that the new room allows them to have more space for future seasons.

Below, the two brains behind Big Brother sat down with THR to talk about how the season premiere played out and why they chose to unleash one returning player in a house full of “newbies.”

Paul Abrahamian is now back in the game. Why him?

Meehan: He was such a memorable character, played a great game and made it to final two and didn’t win. A lot of people thought he should have won. When we were thinking about the one person we wanted to bring back, we thought of him.

Grodner: It was the idea that one houseguest would come back into the house as part of a twist. Then you think, “Well, who?” And you want to do it from more recent seasons and last year there were a lot of people at the end who said Paul was robbed. He played a good game, yet he did not win. It’s fun to give people like that another shot. 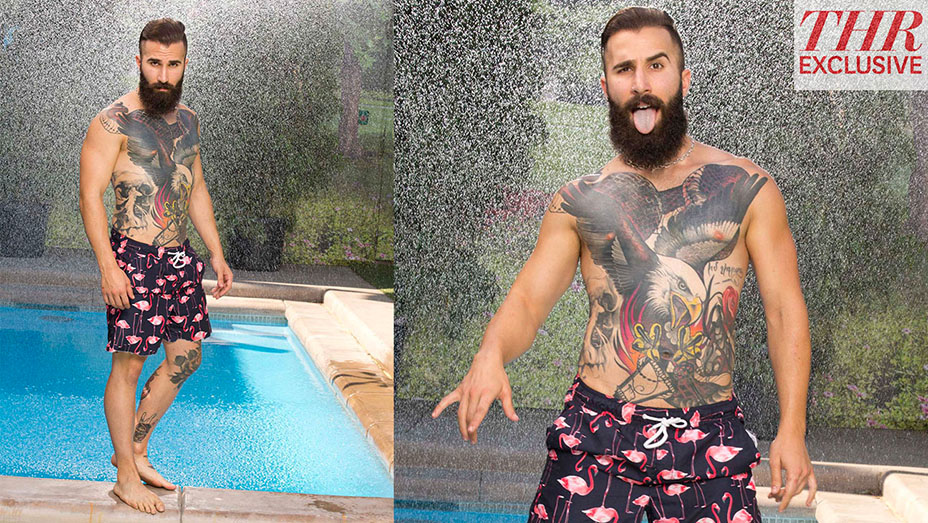 Was he the only one you had in mind or did you talk about bringing back other former houseguests?

Grodner: We talked about others, but Paul was definitely…

Meehan: At the top of the list. We had a few people that we were also considering, and then it was a decision between us and CBS.

Grodner: In terms of how it would all work and play into the theme.

Meehan: Once we officially chose him, we called him and had a conversation. He agreed secretly, and then we crafted the creative for the premiere specifically for him.

'Big Brother 18': Runner Up Discusses What Went Wrong and the "Bitter" Jury

Fans were really looking forward to an all-new cast. How will you respond to criticisms about Paul returning?

Grodner: We have 16 new houseguests that from what I can tell are being received really well, which we’re really excited about. They’re brand-new to the Big Brother house.

Grodner: Just adding one returner shouldn’t skew things too much for people that don’t appreciate that. Paul is such fun to watch, and ultimately by the end of last season he was someone that a lot of people really enjoyed. I’m hoping they agree that having him back is a positive thing.

Do you think he’ll make it to end again?

Grodner: It’s hard, especially being the one returner in a sea of brand-new people.

Meehan: He has to really survive the first couple of weeks, because once he’s in there for long enough they’ll forget he’s a returner and he’ll just be a part of this cast.

Grodner: But to be the sole returner really does put a target on his back.

He was a fan-favorite last season, but sometimes when former players come back they risk losing that. From what you’ve witnessed so far, will fans still root for him?

Grodner: You never know. We’ve had Rachel [Reilly], who the fans were against, and then she came back and people loved her. Nicole [Franzel] was a fan-favorite for sure, and then got a little polarizing.

Meehan: It was split.

Grodner: It depends on ultimately what choices he makes and who he aligns himself with. That was part of Nicole’s problem, is that the people she was with weren’t the favorites from last season. But they don’t know that in the house. It’s an unknown, and there are a lot of variables. Paul’s really smart and a strategic game player. He came from not knowing the show at all to making it to the end. If anyone could survive being the sole returner in the house of newbies, he’s definitely the one.

When it comes to America’s vote and the Den of Temptation, does he have an unfair advantage?

Grodner: I don’t know. (Laughs.) We’ve seen it work in all different ways.

The houseguests chose an eviction vote instead of fighting it out in a competition. How surprising was that for you?

Meehan: It was very surprising to us.

Grodner: It’s night one and you don’t know anyone and you’re putting your fate in their hands.

So you had a competition built and no one ever got to play it?

Grodner: Oh, yeah. Especially with who was on the block with Cameron. It was like, “What? They didn’t choose to compete? That’s crazy.” But that’s what we’re prepared for. All season long there’s going to be things like that. We’re going to be building competitions where some will be played and some won’t. It’s part of what we bought into for the season of temptation.

How crushed was Cameron after his eviction?

Meehan: Anybody that leaves on opening night is always bummed.

Grodner: He got “Jodi-ed” and “Glenn-ed.” (Laughs.) It’s a tough position to be in, but they can’t take it personally that people didn’t get to know them.

What did you think about Paul’s return back into the game? Are you sad to see Cameron go? Sound off in the comments section below and stay tuned to Live Feed for all things Big Brother.