When news broke that longtime CBS reality series Big Brother would be dipping into celebrity territory, it was met with an outpouring of interest.

And it wasn’t just from viewers and superfans of the show — Hollywood fans of the series made it clear they would consider stepping inside the Big Brother house.

Executive producer Allison Grodner tells The Hollywood Reporter, “We’ve had an overwhelming response from people who want to be on the show.” Adds host Julie Chen, “They’re getting tons of calls from agents.”

So, who in town is dialing up the show to pitch themselves for a spot? And better yet — what are they exactly pitching themselves for?

So far, few details have been revealed about what the newest edition of the series will look like, but in order to keep viewers up to date on the latest, THR gathered the most important details to know (including which stars and superfans of the show want in).

When will it premiere? The newest edition of the franchise will hit the small screen on Feb. 7. The two-hour finale will take place on Feb. 25.

It will be a shorter, condensed version of the summer broadcast. Unlike the summer broadcast, the cast will not be locked away for 90-plus days. “It’s going to be more intense than what you’re used to seeing because it’s going to be concentrated,” says Chen. “Picture everything about Big Brother, but nonstop action because it’s going to be on a fast-forward button.” Instead, the series will run for a little less than three weeks and will feature 13 episodes total. And the 24/7 uncensored live feeds will be back.

Why now? The idea for a celebrity edition was first brought up at the network dating back to season two of the series. Says Chen, “Paris Hilton agreed to do it, and Roseanne Barr also said she was going to and then she backed out. It didn’t come together, and I’m glad it didn’t so early on into the series.” Now on the heels of the show’s 19th season this past summer and having reached its highest ratings since 2011 with an average 7.35 million viewers (including a finale watched by 7.8 million), the spinoff was a no-brainer.

Says executive producer Rich Meehan: “With success for 19 seasons and always being a strong performer, which in today’s market is really rare, it’s a fun new way to expand the brand and the Big Brother universe.” Adds Chen about the conversation she had with CBS chief (and her spouse) Leslie Moonves: “If you know one thing about my husband, it has to make economic sense. They crunched the numbers and said, ‘Based on the following we have, we could do it and make it work and make it profitable, but certain things need to happen.'”

The house will get an extra redesign. Every season the series changes the set of the show to match up with the new twists it invites viewers in to watch. This year, the celebrity twist is sure to warrant a redesign on set. “It’ll certainly be a new look,” says Grodner. Adds Meehan, “We’re doing it more of an event instead of a three-month series. There will be some tweaks and changes to the rooms and the outside.” But they can’t rule out other factors, such as adapting to the weather. Says Grodner, “It’s a winter edition, so we need to think about the weather. The outside will reflect that.” The last time the show had to deal with colder weather in Los Angeles was for Big Brother: Over the Top. The last time its studio got an overhaul in design was in season 16.

The Chenbot is taking a pay cut. Another one of the things Moonves mentioned to his wife was that in order for it to work, she wouldn’t be compensated the same as during the summer broadcast. Speaking candidly about her conversation with her husband, Chen previously revealed to THR, “He comes home for dinner and says in a very Godfather, mafioso-style, ‘Jules, you tell your lawyer this is not a negotiation. This is what the deal is and you’re going to accept it.’ And I said, ‘Is that the way you speak to your wife?'” With a laugh she continued, “He said, ‘You tell your attorney this is not a game we’re playing. Everyone’s taking a haircut. This is the only way it will make sense financially. You shouldn’t be expected to be paid as if it’s a full series. It’s a condensed version.'”

Another reason for the pay cut is to fit the bill for booking talent to join the show.

Which stars are ready to align? When news of the show’s celebrity edition was first announced, many speculated that it would be difficult for the series to book talent. Says Grodner, “There’s no privacy and that’s going to be a hurdle in getting a celebrity onboard.” Adds Chen of the casting challenges, “We’re being realistic. It’s not going to be all Oscar winners.” Adding that they’ll look at the model that has worked for other celebrity-driven shows, she notes, “Whoever casts Dancing With the Stars does an amazing job. They don’t always get household names, but some people kind of reinvent themselves and suddenly I see that person all over the tabloids.”

So what do stars and fans of the show like Me, Myself and I’s Bobby Moynihan, *NSYNC’s Lance Bass, American Ninja Warrior host Matt Iseman, The Bachelorette lead Kaitlyn Bristowe and MTV alum Spencer Pratt think about possibly walking through the Big Brother doors?

Iseman, who also won Celebrity Apprentice, jokes to THR, “I am way too emotional. I think it’s easy for me to focus on long-term strategy sitting at home, but in the house I’d probably get myself evicted first week. Hell, my stay would likely be shorter than [season 19’s] Cameron [Heard].” He adds, “I’m an emotional guy. I’m a bit too trusting.” As for Iseman’s favorite former winner? He picks season 16’s Derrick Levasseur, who he says “blew him away.”

Superfan Moynihan shares that sentiment. The actor and SNL alum, who credits fan sites like Hamsterwatch for keeping him up to date over the years, calls Levasseur a “phenomenal player.” On joining the game himself, the actor jokes he wouldn’t be able to cope with the constant camera surveillance and lack of privacy: “If I did it, I would never go to the bathroom.” But Grodner and Meehan have their eyes on Moynihan, telling THR that having him join the cast “would be awesome.” 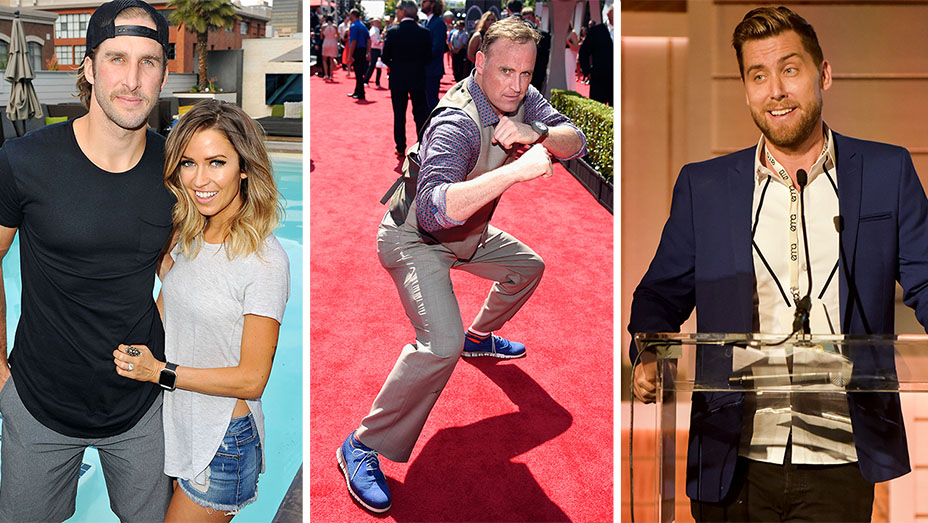 Bristowe, who fronted the 19th season of ABC’s The Bachelorette, says she and fiance Shawn Booth “want to do it so bad.” She adds, “That’s the one show that we can think of that we’d want to go on after being on our kind of show.” Bristowe also plans on having BB alumni on her Off the Vine podcast, and says she and Booth already have a strategy to win the game: “We know what we would do. We were talking to Spencer and Heidi [Pratt] who did Celebrity Big Brother in the U.K. and were treated as one houseguest. We’re all for it.” She adds with a laugh, “Do we have to apply?” Bristowe cites some of her favorite players as season 19 winner Josh Martinez, whom she wants as her new best friend, season 18 winner Nicole Franzel and fan favorite Britney Haynes from seasons 12 and 14.

Spencer Pratt (who competed twice on the U.K. version of Celebrity Big Brother) is all in as well. Telling THR he and friend Perez Hilton have been waiting for the day that the U.S. had their own celebrity version of the show, he jokes, “[It’s] the Willy Wonka golden ticket of reality TV. Who doesn’t want to be filmed 24/7 for CBS? That’s like dying and going to heaven.” And, like Bristowe, he already has a strategy: “You can’t just go in there and be a villain. You need a strategy. You need to figure out who the strongest players are, then take him out.” The former reality star adds, “You have to be able to adjust to what happens in the game.”

Former *NSYNC member Bass has similarly expressed excitement about the possibility of joining the show. He tells THR, “It’s about time! They ask me to do the British one every single year, but there’s no game to it. Depending on the cast I might be tempted to go in the house, because I really think I have a strategy to win the game.”

And it’s a strategy that he’s already practiced against Big Brother legend Dan Gheesling. Reveals Bass, “We created a Big Brother event at my house four years ago and Dan and his wife played with us. I was the only person to ever get Dan out. I had to turn on him at the very end.” Chen hints that Big Brother may not be too far off in Bass’ future, saying, “I won’t say names, but maybe more than one member of *NSYNC is trying to get in there.” Other names Chen has thrown into the ring have included Martha Stewart, Snoop Dogg, Anthony Scaramucci, Tonya Harding and her longtime friend Andy Cohen. As for how the Watch What Happens Live! host thinks he’d do, Cohen jokes, “I’d have a target on my back because of my background stirring things up with the Housewives.” As for which Real Housewives star he thinks would do well in the game, Cohen (who says season five of Big Brother is his favorite) suggests Lisa Vanderpump. All will be revealed as to which stars will play Big Brother soon enough, but until then, expect the unexpected.

Who do you want to see join the cast of Big Brother‘s first-ever celebrity edition? And how do you think they’ll do in the game? Sound off in the comments section below and stay tuned to Live Feed for all things Big Brother.