What do the CBS reality series Big Brother and Investigation Discovery’s new series Is O.J. Innocent? The Missing Evidence have in common? His name is Derrick Levasseur.

Despite his Big Brother past, the 32-year-old Rhode Island police sergeant never expected that his work in law enforcement would translate to another television gig. “I’m just a guy who happened to be on a reality show,” Levasseur tells The Hollywood Reporter. “And now I’m on an investigative network. I’m a cop. I didn’t try to be an actor. This is what I do for a living.”

Known best to the public as the winner of Big Brother 16, Levasseur exhibits a very different side of himself on the Investigation Discovery series. As introduced by narrator Martin Sheen on the show, Levasseur is a sergeant and 13-year veteran of the Rhode Island police department. “Known for his street smarts,” he “specializes in undercover work with extensive training in criminal interviews and interrogation.”

Speaking with THR on the phone, Levasseur spoke at length about how he came to be a cop, his work in the force and what viewers can expect on Is O.J. Innocent? The Missing Evidence.

What made you want to be a police officer?

I grew up in a city called Central Falls, R.I. It’s one of the most densely populated cities, not only in Rhode Island, but in the entire country. It’s a very diverse community, very urban, tough, tough neighborhood. I was a city kid. I was getting in a lot of fights. Doing things that you probably shouldn’t be doing. And being on that side of it, as I got older, I realized it wasn’t the course to take. And one of the police chiefs at the time actually said, “You know what, Derrick? You should maybe think about becoming a cop.” I said, “You know what? I’m a poor kid. I need money. And this is what I’m going to school for. I might as well go for it right now.” So, that’s what I did, got into law enforcement, and I was one of the youngest in the city’s history. I got into undercover work because of my age and the way I looked, and it just evolved.

Have you ever worked on a murder investigation?

One of the first things you mention when you come onto the scene in the show is that, from what you knew, O.J. Simpson murdered Nicole Brown Simpson and Ron Goldman. What made you want to do a series with a premise based on trying to prove that he didn’t?

One of the big things around this case is that there were a lot of accusations regarding the police. People said their investigation was lacking and that they made a lot of mistakes and that was a big reason why O.J. Simpson was acquitted. There was also the aspect of, “LAPD was corrupt, LAPD was inept, LAPD didn’t do their job.” And for me, I really personally wanted to see if that was the case. One of my main goals coming onto the show was to try and speak with the lead investigators of this case. I didn’t want to talk to the media. I didn’t want to talk to the families for that aspect of what I needed. I wanted to talk to the actual people who did it. And to be honest with you, they’re not completely on board with doing shows like this because of that. So, for me, that was a main focal point, and fortunately we were able to get the lead investigator, Detective Tom Lange. As you’ll see on the show, it wasn’t a big brotherly hug between us. We had some good times, but we also had some tense times as well, where I really peppered him with some tough questions and he was on the defense. I found no indication of police misconduct, and their investigation was very thorough and professional. 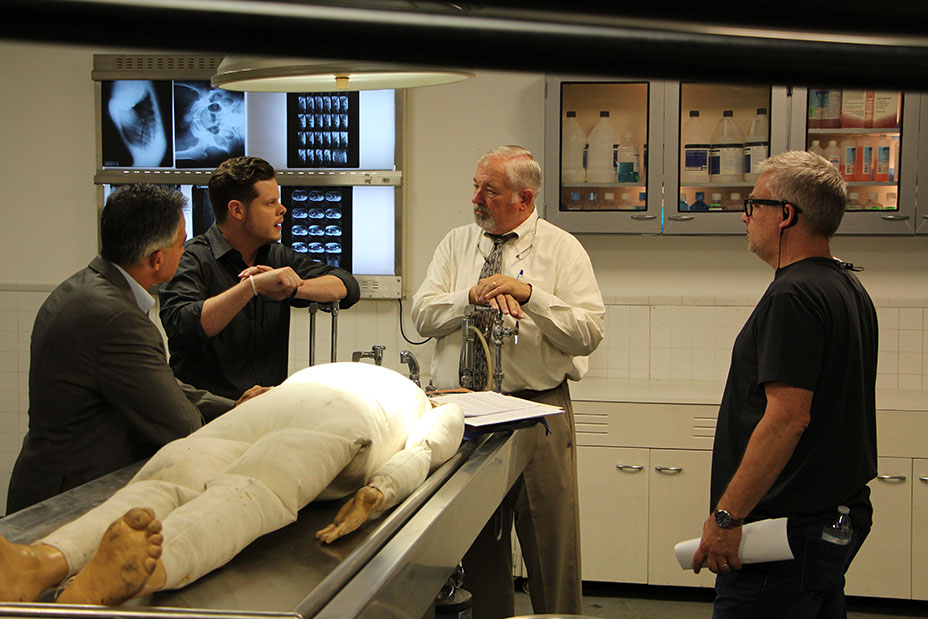 By trying to prove O.J. Simpson is innocent, you need another suspect. The investigation on the show has that. Without spoiling the show, are you personally worried about getting backlash from the new person you are investigating?

It’s a very sore subject for certain people, and it’s very touchy. I expect that there will be some scrutiny behind it, especially the people that we investigate. It’s one of those things where police work is not easy. We only deal with people, usually, when they’re at their worst. Nobody calls us to come over to have a party. They call us when they need help. We’re usually dealing with people who are good people in general, but have gone to a bad situation or made a bad decision. So, this is something that I’m accustomed to. And that is one of the aspects of being on television in the past that I think has prepared me for that because not everyone is going to love you. No matter what you do, not everyone is going to agree with you. It’s your responsibility to have the skin, thick-enough skin, to take that, respect their opinion and also, if I disagree with it, give my defending opinion as well.

I can’t take the cop out of me. Obviously, there is a level of skepticism. This is not something that you look at and go, “Oh, my God, we got it.” That’s not what happens. It’s one of those things where you go, “I’ll believe it when I see it.” And my first thought was, “We got to get this tested before I even acknowledge that this is a possibility. We need to get this tested forensically. But we also need to go to a medical examiner and see if the type of knife that this is is even consistent with the wounds that were found on the victims. I’m not an expert in that area. We need to go to the experts for that.” So, for me I was intrigued. [Investigator and author of O.J. Is Innocent and I Can Prove It] Bill Dear had a very strong conviction about the possibility of this knife being involved. My first reaction is to proceed with caution, of course. 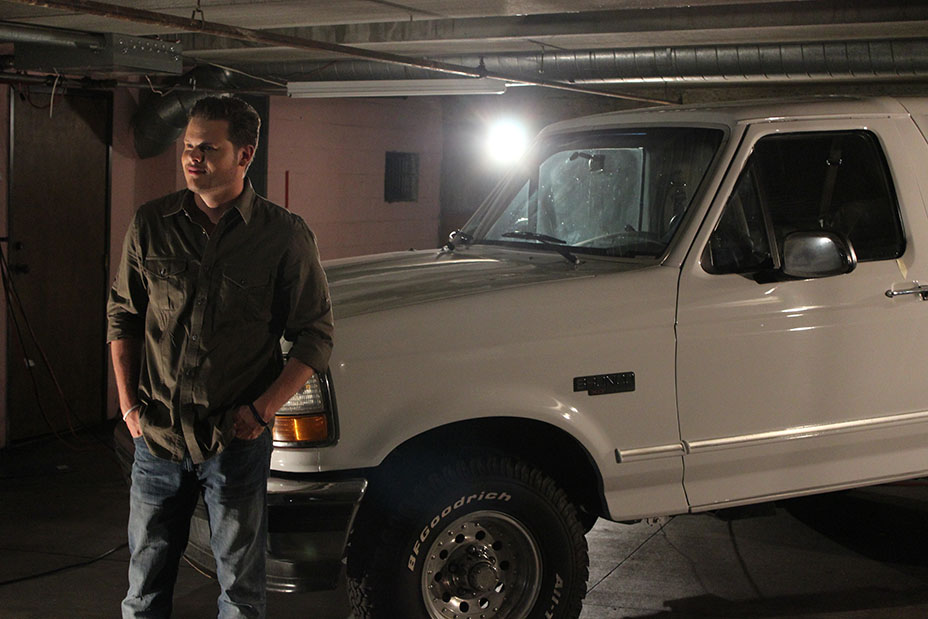 On the show, you meet with Nicole’s sister, Tanya Brown. Were you anxious to meet with her? You’re kind of opening these wounds to the victims of the families who are pretty set on the fact that O.J. is, in fact, not innocent.

[I was] excited, to be honest with you. When we have a victim in an actual case here in Rhode Island, 99 percent of the time you’re getting to speak with the victim’s friends and family. You’re not going off on other people’s opinions because they may not be in line with the truth. And one of the things that I really wanted, going into the show, was to have the blessing of both families to proceed forward. Because there is a lot of scrutiny out there that says, listen, these families are done with this. They don’t want to hear about it anymore. They don’t want it to be talked about anymore. They want to move on with their lives. But to know that they were on board to be a part of this, to speak with us personally, was the acknowledgment that I needed that, even though they had moved on in their lives, they still would like to see closure. They don’t have closure yet. In their minds, they know who did it, but that person is serving time for another crime. No one has been convicted of killing their loved ones.

How has being on television affected your day-to-day work as a sergeant?

When I first got off Big Brother, there were a lot of people showing up at the station wanting to meet me. And I don’t mind meeting people, but that’s not what the police department is for. It’s not a meet and greet. It’s my job, and it’s a very serious job. So, when I’m on a traffic stop, I’m worried about my safety and the safety of the person I’m stopping. I don’t have time to take a photo. [With] the guys in the department, it’s different. Not everyone is happy that Derrick the cop is on TV. Cops are very vocal. You hear things like, “Should he really be doing this? Should he really be on television?” I have ears and eyes, and it’s like any work environment. I had more of a positive experience from this show than I had from Big Brother because this is what we do. I can tell you that I had a lot of support, especially in the overall law-enforcement community throughout the country. There has been an even bigger support behind this one because, again, I think a lot of cops, especially now, wish they could speak their mind and show people who they really are. I’m one of the fortunate people to get that opportunity. And I hope that I represent the law-enforcement community in a way that is indicative of how we really are and that other law-enforcement officers who watch this show are proud of what I do. That’s what I really hope.

Is O.J Innocent? The Missing Evidence premieres on ID on Sunday, Jan. 15.