“This is a premiere for a TV series? For feature films we don’t even have a premiere this big,” said Vallee. While introducing the show he called for all of the “big little liars” and cast members Zoe Kravitz, Shailene Woodley and Laura Dern in the audience to stand up.

As for what Woodley hopes viewers take away from the series, the actress told The Hollywood Reporter, “Not everyone can relate to living in Monterey, Calif., a super white, super privileged area, but everyone can relate to being a mother or having been mothered or being in a relationship. Whether those relationships are between their children, or their lovers, infidelity, monogamy, all of these are issues we relate to.”

Added Kidman, “Artistically I think you put art out into the world and sometimes it’s divisive, sometimes it’s embraced, sometimes people cry, people laugh. When I was working with Stanley Kubrick he would say, “You never tell the audience what to feel. Let them choose to have their responses.”

As for Papandrea, she hopes the series reaches an audience beyond just a female demographic: “The most important thing for me is that it doesn’t get defined as a show just for women. My husband loved it. The men I’ve shown it to, love it. The problem that women face a lot is if it has women in the center it gets targeted as just for women. I hope when people talk about it they’ll realize it’s not just a show for women.”

One thing viewers will be talking about for sure is the murder mystery surrounding the series. Who is the possible murderer? Who ends up as a victim? “Immediately viewers are going to suspect Madeline,” said Reese’s onscreen daughter, Kathryn Newton.

“When I read this book, I had no idea from beginning to end. I had my suspicions, but I wasn’t right. I’m hoping that’s the case with the series,” said Papandrea. “Ultimately, though that’s important, but the series is about so much more than that.”

As for Moriarty, “In the beginning you’ll be suspecting Madeline. When I wrote the book, I didn’t know who was going to end up dead or who the murderer was myself so I wrote it that way, that it could be anybody.”

On whether Dern’s character, who is Witherspoon’s arch nemesis in the show, may wind up the murderer or victim, Dern quips, “I presume both. That’s what’s beautiful about the show. We all have reasons to be considered the victim or the “troublemaker.”

As for reuniting with Witherspoon onscreen, this time with their characters feuding, Dern joked, “We hate each other. She’s a nightmare. Reese Witherspoon is a nightmare! And my best friend.”

The two joined cast members Adam Scott, James Tupper, Stephen Graybill, Sarah Baker, P.J. Byrne and the show’s cast of kids for the premiere’s afterparty at the Roosevelt Hotel, which was transformed into the show’s setting — Monterey — with a beach-themed atmosphere. 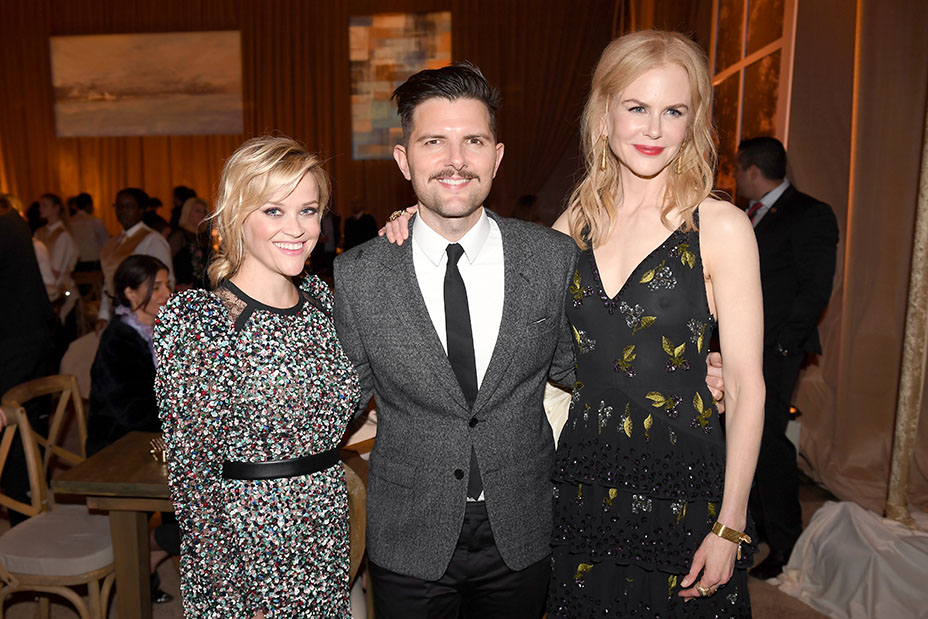 Also part of the bash was a playground-inspired photo booth, sushi buffet, wine tasting bar, fish and chips, and a build-a-bear station where a replica of the stuffed hippo from the show was given to party guests. 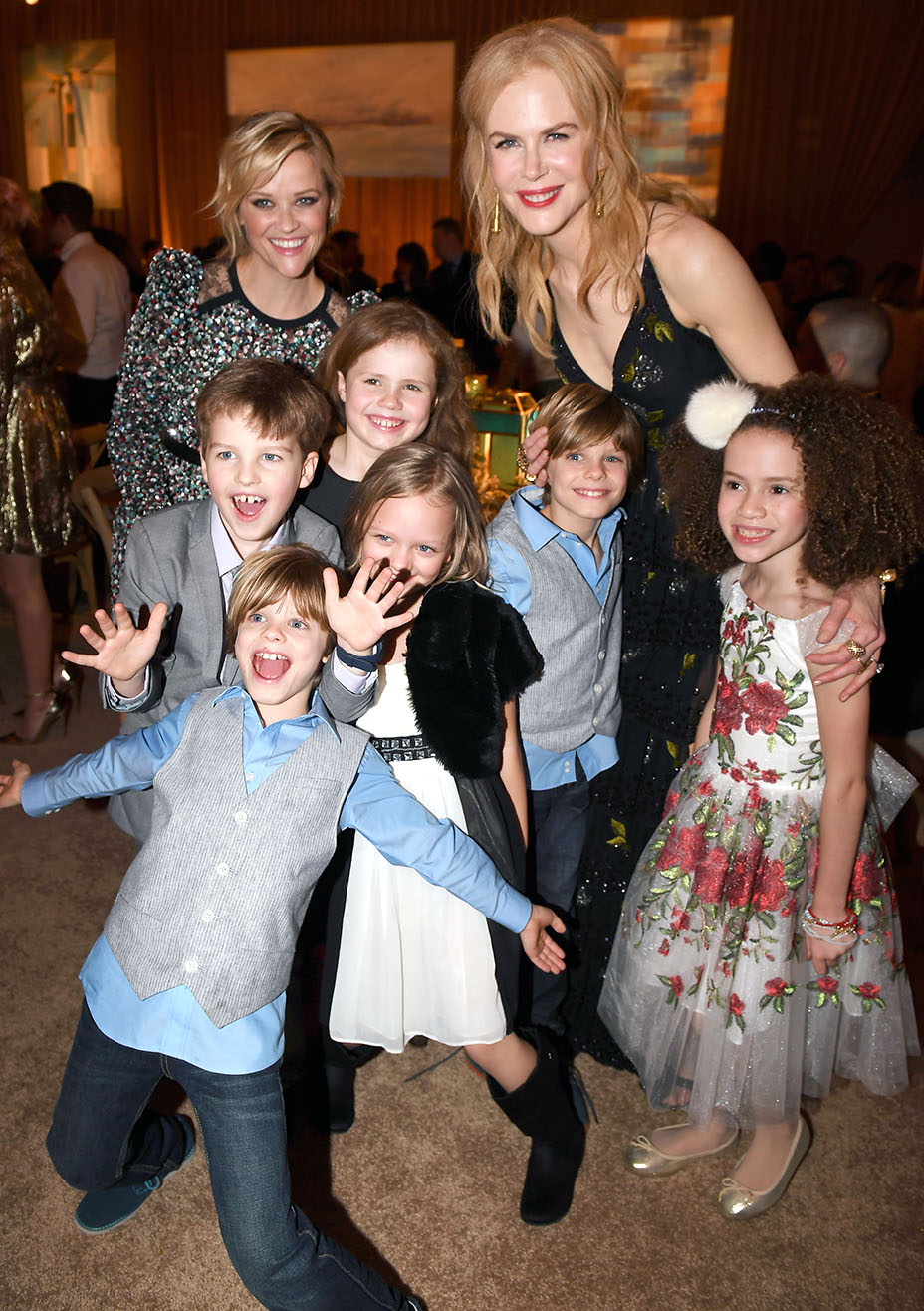