[This story contains spoilers from the fourth episode of Big Little Lies season two, “She Knows.”]

The return of HBO’s Big Little Lies has been building toward a showdown between Meryl Streep and Nicole Kidman’s characters, and Sunday’s episode revealed the former’s grand plan.

Ever since her season two arrival, Mary Louise Wright (Streep) has been epically inserting herself into the lives of the Monterey Five characters. In the fourth episode — titled “She Knows” — Mary Louise hires a lawyer and files a petition for guardianship against her daughter-in-law, Celeste Wright (Kidman), whom she believes is unfit to care for her grandsons, Celeste’s twin second-grade boys.

The act of betrayal comes after futile attempts to uncover the truth on her own about how her son Perry Wright (Alexander Skarsgard) died, and why he would sexually assault Jane Chapman (Shailene Woodley) if he was happy in his marriage with Celeste — despite how many times Celeste has told Mary Louise that Perry abused her. In addition to dealing with her personal trauma from the domestic abuse, Celeste is also holding the group’s big lie close to the chest: She, along with the rest of the Monterey Five, witnessed Bonnie Carlson (Zoe Kravitz) push Perry to his death in an act of self-defense.

By offering her services as a hands-on grandmother to a grieving Celeste, an all-seeing Mary Louise has witnessed more than enough events to concern Celeste when it comes to her case. After Celeste crashed her car while driving on Ambien, a snooping Mary Louise rifled through her prescription drawer; Mary Louise also saw Celeste push one of her boys while they were fighting and, on Sunday, the grandmother was on the receiving end of a slap in the face from Celeste. But the moment that perhaps pushed her over the edge came when Mary Louise returned the boys home after a sleepover and found an out-of-sorts Celeste nearly in bed with a one-night stand. 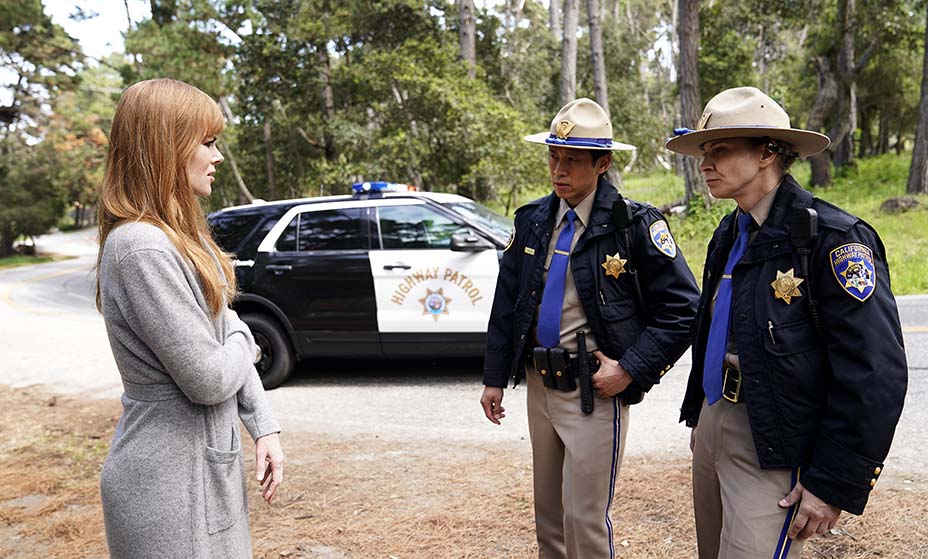 “I’m worried about the boys. Because you seem unwell, erratic. You hit me. You snapped,” Mary Louise tells Celeste during their first sitdown after the slap. Later, when delivering the legal papers, she tells her blindsided daughter-in-law, “I think you need to take some real time to heal, and while you do that, I think Max and Josh should reside with me.”

When Celeste puts up a fight, Mary Louise tells her flatly, “You’re a mess, Celeste. And until you’re better, we need to think about protecting the well-being of our boys. … They’re at risk here. They’re at risk in your care.”

Mary Louise, viewers find out, is now playing dirty to get what she wants by nabbing the best lawyer in the Bay Area and preventing Celeste from hiring the next-best options by conflicting them out. “Its an ugly process,” Mary Louise is told. The attorney she hires is Ira Farber (Denis O’Hare), who is the best family law attorney in town, according to Renata (Laura Dern).

“She’s everything you hope she’s going to be. She is fun, she’s serious. She’s really, really dedicated to what she does,” O’Hare, who calls his character “very intense,” told The Hollywood Reporter at the Big Little Lies premiere about Streep. “She’s brilliant when you watch her act. She’s insecure like the rest of us. She’s completely the best version of all the things you would hope. She’s brilliant.”

Of Streep’s subtly altered appearance for the role, including glasses, a wig and fake teeth, O’Hare says, “It’s a very, very small thing. I know why she does it. It’s to sort of shock you into being that person.” 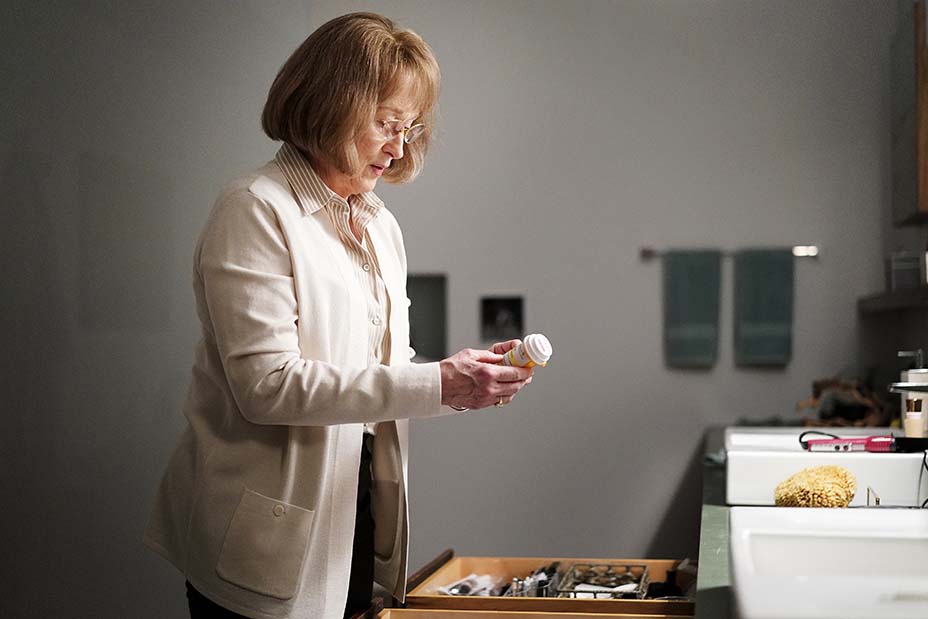 Why 'Big Little Lies' Brought Alexander Skarsgard Back for Season 2

When talking about the second season, Kidman had warned that Celeste’s journey as a domestic abuse survivor would be controversial. “We’re not doing an overall analysis of domestic violence,” she said at a cast panel at the the Wing SoHo ahead of the premiere. “This is a very particular story with this particular woman. Hopefully it’s incredibly real. And there’s an enormous amount of truth in it. I was adamant when we started the series that [Celeste] wasn’t a superhero. She wasn’t coming out of this saying, ‘I’m healed. Off I go. Let’s go.’ So you’re going to see the path and her navigating the path of what that means.”

Creator and executive producer David E. Kelley had also set the season two tone when speaking to THR to say that the paths to healing for both Celeste and Jane would be “complicated and tricky.” He added specifically of Celeste’s arc, “We don’t shy away from it, and Nicole doesn’t shy away from it. She really tunnels in on Celeste — the good, the bad and the ugly.”

Now that Mary Louise lives in the same apartment building as Jane and her paternal grandson, Ziggy, (Iain Armitage), a confrontation between the new in-laws, followed by a conversation with Celeste and her therapist (Robin Weigert), signals that neither Mary Louise nor Celeste will be backing down.