Let’s stipulate right away that this list is not going to be complete. In the streaming era, where no platform willingly gives up all it knows about who’s watching its programming — and those measures that are available don’t account for every way someone can view a show — any compilation touting the “most watched” has to come with at least a few caveats.

None of which is to say that the exercise of finding out which shows have the biggest audiences isn’t fun on its own — and the results of The Hollywood Reporter’s compilation contain a few surprises. The biggest shows of the fall across various outlets represent scripted and unscripted shows, breakout newcomers and mainstays well into their second decade.

About those caveats: To come as close as possible to a platform-crossing figure, THR calculated the minutes watched for broadcast and cable series’ original episodes from Nielsen’s seven-day ratings. That allows for comparisons to streaming series, which Nielsen measures using the total minutes metric. Where possible, THR also added the streaming minutes of currently airing network and cable shows to their on-air tallies — though that really only affects CBS’ NCIS and ABC’s Grey’s Anatomy, which are mainstays in the top 10 acquired shows on Netflix.

Seven-day ratings for broadcast and cable shows, meanwhile, don’t capture on-air repeats or streaming viewership. For a couple of premium cable shows, THR also accepted multi-platform figures from those outlets, which encompass a longer period of time. Those entries will be marked with an asterisk. Similarly, Nielsen’s streaming rankings don’t include the likes of HBO Max, Peacock or Paramount+, nor do they go past the top 10. So while people certainly continued to watch Squid Game after it dropped off the top 10 list, just how many did is near impossible to quantify.

With all that in mind, here are the biggest shows of the fourth quarter. 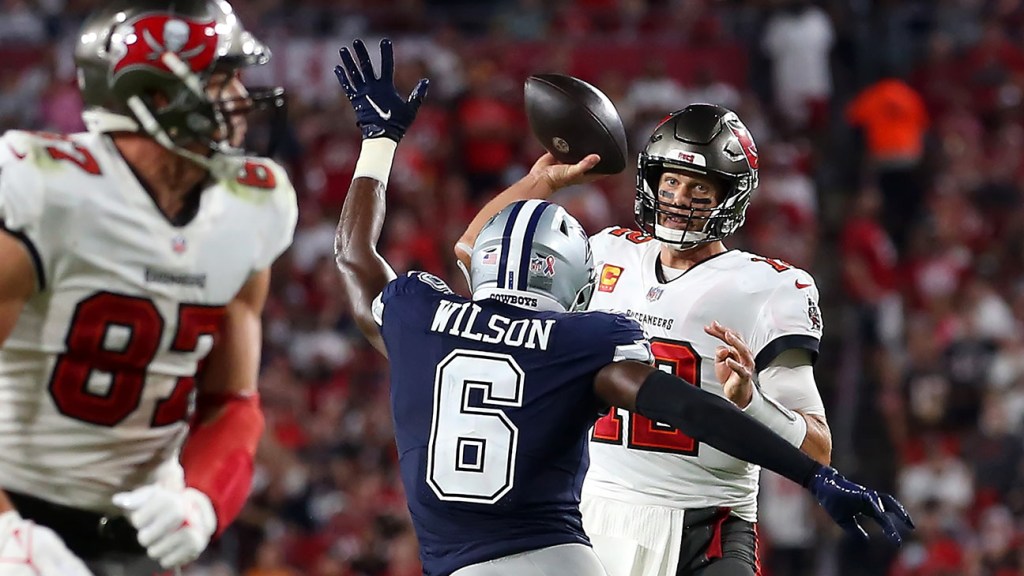 The Biggest Show on TV: The NFL

Through 15 weeks of the season (ending Dec. 21), NFL games are averaging about 16.6 million viewers per contest (including digital platforms), a 7 percent improvement on the 2020 season. The league’s three primetime showcases on Thursday, Sunday and Monday nights are all up by at least 8 percent year to year, and the 4:25 p.m. ET Sunday window shared by CBS and Fox remains the most watched program anywhere on TV.

The 16.6 million average covers 98 telecasts. Figuring a rough average of three hours per game, that means the NFL has racked up almost 293 billion minutes of viewing time. As will become obvious below, that figure absolutely towers over everything else on this list.

(Everything below, in fact, can have an implied “other than football” in its heading.)

The Biggest ABC Shows: Dancing With the Stars and Grey’s Anatomy

Hourlong dramas have an advantage over half-hour comedies in the total minutes game, and two-hour unscripted shows have an even bigger one. That’s why Dancing With the Stars — though it has only the sixth-largest average audience among ABC series this fall — has far and away the highest total viewing time on the network at 7.17 billion minutes, based on seven-day ratings.

Grey’s Anatomy racked up 2.81 billion minutes of watch time in seven-day ratings through Dec. 12 (during which time it aired three fewer episodes than DWTS). Add in the weekly Nielsen streaming tallies, however, and the long-running drama jumps up to 7.06 billion minutes.

By virtue of having three more episodes than NCIS, 60 Minutes has more total viewing time based on seven-day ratings: just under 7 billion to 6.07 billion for NCIS. The latter, however, consistently racks up more than 500 million weekly streaming minutes on Netflix, per Nielsen, bringing its total for the fall to about 11.6 billion.

The Biggest NBC Show: The Voice

Both weekly editions of The Voice averaged above 8 million viewers over seven days. The Monday show, with its two-hour running time, took up 11.53 billion minutes of viewers’ time. Adding in the Tuesday edition brings The Voice’s total to almost 17.4 billion minutes for every episode.

As The Masked Singer’s glow has dimmed a little bit in the past couple of seasons, the Ryan Murphy-produced drama has taken up the No. 1 spot on the network by a good margin. Including self-reported streaming numbers, Fox says 911 is averaging 13 million viewers per episode for a total viewing time of 7.67 billion minutes.

The CW says All American is its most streamed show, and Nielsen numbers over the summer — when the show’s third season hit Netflix — back up that claim. But in terms of the available numbers for the fall, Walker takes the crown, with a little under 610 million minutes of viewing time based on Nielsen’s seven-day ratings. All American comes in at 415.2 million, just behind the 416.8 million for Penn & Teller: Fool Us, which aired two more episodes between the start of the season and Dec. 12.

Paramount Network’s massive hit doesn’t have the benefit of streaming on the in-house Paramount+, as ViacomCBS sold streaming rights to the show to NBCUniversal’s Peacock. But Yellowstone’s fourth season is averaging 11 million viewers over seven days, with running times that regularly exceed 60 minutes. That works out to 5.18 billion minutes of viewing over only seven episodes.

Yes, Mare ran in the spring, so the “fall 2021” part of the headline doesn’t apply there. But for as buzzy as Succession was in its third season — and as much as it made ratings gains over season two — it doesn’t come close to the audience of the limited series starring Kate Winslet. With that much span of time for people to watch, Mare of Easttown has averaged 13 million viewers per episode through mid-December, per HBO’s all-platform figures. That’s about 5.4 billion minutes of viewing time. Succession’s nine-episode third season is at 3.29 billion minutes, based on an average of 6.1 million viewers through Dec. 13.

The revival of Dexter, eight years after its widely panned series finale, has been a big draw for Showtime — big enough, in fact, to surpass every season of the show’s original run. New Blood is averaging 7 million cross-platform viewers through its first seven episodes, per Showtime. That gives it a total of about 2.56 billion minutes of watch time.

The Korean hit is, according to the streamer, Netflix’s biggest series ever by its new standard of total hours viewed: Squid Game amassed 1.6 billion hours of viewing worldwide in its 28 days, more than doubling the previous No. 1, Bridgerton (625 million hours). The worldwide figure equates to 96 billion minutes of viewing; in the United States, Squid Game totaled 14.1 billion minutes of watch time in the nine weeks where Nielsen figures for the show are available.

The Biggest Show on Other Streamers: Ted Lasso (for now)

Nielsen started including Apple TV+ in its weekly streaming rankings for the week of Sept. 20 — right after Ted Lasso dominated the comedy field at the Emmys. The series grabbed 2.92 billion minutes of viewing time in the eight weeks after that, surpassing the total of any other non-Netflix series in the fourth quarter. Hulu’s Only Murders in the Building drew 1.51 billion minutes of viewing time in the six weeks it made Nielsen’s top 10.