Continue to The Hollywood Reporter SKIP AD
You will be redirected back to your article in seconds
Skip to main content
August 22, 2018 6:20am

Saturday Night Live takes the romanticism out of being an artist. And I don’t mean that in a bad way.

I grew up with a certain image ?of being a writer. My high school girlfriend gave me a copy of Jill Krementz’s ?The Writer’s Desk — this collection of her beautiful portraits of writers — and that’s how I wanted to live. Wake up, get your coffee, look outside, ruminate and sit down at your mahogany desk like Philip Roth. That’s fucking rad. That’s the life. In reality, there’s no mahogany desk. There’s only a conference room table, and you’re lying on the floor underneath it, scrawling something in mangled Italian on the back of an old lunch order for the Vinny Vedecci sketch. You can’t ?sit there and wait for inspiration. You think ?on the fly. You get the work done. You spend every day, every hour you have, trying to ?make the thing better.

When I got on SNL, I hardly had any experience writing or performing comedy. I wasn’t even planning on acting. I knew that I wanted to be a writer and a director, but I had only signed up for classes at Second City Los Angeles because I needed a creative outlet. You move to Los Angeles to be creative. But what I’d been doing was just taking odd jobs on film sets ?to pay bills. So I’d had exactly a year and a half of doing any comedy at all before I booked the show and moved to New York. I decided that was where I was going to learn. And I quickly found that the only thing I could really control was what I brought to the table read on Wednesday and how I performed in other people’s sketches. 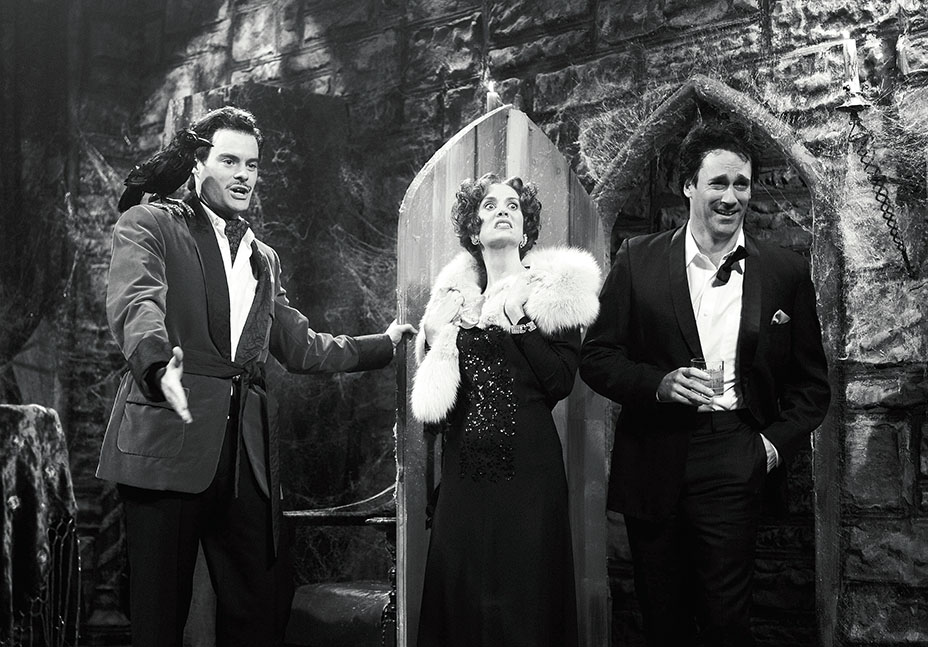 The basic math of SNL is that you’ve got to find something in the middle of the Venn diagram of what the audience finds funny, what the show finds funny and what you find funny. Some people come in, like Kristen Wiig, and ?it all overlaps. I was not like that. It really took a while for me and the audience to connect. Learning how to fail is something SNL teaches you well. You fall on your face a lot at that place. You’re always trying to diagnose why something doesn’t work or how to avoid making the same mistake again.

Oftentimes in a collaborative space, people really just want to gather a bunch of people in a room to have their opinions canceled out ?so that their idea wins. But I really like to hear what people have to say. I get excited by it. ?Seth Meyers, who was head writer throughout my time on the show, was very good and very diplomatic in the room. His thing was, “I hear you, but here’s where I think it’s not working.”

What happens next — and this is the best ?— is that you come to a place where neither of ?you would have gotten on your own. That’s ?what happened with Barry. In coming up with the story, I said, “What if I were a hitman?” Alec Berg, my co-creator and co-showrunner, was not as into it. He started talking about my character taking an acting class, and suddenly we’re in this new story. There’s another room in the same house, and it’s much more interesting. 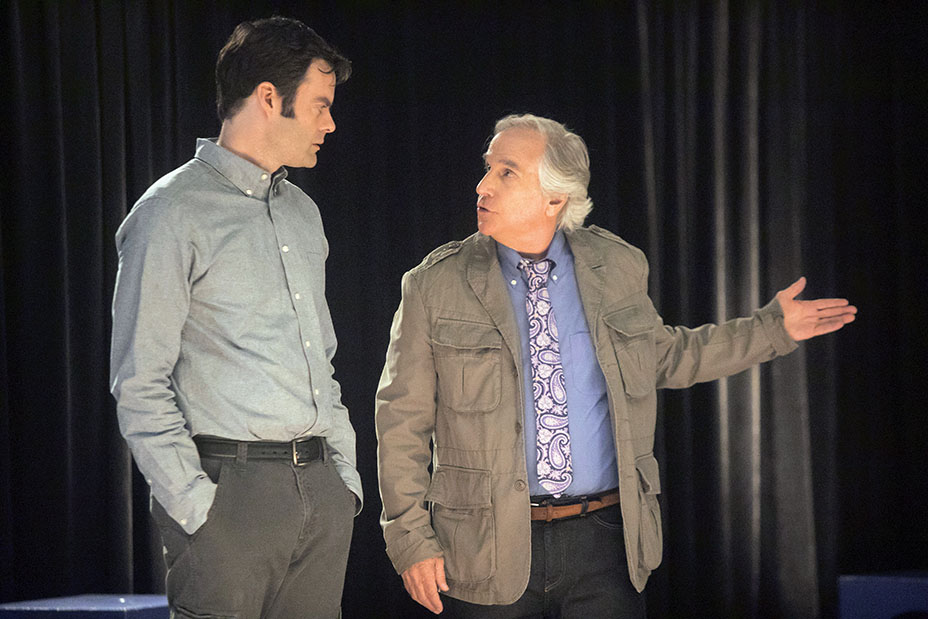 During the first season of Barry, I realized how much SNL taught me about the practicalities of making a television show. You’re not ?just there as a performer. When your sketch gets ?picked, you meet with all of the department heads — makeup, hair, wardrobe, production ?design, the director. You have to go to them with a plan. “Here’s what I’m thinking: It’s Vincent Price’s house. There’s a coffin over here, Liberace’s piano is over there, and I’m going to want to fly in on a wire.” Only I have to be told ?that flying in on a wire really isn’t going to work. Simpler and more specific is always better. People get it. Now, I had nothing to do with Stefon’s look, that was all John Mulaney, but I’m pretty sure his only direction to hair and wardrobe was just, “Club kid.” (Maybe he said “Ed Hardy,” I’m not sure, but suddenly that shirt and wig were there.)

I’d be totally lost if I hadn’t done SNL for ?eight years. When we started production on Barry, I felt very confident saying, “Here’s ?the way I see it,” and then hearing people out and trusting them to do their jobs. It’s really felt like an extension of my time on SNL. And they’re not all that different from each other — though I guess now there’s more crying and death in Barry, at least onscreen.