Billie Lourd has given her most in-depth interview since the loss of her mother, Carrie Fisher, and grandmother Debbie Reynolds, who passed away within days of each other in December.

The 25-year-old Scream Queens star, who will also be appearing in the upcoming Star Wars: The Last Jedi, begins the candid chat with Paulson by discussing how they met. In 2002, when Lourd was only 10, Fisher invited Paulson to a dinner party at her house and she “basically” never left after that.

“You were very funny and seemed to be completely comfortable around grown-ups,” said Paulson.

Lourd, whose parents split in the 1990s, described the “hilarious balance” of life at her mother’s house compared to her father’s, talent agent Bryan Lourd.

“He gets home at the same time every day, and we eat dinner together, we do homework together, we watch Extreme Makeover: Home Edition and cry, and then go to sleep,” Lourd recalled. “At Mom’s it was like, ‘Let’s put Christmas lights in the palm trees at 2 a.m.’ “

But now that Lourd is herself in the spotlight, she says she tries to emulate her mother: “Looking back and watching her interviews, I try to model what I do after her. She was so good at it. She would get so annoyed with me if I ever did a fake interview. She’d say, ‘Tell the real story.’ “

Recalling how she met Murphy at a birthday dinner in Silver Lake — which led to her Scream Queens audition — Lourd explained her new look for the upcoming AHS role. Her trademark earmuffs on the now-canceled Fox series were a tribute to Fisher’s Princess Leia buns, and Lourd also revealed that watching a Scream Queens episode was the last thing she and her mother did in person together.

“I had this blond hair I’d had my whole life, and I texted Ryan and said, ‘What are we doing with my hair? I want to do something iconic,’ ” she recalls of her new look. “He wrote back and said, ‘What about gray?’ And I was like, ‘Let’s do it.’ ” 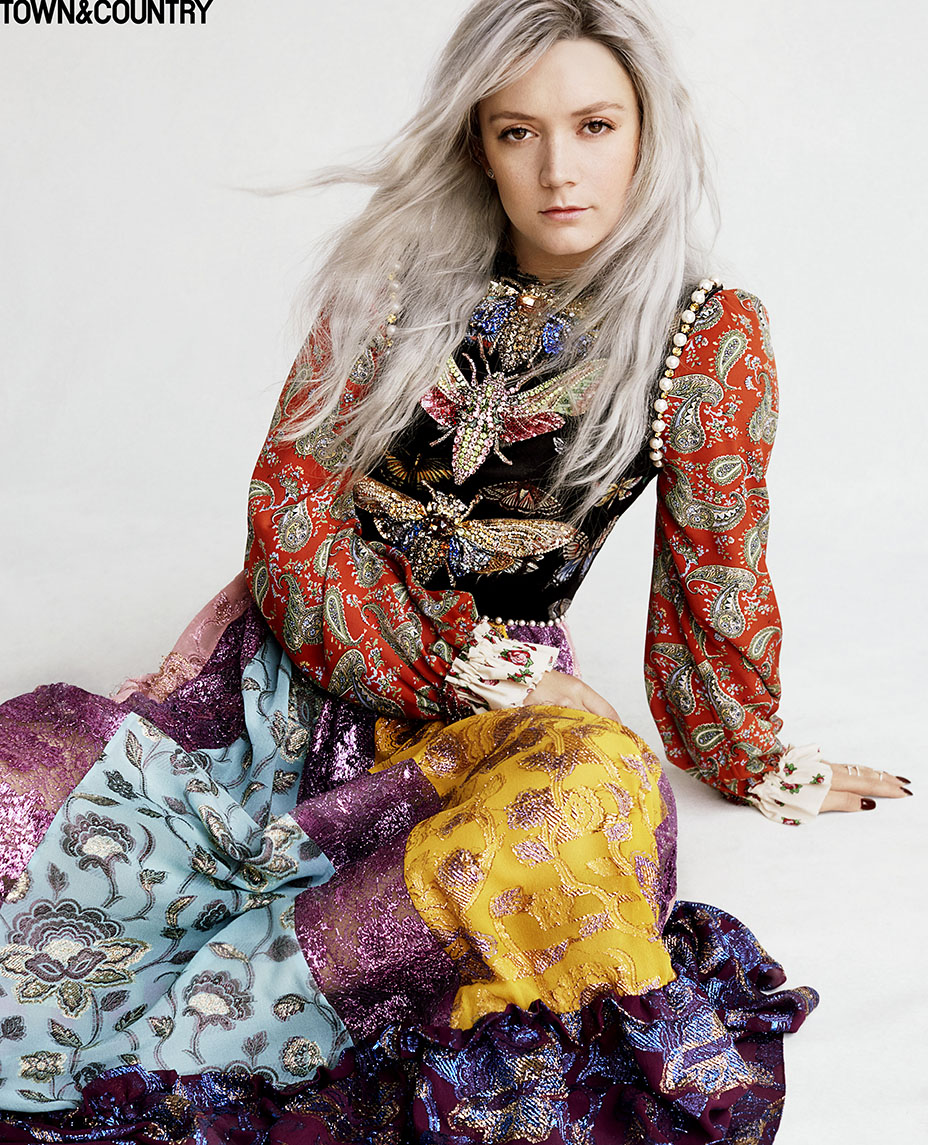 Lourd also revealed that three days before Reynolds died, her grandmother was still encouraging her to put a one-person act together.

“If life’s not funny, then it’s just true — and that would be unacceptable,” says Lourd, echoing her late mother. “Even when [Fisher] died, that was what got me through that whole thing. When Debbie died the next day, I could just picture [Fisher] saying, ‘Well, she’s upstaging me once again, of course — she had to.’ “

Admitting that the famed Star Wars role was hard for her mother to break away from — “I don’t know if I would play a woman in space in a bikini. You also have to be careful about getting oversexualized, and that was hard for her,” she says — Lourd opened up about how her mother never hid the way she lived her life. Paulson recalled the statement Lourd released after Fisher’s autopsy results: “My mom battled drug addiction and mental illness her entire life. She ultimately died of it. She was purposefully open in all of her work about the social stigmas surrounding these diseases.”

Billie Lourd Shares Touching Pic of Mom Carrie Fisher on Instagram: "I Learned From the Best"

Now Lourd admits that she is finally living her life outside of both her mother and grandmother’s grand shadows.

“Now is the first time in my life when I get to own my life and stand on my own,” she says. “I love being my mother’s daughter, and it’s something I always will be, but now I get to be just Billie.”

She continues, “It’s a lot of pressure, because she had such an incredible legacy, and now I have to uphold that and make it evolve in my own way.”

Adding that maybe “living too out in the open” was one thing she learned from her mother’s life that she doesn’t want to repeat.

“It’s good to be authentic, to help other people, but if it’s not helping other people, then don’t do it,” she says. “There were a couple incidents I wish she could have kept to herself. But, you know, that was the beauty of her.” 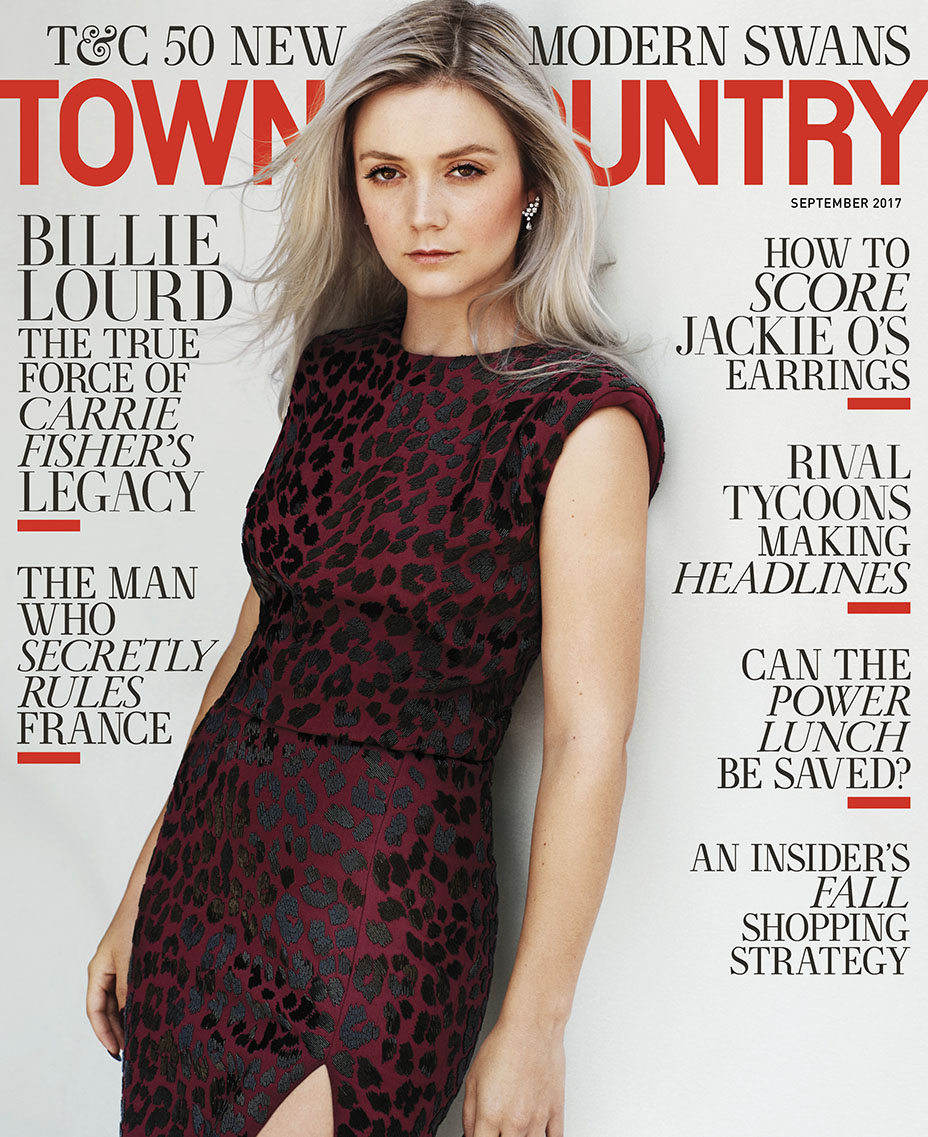