The downfall of Billie Piper’s title character in I Hate Suzie comes courtesy of a dick pic.

Moments into the first act of the cringey British dramedy, Suzie Pickles, a teen pop star turned middling actress, discovers she’s the victim of a phone hack — one replete with nude photos, the most incriminating of which depicts the protagonist holding a penis that (for reasons not immediately revealed) clearly belongs to a man who is not her husband. But even as illicit images loom over an eight-episode run that plays out like a sustained nervous breakdown, the specifics of her exploits go unseen.

“I have done my fair share of sex scenes, and I’m just so bored of how disingenuous they are,” says Piper, who previously bared quite a bit in Secret Diary of a Call Girl. “I wanted to be really horribly honest about it all, and there is not really a space in the honesty for me spending four hours in hair and makeup, getting my ass buffed and putting on unbelievably expensive lingerie. Besides, not showing the penis is way more interesting than showing the penis.”

Nearly 20 years into her acting career, Piper is finally in a position to decide what to show. I Hate Suzie, which premiered stateside on HBO Max in November, marks the first series on which the 38-year-old boasts a creator credit, one she shares with former Call Girl producer Lucy Prebble. But where their glossy drama about a high-end London sex worker trafficked in T&A — “a missed opportunity,” laments Piper — the friends wanted their latest collaboration to take a more nuanced approach to womanhood and sexuality.

Sure, sex is still aplenty — a storyline about Pickles pleasuring herself inspired an Evening Standard headline that read “Billie Piper and Lucy Prebble are the Chekhovs of female wanking” — but it’s the series’ focus on matters of identity and crisis that’s struck a chord with critics. Reviews have been effusive, with regular comparisons made to the works of British female auteurs Michaela Coel, of I May Destroy You, and Phoebe Waller-Bridge, of Fleabag. “There is clearly an appetite for these stories,” says Piper. “It is quite a tasty time for all of us, really.”

Adds Prebble, the Emmy-winning Succession producer who penned every I Hate Suzie script, “Billie is savage when it comes to herself. Surprisingly often, actors will worry about what audiences think of them as people, based on what their characters do. But Billie is very, very un-vain, physically and emotionally.”

If Piper is trying to make audiences uncomfortable, as I Hate Suzie‘s spectacle of self-sabotage strongly implies, she wants the opposite for her company. During a December Zoom call, over the better part of two hours, she is honey-warm — laughing at herself, her own experiences in the music industry and her new series’ complicated inspirations (i.e., Louie).

Piper has made her home in London’s Camden Town with her three children and her partner, musician Johnny Lloyd, and the broad strokes of her early biography bear some resemblance to this latest character. Like Suzie, Piper is a former teen pop star who pivoted to acting, starring in the first two seasons of BBC’s Doctor Who reboot, a global phenomenon that still airs after several generations of cast changes — but that is where the similarities end. Piper is quick to distance herself from the character, even though most American viewers aren’t well versed in her pre-Who career. “I was kind of like Britney Spears, I guess, but with less hits,” she says, laughing her way through the description. “Less hits and less money! It took a very familiar course: bright and shiny and optimistic … and then absolute chaos.”

In 1998, at just 15, she became the youngest female artist ever to enter at No. 1 on the U.K. singles chart. But by 2001, after just two albums, a growing distaste for the music industry and failed attempts to translate British success to the U.S. market (complete with that ’90s relic, the mall tour) inspired her to cut and run. “Some of my lowest times, that mall tour,” she says. “Sometimes there’d be like 16 people, the P.A. wouldn’t work, and no one even gave a shit. I felt like a charlatan, and I just needed a hard out.” 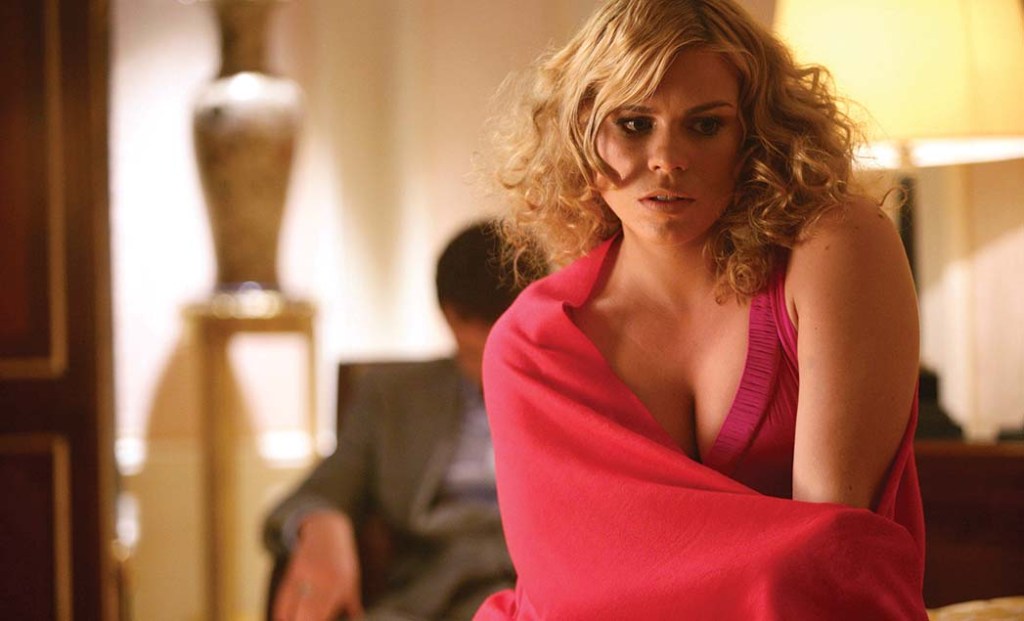 It’s impossible to know if there’d be a version of Piper as self-assured as the one reminiscing on a plush love seat almost 4,000 miles away without that trial by fire, but she says it put her priorities in focus. After dipping out of the public eye for a few years and taking acting classes with a U.S. drama instructor, Piper made her official career transition when she booked Doctor Who in 2004. She didn’t linger long, jumping after two seasons to a run of other TV projects (Mansfield Park, Secret Diary of a Call Girl, Penny Dreadful and Collateral). Her breakthrough, however, came onstage. In 2016, Piper starred in the Young Vic production of Yerma, a contemporary spin on Spanish writer Federico García Lorca’s 1934 tragic play about a woman driven mad by her infertility. The accolades read like hyperbole. Piper became the only actress to win all six of the currently available best actress awards in U.K. theater for one role. And when the production came to the U.S. for a brief off-Broadway run, the reception was equally rapturous. The New York Times‘ Ben Brantley called it “one of those performances that leave you bruised, breathless and grateful for an experience you wouldn’t have missed for the world.”

As with Yerma, shaking off vanity is something of a mission statement for I Hate Suzie. After initially plotting a comedy about female friendship, Piper and Prebble shifted their focus to an unlikable actress after finding inspiration in the spate of celebrity phone hacks. But whatever sympathy viewers feel for Suzie in the wake of the collapse of her marriage and career, the camera fixed close on her rattled face, is tested by her series of abysmal choices, the way she treats her deaf son and her loud, stress-induced IBS. Says Prebble, who workshopped her scripts with Piper, “I was really looking to make Billie laugh.” 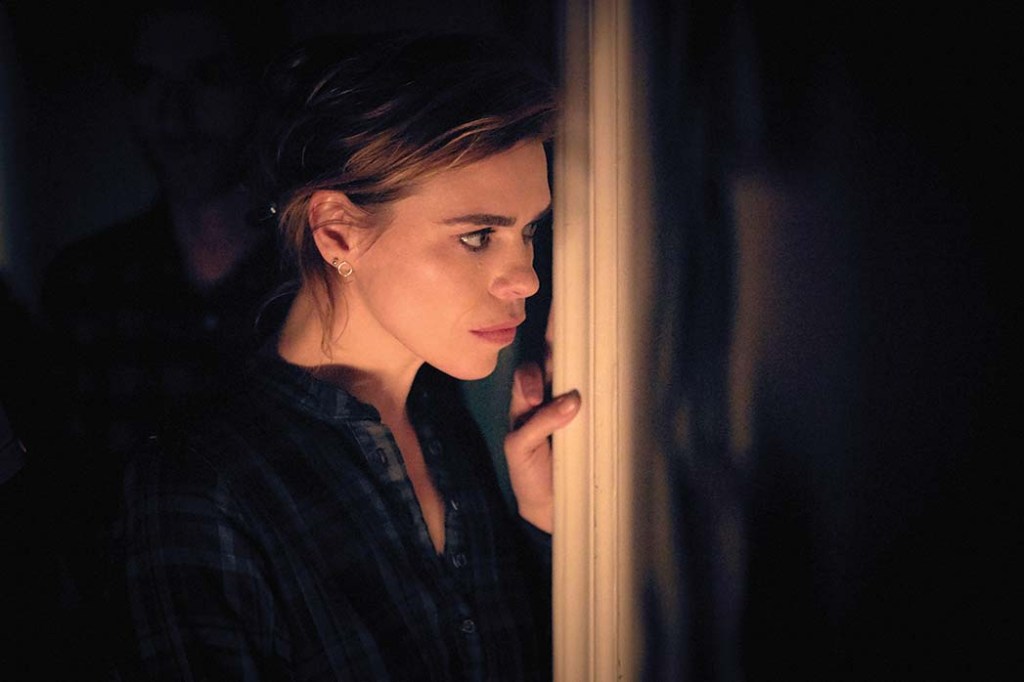 Piper seems to revel in the serialized panic attack that ended up onscreen. Each episode tackles a different emotion — shock, shame, guilt and, ultimately, acceptance — while Suzie moves through the scandal as it unravels her life. The emotions also inform the tone of each episode. “Fear,” for example, takes cues from Hitchcockian suspense. But one of the biggest inspirations, says Piper, is Louis C.K.’s Louie.

“I feel like I can’t talk about Louis C.K. anymore,” she says of the disgraced comedian. “So let’s focus on [his] show. We wanted to make a show like that, one that plays with form and metaphor. My creative passions play so much with reality, surrealism, comedy and crisis — like with mid-period Woody Allen.” She pauses, before adding with laugh, “And I’m so aware of the fact that I’m basically listing sex offenders.”

Up until only a few years ago, character studies like I Hate Suzie didn’t get the green light unless they were made by men. That’s changing, albeit not quickly enough. And while many actresses would cite the lack of appealing roles as their rationale for producing their own work, Piper has a slightly different motivation. There are parts — she just wasn’t getting them. She said as much during a recent podcast interview, referencing a pool with the same unnamed British actresses always being offered the good jobs. “Keira Knightley, Carey Mulligan and, oh, who else get all the bloody parts?” she elaborates. “Hayley Atwell, who looks pretty much identical to me but has more symmetry in her face — not that I’ve thought about this too much!”

That’s one reason why she and Prebble are already discussing narrative paths for another season of I Hate Suzie, even though the first eight episodes could just as easily stand on their own. What taste she’s had of decision-making, even in making a show about a woman robbed of agency, has her surer than ever that she wants to cut out the micromanagers and middlemen. She’s already proven to herself that she’s capable and sees little benefit in attempting to court anybody else.

“It’s the constant trying to prove yourself to people who just want to hire Carey Mulligan in every role,” says Piper, laughing yet again. “Constantly proving yourself is just such a ball ache, you know?”