The next season of USA Network’s Mr. Robot won’t premiere for another couple of months, but fans are already getting their first look at what lies in store for Elliot Alderson (Rami Malek) in the form of a single image, focused on a new man: Irving. He’s described as “a laconic, no-nonsense used car salesman.” He sports a glasses and mustache combination that would make a pre-Heisenberg Walter White crystal blue with envy, and he comes in the form of the prolific Bobby Cannavale, late of Vinyl, Master of None, Boardwalk Empire and more.

Here, meet the man yourself: 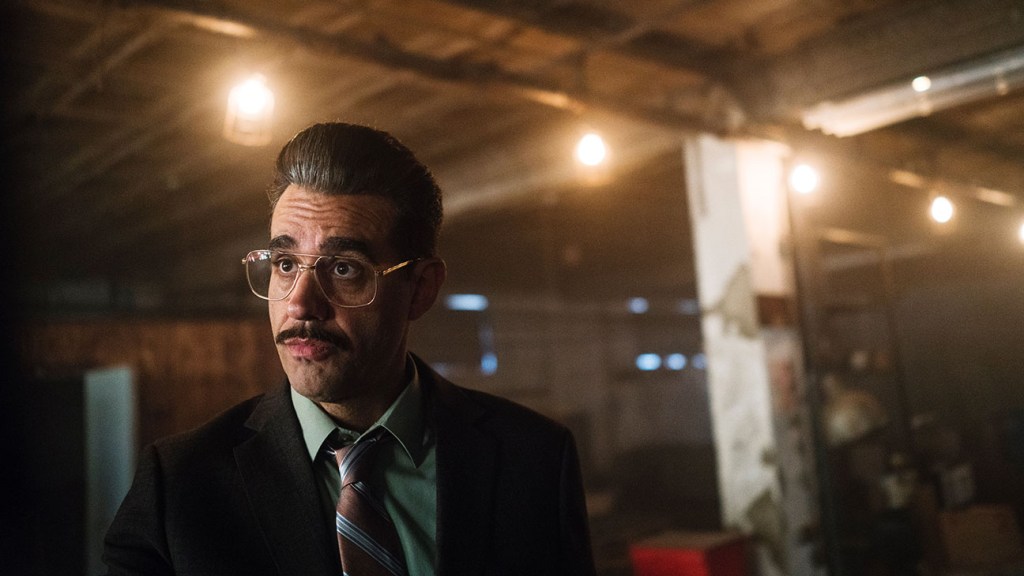 For a man who sells used cars, Irving doesn’t exactly look like he’s at a lot slinging vehicles. No, it feels increasingly likely that the description surrounding Irving is just the latest secret in the already highly secretive universe of Mr. Robot, which ended its second season in shockingly violent fashion: Elliot bleeding out on the ground, after being shot by Tyrell Wellick (Martin Wallstrom) on orders from the Mr. Robot (Christian Slater) side of Elliot’s personality. Creator Sam Esmail has made no secret that Elliot will survive the injury, but the possibilities surrounding the fallout of the shooting are limitless — and it’s highly probable that Irving is one of the many forms of said fallout.

So, if we assume that Irving isn’t just a used car salesman (and given the surprising ways the show unfolds, it’s not out of the question that he is exactly as he’s being billed here), then who is he? A key cog in “Phase 2,” perhaps? The man responsible for keeping Tyrell hidden from society in the aftermath of the Five-Nine Hack? Yet another manifestation of Elliot’s vivid imagination? For now, the only thing we know for sure about season three is that it picks up “immediately following the season two cliffhanger,” according to USA.

Whoever Irving is, then, we’ll discover the answer when the show returns in October. As for when exactly to expect Mr. Robot in October? As with so much else in this series — and as is made clear in a tense new teaser — it’s only a matter of time.

Do you have the time?

Follow THR.com/MrRobot for all news, interviews, theories and more about the USA Network thriller.