It’s a poignant moment that drives home just how strange it has been for slackers Skinny Pete (Charles Baker) and Badger (Matt Jones) to see their friend Jesse (Aaron Paul) rise to the top of the criminal underworld. And for Baker and Jones, appearing in El Camino was perhaps just as surprising, an unexpected reunion that required strict secrecy.

Baker recalls that his wife was only vaguely aware of what was going on when he flew off to Albuquerque, New Mexico to shoot the ultra secret project, which opened in theaters and premiered on Netflix Oct. 11.

“She knew as much as she could. She had to know I was leaving town,” Baker tells The Hollywood Reporter.

Breaking Bad creator Vince Gilligan was afforded a slower pace of shooting while directing El Camino than he had during the AMC TV show. Though Jones and Baker say they would never presume to change the Emmy winning Gilligan’s words, they note El Camino‘s less compressed schedule did allow for a tiny amount more of experimentation on their end of things.

“A lot of our stuff changed as we were shooting,” Baker says, noting Gilligan would fine tune things. “Normally, they don’t let us improvise, but this time, they did give us a little bit of free rein.”

Adds Jones: “I think there was a line or two that we threw in. But Vince has a very clear vision, and boy, would we be wrong to think ours is better.”

Badger and Skinny Pete were last seen providing a much-needed moment of levity in Breaking Bad‘s series finale, in which they used laser pointers to pose as hitmen employed by Walter White (Bryan Cranston). In El Camino, they are a little richer thanks to the money Walt gave them for their deeds, with the pair enjoying some expensive-looking gaming chairs in their home.

Baker had given thought to what happened to Badger and Skinny Pete after Bad, and recalls a piece of artwork a fan made depicting their futures.

“It was this great picture of Badger and I sitting at a table, having an argument, watching Die Hard on a huge TV,” Baker recalls with a laugh. “I’m wearing a Darth Vader outfit with the helmet sitting on the table next to us.”

So, to a certain extent, that fan art got the spirit of what they were doing right. 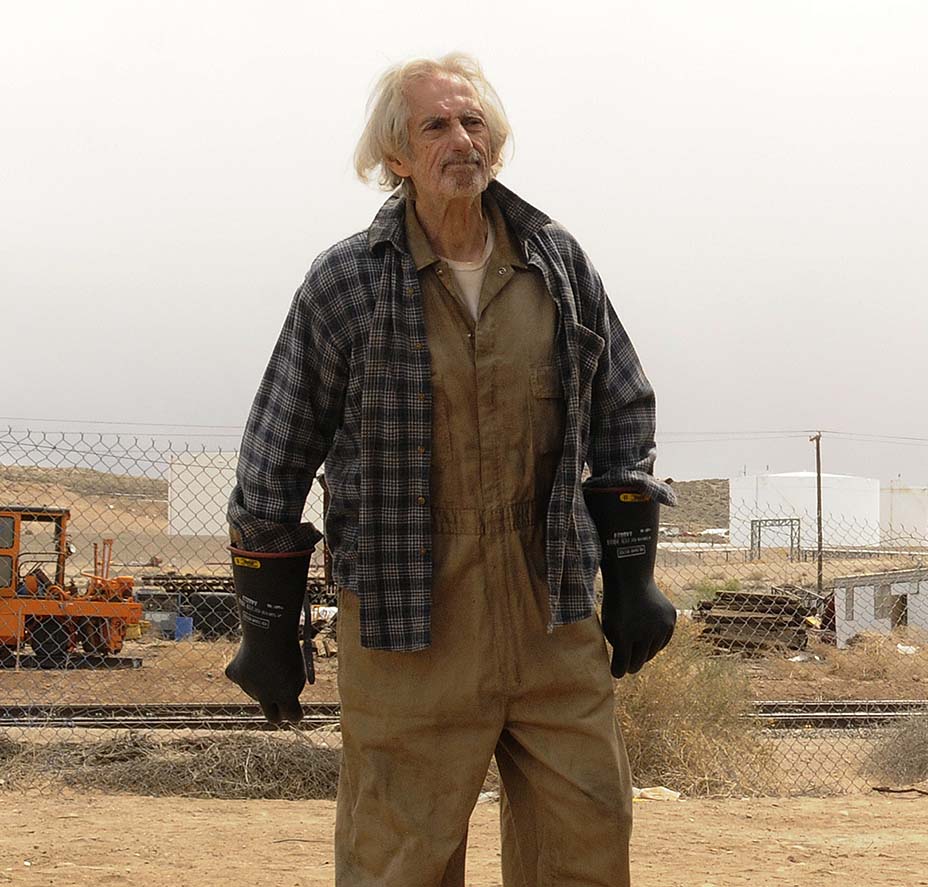 Soon after reuniting with Jesse in El Camino, Badger and Skinny Pete call upon Old Joe (Larry Hankin), the industrious junkyard owner who was last seen in Breaking Bad season five helping Walt and Jesse rig up a giant magnet. Hankin notes when he got the call for El Camino part, he wasn’t told what it was for. The actor was told Gilligan was writing a role for him, but if he wasn’t available, Gilligan would cut the role from the project.

Hankin gives credit to Gilligan’s writing for crafting Old Joe, but notes he also took inspiration from his own uncle Murray.

“He used to babysit for me. I grew up with him and he was my favorite uncle,” says Hankin. “When [Gilligan] wrote Joe, I thought, ‘Holy cow. My uncle is like Joe.’ I didn’t do any prep at all. I had him down.”

How 'El Camino' Honors and Moves Beyond 'Breaking Bad'

Hankin knew channeling his uncle was the right call when Gilligan didn’t say anything on those episodes of Bad.

“All the great directors say nothing if you’re doing it right,” Hankin says.

Jones and Baker both retain soft spots for Jesse, even years after Bad ended. Jones admits he didn’t spend time pondering Badger’s fate, but the one thing that didn’t surprise him about El Camino was that Jesse would seek out his old friends for help.

“That’s who he was at the beginning of the series, just some burnout kind of loser who hung out with us, and he went somewhere else, where we couldn’t go,” Jones says. “It was nice for him to come back.”