[This story contains full spoilers through the series finale of AMC’s Breaking Bad.]

Just when he thought he was out, they pulled him back in.

Aaron Paul is reprising his role as science and woodworking enthusiast Jesse Pinkman in Vince Gilligan’s upcoming Breaking Bad sequel film, set to unfold on Netflix and AMC. In the context of Gilligan’s crystal-blue universe, continued crises may come as a shock for the disciple of the late Walter White (Bryan Cranston). Given his final appearance in the Breaking Bad series finale, however, it should come as little surprise that there’s more to Jesse’s story.

Over the course of its five-season run, Breaking Bad was rarely kind to Mr. Pinkman. A lazy student and low-level drug dealer at the outset, Jesse became an unlikely underdog, frequently brutalized both physically and emotionally thanks to his association with “Mr. White,” as Walt was always known to Jesse. The extent of Jesse’s anguish is virtually endless, including but not limited to sustaining a heroin addiction, watching the love of his life die (twice), participating in a train heist that led to the death of a child, and spending months imprisoned by Nazis, forced to put his gifts as a crystal meth cook to bad use — or worse use than usual, at least.

By the end of the series, Jesse knew all too well who to blame for the source of his agony: Heisenberg, the same man who “watched Jane die,” as he himself puts it near the end of season five. It’s that very same man who ultimately saved Jesse from Uncle Jack (Michael Bowen) and his white supremacist gang, murdering the whole lot and setting Jesse free. Given the chance to kill the person responsible for so much heartache, Jesse instead opts not to shoot Walter, the two of them parting ways for the last time with a light nod of the head. Walter would go on to die minutes later. Jesse would get behind the wheel of a car, burst through the gates of Uncle Jack’s compound, and drive off for parts unknown.

“From here on, it’s up to us to say where he’s headed,” Gilligan wrote in the script for “Felina,” the Breaking Bad finale. “I like to call it ‘something better’ and leave it at that.” 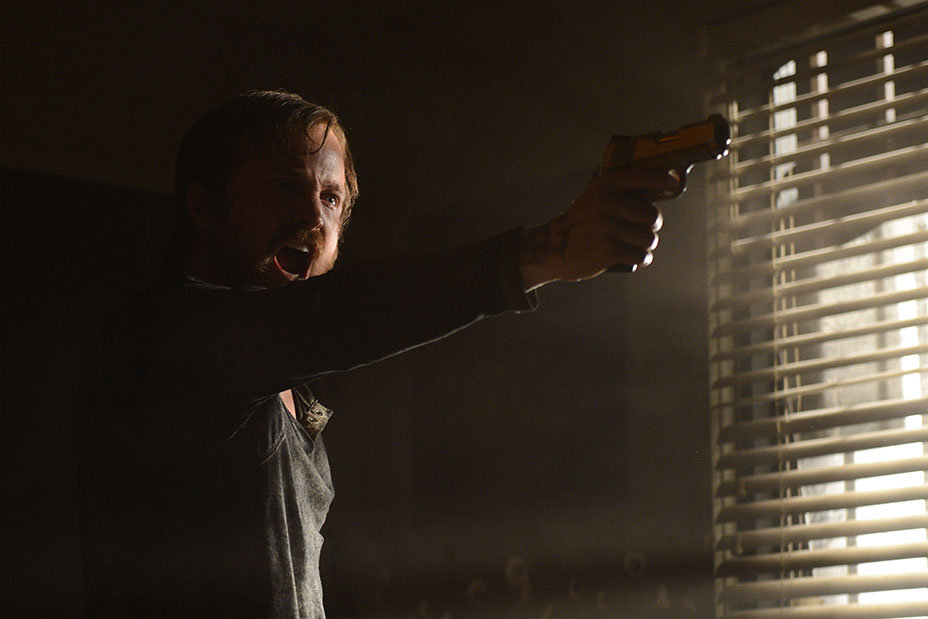 Perhaps the script is providing us with the name for the Pinkman sequel. Something Better certainly has a nice ring to it. But is Gilligan really about to move the ball forward in the Breaking Bad universe only to send Jesse off to Disneyland? Sadly, the odds are not in the poor man’s favor.

On its own, it’s easy enough to buy into a universe where Jesse rides away scot-free — if you’re an optimist, anyway. The pessimistic response to Jesse’s escape is that it ends immediately with his capture. In the finale, right after Jesse flees the scene of Walter White’s final crime, a huge mass of police officers arrive at the compound and discover Walt’s body. Jesse’s odds of evading a veritable army after spending nearly a full year in captivity are tragically low, and they only plummet further with the thought of an official Breaking Bad sequel.

'Breaking Bad' Movie From Creator Vince Gilligan in the Works

For all his “yo bitch” swagger, Jesse proved himself a quick study, smart enough to create crystal blue all on his own. Jesse’s work with Jack and the Nazis wasn’t the first time he cooked quality meth by himself, either. Much of season four centered on Gus Fring (Giancarlo Esposito) grooming Jesse as the sole cook of his operation, having deemed Walt too dangerous and unpredictable to live, let alone work with. In season four’s tenth episode, “Salud,” Gus takes Jesse south of the border to demonstrate his cookery to the cartel, only to use it as a ploy to fulfill a decades-long vengeance scheme against nemesis Don Eladio (Steven Bauer). Gus and Jesse eventually return to America, and in no time at all, everything blows up, quite literally and quite fatally for Mr. Fring.

Why bring up the “Salud” of it all? Because there’s an important detail casually buried in the field trip. Jesse’s cooking demonstration isn’t just for a live audience; the entire event is filmed, captured on camera. If dark forces in the world beyond the Breaking Bad series finale know Walter White is dead, and also know Jesse Pinkman’s whereabouts should he be apprehended by police, they will be very incentivized to find and capture the man for his cooking skills — leading him right into a buzzsaw as deadly or worse than the Uncle Jack situation.

So much for “something better.” 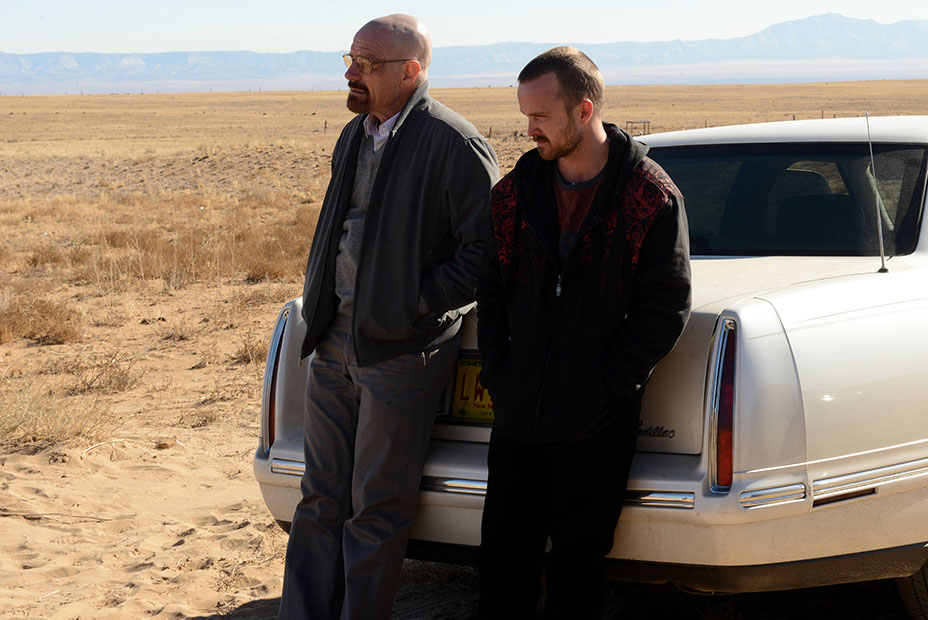 Beyond the literal obstacles on Pinkman’s path, there’s the big existential one to consider: all the damage done by the late, great Heisenberg. Even though Jesse and Walt parted ways with a mild show of respect, is it all water under the bridge for the surviving party? Probably not, and certainly not if their past together continues to have a deadly impact on Jesse’s future.

In this very bad scenario, you could hardly blame Jesse for feeling haunted by the ghost of Walter White. What if that feeling translates on-screen in the form of Cranston reprising the character still menacing Jesse, if only in his mind? It’s a way to both tap more deeply into Jesse’s traumatized psyche and also add new dimensions to Heisenberg, one of the most iconic television villains of all time.

Beyond the ghost of Walter White, several others from the Breaking Bad universe could emerge: Skylar (Anne Gunn), Marie (Betsy Brandt), Badger (Matt L. Jones), Skinny Pete (Charles Baker)…you name it. But the one person Jesse would most certainly want to see is the one person he should avoid the most: Brock (Ian Posada), the young son of Jesse’s murdered girlfriend Andrea (Emily Rios), who has suffered more than enough from Jesse’s bad decisions.

Of course, Walt and Brock aside, the biggest person of interest for a Pinkman reunion is obvious: 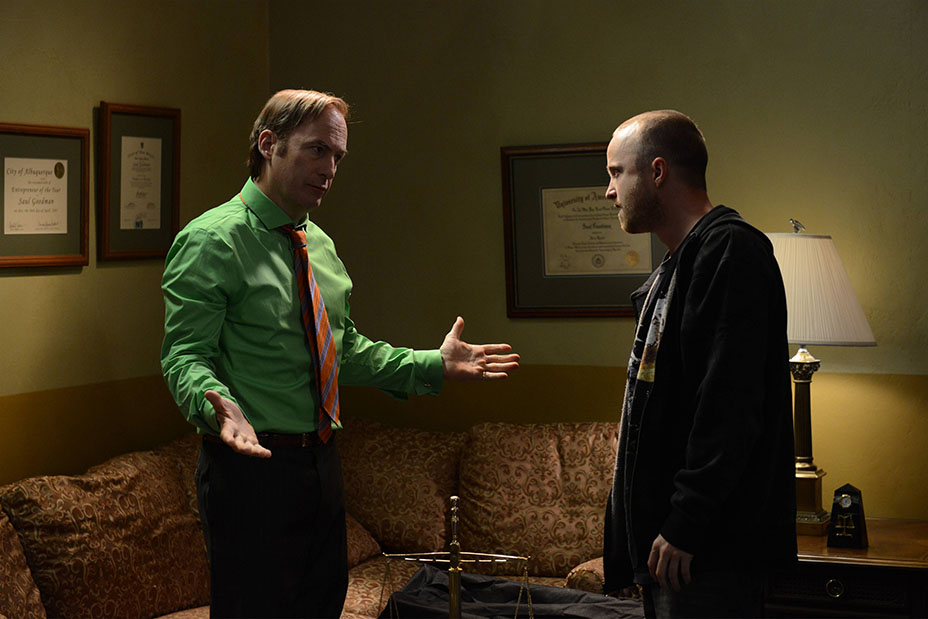 Bob Odenkirk as Saul Goodman. For years, Breaking Bad fans have waited with bated breath to see Walt and Jesse reappear on Better Call Saul, AMC’s prequel series slowly but surely building toward the breaking point for Odenkirk’s Jimmy McGill. And it may still happen as Saul starts catching up to the Breaking Bad timeline.

For those who have yet to tune into Gilligan and Saul Goodman creator Peter Gould’s Breaking Bad off-shoot, Better Call Saul starts each season with a story centered on Saul’s sad new life beyond the events of the first series. In this bleak future, Saul anxiously exists in Omaha as a Cinnabon manager named Gene. Four seasons into Saul, there’s still no payoff to the Gene storyline; it’s not impossible that the payoff will come in the form of Jesse Pinkman reuniting with the erstwhile Jimmy McGill, paving the way for the events of the upcoming movie sequel.

Whoever joins Pinkman, as the door opens for more stories set in the Breaking Bad universe after the events of the finale, it’s hard not to think about the darkest possibilities, especially as they pertain to Jesse. After all, Gilligan himself is on the record as having considered Jesse’s death a number of times over the years, with one particularly vivid version involving a Saw-inspired shotgun death trap. And that’s an idea Gilligan hatched all the way back in season one! Who knows what kind of chaotic chicanery he’s cooking up for Jesse now that the wheels are in motion for another journey? One can only hope it ends with exactly that: hope, whether it’s the life in Alaska Jesse once craved, a future building boxes, or something entirely different — something better.