CBS hopes to put its stand-alone subscription service All Access into warp drive with the Sept. 24 premiere of the high-stakes original drama Star Trek: Discovery, an attempt to boldly go where no broadcaster has gone before: building a streaming business that escapes the cable subscriber losses and ratings declines that have beset the television industry.

While most broadcaster forays into streaming, including apps from ABC and Fox, have been based on giving cable subscribers online access to programming, CBS has turned that strategy on its head. It’s using its broadcasting heft to market its stand-alone streaming service by giving Discovery a post-football premiere on CBS. After that, fans will have to pay at least $6 a month for All Access to watch the rest of the series.

It’s the second CBS All Access original drama to roll out this way: A spinoff of The Good Wife called The Good Fight drew 7.2 million viewers when it debuted on CBS on Feb. 19 before moving to OTT. This year, CBS Interactive president and COO Marc DeBevoise says the streamer will add two original dramas — Strange Angel from Mark Heyman and mystery-thriller $1 — and its first comedy, the Will Ferrell-produced No Activity.

“We’re looking to make the premium version of what you would expect of the CBS brand,” notes DeBevoise, explaining that it doesn’t necessarily mean nudity and swearing (though there can be some of that) but stories that are more serialized in structure. “The goal is to always have something new rolling out week to week, starting now.”

All Access is a relatively small player in OTT— it has about 2 million subscribers, compared with the 52 million U.S. Netflix members — but it has given CBS a foothold in one of the fastest-growing segments of the increasingly fragmented online video market. There will be more than 22 million cord-cutters by the end of the year, according to estimates from eMarketer, and that number will grow to 40 million by 2021. (And that doesn’t include the 32.5 million people that eMarketer labels cord-nevers, or people who have never subscribed to cable.)

“It’s not going to be sufficient to say, ‘I only do streaming,’ or ‘I only do broadcasting,’ ” says Michael Morris, a media and entertainment analyst at Guggenheim Securities. “You want to be a pay TV network and an ad-supported streaming business.”

CBS’ most important move might have been its 10-year-old decision to not join rivals ABC, Fox and NBC in their Hulu joint venture. “CBS made the conscious decision to control their content and to do so in a way that left them with a tremendous amount of optionality,” says Evan Shapiro, former head of NBC’s short-lived comedy OTT service Seeso, who calls the upcoming Star Trek rollout “just fucking genius.”

Hulu was one of the earlier efforts by the broadcast networks to prepare for a streaming future. Since then, other attempts to attract new, cord-free customers have included Seeso, NBCUniversal’s niche play that is being shut down less than two years after launch. And while there have been rumblings of an NBC direct-to-consumer app, the broadcaster has to date focused on developing digital content through BuzzFeed and Snap, both of which it has invested in. ABC owner Disney, meanwhile, is in the process of pulling back its programming from Netflix to prepare for the launch of a kid-friendly streaming service in 2019 that will feature Pixar, Marvel and Lucasfilm titles as well as thousands of TV episodes and original content.

CBS chief Leslie Moonves has set modest targets for All Access — the current goal is to reach 4 million subscribers by 2020, which would represent less than 4 percent of the entire television market and, at the current subscription rate, in the neighborhood of $300 million in revenue. “Our view on the future of these over-the-top services is brands are going to matter there,” says DeBevoise. By not going the Hulu route, CBS is creating a streaming brand that could prove valuable if (and some would say when) the proliferating stand-alone services rebundle together. “Our brand is now front and center with All Access. That’s the advantage we’ve struck by not being in Hulu.”

Building a service from scratch takes years of investment, and there still are questions about whether a show like Star Trek: Discovery, which is said to cost in the range of $6 million to $8 million an episode, is financially viable for a streaming service. CBS has sold Discovery‘s international rights to Bell in Canada and Netflix in all other markets, which should help pay for the show even if it’s not a breakout success.

Broadcaster reluctance to make major moves in streaming, says Pivotal analyst Brian Wieser, is partly because “streaming is probably going to mean a less profitable business” once you factor in costs of customer service and marketing. “It’s better to pursue it than not, but it’s going to be more costly,” he says. After all, it’s better to stake a claim to a slice of a shrinking pie than to be left with no pie at all. 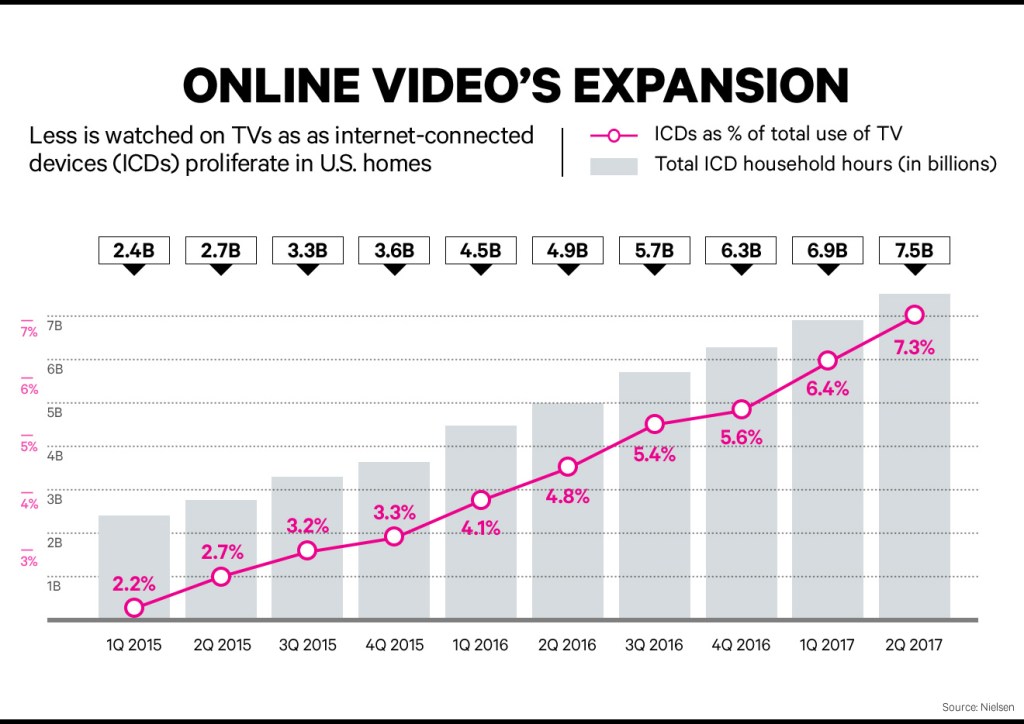