Continue to The Hollywood Reporter SKIP AD
You will be redirected back to your article in seconds
Skip to main content
March 13, 2018 6:15am
Logo text

When Bernard Telsey and Tiffany Little Canfield began casting NBC’s new high school musical theater drama Rise, they had three directives in mind when trying to find young talent: one, that the teenagers and young twentysomethings be able to carry the heft of Jason Katims‘ emotional drama about the drama club in an economically depressed former steel town; two, that they be able to sing their Broadway-loving hearts out in the show-within-the-show, Spring Awakening; and three, that they represent an American high school today.

Much to their surprise, it actually wasn’t a difficult task at all. Because the net they cast was so wide, between Telsey in New York and Canfield in Los Angeles, they were able to draw plenty of known and unknown talent to the series.

“Everybody was just on the same page of what we were looking for,” Canfield tells The Hollywood Reporter, including creator Katims. “We got to have an open search and we have a lot of tremendous kids in this school because we got to create an ensemble.”

Telsey credits Katims — who has compiled strong, sprawling ensemble casts before with Friday Night Lights and Parenthood — for knowing exactly what he was looking for.

“He knows how to zoom in on recognizing talent, even in a little audition process,” Telsey says. “He’s got a great eye for recognizing — and more importantly trusting — that if this kid can show you this in a 10- or 20- or 30-minute audition, that’s enough for me to run and collaborate with that actor as a writer/producer. Each one of these kids popped, but that he recognizes that and even draws it out of them is beautiful.”

Katims himself compared casting Rise to FNL: “It felt a little bit similar to Friday Night Lights, in that we were able to cast people who, a lot of them were largely unknown young actors. And it’s been a wonderful experience to watch them grow,” he tells THR. “I do feel there was a little pixie dust on this show, both in the casting process and everything about it. There was a little bit of magic.”

Below, Telsey and Canfield expand on how they put together the ensemble full of young, mostly unknown actors for the series, which bows Tuesday after This Is Us. 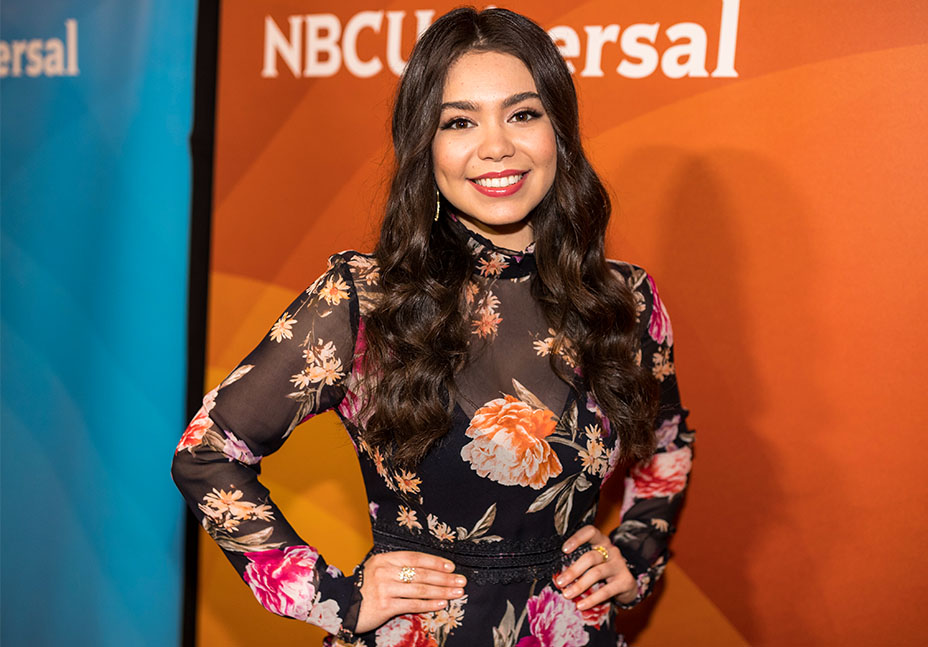 Canfield: “Auli’i was in Los Angeles rehearsing for the Oscars performance because she had played Moana and was going to sing the song at the [ceremony]. We had a general meeting with her set up just to meet her, because she had never really auditioned for anything. She had been found for Moana and was just getting started, so when we sat down with her this project came up. She told us she was leaving the next day, so we threw together an audition and she had basically one night to prepare for her very first on-camera audition. It was very informal, just with our staff in Los Angeles. She came in and we worked her. Her tape was so fantastic we sent it around immediately to everybody on the team, and everybody just flipped out and said, ‘That’s our girl.’ It was very exciting because it happened like a whirlwind.” 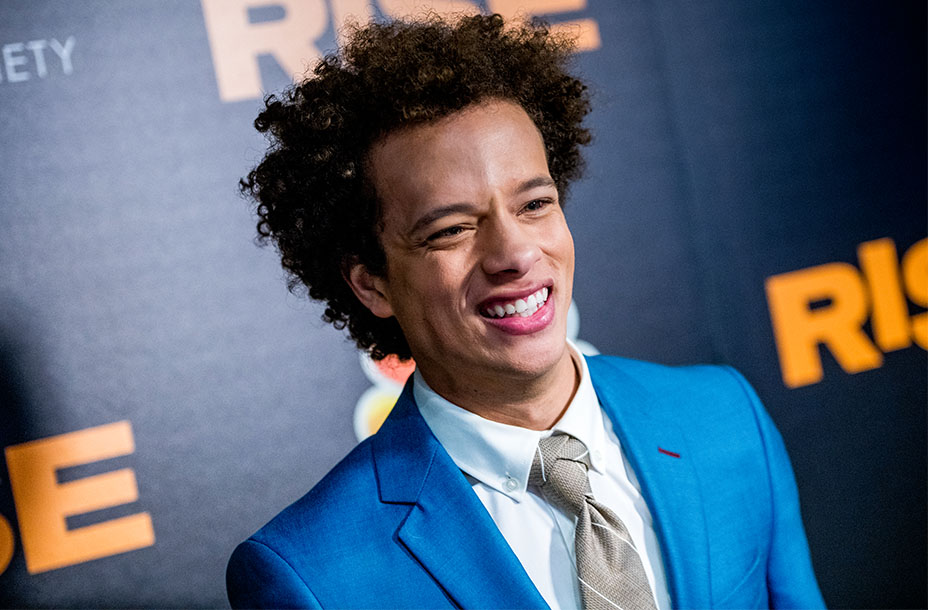 Role: Quarterback Robbie Thorne, a kind teen who takes care of his ill mother and finds himself cast as Moritz, the lead in Spring Awakening

Telsey: “We do so many of the Broadway musicals [in our New York office], so we know a lot of the young talent. He just has so much charisma, and he has the kind of charisma we felt that really works on television. We brought him in early on and he was somebody that Jason and the whole team loved right away, especially after we had already cast Auli’i. It was age appropriate, they both are so young and they just matched really, really well. We knew him from our Broadway shows. He’s also an incredible dancer, which hopefully will come out soon.” 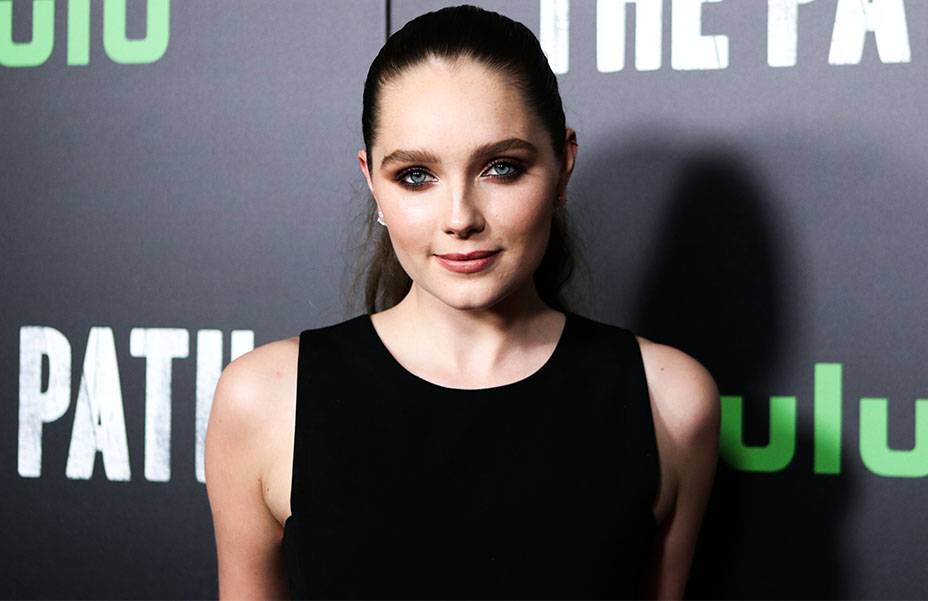 Canfield: “We didn’t really know her super well as a singer, especially with Broadway material, so we brought her in and she just blew us away in her audition in Los Angeles. She’s obviously an incredible actor with a wonderful résumé for an actor of her age, but to get to see her sing — it’s a tricky role because she’s a character who has a chip on her shoulder that could be viewed as entitled, but Amy was able to find a way in that was so vulnerable and truthful and then it was just extra special that she had the voice to go with it. That character really has a danger that if you weren’t strong as an actor she could be really kind of a brat, frankly, and Amy found that humanity in there. You realize when young people are entitled, a lot of it comes from insecurity and vulnerability and just trying to find their own way, and Amy really captured that.” 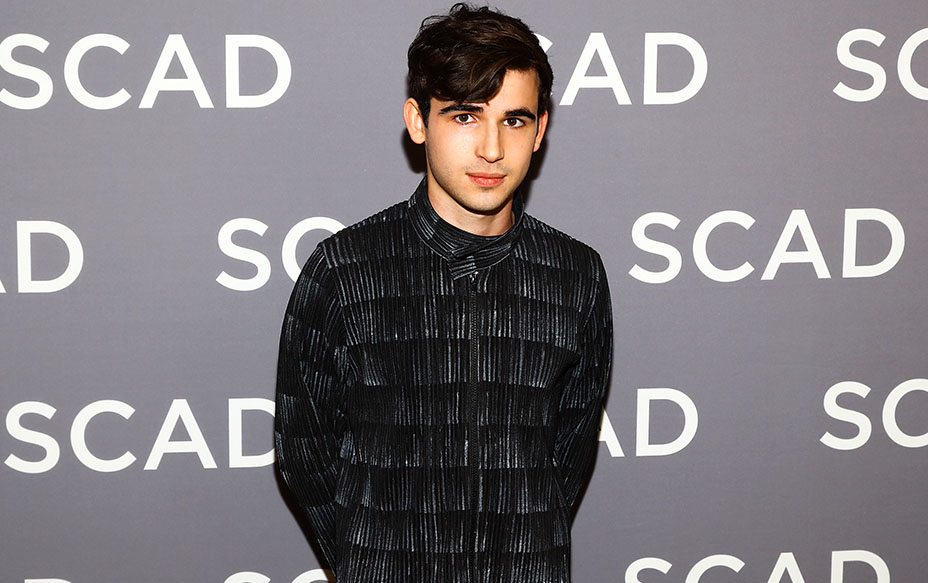 Role: Simon Saunders, a religious teen struggling with his sexuality when he’s cast as a gay character in Spring Awakening.

Telsey: “As a young actor he would come into our office [to audition for] commercials, so he would be one of those guys we just saw all the time. Then, as he started to get older into being a teenager, we started seeing him for some other television or plays or musicals, and he just popped. He was one of the early people we scheduled not knowing it was all going to come together like it did, but he’s just such an accessible actor. He really is accessible to his emotions, and that was even prior to finding out how much his character was going to have to access that.” 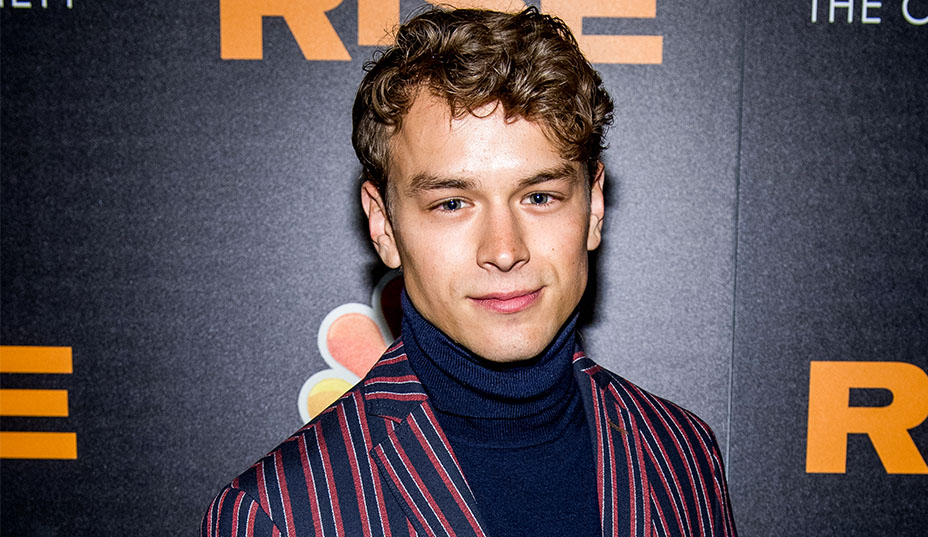 Prior Credits: Australian theater, including The Boy From Oz alongside Hugh Jackman, ABC’s The Family

Canfield: “He came in L.A. and just nailed that mystery of that character. That character has to be so appealing but also mysterious, which can be really tricky in finding in a young person, and he just came in and nailed it. He’s also Australian and doing an American accent. He’s really, really talented across the board.”

Telsey: “He had this sort of mystery; he draws you in even if it’s without words. He just has that quality [where] it seems like he has a lot of secrets; where he knows how to tap into that.” 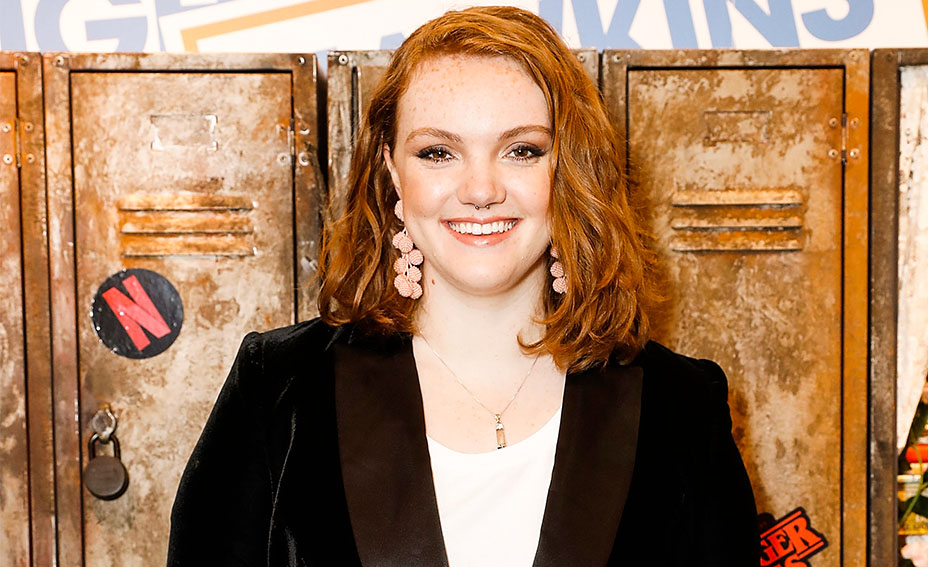 Canfield: “Shannon is a funny story because obviously she was Barb on Stranger Things and was fantastic in that role. She was in Los Angeles and we had a general with her, again, where we just basically meet the actor and talk to them. When we were talking to Shannon, she told us about how she loved musicals and she did musicals. She’s from Atlanta and auditioned for [Stranger Things] as a local hire for a day player role and it turned into Barb. When we found out she did musicals, of course we clocked that in our memory because we love to work on musicals. So when this show came up we brought her in, and what was really exciting there is that Jason was so enamored with her that he created a role. Her role was not initially in the search. It was actually created for Shannon because he felt so much that she fit our ensemble.”

Telsey: “That’s one of the special things about Jason. He’s writing this story about a high school and allowing it to also develop based on the people who have been cast. I think even within the episodes that were shot, storylines became bigger and shifted based on the people that he was working with. I mean, that was always one of his goals: ‘I want incredible kids that I can develop stories around,’ and Shannon was one of them.” 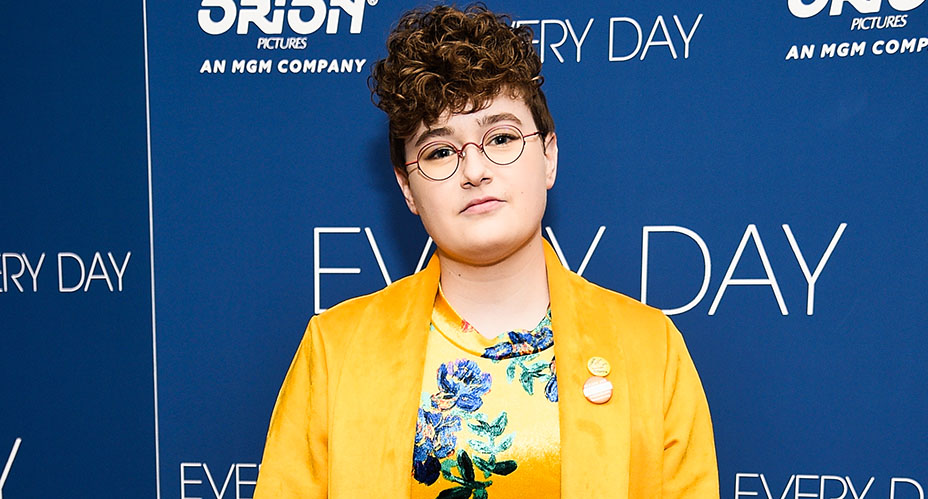 Telsey: “Besides our normal avenues of casting young actors, [this role] allowed us to really try to tap into that community. We cast an off-Broadway play that had multiple characters from the transgender community, so as an office we had a lot of access to research through clubs and organizations and outreach. We were able to see a variety of new actors that were not going to necessarily be people that we already knew. Ellie [who identifies as nonbinary] was submitted by one of those agencies and was pretty standout the minute we saw them. And again, they had to sing, which was a big requirement for [the character], and also have access to that vulnerability because it would be playing the character that was transitioning and that’s a lot of emotional stakes. The stakes that Jason has given all of these characters emotionally outside of the musical theater needs is incredible, and to have these young actors who can access that is pretty mind-blowing. Ellie was one of those who just stood out really early on.”

Canfield: “That’s why it’s really important to open it up to the community and look at organizations and not just rely on agent submission, because for anybody whose story is outside the box, often they aren’t in that mainstream find by an agent, submitted through a breakdown audition process. Whether it’s having a special skill or singing or a specific kind of dancing, you want to reach out to make sure that, say, the dance schools know that this opportunity is happening. Whatever you’re looking for, it’s always really good to reach out to actual real people and get the word out into the community so that they know to submit themselves.” 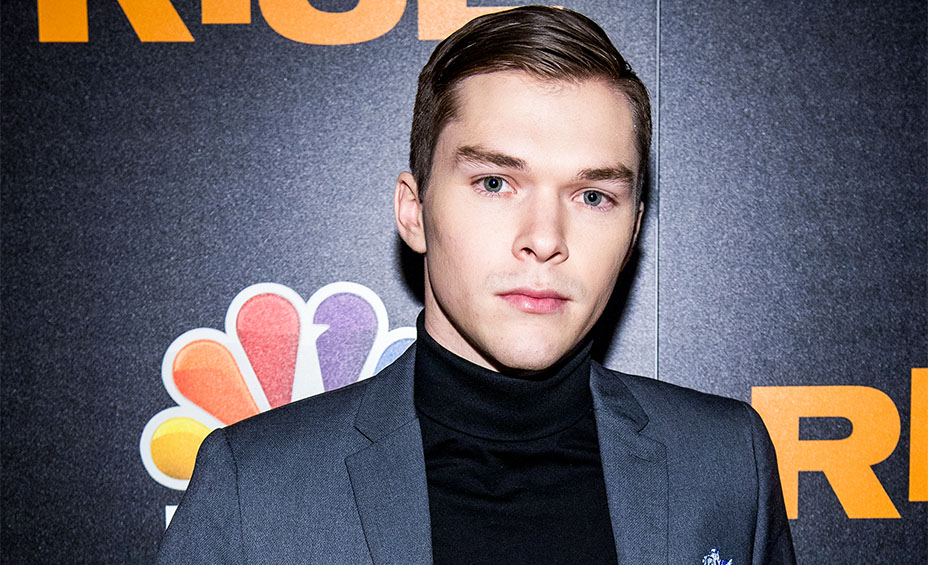 Canfield: “I wasn’t super familiar with him before, but he was a pitch from an agent and we were basically blown away by his audition. What was written in the scene we used for the audition was a lot of pain, dealing with those struggles with addiction. It was really trippy to see a young actor come in and have that depth.” 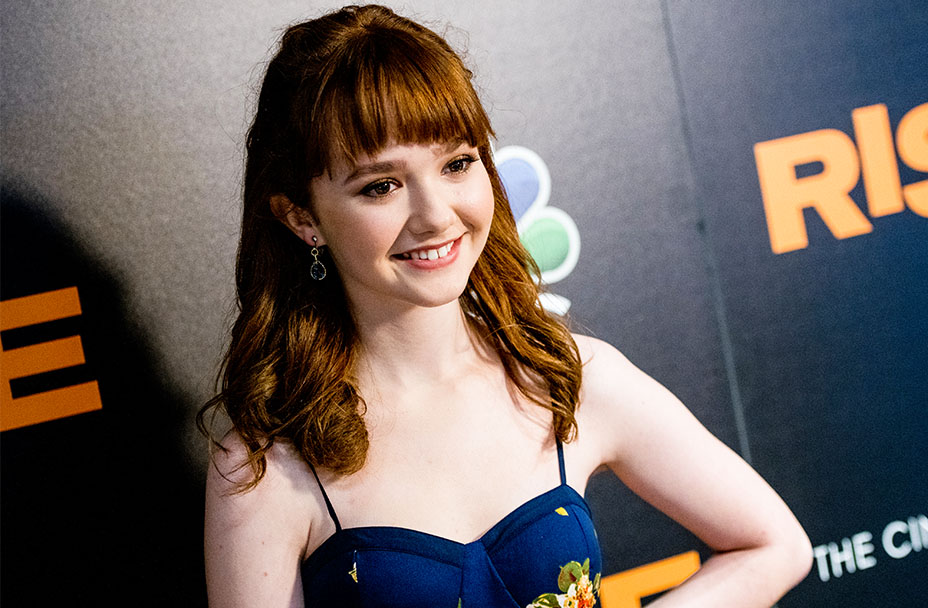 Telsey: “We go way back with Taylor to when she was, like, 8 years old. When we were casting the Broadway [revival of Annie in 2012] she came up to an open call that we had in New York where we saw 4,000 kids and she wound up getting cast as one of the Annies. Back then I loved her because she was so real and she didn’t even feel like a Broadway kid. She wasn’t selling the songs, she was just inviting you in. Then she stayed in New York and we cast her to play the lead in this off-Broadway play opposite Zachary Quinto. She was so emotional and so accessible and someone we kept tracking. Then when Jason said, ‘Okay, I need the younger sister who’s just about to be high school, but not quite,’ in that 8th grade transition is from middle school to high school. I think we saw her the first day I had Jason in New York where we brought in our two favorite girls and bingo, she got it. You don’t even see it yet, but she sings as good as all the other ones — which is amazing.”