“They say to write what you know, but this town is so… blah.”

So speaks Jackie Torrance, the aspiring writer played on Hulu’s Castle Rock by Jane Levy (2013’s Evil Dead). It’s a comment sure to get a rise out of the audience, clued into the fact that the seemingly sleepy town of Castle Rock, Maine, is anything but “blah,” thanks to its roots in the works of horror legend Stephen King.

In the scene, Jackie smokes pot while sitting alongside Bill Skarsgard’s mysterious character, known simply as “The Kid.” As she derides the town’s mundane nature, she casually rattles off stories that should sound familiar to King fans. “People bitch about the bad old days when there were serial killers and psychopathic dogs,” Jackie says to the Kid, played by the actor best known as the terrifying Pennywise the Clown in 2017 hit “It,” while casually referencing the iconic rabid dog at the heart of Cujo, moments before even more casually name-dropping Jack Torrance of The Shining. (By the way, did you know the Overlook Hotel’s overlord is not only Jackie’s uncle, but also the inspiration for her name? “My real name’s Diane!”)

'Castle Rock': Every Stephen King Easter Egg (So Far) From the Hulu Drama

“Like an all-you-can-eat buffet, we’ve tried to cater to all tastes in this show,” Castle Rock co-creator Sam Shaw tells The Hollywood Reporter about the drama’s relationship with the author’s universe. “Part of it is we were Stephen King nerds. We arrived at the material from a place of slightly OCD obsession with some of the works that had meant a lot to us as kids. We’ve tried to construct a story that will be engaging and surprising and a fun ride for viewers who may not even identify themselves as Stephen King fans.”

He continues, “I think, by the way, I think there are probably a lot of Stephen King fans who don’t even realize they’re Stephen King fans. They may not identify as fans of horror or genre storytelling but who love Stand by Me, or who love The Shawshank Redemption, and may not even realize that those are based on novellas from Stephen. So it was a little bit like a video game that has different difficulty levels, although we hope none of it’s difficult. We tried to construct a series that will be welcoming and accessible to a lay audience.”

In that vein, Shaw and his co-creator Dustin Thomason have built their vision of Castle Rock on the back of King’s catalog, with winks and nods to the iconic writer’s works littered throughout the season. For any viewer who isn’t already a King disciple, but wants to catch a few of the show’s cleverer connections to the Maine-based novelist’s universe, Shaw and Thomason have drawn up a list of four essential reads, designed to hook the audience deeper into the world of Castle Rock. 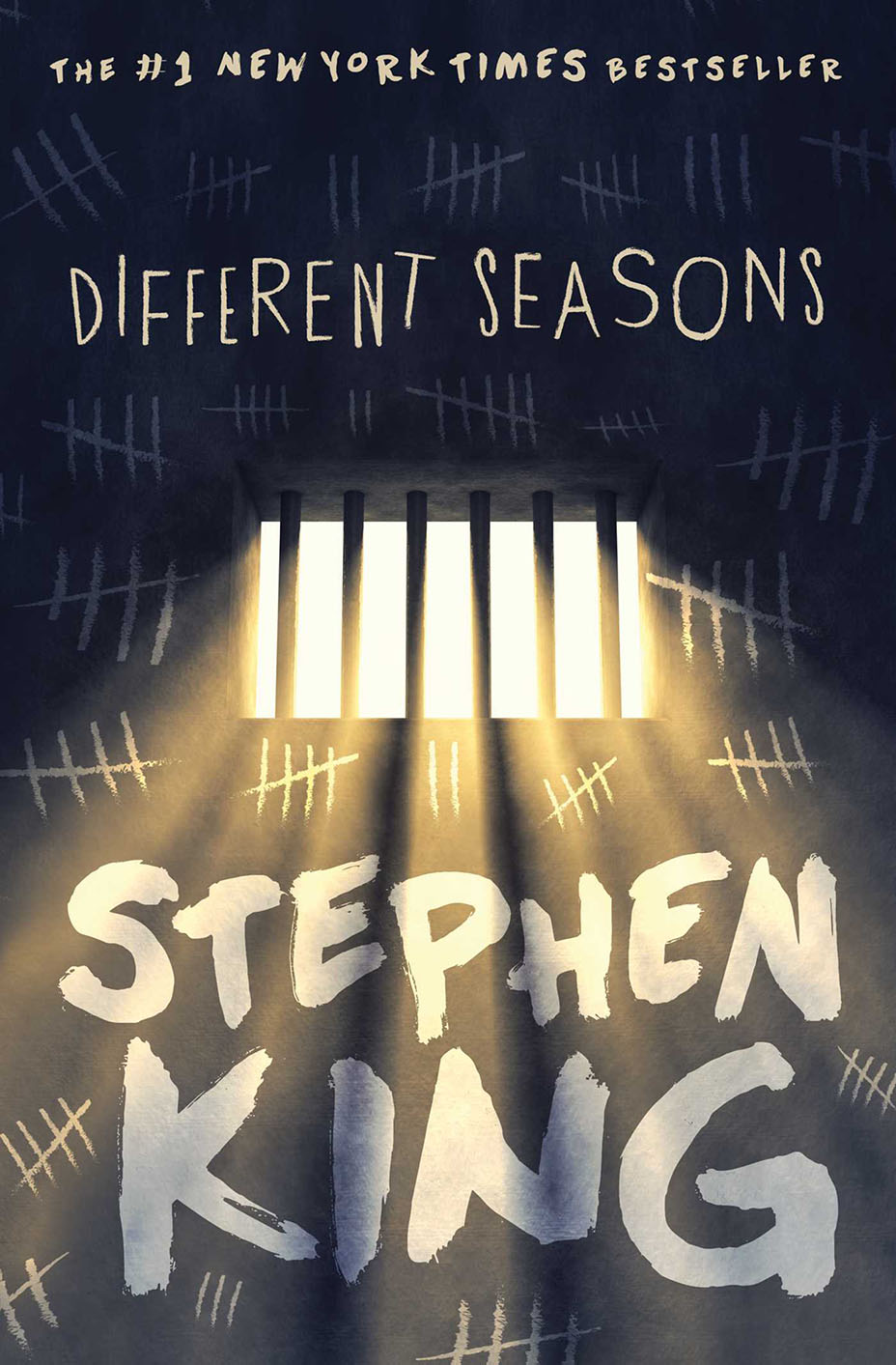 This 1982 collection of novellas contains four stories connected by — you guessed it — different seasons, including two stories that went on to become two of King’s most famous film adaptations: Stand by Me (based on the novella “The Body”) and The Shawshank Redemption (based on “Rita Hayworth and Shawshank Redemption”).

“Dusty knows that I’m indecisive and therefore a surf and turf guy, so my first answer is going to be ‘Different Seasons,’ because it’ll give you a four-pack,” says Shaw. “I think ‘Different Seasons’ speaks to the depth of Stephen King’s character writing and the breadth of his imagination. It also happens that there is more than one story in that collection that touches on Castle Rock. ‘The Body’ is set largely around in the outskirts of Castle Rock and Red, the character played by Morgan Freeman in Shawshank Redemption, is in prison having committed his crime in the town of Castle Rock — and obviously, Shawshank also figures prominently in the season.” 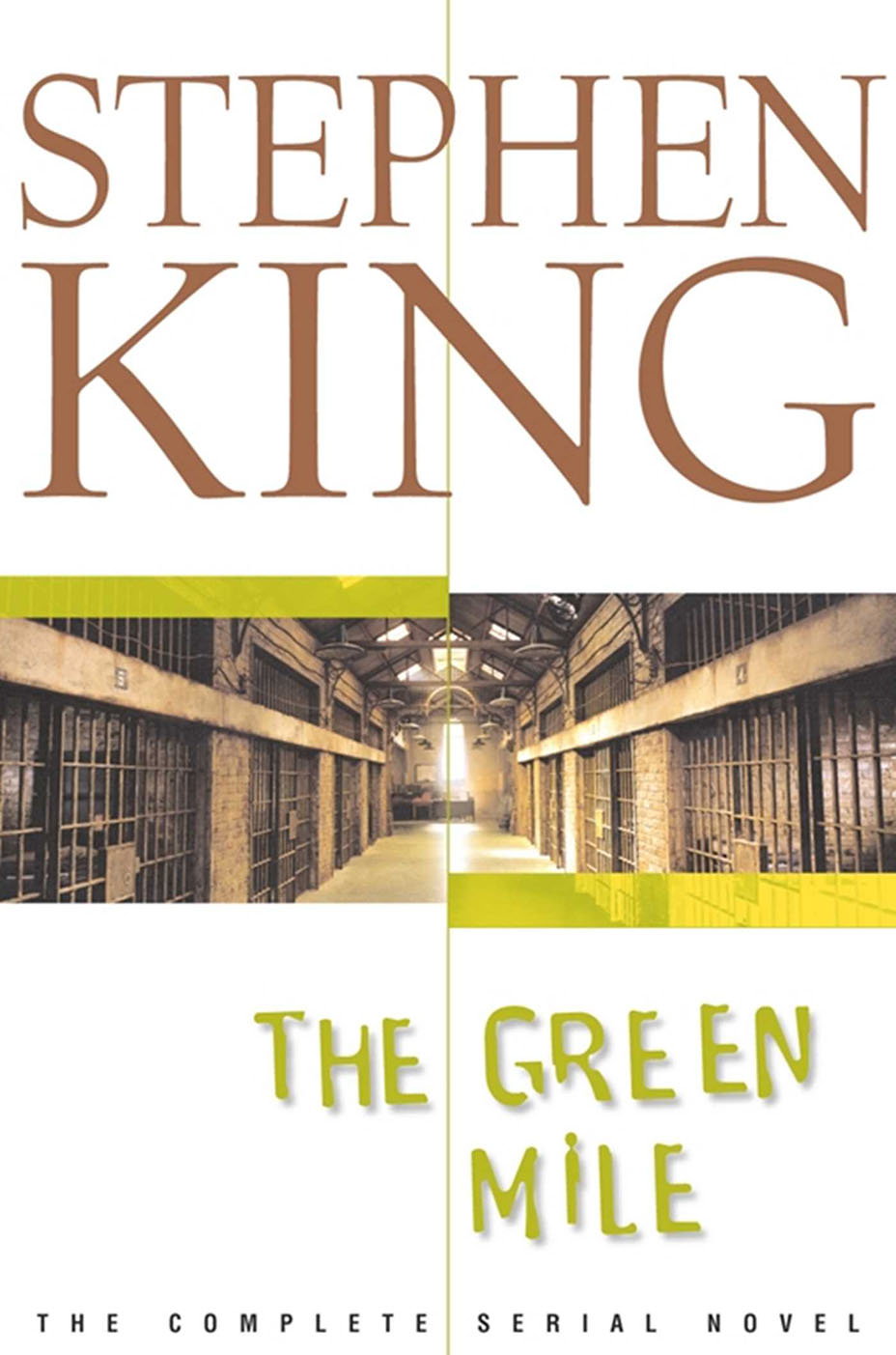 Adapted for film by Frank Darabont (who also helmed Shawshank) with a cast featuring Tom Hanks and the late Michael Clarke Duncan, King’s emotional tale of magical realism was initially released in episodic fashion, publishing monthly from March through August 1996.

“It’s the other iconic prison and death row book [aside from ‘Shawshank’],” says Shaw, “and in some ways there are some aspects of the storytelling in this season that engage with and play with ‘The Green Mile.’ In some ways, it’s a photo negative of that story, in the sense that that’s a story about a prisoner who seems to be almost God-like or Christ-like in his benevolence, and there’s a prisoner at the center of this story who may be something considerably more ominous.” 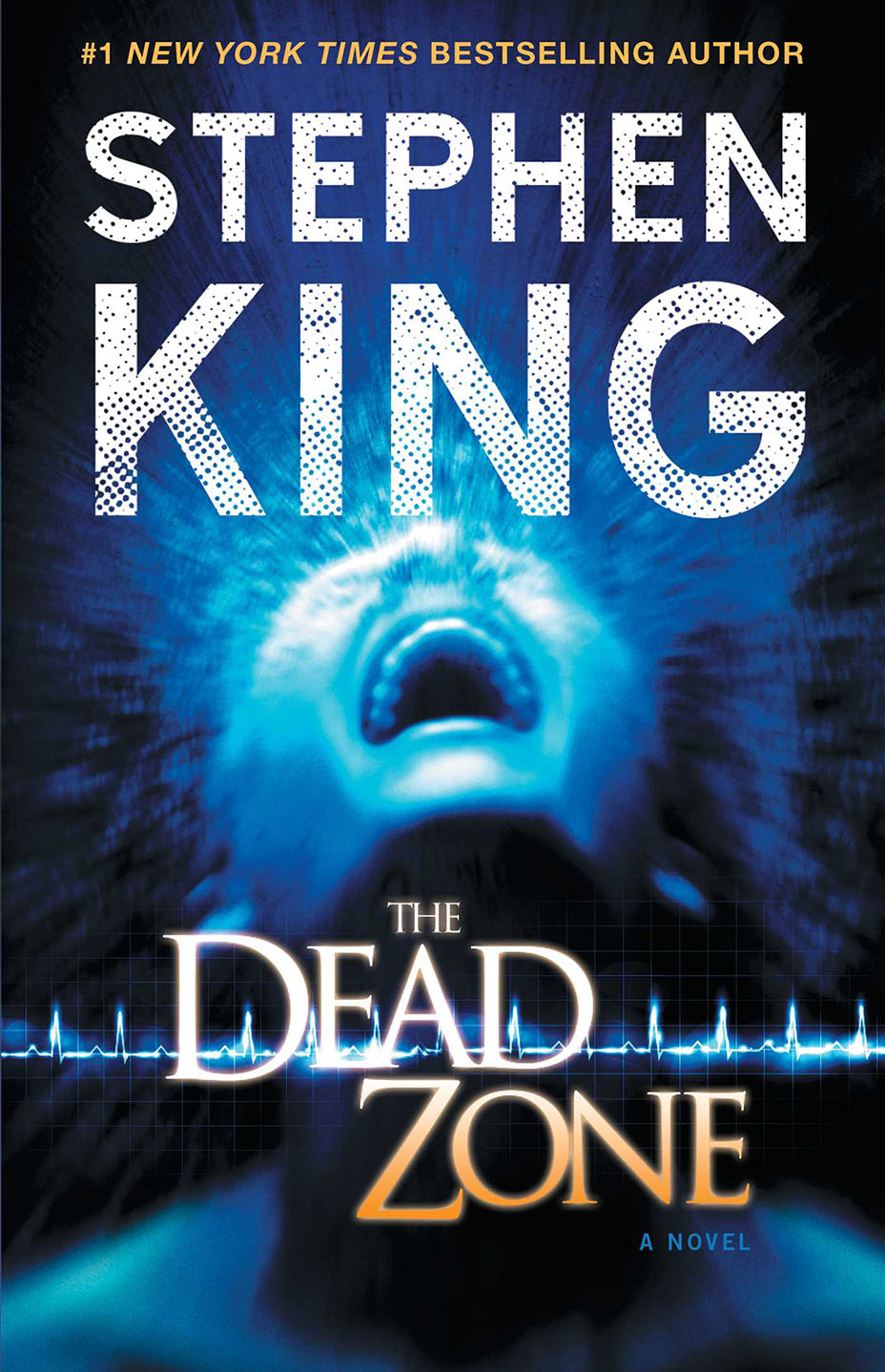 King’s 1979 thriller follows a clairvoyant protagonist, newly gifted after waking up from a five-year coma. It was adapted for film in 1983 by David Cronenberg, with Christopher Walken in the starring role, and later turned into a TV series headlined by Anthony Michael Hall, running six seasons on USA Network.

“Although the story in this season is not in any way taken from ‘The Dead Zone’ directly, what it does is it’s the first true Castle Rock story,” says Thomason. “I think that there’s something really interesting about seeing the way in which King first touched on this place and the way in which he set it up. The other thing that’s fascinating about ‘The Dead Zone’ … is that it really takes some very unexpected directions when it comes to the storytelling. It almost has an Alfred Hitchcock’s Psycho kind of approach to the storytelling, in terms of the way that it follows different characters and follows different storylines, but ultimately adds up to something really fascinating and surprising.” 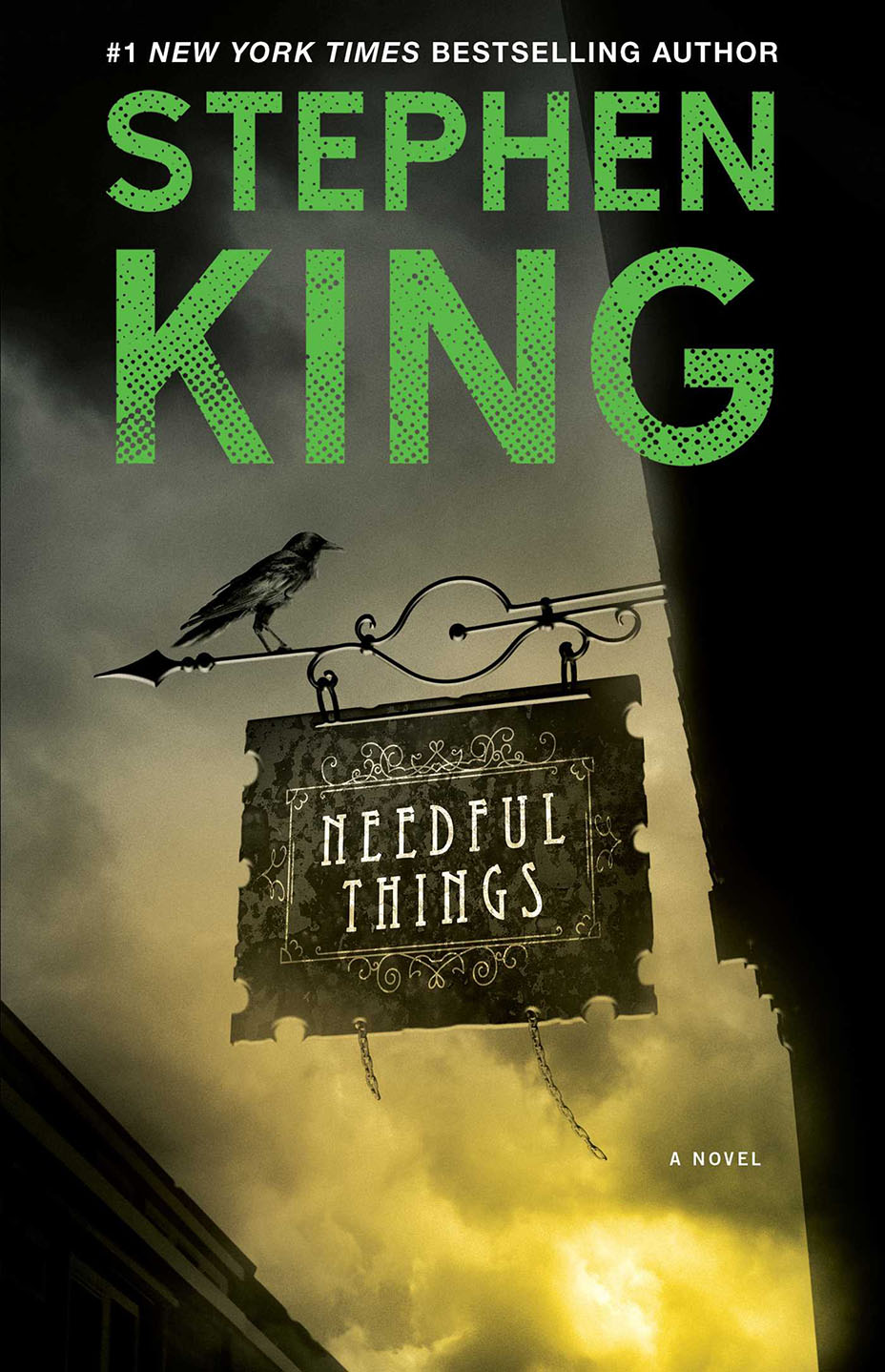 At the time of its publication, King billed this novel as “the last Castle Rock story.” Clearly, we know how that turned out. Featuring a key character that appears throughout Hulu’s Castle Rock, Thomason cites the supposed “last Castle Rock story,” which tells the tale of a nefarious shopkeeper, as his final must-read entry.

Says Thomason: “The character of Alan Pangborn [played on Castle Rock by Scott Glenn] and the context that you get for him and for the town of Castle Rock and the people who live in that town and the very strange happenings when that antique store opens are all things that would provide great context for our show.”

List the Stephen King stories you would recommend for anyone interested in Hulu’s Castle Rock in the comments below, and keep checking THR.com/CastleRock all season long for more coverage.