Celebrity Big Brother is ready to open its doors.

On Wednesday night, Julie Chen returns to the Big Brother stage as host, but this time around, she’s dealing with a different type of houseguests: already famous ones.

For Omarosa’s part, her casting trumped the media attention garnered by her roommates, but as the drama unfolds throughout the season, two other names might ultimately steal the spotlight: President Donald Trump and Bill Cosby.

Omarosa segues into the Big Brother house after a reportedly dramatic exit from the White House, where she served as director of communications for the Office of Public Liaison. And she’s joined by Pulliam, who starred as Rudy Huxtable on The Cosby Show but who returned to the headlines when she supported her onscreen dad, the disgraced Cosby, in court during his trial for allegedly drugging and sexually assaulting Andrea Constand. (Nearly 60 women have come forward with claims against Cosby.)

How does a reality TV competition series address such hot-button issues?

Chen tells The Hollywood Reporter of addressing Trump and Cosby on the show, “If it becomes something that causes crazy live feeds and it becomes a story within the house, then we will address it.”

Below, Chen talks with THR further about both castings (and her prediction that they will both go far in the game), if she thinks this special edition will continue for years to come and who almost made the cast.

I remember [exec producer] Allison Grodner telling me and I said, “Oh my God. That would be amazing!” Especially after she left the White House under the conditions that she left the White House in. Leslie [Moonves, Chen’s husband and chairman and CEO of CBS Corp.] loved it. He said with the addition of Omarosa it brought us to another level. Which is the headline that we wanted. I don’t think we would have gotten the media attention that we got if we didn’t have Omarosa.

Did you expect Omarosa’s casting to cause such a stir? How well do you think she’ll do in the house?

There have been false reports about Omarosa’s salary and that she will be getting her own show on CBS. Can you put these rumors to rest?

It could be from her own camp floating it out there to create interest from the other networks to say, “We want her.” It’s to create buzz about yourself.

Is there anything in place for her not to speak out about Trump?

Not according to us. My theory is that she doesn’t want to say too much because she wants people to buy her supposed book that she’s working on. I’m like, “Don’t you want to tease something to the viewers?” I’m hoping she does. And if she does and continues to, you’re going to force every single news outlet in the country and maybe beyond to be monitoring the live feeds 24/7. If she says one thing at 2 a.m. that’s a bombshell no one wants to get out-scooped on. If I worked at MSNBC, CNN or CBS News I would assign people just to trail her actions in the house and watch her. I would form an “Omarosa Watch” if I were running a news division.

Do you foresee political arguments taking place in the house?

She might be too smart to say anything. She’s here to win and make a name for herself. Right now, she knows how to turn on the charm. When she wants to be charming she can charm, charm, charm you. Because she’s coming in with a reputation people expect her to be the villain, but she’s killing them with kindness so far. Everyone I heard talk about her is saying, “I was disappointed to see her, but guess what? She’s the nicest person to me in the house!”

Trump will obviously be a hot topic this season, but also with the casting of Keshia Knight Pulliam, so might Bill Cosby. How much influence did the connection to those two figures come into play when you cast them?

Keshia walking into court with him suddenly made her that much more interesting. We haven’t heard from her before that. No one cared about her before. Her walking into the court room with Bill Cosby made her relevant again. I haven’t seen her in the public eye in years. 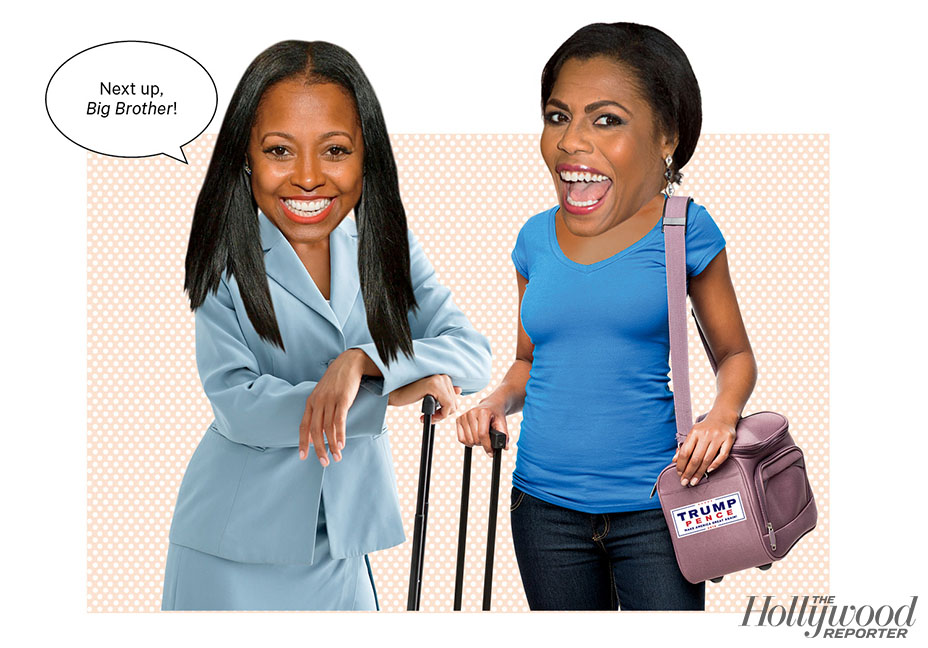 These are heavy topics for a reality-competition show to tackle. As a host, will you bring them up on the broadcast?

You only address it if the cast is talking about it. We will never bring it up. That’s not our role. If it becomes something that causes crazy live feeds and it becomes a story within the house, then we will address it.

How was move-in day for Omarosa?

Oh my gosh — she looked like she was ready to go to the Met Gala. She had on a gown that was to die for and she looked gorgeous. She brought the drama and made quite the entrance. It looked like a Victoria’s Secret fashion show. She walked in like she was walking the catwalk.

What was the cast’s reaction when they first saw her?

You could see everyone doing a phony smile. 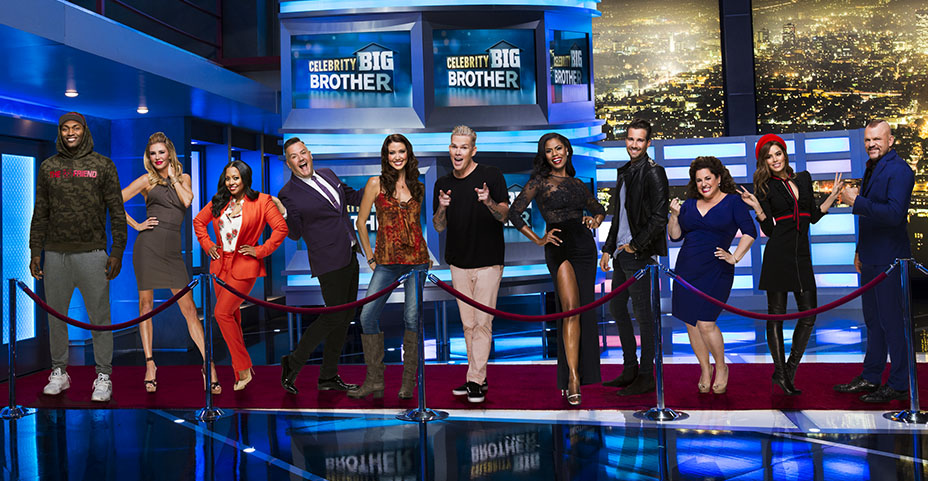 Is there anyone that was almost cast on the show, but it didn’t work out?

Timing didn’t work out for Boy George. I really wanted him and was proud of that pick.

Who else in the cast do you predict going far?

Shannon Elizabeth. She thinks like how our producers think because she’s a media person. She’s not a typical houseguest; she knows Hollywood and how to put on a show and drama that gives us entertainment. She loves the show, she’s physically fit and is a poker player. She also knows that loose lips sink ships, especially in the Big Brother house.

Who do you predict having the most trouble?

Metta World Peace. I don’t think he knows what’s happening. (Laughs.) We volunteered to give him DVDs of the show and he’s like, “Nah, I’m good.” He had a conversation with Omarosa and said, “What were you doing in Washington this year?” And she said, “Making a difference!” He was like, “Cool!” He didn’t know what she was talking about.

Keshia admitted that if it gets to be too much she’ll quit. Do you see her or anyone else quitting?

That’s our worst fear, and we built in a safety system in case that happens, so that we have enough houseguests to last till the finale date. My guess is going to be no though, because it’s not three months — it’s three weeks. Suck it up. They’re going to know that they’re going to look really bad if they quit.

What is going to bother the cast the most? Is it the seclusion, the cameras or the other castmembers?

Each other. Everyone wants to be the star and you can only have one star. Ego is always the hardest thing in this game.

Will Celebrity Big Brother happen every year or is this a once-in-a-while live event?

I had my reservations, but if it goes the way I think it’s going to go, I don’t think it will be the last one. But it all depends on ratings. If it does well against the Olympics, I see it only happening against the Olympics. It’s like a game of Tetris because you need x amount of nights on the air and CBS really doesn’t have that real estate. Too many shows are working! (Laughs.) The Olympics is something that’s hard to compete against, but this is an alternate choice. 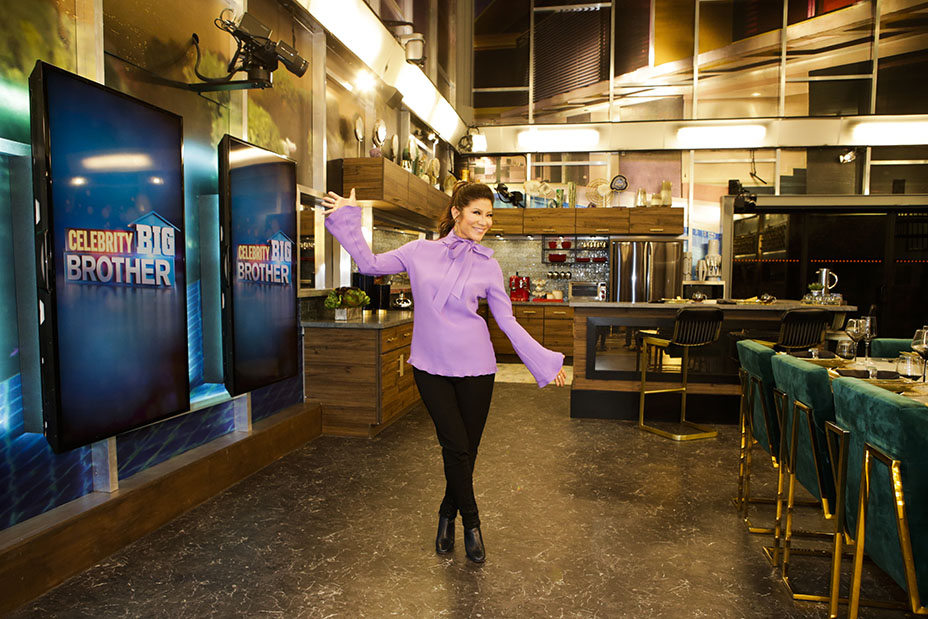 What do you hope to see on premiere night? Do you think anyone in the game will quit? Chat about it in the comments section below and stay tuned to The Live Feed for all things Celebrity Big Brother.