Skip to main content
April 26, 2019 8:15am
Logo text
In Netflix’s horror drama Chambers, a young woman’s near-death experience turns into an apparent golden ticket to a better life. When Sasha (Sivan Alyra Rose) suffers a heart attack, she is saved thanks to a transplant from a recently deceased girl her age, Becky, and then drawn into a strange relationship with the wealthy, grieving family.
Sasha, an orphan from a working-class background whose guardian is struggling to make ends meet, is naturally intrigued when Becky’s parents (Uma Thurman and Tony Goldwyn) insist on getting to know her and bestow upon her everything from Becky’s car to Becky’s scholarship at an elite private school. But as things take a turn and Sasha starts to exhibit aspects of Becky’s personality, the show becomes as much about class and privilege as it is about possession.
“It’s very much about the different sides of the tracks, and somebody getting a fast ticket to the other side,” creator Leah Rachel told The Hollywood Reporter at the show’s New York premiere, acknowledging that class was very much on her mind as she developed the show. “Most horror films start out with a shot of the suburbs, because that’s safety, but our show starts off in Cottonwood, which is not the suburbs. We wanted to show safety in this lower-income neighborhood where she’s from, and a lack of safety as she starts to [leave it behind].”
It was the show’s nuanced depiction of that neighborhood that appealed to Kyanna Simone Simpson, who plays Sasha’s best friend, Yvonne. “I thought it was so beautiful that even though Yvonne is growing up in a town where maybe the education isn’t always that great, she still has managed to become as smart as she is,” Simpson said. “She’s a math geek and a computer science geek, and the show really shows that there’s always talent everywhere. The question is where the opportunities are.” 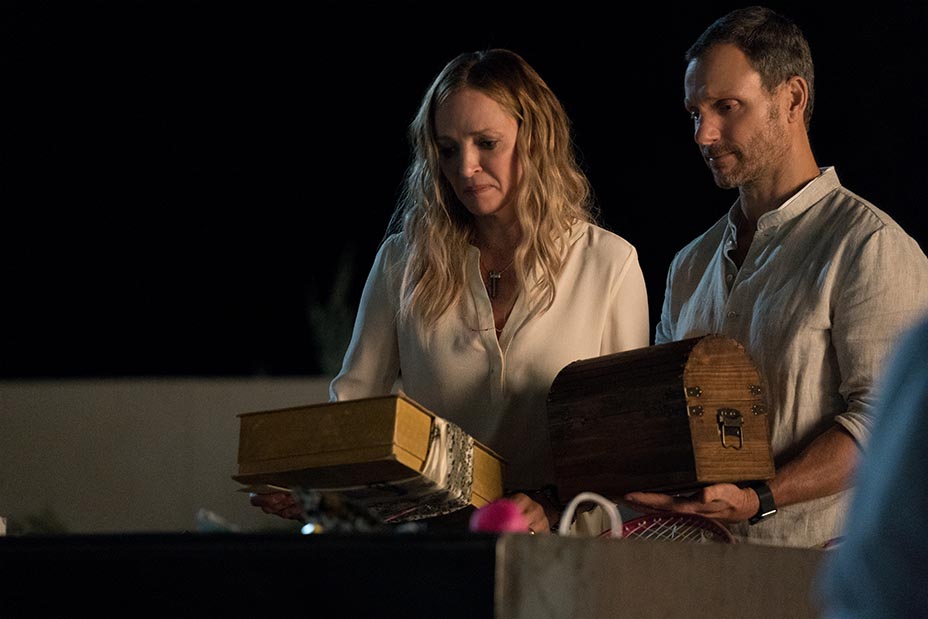 While Chambers has no shortage of jump-scares and visceral moments of horror, many of its most uncomfortable beats involve grief and the way it can fray a person’s sanity.
“As a father, it gave me pause,” said Goldwyn. “Just knowing that I had to go through the grief that [my character] Ben does, and then getting into his need to bond with this child that’s replaced her, in a sense. It was an interesting dynamic, and one that I was actually really nervous to delve into.”
Goldwyn, who signed on to Chambers after seven seasons on Scandal, said the edge of social commentary made the script stand out.
“It’s a show that I think is super entertaining on a popcorn level, it just checks a lot of different boxes in terms of genre, but for me the most resonant thing was a young woman torn between two worlds, trying to figure out where she belongs,” he said. “One is supposed to want all the advantage of life, but Sasha’s attached to her community and her home and is freaked out when Uma and I want to have a relationship with her, and rightly so!”

One of the many questions posed early in the 10-episode season is whether Ben is simply a grieving father, or whether — as seems more likely — he and Thurman’s Nancy are manipulating Sasha in pursuit of a more sinister goal.
“There’s a lot going on with the show in terms of social themes and class and race, but it’s really a have and have-nots story,” Rachel said. “How people interpret that depends on where they come from. But it’s ultimately about somebody trying to remain who they are in a world that’s telling them they should want to be something else.”
Chambers debuted April 26 on Netflix.