Charisma Carpenter on Wednesday posted a lengthy message on social media in which she accused Joss Whedon of “hostile and toxic” behavior on the sets of Buffy the Vampire Slayer and its spinoff, Angel.

“For nearly two decades, I have held my tongue and even made excuses for certain events that traumatize me to this day,” she began.

“Joss Whedon abused his power on numerous occasions while working together on the sets of Buffy the Vampire Slayer and Angel,” she wrote of the show creator. “The disturbing incidents triggered a chronic physical condition from which I still suffer. It is with a beating, heavy heart that I say I coped in isolation and, at times, destructively.”

Whedon did not immediately respond to a request for comment.

Carpenter claimed Whedon found his alleged misconduct “amusing,” claiming he was particularly cruel to her while she was pregnant, even calling her “fat” in front of cast and crew.

“He was mean and biting, disparaging about others openly, and often played favorites,” she wrote. When Whedon found out she was pregnant, she says, he asked the actress if she was “going to keep it” and “manipulatively weaponized my womanhood and faith against me,” Carpenter alleged.

Speaking about her pregnancy and stress, Carpenter wrote that all her joy was “sucked right out,” adding, “I made excuses for his behavior and repressed my own pain.”

The actress was an original series regular on The WB Network/UPN’s Buffy the Vampire Slayer, playing snobby high school student Cordelia Chase. She starred for the first three seasons on the Sarah Michelle Gellar cult favorite before her character was moved over to co-star opposite David Boreanaz in Buffy spinoff Angel. She was the female lead on Angel for four of its five seasons, returning as a guest star in its 100th episode in its final season.

Gellar, who starred as the vampire slayer on Buffy for seven seasons, weighed in shortly after to stay she stands with all survivors of abuse. She posted the following statement on social media: “While I am proud to have my name associated with Buffy Summers, I don’t want to be forever associated with the name Joss Whedon. I am more focused on raising my family and surviving a pandemic currently, so I will not be making any further statements at this time. but I stand with all survivors of abuse and am proud of them for speaking out.”

Michelle Trachtenberg, who played Buffy’s younger sister, Dawn Summers, from 2000-03, responded to Gellar’s post with her own accusation against Whedon, writing, “Thank you @sarahmgellar for saying this. I am brave enough now as a 35 year old woman….To repost this. Because. This must. Be known. As a teenager. With his not appropriate behavior….very. Not. Appropriate.” 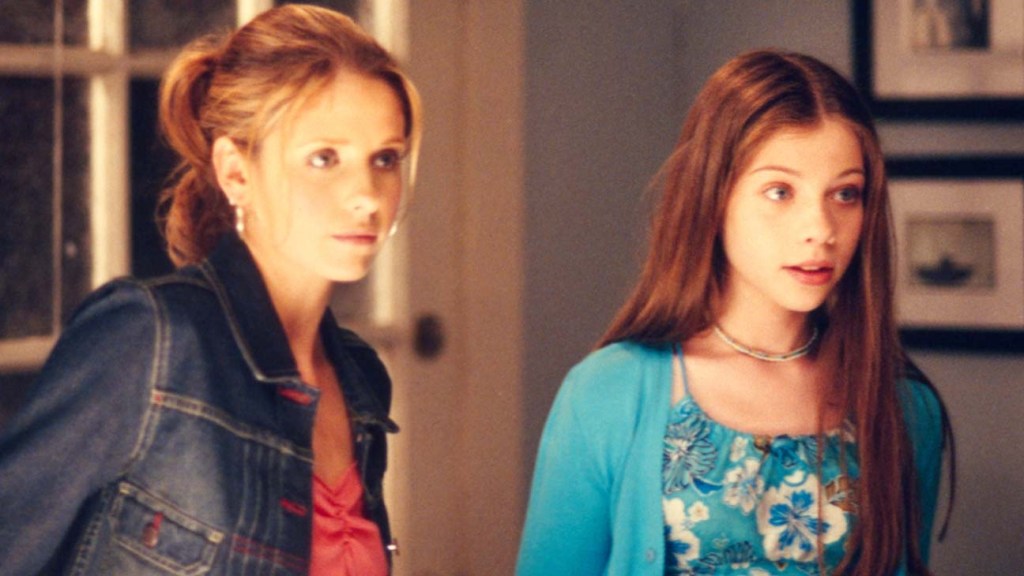 Amber Benson, who played fan-favorite Tara Maclay on Buffy, tweeted her support of Carpenter on Wednesday. “Buffy was a toxic environment and it starts at the top,” she wrote. “There was a lot of damage done during that time and many of us are still processing it 20-plus years later.”

While the two never overlapped during their time on Buffy, they have remained friendly via the fan convention circuit over the years. (Benson and Carpenter are doing a fan event at the end of the month together.) Benson recurred in seasons four and five of Buffy, and was promoted to series regular in season six before her character was killed off.

Eliza Dushku, who played Faith on Buffy and its Angel spinoff, shared a statement on Instagram in which she expressed how her “heart aches” for Carpenter. “I’m so sorry you have held this for so long. Your post was powerful, painful, and painted a picture we’ll collectively never un-see or un-know. Thank you. I hadn’t known it and I won’t forget it,” she wrote.

Carpenter’s claims come seven months after Ray Fisher accused Whedon of abusive behavior on the set of the Justice League reshoots, which the filmmaker oversaw following the exit of original director Zack Snyder.

Fisher’s complaints saw WarnerMedia launch an investigation into the Justice League reshoots, and Carpenter said she was part of the investigation.

As the investigation carried on, Whedon announced Nov. 24 that he was stepping down from The Nevers, a series he was working on with WarnerMedia’s HBO, saying in a statement, “I am genuinely exhausted, and am stepping back to martial my energy towards my own life, which is also at the brink of exciting change.”

Fisher on Wednesday thanked Carpenter for speaking out, writing on Twitter, “Charisma Carpenter is one of the bravest people I know. I am forever grateful for her courage and for her lending her voice to the Justice League investigation. Read her truth. Share her truth. Protect her at all costs. ‘It is time.’”

Feb. 10, 1:17 a.m.: Updated to include statement for Michelle Trachtenberg.