Chloë Sevigny is making the rounds for two very different projects. The actress recently reprised her turn on Russian Doll (with an interesting twist) during its second season, to largely comedic results. That happened to drop in the midst of her run on miniseries The Girl From Plainville, in which she plays Lynn Roy — the Massachusetts woman whose son, Conrad Roy, took his own life in the infamous “texting suicide case.”

Tonally, the two series couldn’t be more different. But Sevigny, who was first introduced to audiences almost 30 years ago in Larry Clark and Harmony Korine’s Kids, knows how to handle heavy material. During a recent phone call with The Hollywood Reporter, she spoke about what prompted the recent string of TV gigs, her forays into directing and the pandemic-era love she got from people who finally watched Big Love.

These are two wildly different roles to talk about, though they are both mothers.

Try promoting the show! It’s a tricky tightrope walk to go on Seth Meyers and smile and say, “Watch The Girl From Plainville!” But it’s also not my first time trying to navigate promoting this kind of material. For me, when I signed up, I said, “How does Lynn Roy feel about this project?” I know that she puts herself out there. She’s very vocal. She’s trying to get Conrad’s Law passed, and our show had her blessing. Even in the documentary on HBO, I Love You, Now Die, she says, like, “It’s so important for me to know that he was … for people to know that he was this real person and multifaceted and everything else about him.” I felt like our show did some service as far as honoring his legacy.

Has that been the feedback you’ve gotten?

I was working on a Calvin Klein shoot yesterday in Harlem, and this boy came up to me. He says, “You play Conrad’s mom in that show, right?” Yes, thank you for belittling my whole career. (Laughs.) No. I said, “Yes, I do.” He knew him. He grew up in the town over and was his age and they used to play sports together. And he says, “That kid” — meaning Colton [Ryan], who plays him — “I’m amazed at how he captured him.” That felt good to hear. Also, just how random and surprising to run into someone like that?

What was the draw for you?

Lynn has this presence, understanding and spirituality that I was very surprised by when I was listening to her interviews. I really wanted to capture some of that. I thought her essence was really captivating, and I was so moved by her. My father died when I was young, and I still struggle with his passing. I’m still trying to navigate that. This show kind of lets people feel less alone through loss and maybe offers some tools. I also think all the Elle Fanning fans who tune in will be like, “Wow, maybe if I see my friend behaving this way I should recognize it and reach out to parental figures. Maybe I should take more responsibility for the way that I respond to people via text message.” I just thought there was so much in there to explore, and hopefully, people learn from it or find solace.

I didn’t think about that, but by casting someone with a following like Elle’s, you do guarantee reaching a younger audience than you might have otherwise.

Exactly. She navigates her career so well. I’m not crazy about the term “wise beyond her years,” but she is. And you can sense that in her choices. She’s producing this project, and I just have so much respect and admiration for her.

In the new season of Russian Doll, Natasha Lyonne’s character gets on the subway and ends up in 1982. What would you do if you got off the train in 1980s New York?

Well, I love nightclubs. I love worshiping in the house of nightclubs. I feel like that’s one of the saddest things about current New York City — the nightlife is kind of obsolete. I mean, there are pockets. But I think I would just go to some mega-clubs to see the hedonistic vibe that goes down.

But that’s the tail-end! The girls in The Last Days of Disco were holding on to an era that was obviously waning. People always reminisce whatever they just missed. I think that’s why all these young kids now are so obsessed with the early aughts and late ’90s.

She would film a scene, and I would watch her on the monitor, and then they would throw me and be like, “OK, now you do Natasha.” It was so much more difficult than I anticipated. I have a 25-year friendship with this girl. But, in my body and my look, I felt like I couldn’t inhabit her in the way that I wanted — not the way Chloe Fineman does it on SNL. I can’t do impersonations. It was more about the accent for me. I worked with this great dialect coach, doing it more like a ‘70s accent that we felt like she would have. But she doesn’t speak that much. The whole thing was very emotional for me. I love Natasha so much, and she has a really complicated relationship with her mother, so it was very meta. I get to like, help her kind of work through a lot of her trauma through her art, which is kind of why we do it. Not to sound so conceited and absolute. 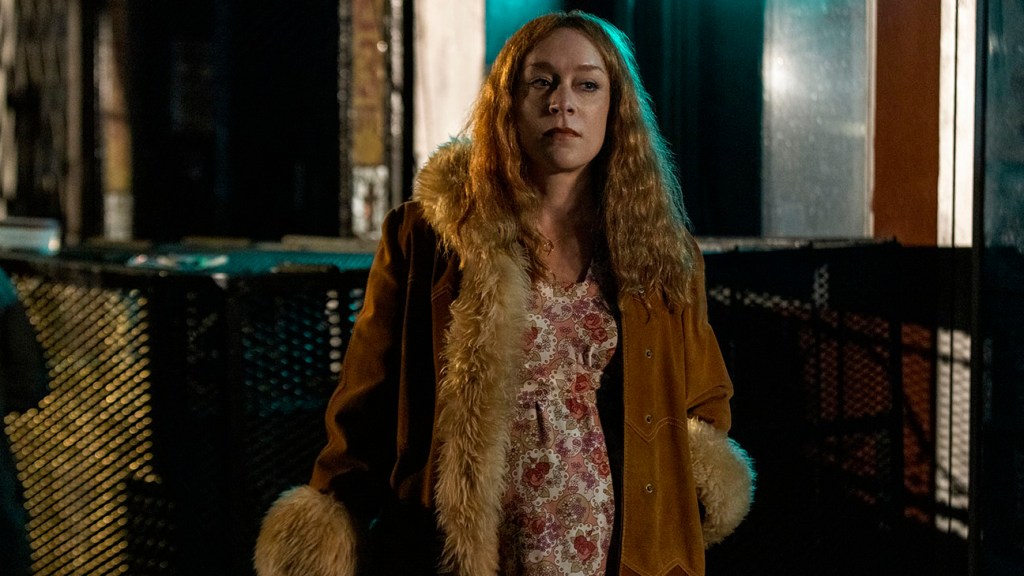 And you played pregnant after your actual pregnancy, yes?

When COVID delayed the shoot, they had already developed this whole storyline around the idea of how pregnant I would be. Natasha was like, “I’m not going to reconceive it now that I’ve already written it.” She was really happy with what came out of that, so I wore the prosthetic.

Natasha recently told a colleague of mine that Chris Rock once referred to you and her as the most intimidating people in New York.

I do remember that! It was at a play. I saw him recently at a park and I was like, “You’re just sitting outside here in New York?”

Was this before or after the incident?

After. I was like, “Are you OK?” I didn’t know what to say. Every single person that walked by stopped and said something. I cannot imagine that level of fame. When you’re a comedian, you’re very much at one with the audience.

Well, you were approached by someone yesterday. How do you generally handle it?

I try to be gracious. I really appreciate when people say how much they like my work. If they’re taking the time to say something, I have to give them the time. The annoying aspect is wanting photos. I often feel really, just really, bedraggled. I’m going to look bad, they’re going to tag me, and I’m going to want to un-tag it. But then I’ll feel guilty because they’re excited about it.” It was more fun before phones.

What part of the creative process are you enjoying the most these days?

I directed three shorts. I love that process, the problem-solving. Communicating with every department to get everybody on board with your vision is really satisfying. I have a couple things I’ve been trying to develop. I was attached to direct some things, but then they didn’t get off the ground — which is really heartbreaking. But I’m still trudging ahead, trying to find that feature or special TV thing to help bring to life.

Development is not for the faint of heart.

I’ve pitched like four projects in the last year and none of them have gone. It’s a tricky time. Everybody’s overextended. All the networks are shuffling their executives, and they’re like, “We have too much female content.”

Who had the audacity to tell you they have too much female content?

Have you ever revisited Big Love?

A lot of people were watching it during the pandemic, so I kept getting all these really nice messages. Friends of mine were like, “I never saw this. Wow, you can really act.” Thanks? I think it’s harder, when people know you, for them to give over to you playing a character. I’m very close with Jeanne Tripplehorn. Last time I was in L.A., I spent a lot of time with her. But I haven’t watched it in a while. When I was courting my husband, he watched it in its entirety. Now, do I just watch it alone? I don’t know. But I do miss the sass of Nicolette. And the pain. She was the most complicated of all sister wives — straddling both of those worlds. Mark [Olsen] and Will [Scheffer] really wanted to challenge the status quo and the liberals and the people saying what is acceptable as a family. There were broader things that they were trying to talk about that could land better these days.

What are you working on right now?

A child’s birthday party, a child’s christening, Mother’s Day, my wedding shower brunch and my wedding.

The shower-and-wedding combo is always a lot.