File this under: awkward.

During the “Fantasy Suites” week of every season of ABC’s The Bachelor, the final three women have the opportunity for their first overnight date with the star, where they are able to spend the night together without any cameras. The week usually results in intimacy and comes ahead of the finale, when the star will (usually) get down on one knee and pick himself a fiancee.

But for Peter Weber’s current cycle, producers decided to switch things up and — for the first time on either The Bachelor or The Bachelorette — have all three finalists live together while taking turns going on their overnight dates in Australia. At this point in the dating competition series, the women are usually sequestered from the rest of the finalists and are unaware of how the other relationships are playing out. But Chris Harrison says the producers had to step in to create an “uncomfortable zone” because one of Weber’s finalists, Madison Prewett, wasn’t being completely honest with the star.

“There are things that we do as producers that will force you into this uncomfortable zone and force you into making a decision,” the franchise host explained to former Bachelorettes Rachel Lindsay and Becca Kufrin during their Bachelor Happy Hour podcast after Monday’s episode aired. “Sometimes we do it for your behalf; sometimes we do it for the guys or the girls. This situation was pretty extraordinary because Peter had kicked the can down the road but also, this time Madison had. And so this was to force a situation that had to happen, and it had to happen this week.”

Weber has been criticized over his indecisiveness throughout his Bachelor season (which is the 24th season of the male-led series), but Prewett had not fully opened up to the star about her faith and her relationship expectations until Monday night’s overnight dates. Though viewers had been clued in that Prewett was a virgin, she waited until Monday’s episode to tell Weber that she is saving herself for marriage, and that if he had been intimate with any of the other women, she wouldn’t be able to continue in their relationship. Weber was blindsided and, after he told her that he had been intimate with the other two women, the episode ended with Prewett walking away, possibly for good.

“If she leaves, it is so hypocritical, a contradiction, to hold that against him when you withheld this information from him knowing what this show is and knowing who Peter is,” Lindsay pointed out while speaking with Harrison. 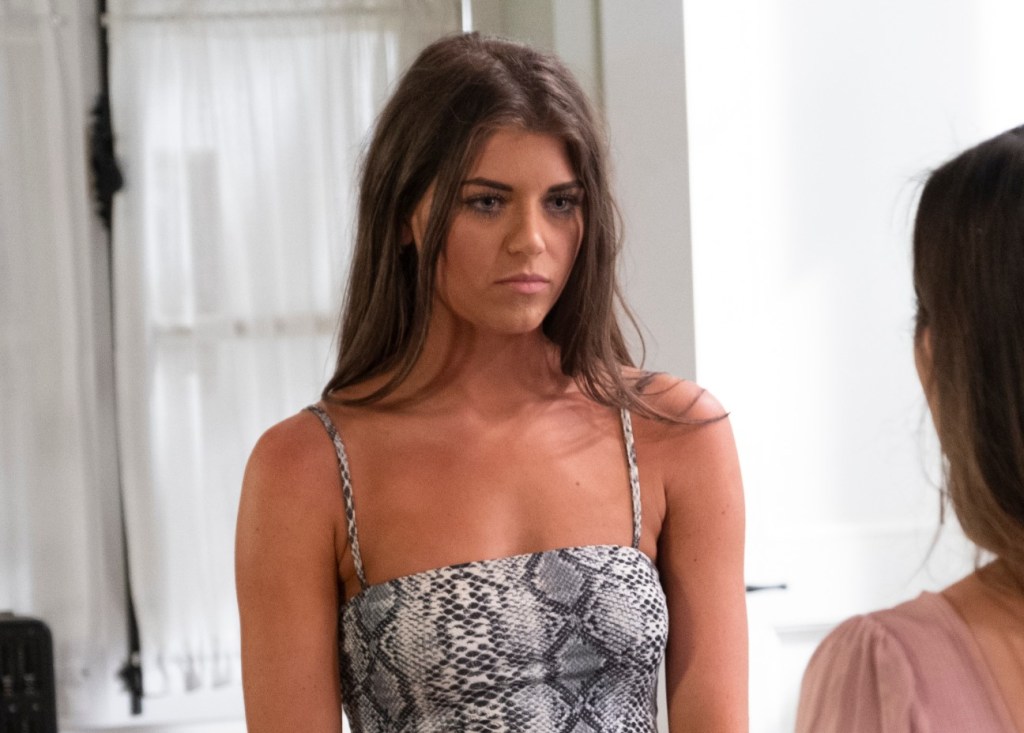 When speaking on the podcast, Harrison said that the producers didn’t want Weber to find that information out next week while getting ready to propose, so they forced Prewett’s hand by having the other women confront her about her sex ultimatum.

“If we get to proposal week, then this guy is really screwed and there’s no chance this works,” Harrison explains. “We gotta figure this out and there’s really only one way to do it. So yeah, it was tough love and it was really awkward. As you know in the history of the show, I don’t know if we’ve ever done this. But we decided to do it this week because these are conversations that needed to be had. And it was because of the double standard and the things that Peter was going to deal with [that] we kind of needed the womens’ perspective on this. We needed Madison to face [other finalists] Victoria and Hannah Ann and have them express their emotions on this because, again, it’s just this guy and his perspective and I don’t know if that’s the greatest thing right now.”

Weber, for what it’s worth, is famously known for his sexual prowess. During his Bachelorette season, where he placed third while competing for Hannah Brown, Brown revealed they had sex four times during their overnight date in a windmill-themed suite. The reveal resulted in a reputation for Weber, one he leaned into, and prompted ABC’s windmill-themed marketing for the season.

When speaking to The Hollywood Reporter at the beginning of the season, Weber said candidly, “I’ve never been uncomfortable talking about sex. I’ve never understood the stigma that’s surrounded it about not being able to talk about it or whatnot. That’s just never been something that I’ve believed in. For me this season, it’s definitely been an important part of my journey and you guys will see what happens with that.”

After next week’s Women Tell All reunion comes the two-night finale, where viewers will find out whether Prewett stays or goes, and how Weber’s spoiler-free season will end. The remaining women are Prewett, Hannah Ann Sluss and Victoria Fuller.

“There is so much that’s left to unpack and to go through,” Harrison told Lindsay of what’s to come. “I feel like the season’s barely started, honestly, considering what’s about to happen in the final week of the show, which is wild to say.”

A Senior 'Bachelor?' ABC Casting Singles "in Their Golden Years"