He’s been dubbed the “Sitcom King,” but Feb. 1, Chuck Lorre will add another honor to his résumé as he accepts the Cinematic Imagery Award at the Art Directors Guild’s Excellence in Production Design Awards, joining past recipients Christopher Nolan, Steven Spielberg, Clint Eastwood and Kathleen Kennedy. With a list of hits spanning from Two and a Half Men and Roseanne to The Big Bang Theory and The Kominsky Method, the writer-producer is no stranger to creating — with longtime production designer John Shaffner — living rooms for his characters to reside in that go deeper than what is laid out on the page. Amid his busy schedule — writing and exec producing The Kominsky Method, Young Sheldon, Mom and Bob Hearts Abishola as well as EPing CBS pilots United States of Al and B Positive — Lorre spoke to THR about the ADG honor, juggling streaming and network TV and being at a point in his career where it’s time to “help somebody else.”

What does this ADG honor mean to you?

A big part of this is a way of saying thank you to John Shaffner, who I’ve been working with for 25 years and has been the art director on almost everything I’ve done. He’s a wonderful man and has been a wonderful partner for all these years, and he asked me to do this. I said yes to honor our relationship, really, more than anything else. He’s been somebody I’ve leaned on creatively for a long time in terms of developing the look of a show.

How involved are you in the art direction of your shows?

You know you’re going to be writing many, many scenes for the sets that are being built, so I think first and foremost you’re trying to create physical sets that offer the most opportunity for the cameras and for different looks on camera — but also sets that evoke the characters, sets that reflect the people who live in them or work in them. A lot goes into it in terms of design. Going back to when we did Two and a Half Men, I just had it in my head that there were no right angles in Charlie and Alan’s beach house and that it was all right angles at his mother’s house — Holland Taylor’s character — [who] was very modern. There was an edge to it literally and in the designs, and a coolness to it as a result. I wanted to make [the boys’] home warmer, more inviting, and her home the kind of place where you don’t like to sit on the couch. Everyone knows those places.

Was there any art direction or production design that especially impressed you this year?

I’m not sure if — it’s so mystifying. I’m not sure how much of it is art direction and how much is special effects — but I thought Legion was remarkable. I loved it.

You’re on both sides of the industry right now, with shows at streamers and on broadcast TV. How do the two compare?

They’re very different. One would hope that comedy is at the heart of whatever environment you’re working in, whether [or not] a streamer where all the episodes are available at once and there are no commercials and you have a lot more freedom content-wise because there are no advertisers to offend. But [even with] all the restrictions that exist in network television, those restrictions are not a barrier to making a good show. It didn’t stop Seinfeld or Cheers or All in the Family or any of a number of great comedies that were shot in front of an audience. So the restrictions that go along with that, you just work with them. They’re not secrets, you know they’re there, and you have to deal with them.

As more streamers are popping up, what is the future for network TV? Will the broadcast networks be pumping out shows in five or 10 years?

I hope that television is big enough to encompass both, I honestly don’t know. Ten years ago, you couldn’t have imagined this landscape, so trying to imagine the landscape 10 years from now — I’m still waiting for my DVD from Netflix in the mailbox. I mean, it wasn’t that long ago that that’s what it was. The changes are happening so fast you’d be foolish to say you understand and try to predict where this is going. I’m just glad to have a job. 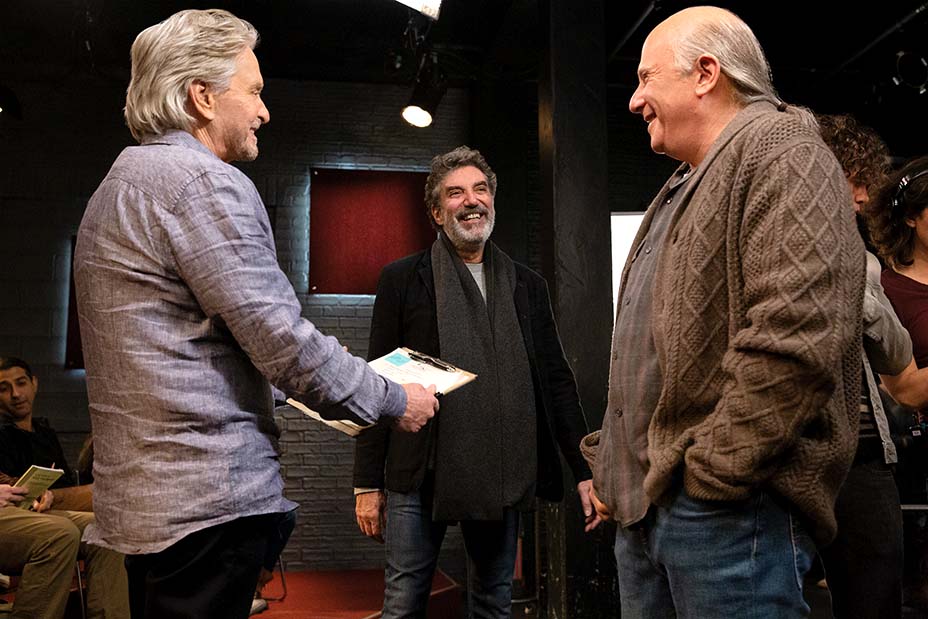 With The Big Bang Theory‘s multibillion-dollar HBO Max deal, are you excited to have it accessible on a streamer for the first time?

Absolutely. It’s going to be interesting to see how it plays without commercials. A half-hour episode of television is really about 22 minutes, maybe less — 20, 21 minutes. Without commercials you can watch three episodes in an hour. That almost becomes a binge experience.

Do you have any interest in doing a Big Bang Theory spin-off at some point?

We’re now in an election year. Will we see any more political vanity cards at the end of your shows?

Only if I want to get in trouble. I get some nasty comments, but I try to avoid that stuff. Anything you say in this world offends somebody.

Sitcoms are what you’re known for, but are there projects that you would want to explore outside of the family comedy?

I’m working with some writers on developing some longer-form series that would be more dramatic in tone. It’s just [a matter of] trying to get it right.

You have two pilots ordered at CBS, plus multiple series on air. What’s the key to juggling so many shows at once?

These new shows are an effort on my part to help writers who’ve been working on the existing shows for a long time, to help them do their projects. The United States of Al came from Maria Ferrari, who has been on The Big Bang Theory for at least a decade, if not longer. And Marco Pennette, who’s been a writer on Mom since the beginning, came to me with this idea for B Positive. It’s that time, I think, in my career where it’s time to help somebody else get something going that they can call their own.