Continue to The Hollywood Reporter SKIP AD
You will be redirected back to your article in seconds
Skip to main content
May 4, 2017 10:31pm
Logo text

The Big Bang Theory and Two and a Half Men creator used Thursday’s vanity card to taunt Trump about Celebrity Apprentice ratings.

The vanity card that aired Thursday after TV’s No. 1 comedy The Big Bang Theory, featured a graphic (seen below) of TV ratings for March 6, 2006, that illustrated Lorre’s Two and a Half Men topping Trump’s The Apprentice in both the key adults 18-49 demo and total viewers. (What’s more, short-lived sitcom Courting Alex also defeated the former NBC reality competition series.)

Lorre topped off the victory lap with this pointed tagline: “Defeat terrorism and crazy dictators? He couldn’t even defeat ‘Two and a Half Men.'”

This is the latest example of Lorre taking aim at Trump via one of his trademark vanity cards. In November, days ahead of the presidential election, Lorre didn’t hold back when sharing his thoughts about the then-Republican candidate.

That followed another dig at the GOP that came days before the 2012 presidential election in which he specifically attacked the party’s stance on gun control and same-sex marriage. 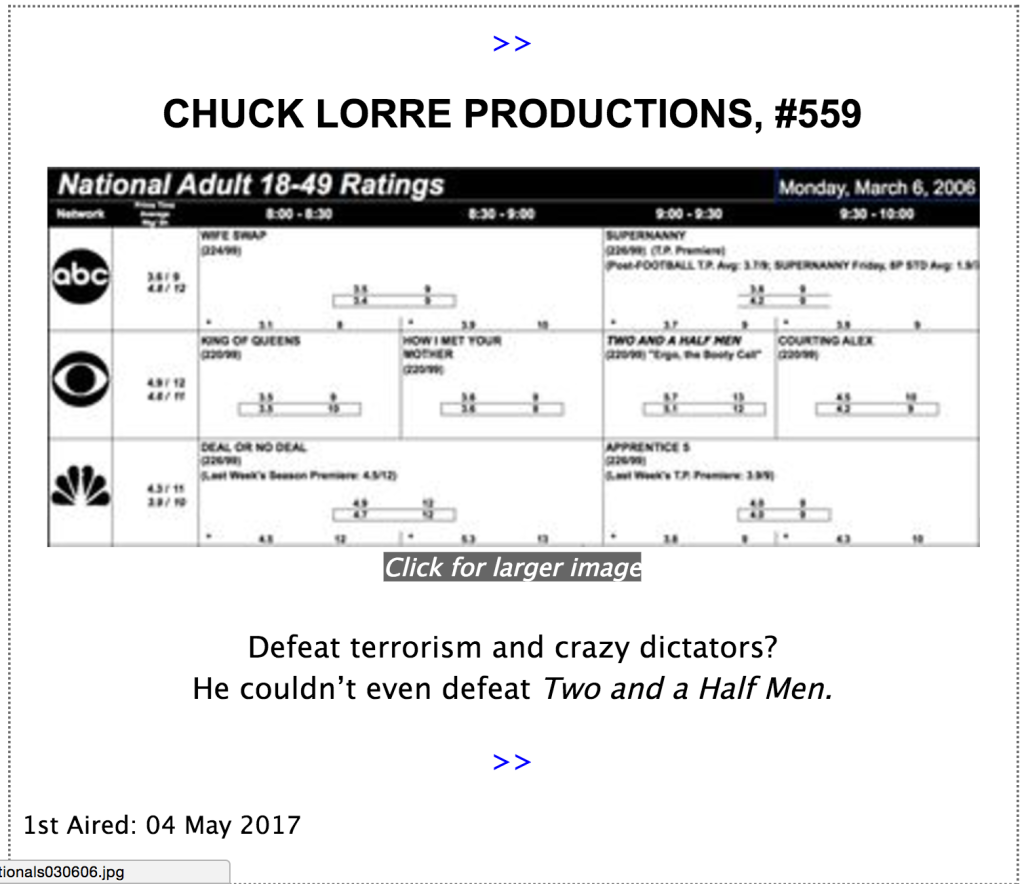