Youthful enthusiasm ruled at Sunday’s premiere of Cloak and Dagger.

Fans flocked to the South by Southwest screening of Freeform’s first Marvel show, which is set in New Orleans and centers teenagers Tyrone Johnson/Cloak (Aubrey Joseph) and Tandy Bowen/Dagger (Olivia Holt) who struggle to deal with newly acquired superpowers that are mysteriously linked to one another.

The show follows the success of Hulu’s The Runaways, another Marvel series that centers on teens, rather than the adult characters the brand usually favors.

“It really was something we set out to do, Marvel Television head Jeph Loeb told The Hollywood Reporter of breaking into a younger market. “When you look at the Marvel Universe, so many of our heroes, whether it’s Jessica Jones or whether it’s Daredevil/Matt Murdock or Luke Cage or the [Agents of] SHIELD, so many of them are adults. [They] knew who they were in their lives when they discovered they had abilities.”

The show’s stars noted that people can be more vulnerable when they are young adults, and that can make for a different type of hero’s journey.

“That’s important to me” said Joseph of exploring those stories. “Teenagers go through so much. You’re put into high school or put into where you are and expected to find who you are.”

Love & Basketball filmmaker Gina Prince-Bythewood, who directed the pilot episode, said she is glad the project helps put more young characters of color on the screen. The director, who has the Spider-Man spinoff Silver & Black in the works, is the mother of two sons and took the directing job in part for them.

“Prior to Black Panther … my youngest son had said, ‘How come no superheroes look like me?'” she recalled. “When this came and it stars a young Black boy, it’s something I had to do.” 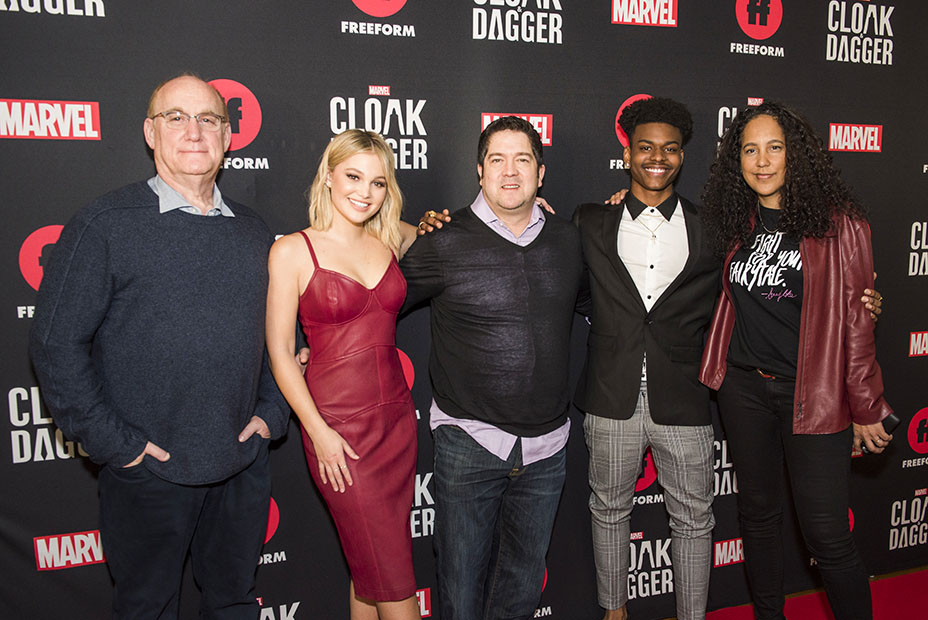 Following the red carpet at the Central Presbyterian Church, the audience was treated to a screening of the pilot episode a full three months before its premiere date. The reactions were positive, with big applause at the end. At a panel after the screening, Prince-Bythewood spoke about setting the tone for the show using music as a way to get the actors into their characters’ headspace.

One surprising revelation was the that the show’s leads weren’t officially cast until a few days before they began shooting. The stars’ chemistry together is now undeniable, but it took a trick by Prince-Bythewood to find that spark in the audition room. The director had Joseph respond on the fly to written dialogue from Holt. It was so organic that it convinced the casting team that the young actors were their Cloak and Dagger.

“That’s what separates this show from other shows,” Holt told THR  of Cloak and Dagger‘s youthful feel. “It’s grounded and has this authenticity to it that every human being can relate and connect to it.”