Growing up in the 1980s, there was one movie that stood out from the pack and has transcended generations. An epic adventure of good versus evil, it first introduced audiences to an iconic robed hero who travels to a bright and distant planet to do battle with a villain dressed in black.

I am talking, of course, about The Karate Kid. When Daniel LaRusso made his fateful interstellar journey from Newark to the San Fernando Valley, he took me with him. A 6-year-old boy living in New Jersey in 1984, I marveled at Daniel’s story. I wanted to play soccer and cook hot dogs on the beach. I wanted to learn karate from my building manager. I wanted to see this magical land called “The Hills.”

I suppose it was fateful, then, that I would eventually make my own pilgrimage to California and begin writing screenplays, always holding Robert Mark Kamen’s classic up on a pedestal. Joining me on this journey were two other Jersey boys, Jon Hurwitz and Hayden Schlossberg. Best friends since our teens, we forged separate but similar paths in the feature comedy world. But we never left The Karate Kid behind. Always referencing our favorite film in our screenplays, we dreamed about one day writing our own Karate Kid movie called Cobra Kai, where we would catch up with these characters and delve deeper into the life and psyche of the man in black, Johnny Lawrence. But the more we learned about the feature film business, the farther off the reality seemed of this project ever coming to fruition.

And then one day, years later, we would find ourselves driving down Sunset Boulevard, staring at a billboard with…wait, is that…Kimmy Gibbler? With all respect to Andrea Barber, it was an a-ha moment for the three of us. If we now lived in a world where Kimmy Gibbler could be on a billboard, then so could Johnny Lawrence. And if Johnny Lawrence could be on a billboard, well…that meant Cobra Kai was a viable TV series. That’s just solid math.

Adapting our movie idea into a serialized television show presented limitless potential. In front of us was an indeterminate length of runway — much longer than 90 minutes — from which we could relaunch these characters and introduce plenty more. As the story ideas swirled, we needed to know who controlled the rights to The Karate Kid universe. And would they entertain our dream?

Overbrook Entertainment held the keys to the kingdom. And Caleeb Pinkett would be the man to unlock the gates. Sharing our enthusiasm, Caleeb welcomed our pitch with open arms. Sony Pictures Television would quickly follow suit. There was now the little matter of revealing our grand plan to two people we kinda sorta needed to make this all work: Ralph Macchio and William Zabka.

We knew William pretty well, having previously worked together [on Hot Tub Time Machine]. And right away he trusted our instincts with shepherding Johnny Lawrence into the new millennium. Ralph was admittedly a tougher sell. He had spent 30 years turning down anything related to The Karate Kid, much preferring the safety of letting Daniel LaRusso’s legacy stay in the past. But he was willing to hear what we had to say — how this was a different story than he had been pitched countless times over the years. How this was going to be a different Daniel. How an old rival would impact his comfortable life. This was not going to be The Karate Man. This was going to be Cobra Kai. After thoughtful consideration, Ralph decided the timing and the pitch were right. He gave us his trust — doling it out carefully at first, and very soon leaning all the way in. We had Daniel and Johnny.

Finding a home for our show was a week like no other. If you ever have the opportunity to go to a bunch of meetings with Daniel LaRusso and Johnny Lawrence along for the ride, I highly encourage it. It just makes people giddy to see those guys together. Other creatives on their own pitch trails were downright flummoxed. At Netflix, Aaron Paul did a triple take. At Amazon, Jordan Peele approached and politely demanded to know, “OK…what is this?” Network executives were enthusiastic and competitive in their response. But it was an unlikely suitor who would win the day.

YouTube Red — and specifically Susanne Daniels — saw in Cobra Kai the opportunity to expand their viewership and demographics with our four-quadrant story. They wanted to make a big statement about the future of their platform and the type of premium content they would be airing. Cobra Kai checked all the boxes. Handing us a full season offer and a healthy budget, Susanne saw our vision clearly and trusted us to make the show we knew we were going to make.

And here we are, one year later, with the 10-episode first season of Cobra Kai set to premiere May 2. We made the season we endeavored to make and truly cannot wait for audiences to experience this show. As superfans of The Karate Kid, we have lived the surreal reality of writing, directing and producing a story set in The Karate Kid universe. We have rebuilt the Cobra Kai dojo. We have watered bonsai trees. But we have also expanded the world, crafting new characters and a contemporary story that is just as accessible to the casual viewer as it is to someone with a “Sweep the Leg’ T-shirt and a skeleton bodysuit (…yep, guilty).

Our dream is now reality. The dark and the light have stepped out of the shadows to face off once more. The awe of being entrusted to continue this story has never been lost on us. With each step we took, we wrote from the heart and always strived to protect the legacy, making sure the story we were telling was an honest one — the right one. Fortunately, we had some helpful wisdom from Mr. Miyagi to show us the way: “If come from inside you, always right one.” 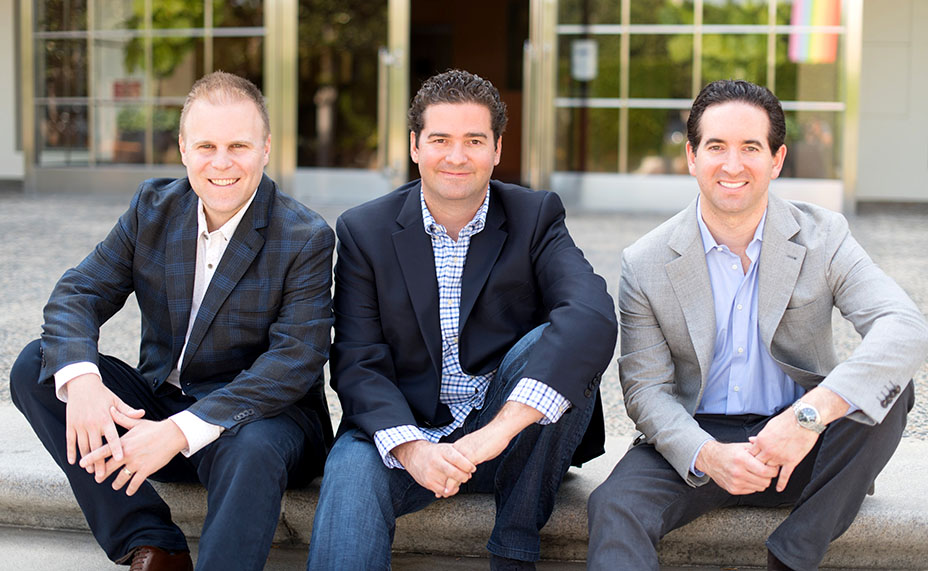