Awkwafina, coming off Crazy Rich Asians, Ocean’s 8 and a hosting gig on Saturday Night Live, co-created and will star in a self-titled series loosely based on her life. Scovel, meanwhile, co-created and will star in Robbie, a show about a small-town basketball coach living in his dad’s (Beau Bridges) shadow who sees a path to greatness in his own son.

The two series join a slate of new programs including the family-centric The Other Two, which premieres Jan. 24 following the final-season debut of Broad City; the Chicago-set South Side; and the sketch show Alternatino With Arturo Castro. Season two of the critically hailed Corporate also debuts in January. Detroiters is awaiting word on whether it will get a third season, but Another Period is done after three seasons.

It’s an eclectic slate of scripted originals, one that Comedy Central hopes will continue serving the network’s key audience of young men while also bringing more women into the fold. The 2017-18 season was the net’s best among women 18-49 since 2014.

Broad City helped set that template, say Comedy Central executive vps and co-heads of talent and development Sarah Babineau and Jonas Larsen, and they hope the new shows will follow the same path.

Awkwafina co-created her show with Karey Dornetto (SMILF) and Teresa Hsiao (Family Guy) and will star as a twenty-something living with her dad (BD Wong) and grandmother (Lori Tan Chinn) and striving for a larger-than-life existence. Bowen Yang also stars as her more successful cousin. Awkwafina, which has a 10-episode order, will be the channel’s first scripted series with a majority Asian-American cast. Itay Reiss and Peter Principato of Artists First executive will produce with the creators.

“First and foremost they’re really unique and specific comedy voices that are undeniable,” says Larsen of Awkwafina and Scovel. “But there’s diversity there, there’s different points of view.”

Below, Babineau and Larsen discuss the way they approach stand-up comedy, the image of the network and lessons learned from the post-Daily Show struggles in the past year. 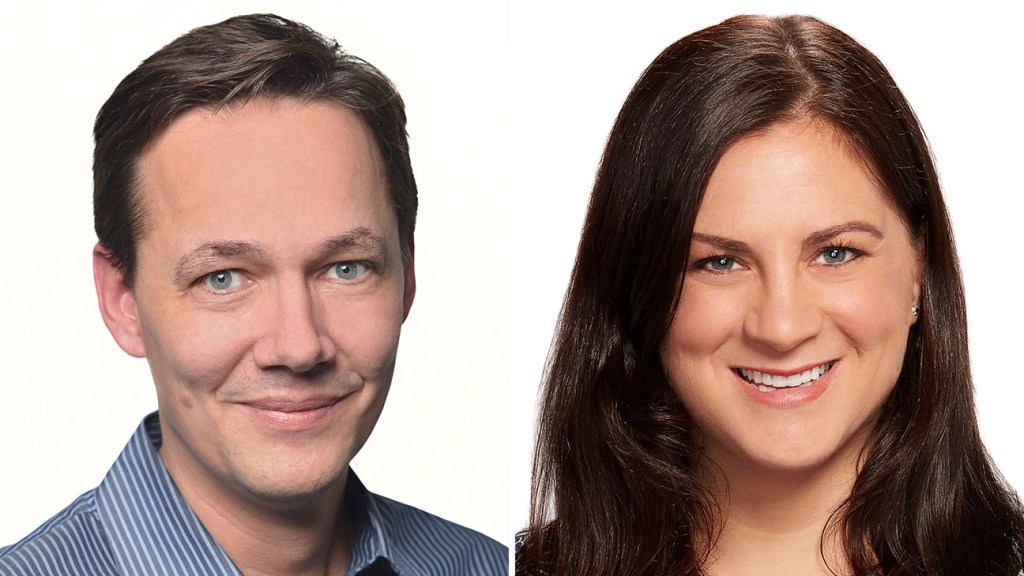 The Other Two definitely has a different feel than some of your other shows. It, and the Awkwafina and Rory Scovel shows, seem more centered on families than some others you’ve done recently. What was the impetus for going in that direction?

SARAH BABINEAU I think we’ve done a lot of sort of buddy-comedy duo shows in the past — great ones, and ones that are currently still on. It’s just case by case, project by project, based on the talent’s vision for the show. [Former SNL head writers] Chris Kelly and Sara Schneider came in with The Other Two, and it just happened to be a family show. We loved it, and it had all the things we look for when we’re picking what we want to do.

Even though it is slightly different than what we’ve done before, it’s still super funny, and that to us is the most important thing. But it’s definitely a premium show. It leans into storytelling, which Awkwafina’s and Rory’s shows do as well. They’re just different ways in than the sort of buddy-duo comedy. And it’s also so we have a diverse slate as well. They’re different than Broad City and Corporate, for example.

JONAS LARSEN One thing Sarah and I and the rest of creative team have really focused on over the past couple years is to really refine our creative filters and how we approach the programming we make. One of them, as Sarah mentioned, is super funny. The other really important one is personally relatable, which really speaks to stories we can connect to and great storytelling. So that’s something we’ve really focused in on the past couple of years.

Comedy is so subjective that you can’t hit every person’s taste, but do you feel like Comedy Central had become identified with a certain type of comedy and you’re trying to expand that?

LARSEN I think we’re always looking to bring new audiences to Comedy Central and to really reflect the world we live in, making sure it’s a diverse slate of programming that we have. We’ve talked a little bit about these creative filters we have — super funny, personally relatable, culturally relevant and provocative. They’re weighted in that order; obviously super funny is the most important thing for us.

We’ve really tried to make sure that all the programming we have checks those four boxes, in that order, not to alienate the current audience we have but also to bring in a larger and more diverse audience. That’s really important. … Each of them, it doesn’t feel like, “What is this doing on Comedy Central?” It just feels like an evolution of [the brand]. That’s what we’re really proud of with this slate.

There have been some changes in the executive suites above you. Has that affected your jobs much?

LARSEN For Comedy Central, it’s pretty much status quo. We continue to work the way we’ve always done with Kent [Alterman, now also president of Paramount Network and TV Land] and the senior team. There have really been no changes on the Comedy Central front in any significant way.

Netflix has made this huge push into stand-up, which is a space Comedy Central used to own along with HBO. How do you approach that part of your programming now?

LARSEN We are all about curation. Whereas Netflix takes the Wal-Mart approach, where they have to sort of be everything to everyone, we don’t need to be that. We are about launching new talent and new voices. We can really curate those new voices, and that’s what we’re really focused on in that space. We’ll let them spend themselves silly with big names, but for us, it’s really about incubating that new talent and bringing them out to the world.

BABINEAU We also think about it strategically, in that we want to be in business with talent on our network in multiple ways, on all of our platforms. So we’ll do a one-hour special with Roy Wood Jr., who’s a correspondent on The Daily Show, who we’re also developing a scripted pilot with. We really want to have faces of the network that we love, and we feel like we have a lot of those faces right now. We’re really proud of that.

What is it about Awkwafina and Scovel that stood out to you as people who can bring in those new viewers?

LARSEN It’s on multiple levels, but first and foremost they’re really unique and specific comedy voices that are undeniable. That’s on the super-funny level. But there’s diversity there, there’s different points of view. Robbie takes place in the South, and it has a different point of view than something like Corporate, for instance. …

Awkwafina, it’s her experience growing up in Queens as an Asian-American and her coming-of-age story and how she became Awkwafina as we know her today. It’s sort of loosely based on her life. It’s really about tapping into voices that are just undeniable and represent the new generation of comedy stars that are coming up.

BABINEAU And both Awkwafina and Rory are comedy talent we’ve been tracking for a while. … We identified them early on, before the movies and before they were the stars they are now, and started working with them early on. We’re excited to be doing their TV shows now.

LARSEN Rory did a half-hour for us and has been on Meltdown and other shows, and Awkwafina has done stuff for us on the Comedy Jam and other things. As Sarah was saying, it’s part of our talent strategy of identifying, developing and launching them in new ways.

Do you want to get Awkwafina on the air as soon as possible while she’s ubiquitous in the culture?

BABINEAU I think she’s going to have a huge place in the culture for a very long time. Our plan is to start the writers room soon and head into production soon, but I don’t think there’s a deadline on when her cultural relevancy is going to be up. She’s a huge star.

LARSEN I think this show would stand on its own regardless of whatever else is going on with her. I think it’s great timing, but she’s here to stay.

The Daily Show has really found its groove, but the 11:30 p.m. spot has been tough for you. What lessons are you taking from Jordan Klepper’s and Larry Wilmore’s shows that you can apply to the next series there?

BABINEAU I think the biggest thing is just political fatigue. There are a lot of late-night shows that talk about politics and are doing it really well, including and especially The Daily Show. So as we’re talking about developing a new 11:30 show, we’re focusing more on the pop-culture space and what we’re calling a palate cleanser. So it’s a different approach to 11:30 than we’ve done before.

LARSEN Something that will get you from The Daily Show to bed in a much more gentle way than perhaps a political show would do there.

What’s the status on projects you’re developing with Abbi Jacobson and Ilana Glazer for after Broad City?

BABINEAU We’re plugging away. We have a few things we’ve already announced that we’re in development on — an animated show, an ensemble show set in D.C. But we continue to work with them.

What sort of impact do you think Broad City has had on Comedy Central, in terms of changing the perception about what types of shows could thrive there?

BABINEAU It’s had a big impact in terms of making the network more gender-balanced. Amy Schumer’s show, Broad City, Another Period — these are all shows created by and starring women. The Other Two is co-created by a woman, and Awkwafina, obviously. It’s part of the evolution of Comedy Central to being a more gender-balanced network.

LARSEN And quite frankly, it’s a huge part of where we are today with our slate. It’s really informed our efforts in the scripted space.