It’s with a heavy heart that I write of my appreciation and love for producer Craig Zadan, who died shockingly last week. He was my friend and kindred spirit in putting musicals on television, and some of the most joyful moments in my life came from working with him — or just watching one of his movies.

Long ago I dubbed Craig and Neil Meron, his producing partner of 45 years, the most prolific producers of musicals since the great Arthur Freed (Singin’ in the Rain, American in Paris, The Wizard of Oz). Neil and I, along with Craig’s life partner Elwood Hopkins, and everyone who had the privilege of knowing him, are bereft at his passing. But it was his incredible passion for life and musical theater that have become his legacy and what we will remember always. 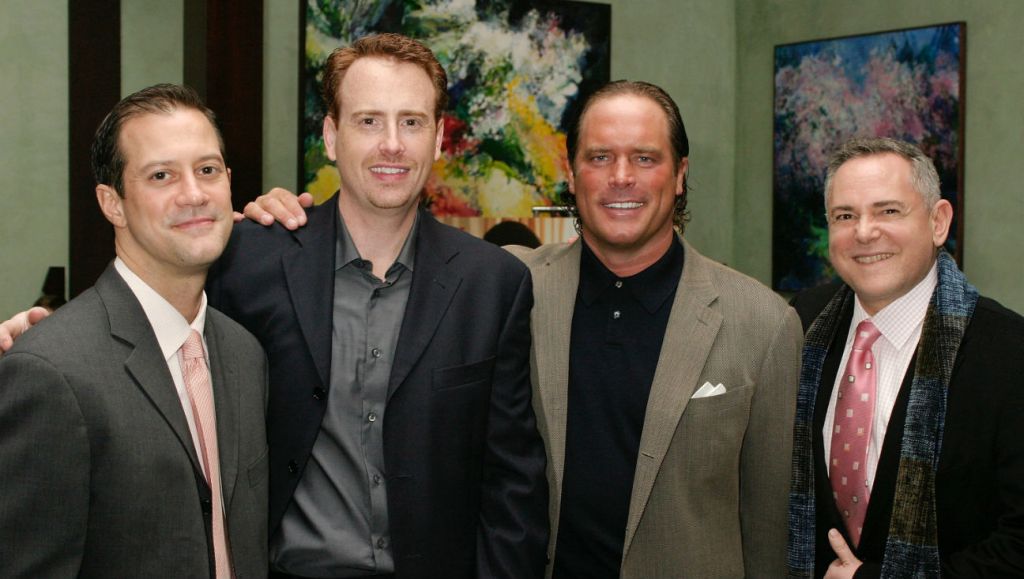 When I was a teenager in Rockford, Illinois, obsessed with theater but unable to get to Broadway, I got my hands on a book called Sondheim & Co. about the musicals of the brilliant composer Stephen Sondheim. It was written by Craig Zadan. I devoured every chapter and immediately thought, who the hell is Craig Zadan?

When I finally got to Hollywood and landed a job at the young Fox network in 1990, I decided to track Craig down. He and I (and of course Neil) quickly realized we were variations of the same person: theater lovers, movie lovers, music lovers. There wasn’t a big call for musicals back then — in fact, they were very much out of fashion — but for some reason that didn’t matter to them.

LET ME ENTERTAIN YOU

In fact, they had convinced the authors of Gypsy (lyrics by Sondheim of course) to let them produce a television version of this iconic musical starring Bette Midler. It wasn’t right for Fox back in the Beverly Hills, 90210 days, but CBS went for it and I was really jealous. They invited me to the premiere at the El Capitan Theatre in 1993, and I was just blown away — and more determined than ever to figure out how to someday do a musical with these two gifted producers. 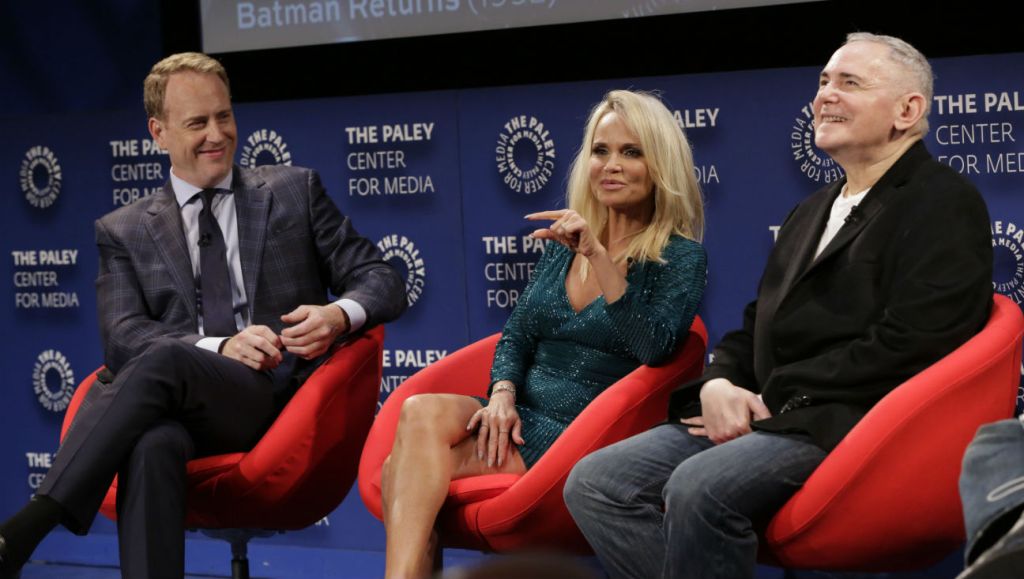 Somehow, they were wiling musicals onto network television and getting big stars — and audiences — to come along with them. And gradually, this genre which had fallen on hard times began to come back to life.

And they were also making many other kinds of films as well by telling important stories about race, gender equality, human rights and contemporary issues in society. There are many examples ranging from Serving in Silence, starring Glenn Close as a closeted lesbian who fought her honorable discharge from the military, to Lorraine Hansberry’s classic A Raisin in the Sun, to this season’s Flint, about a woman’s fight in Michigan against the toxic water crisis. Even Hairspray — which they produced twice — has a powerful message about race relations and integration.

I loved everything they did — a particular favorite of mine is Me and My Shadows, their sophisticated biography of Judy Garland, starring Judy Davis. I kept hoping we could find a way to work together to explore our mutual love of musicals.

LIZA WITH A Z

Then in 2005 I got an excited call from Craig who said he and Neil had to see me right away because they had a big idea they were dying to pitch me. Maybe this was our chance to finally work together. I was the head of Showtime then, trying desperately to move it out from under the paralyzing shadow of HBO and we needed big, attention-getting events.

Enter Liza With a Z. As a kid I had seen Bob Fosse’s Emmy-winning TV special starring Liza Minnelli in her prime. Craig told me that Liza herself owned the film but it was deteriorating, and her dream was to restore the footage, put it back on television and then release the DVD. I jumped on board and some of the most fun I ever had was accompanying Craig and Neil, and Liza of course, to the Toronto Film Festival where we premiered the restoration on the big screen. 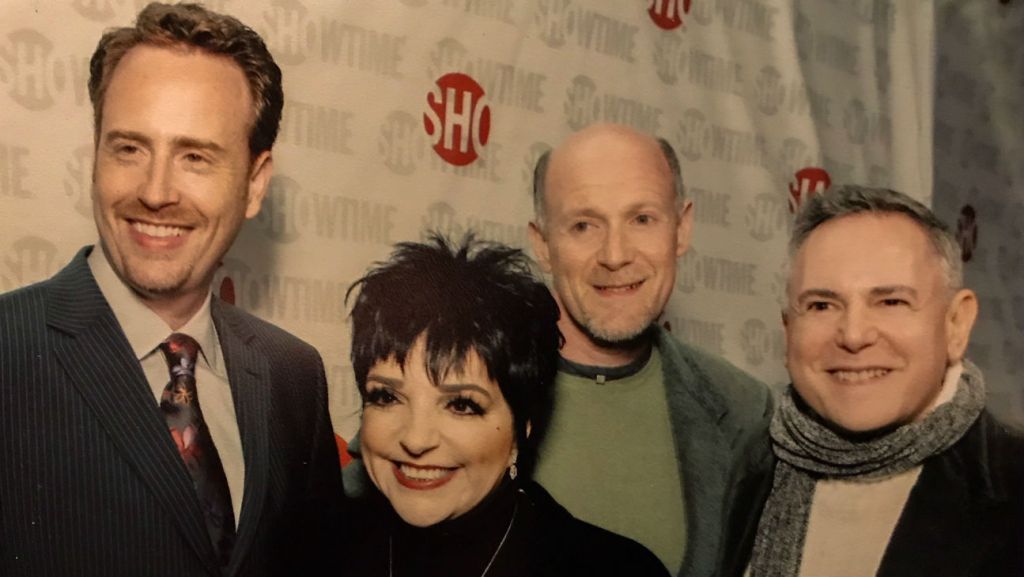 LET ME BE YOUR STAR

A couple of years later while I was still at Showtime, I got a call from Steven Spielberg and this time he had a big idea. He was very excited about developing a glossy TV series about the making of a Broadway musical called Smash. (Why hadn’t we thought of that ourselves?)

I said yes immediately, and told him that the perfect guys to bring on board were Craig and Neil. (By this time, they had become the go-to producers of musicals and I think I skipped over a little movie called Chicago they produced in 2002 which won a slew of Academy Awards, including best picture). Steven loved that idea and a new partnership was born.

Unfortunately, I left Showtime before getting Smash into production. But the cupboards were bare when I arrived at NBC so we brought Smash over, put it on the fast track and premiered it in the winter of 2012 to a very enthusiastic audience.

With a dream team that included composers Marc Shaiman and Scott Wittman, director Michael Mayer, and a cast of incredible actors and singers (Debra Messing, Christian Borle, Megan Hilty, Kat McPhee, Anjelica Houston), Smash became one of the most joyful experiences we ever had together. I mean, who doesn‘t want to make a musical — every week — with Steven Spielberg!

Then one morning in 2013 when driving into work I heard Hugh Jackman singing “Oh What a Beautiful Morning” from Oklahoma on the radio. I called Craig and Neil immediately — “Hey, what about doing a remake of Oklahoma starring Hugh Jackman for NBC?” They loved the idea but decided to do me one better. Craig said, “We’ve been thinking about this for a long time…what about a remake of The Sound of Music but doing it live…?”

I thought about it for about two seconds and said: “I love it, let’s do it!”

Of course, we had no idea yet how to do it, but the three of us rolled up our sleeves and went to work. A million questions got answered with the help of Carrie Underwood, Audra McDonald and hundreds of talented people who were thrilled at the idea of doing the first live musical on television since the 1950s! 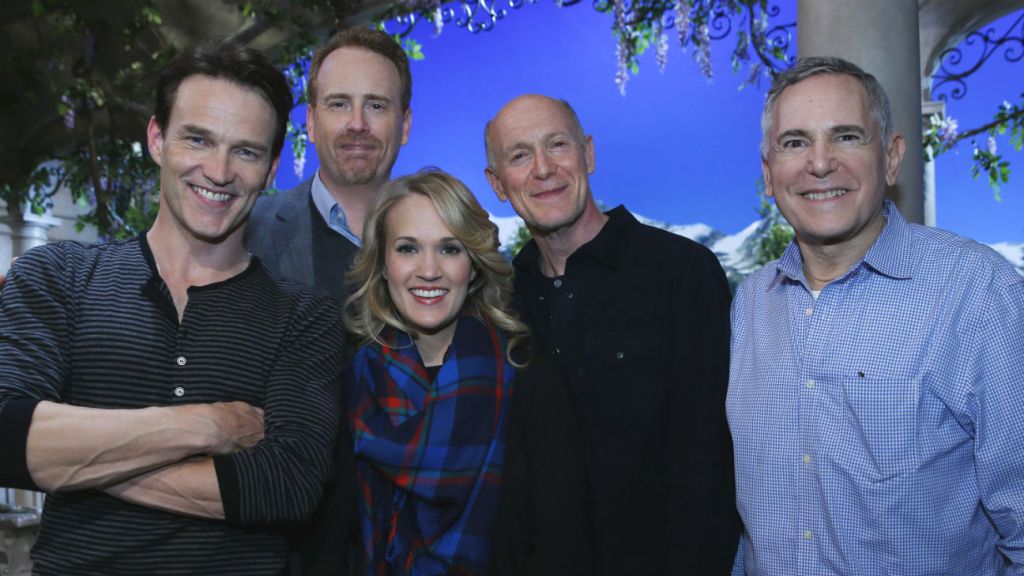 Would anyone really want to watch an old-fashioned musical, live, on a Thursday night in December on the fourth-place network? Probably not, we quietly admitted to each other; but who cares, we’ll have a blast making it anyway.

But turns out we were wrong. Very wrong indeed.

More than 18 million people tuned in on Dec. 5, 2013, to watch a new version of one of the most beloved family musicals ever written. And what do you know, they were excited about seeing it live! (Four million more people watched it delayed over the next three days too.)

We were a hit. An out-of-the-box, enormous hit.

Somehow Craig and Neil just knew it would work. Their confidence in musicals, their expertise, and their tenacity — not to mention all the resources of NBC — made it happen.

With live productions of The Sound of Music, Peter Pan, The Wiz and Hairspray under our belts, we decided to take on Jesus Christ Superstar Live in Concert last April with the blessing of Andrew Lloyd Webber and Tim Rice. And I think it was our best one yet. The reviews were ecstatic, 13 Emmy nominations followed and, more important, it really moved the audience.

No doubt this will stand as one of Craig Zadan’s finest achievements. But none of us could have imagined it would turn out to be his last musical. Then again, I know he would love the idea of leaving the stage with them wanting more.

It’s only been a few days and we already miss him now that we’re hard at work on Hair Live for next spring. He’s there in spirit of course, but damn if we wouldn’t rather have him in the rehearsal room with us instead.

I will treasure forever my 25 years of friendship and making musicals with Craig Zadan. From the beginning, I know we both loved the very same thing — how musicals can make you feel. When all those wonderful elements come together it can be one of the most powerful things in the world. And I know he would agree wholeheartedly. Or rather, I think that’s what he taught me.

“The art of making art, is putting it together.” 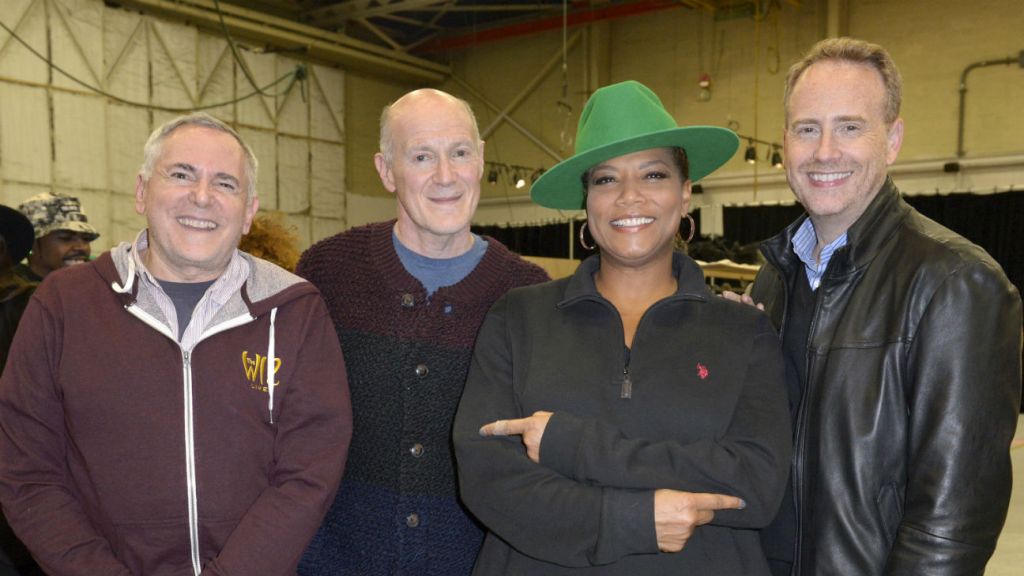