If you see a TV critic walking down the street, lurching gait and deadened eyes, give them a wide berth. And perhaps congratulate them on being able to leave the house at all.

With the release of Apple TV+ and Disney+, November has marked another milestone in the ongoing programming oversaturation that, at this point, shows no sign of abating. FX boss John Landgraf’s 2015 pronouncement about the arrival of “Peak TV” is kind of like if Henry Ford had declared in 1908 that we had reached “Peak Car.”

Peak TV already reflected a shift in emphasis toward quantity and away from the quality designated by TV’s various “Golden Ages.” So maybe we need a new term to refer to what happens when we go past the peak and an avalanche comes down to bury us all. Welcome to Plus TV!

This was not how the streaming wars began. Netflix, after emerging from its origins as an underdog aiming a slingshot at Blockbuster, was sui generis. But Hulu started as a glorified DVR substitute for its corporate owners and Amazon Prime Video was a value add if you didn’t think free shipping alone justified annual membership. Netflix may have evolved to become omnipresent but it wasn’t overnight, and the experiment could have backfired.

Apple TV+ and Disney+, though, arrived with nothing less than world domination on their minds. They weren’t attempting to carve out new space as much as they were trying to push two of the world’s most recognizable media brands into terrain where their already established ubiquity would give them an advantage. To subscribe to one service or the other is almost Pavlovian at this point. It’s less like a marriage celebrating fresh ardor, and more like a recommitment ceremony acknowledging that we’ve gone so far down the road together that we might as well say “I do” again (or reauthorize our credit cards) for the next stretch. Apple TV+ and Disney+ are self-perpetuating engines of entertainment hegemony, and if they deliver decent programming in addition, that’s almost a bonus.

Disney+ launched Nov. 12 with the library to end all libraries. Most of the Star Wars movies! Most of the Pixar and Disney animated films! All of the highs and lows of the first cycle of Marvel movies! Every episode of The Simpsons, provided you don’t care if they’re cropped properly! A back catalog of live-action features laid out in a pleasing menu designed to generate nostalgia regardless of your age! It’s like Netflix, in the sense that searching for content to watch takes so long that you could finish an episode of a new show in the time it takes to decide what to watch.

The Mandalorian, easily the headliner among the service’s premieres, is presented as an all-new story in the Star Wars universe, but every beat — from the familiar alien creatures to the retro stylistic flourishes to a pandering pilot cliffhanger — could be filed under “New, but not too new.” (Introducing an audience of art-house-phobic viewers to Werner Herzog is the show’s biggest leap.)

Each new Disney+ show is, in its way, a commercial for other things within the service, which doesn’t mean they’re bad. Encore! features Kristen Bell as a presenter and dedicates its second episode to singing the praises of Disney’s Beauty and the Beast, but it’s also absurdly charming and its high-school-musical reunion format will strike a chord with anybody who’s a theater kid at heart. The same is true of the comically named High School Musical: The Musical: The Series, a wholesome, polished scripted dramedy that uses a winsome cast and clever writing to tell the story of a group of teens living out their dream of doing a high school production of … High School Musical. 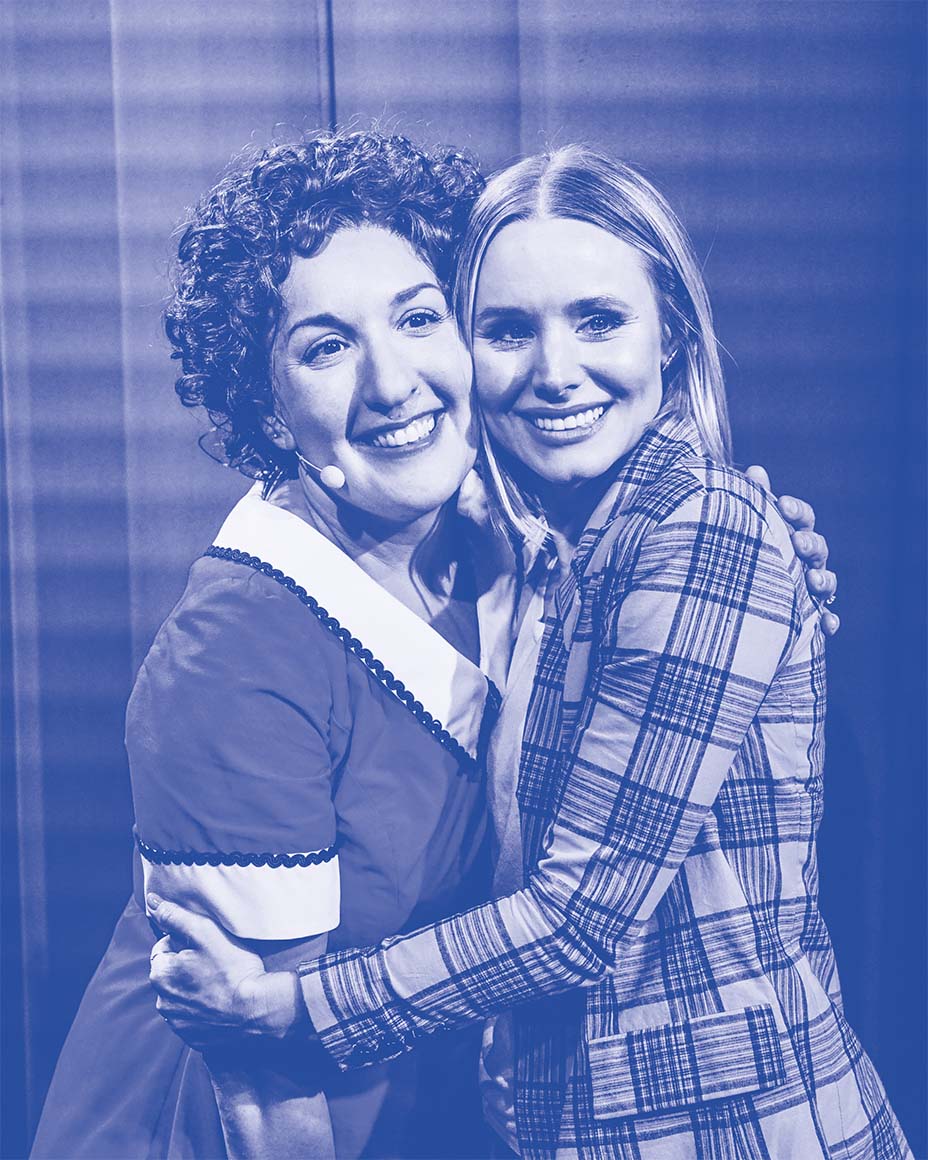 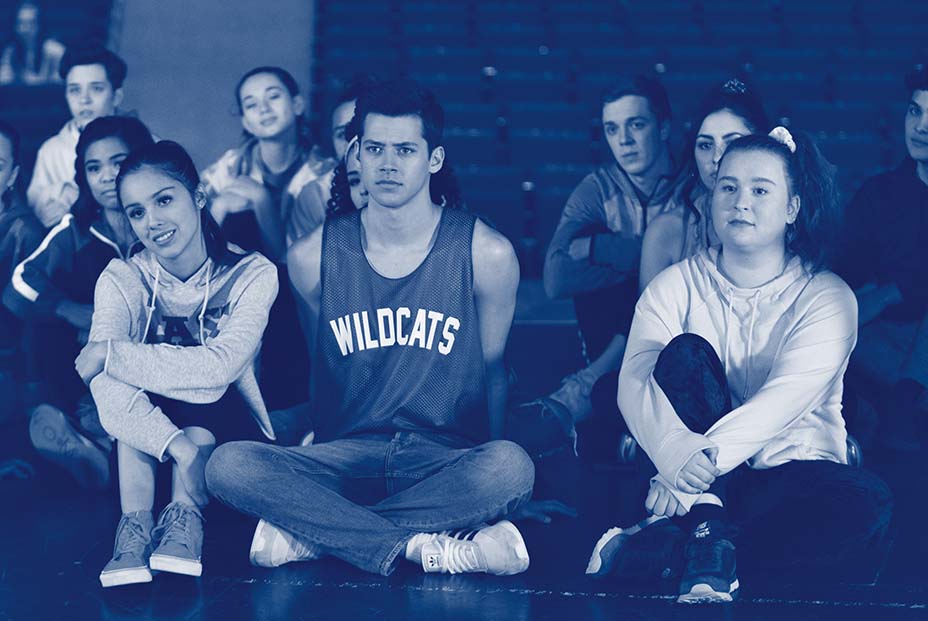 Marvel’s Hero Project, a reality show that turns adversity-plagued kids into superheroes, is guaranteed to make you cry, and if Marvel weren’t a corporation, you’d want to end every episode by giving it a hug. Even the most substantive of the originals, The Imagineering Story, is an exercise in veneration, turning Walt Disney’s notorious hatred of organized labor into the most unlikely of origin stories, inspiring his push into theme parks.

So far, there are no Emmy contenders on the Disney+ slate, just family-friendly fare tailored to make you feel things — inspired, overjoyed, comfortable pledging your soul to Disney — in boundless quantities.

In lieu of any sort of library at all, Apple TV+ has taken a different approach. The launch was accompanied by four high-profile originals that all could have come with the warning “Watch more than one episode … it gets better.” I’m halfway through the first season of The Morning Show, the most hyped of the originals, and it’s settled into being a solid B- drama. That’s a quantum improvement from a pilot packed with implausible character beats and unearned swells of emotion. The series has little to say about the world of morning television, and it took several episodes for its perspective on the #MeToo movement to coalesce into something interesting, but there’s an undeniable pleasure in watching Reese Witherspoon and Jennifer Aniston tear into meaty monologues.

Thanks to its soapiness and cast, The Morning Show is provoking responses, for better or worse. I’m still waiting for reaction of any kind to See or For All Mankind. The former, featuring Jason Momoa as a hatchet-wielding blind chieftain in a postapocalyptic world without sight, runs on fumes after its first hour. The latter, an alt-history drama in which Russia made it to the moon first, is brainy and decently acted, but I like my speculative fiction to speculate more.

The best Apple TV+ original, or at least the one closest to achieving its aspirations, is the cleverly anachronistic Dickinson, with Hailee Steinfeld playing Emily Dickinson as a slang-spewing modern feminist with Sapphic leanings. It takes a while to get used to the hip-hop and ironic winking, but stick it out through the opium-fueled party (episode three) and John Mulaney’s turn as Thoreau (episode four) and there’s some fun to be had here.

It’s a limited slate and doesn’t induce anywhere near the same absorption as Disney+. What Apple wants, more than anything, is to elbow its way into the fray; once you’ve navigated your way onto the Apple TV app on your iPhone or iPad or iWatch, maybe you watch an Apple TV+ original or some other programming that you subscribe to within the app. The Morning Show may be one of the most expensive series ever produced, or it may just be a star-studded breadcrumb leading you deeper and deeper into the world of frequently upgradeable Apple technology.

It’s exhausting, but let’s enjoy this inevitably brief period of Plus TV while we can — we’re only six months away from AT&T/Time Warner ushering in Max TV.