Netflix’s big-budget historical drama, which follows Queen Elizabeth II over ?multiple decades, is ?about to undergo a dramatic change. The series is swapping out its current stars — including Emmy-nominated actors Claire Foy, Matt Smith and Vanessa Kirby — for new ones who’ll portray ?the same characters a few years on. With the casting musical chairs, it’s the last chance for Foy, Smith and the rest of the original actors to nab trophies for their work on the Peter Morgan-created drama, which is up for a total of nine awards.

Series producer Suzanne Mackie spoke with ?THR about the difficulty of saying goodbye to beloved actors, what gives her anxiety about future seasons of the show and the one question she wishes to never be asked about again (hint: it has to do with the queen’s viewing habits).

From 'The Crown' to 'Black-ish': Costume Designers Dissect How They Curate the Perfect Looks

What are you most looking forward to at the Emmys?

Netflix’s afterparty. But, seriously, we’re so proud of our nominated cast and crew — Claire, Matt and Vanessa have been extraordinary. It’s thrilling.

How was this season different ?from the first season?

Season two depicted the late ?’50s and early swinging ’60s, ?and with it introduced a whole new mood and atmosphere. Princess Margaret and Armstrong-Jones embody these sociopolitical changes.

What was it like to say goodbye to such beloved characters and actors?

It was very sad to say goodbye to the season one and two cast; they were brilliant and we’d all become friends. But I don’t think any other show has recast its characters between seasons, so there is something both nerve-wracking and exhilarating too.

What can you tease about the next season of The Crown?

The arrival of a new generation ?of characters, with Prince Charles, Princess Anne and Camilla.

What gives you the most anxiety about future seasons of the series?

As we get closer and closer to ?the present day, our audience will have a more vivid reaction to the events we depict. 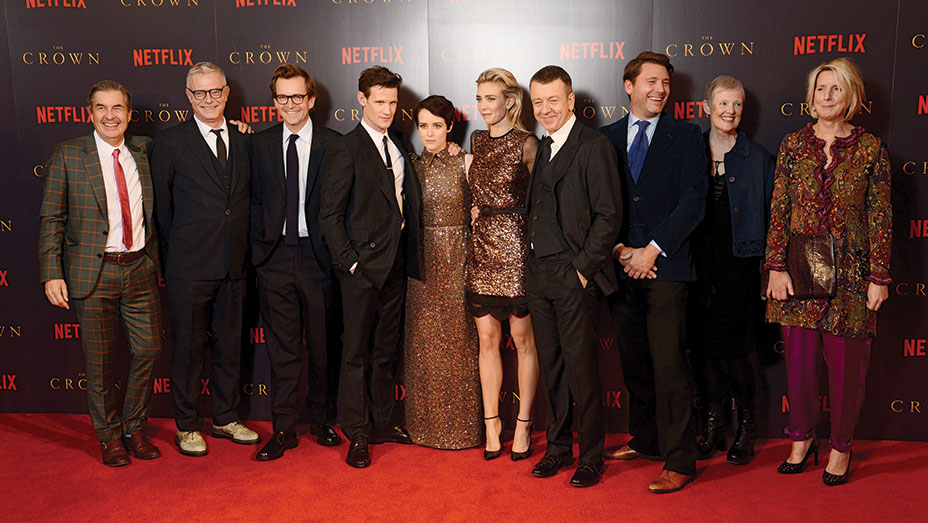 What was your favorite line of ?dialogue from the second season?

Elizabeth to Prime Minister Macmillan: “I’ve been queen barely 10 years, and in that time I’ve had three prime ministers, all of them ambitious men, clever men, brilliant men. Not one has lasted the course. They’ve either been too old, too ill or too weak. A confederacy of elected quitters.” Peter Morgan wrote that the day of the Brexit result. It chimes.

What’s the most unexpected response you’ve gotten to your series this season?

What’s the one thing you never want to be asked about on the red carpet again?

“Has the queen watched it?”

Which of your cast is best suited ?to run for office?

John Lithgow — we could do with someone fair and good.

At a March conference in Israel, producers of The Crown revealed that Claire Foy had been paid less than co-star Matt Smith for the first two seasons of the show, due in part ?to his quote being higher after his experience on Doctor Who. The revelation caused an uproar on the internet, including the creation of a petition calling on Smith to donate the extra salary he received to Time’s Up. But Left Bank, the production company behind the series, released an apology to Foy that also stated: “As the producers of The Crown, we at Left Bank Pictures are responsible for budgets and salaries; the actors are not aware of who gets what and cannot be held personally responsible ?for the pay of their colleagues.” Left Bank creative director and executive producer Suzanne Mackie added: “Going forward, no one gets paid more than the queen.”

“If the first season was a superhero origin story, the second season ?is Elizabeth testing the limits of her powers and realizing how frequently loved ones can be her kryptonite ?and also recognizing, maybe for the first time, that it isn’t just her life that was consumed when she became queen. Elizabeth has moments of backbone and passionate determination, and Foy makes those scenes thrilling because so much of the season is Elizabeth observing. It can’t ?be easy to play shades of ‘quiet, inward-facing reflection,’ but Foy does a lot of that over 10 episodes while also subtly pushing Elizabeth toward middle age, adopting a new walk and tweaking her cadences.” – Daniel J. Fienberg, Dec. 5, 2017

In theory, The Crown will have four more seasons ?of television to win Emmys with — but, this being the last round with the original cast, there is certainly a chance that voters will want to send this first iteration of the decades-spanning drama off in style. Claire Foy ?and company took a familiar, seemingly stodgy story and made it into one of the most talked-about dramas on television. Had The Handmaid’s Tale not been the breakout of 2017, many suspect Morgan’s cerebral soap could have taken it all the way. What seems far more likely ?for the sophomore run is a best drama actress nod for Foy. Not only did the role of Queen Elizabeth II earn her raves, but ?the revelation that she was paid less than her male co-stars (on a ?show named for her character) makes her a timely underdog to root for. ?– Michael O’Connell