[Warning: This story contains spoilers from season two of Netflix’s The Crown.]

Season two of Netflix’s The Crown opens with a confrontation between Queen Elizabeth (Claire Foy) and Prince Philip (Matt Smith) about discord in their marriage and the rumors that he might have been unfaithful while on a five-month royal tour around the world. And while the couple seems to work out their issues, they flare up again in a tense scene toward the end of the season finale that sees Elizabeth square off with her husband again.

“I was worried about that scene,” Smith tells THR. “I still have not seen that episode in its entirety. I’ve seen that scene, and I was pleased with it in the end. He’s good at writing those scenes, Peter [Morgan]. He’s good at writing those big, long epic scenes that almost feel like they could be part of a play. They’re wonderful to do because you get a real journey through them.”

This scene in particular, however, seems to have the entirety of the royal marriage hanging on it.

“It’s tricky. It’s the culmination of a great argument in a marriage, one that is really make or break,” Smith says. “I think, at that time, [Philip] finds his wife in there, and he goes, ‘God, I love this woman, I don’t want to lose her.’ Hopefully you see that. It’s quite intriguing talking to people that have seen it because everyone has such a different take on it. I think people find Philip quite hard to like, whereas I really like him.”

The season ends with the family taking a new portrait after the birth of Prince Edward. It’s a happy moment, but the argument a few minutes prior stays with the viewer. 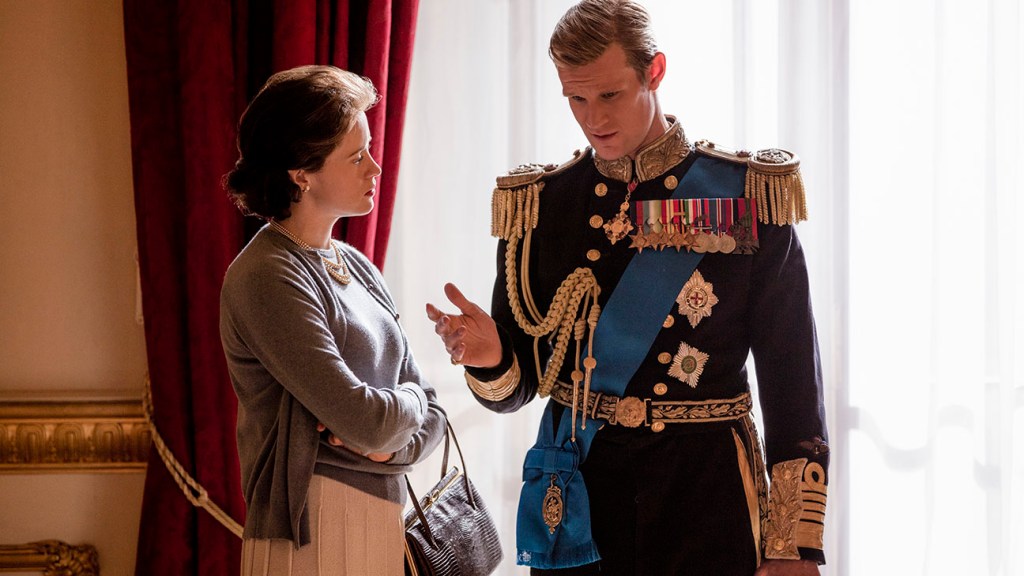 “It is quite hopeful somehow because despite [problems], they are this family that is really dysfunctional but they work [through it] and then bang, Philip sort of gets soft and you see why she loves him. You see that she loves that side of him despite herself. That’s what’s amazing about them. There are times when I suppose she wasn’t meant to love him but she does because she can’t help herself, because there’s something between them that is very truthful.”

Similarly discordant in season two is the relationship between Elizabeth and her younger sister, Princess Margaret (Vanessa Kirby). The two don’t share the screen as much as they did in season one, but the tension in their relationship is a major narrative thread.

“At the end of episode seven there’s that scene when Margaret’s asking for the final time, ‘Can I please marry Tony,’ and there’s a point where I said to [director Benjamin Caron], ‘Can I just play it where there’s some sort of peace found between them, there’s some kind of reconciliation?’ He was like, ‘You can, but I don’t that will work.’ I tried it, but actually it didn’t work because I think there’s so much history of resentment — in our version, anyway,” Kirby tells THR. “There’s so much unsaid and those wounds haven’t been healed that it was almost impossible to find the level of closeness that we’d had at the beginning of season one.”

At the end of episode 10, when Elizabeth visits Margaret at the home she and her new husband are building, there’s still a distance between the two of them.

“I don’t know if it will ever be the same, really, because I think what happened when her father died and Elizabeth couldn’t be there for her sister because she’s busy with this job, a leader of a nation as well as [caring for] her children and her husband and everything she has to battle with, as well as to grieve for her father, I think Margaret felt very, very alone,” she said. “In our story, it always felt like it was really hard to find a reconciliation. Until they sit down and talk about it, have a good cry and maybe [see] a therapist, I don’t know how they both recover from that.” 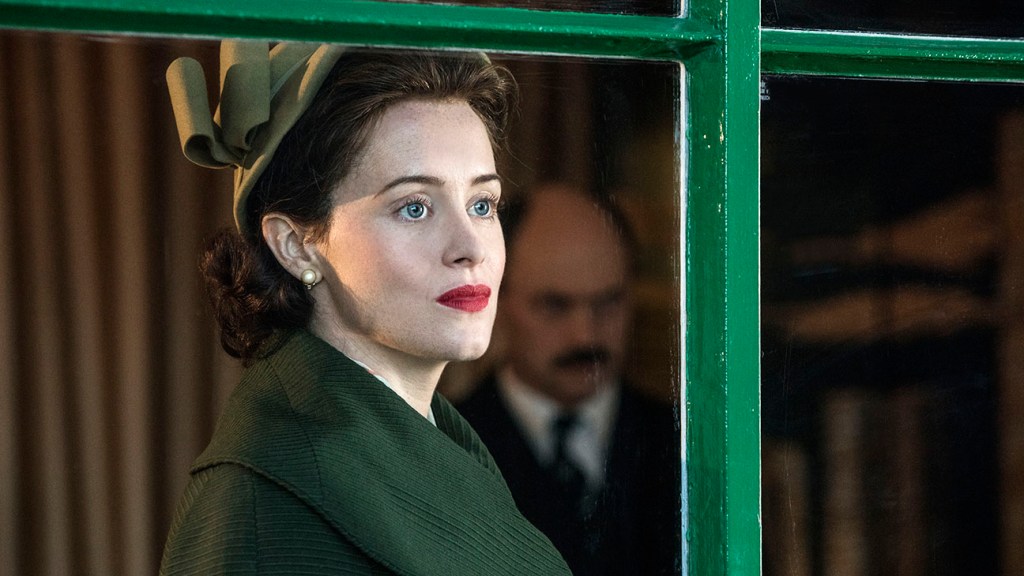 Neither Smith nor Kirby will be back to reprise their roles in the yet-to-be-announced, but highly likely, season three of the Netflix drama, as the characters are being recast to cover later years in the royal family’s lives, but Kirby said she’s jealous of whoever steps into Princess Margaret’s shoes next.

“I haven’t heard anything,” Kirby notes of the casting to come. “They’re in discussions with a few people. I don’t know if they have decided on one yet. I’m just so excited about whoever gets to do it because they’ve definitely got the coolest stuff coming up. Bring on the drama! I would have loved to have done it. I absolutely love to do all the blazing rows and getting drunk and just all of it. But I suppose I was lucky enough to have two seasons, so I could be more grateful, really.”

Smith, meanwhile, says he has heard who might take on his role of Philip, but he hasn’t actually spoken with the actor. “It’s not confirmed yet, but there’s a rumor going around among the important people who make those decisions about who it might be,” he says. “Who knows? These things are always a long way off.”