Drive-in premieres have become the pandemic norm, but Freeform and the Beverly Hilton have found a new way to elevate the screening experience while red carpets are on hold.

On Thursday, the hotel hosted a first-of-its-kind premiere for new series Cruel Summer, where guests were each given their own room for the night. Each room featured a balcony overlooking a 70-foot screen installed on the hotel ballroom roof to watch the show’s first two episodes, and concert-grade speakers for easy listening. Temperatures were taken upon arrival.

Cruel Summer, starring Olivia Holt, Chiara Aurelia and Froy Gutierrez, follows a single day in 1993, 1994 and 1995 to tell the mysterious story of a teen who goes missing and another who is accused of being connected to her disappearance. Jessica Biel is an executive producer on the show, which will also stream on Hulu the day after it airs on Freeform. 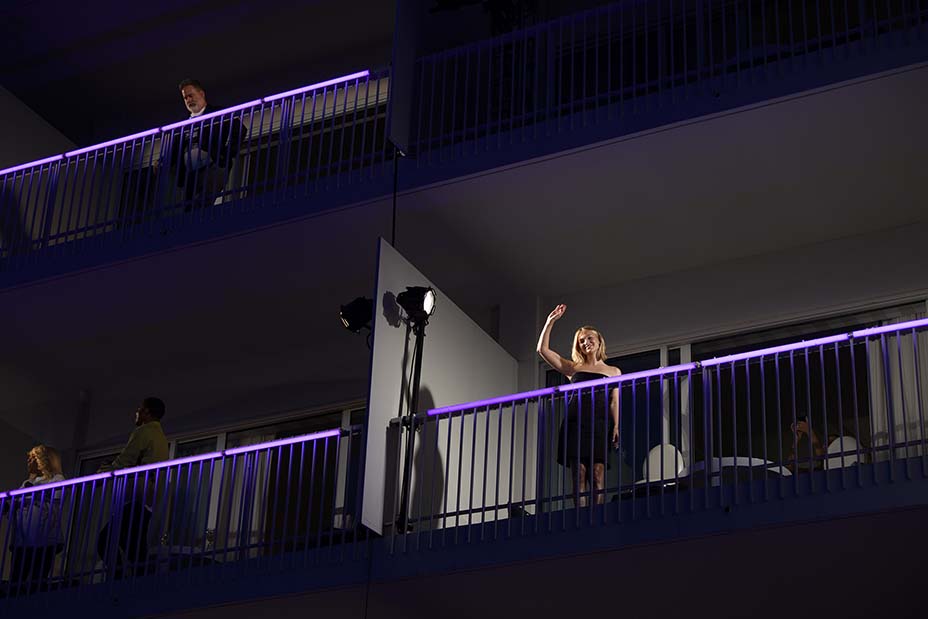 Freeform took over 80 suites for the event, and stocked each room with ’90s-inspired decor (referencing the mid-’90s-set show) including band posters, photo collages, teen magazines, lava lamps and scrunchies, along with a variety of classic candies and drinks (think Ring Pops and Capri Sun) and premium takes on of Hot Pockets and Whataburger delivered via room service. The show’s cast also each had their own rooms with professionally lit balconies so they could be seen for photos and the pre-screening introductions, and Biel appeared on video to give opening remarks. Guests were allowed to stay overnight, and as one person jokingly yelled when the credits rolled, “Party in my room after!”

Joe Ortiz, Freeform senior vp content marketing, tells THR that they wanted to “innovate in the same spirit” as the series to match its complex time-shifting narrative format. “Add the current COVID-19 safety requirements, and you have the perfect challenge to find new, big creative solutions,” Ortiz continues. “Yes, we could have created a great drive-in experience, but we wanted something more — something never done before.”

He says when it was all said and done, the event “exceeded our hopes,” and that there was a long waitlist to attend. “Our talent had a blast in their decked-out ’90s room, and we even got a perfect L.A. sunset as Garbage’s ‘Stupid Girl’ played in every room. It also didn’t hurt that our social amplification and engagement was enormous.” 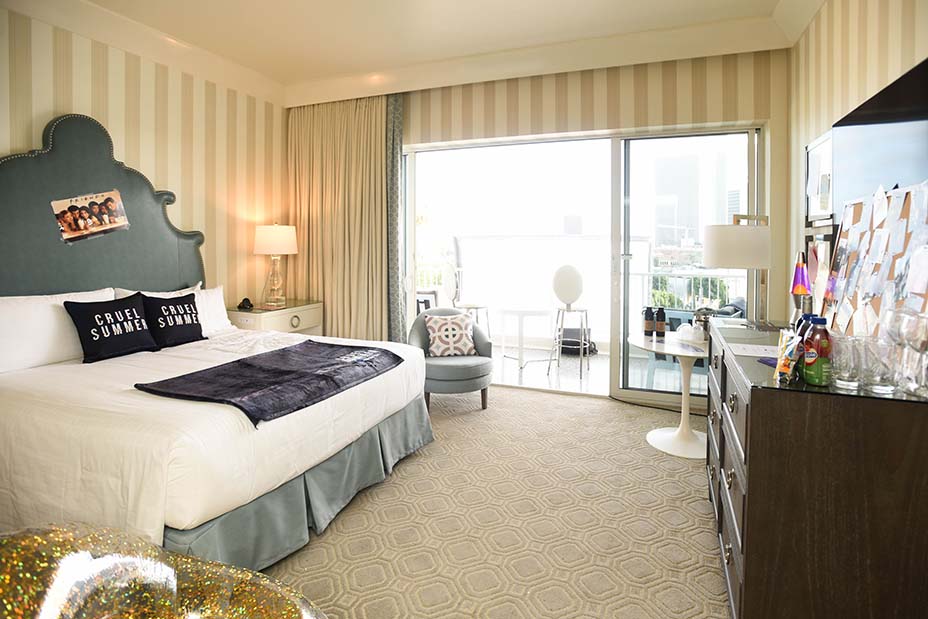 In addition to the premiere event, Freeform will also be launching a socially distant ’90s-themed roller rink at the Westfield Century City Mall Atrium on April 24 and 25 and throwing Instagram sweepstakes with partners like Dippin’ Dots, Steve Madden and Amoeba Music.

120 Dippin’ Dots locations across the nation will offer the first 50 fans a free serving of the limited edition “Cruel Summer Chill Thrill” flavor, accompanied by a branded scrunchie; at Amoeba Music’s new Hollywood location, the first 500 fans will receive a free $20 voucher to buy a ’90s vinyl or CD of their choice; and the first 10 fans at 20 Steve Madden stores across the nation will receive a free pair of ’90s black SLINKY platform slides.

Ortiz says the series is “a marketers’ dream” in that it boasts “a high-concept series, fantastic performances, a rich time period to dive into, and you get to collaborate with executive producers Jessica Biel, Michelle Purple and Tia Napolitano.”

“If the pandemic has taught us anything, is the need to dream and to escape. Growing up in the ’90s, it was a blast to revisit this moment in time. And as a music fan, that’s where I started — from The Smashing Pumpkins to The Cranberries to The Spice Girls and everything in between,” he says. “From there, all of the memories start to flood back — the phrases, the style, the hair. You forget how great the ’90s were for culture until you dive back into it.” 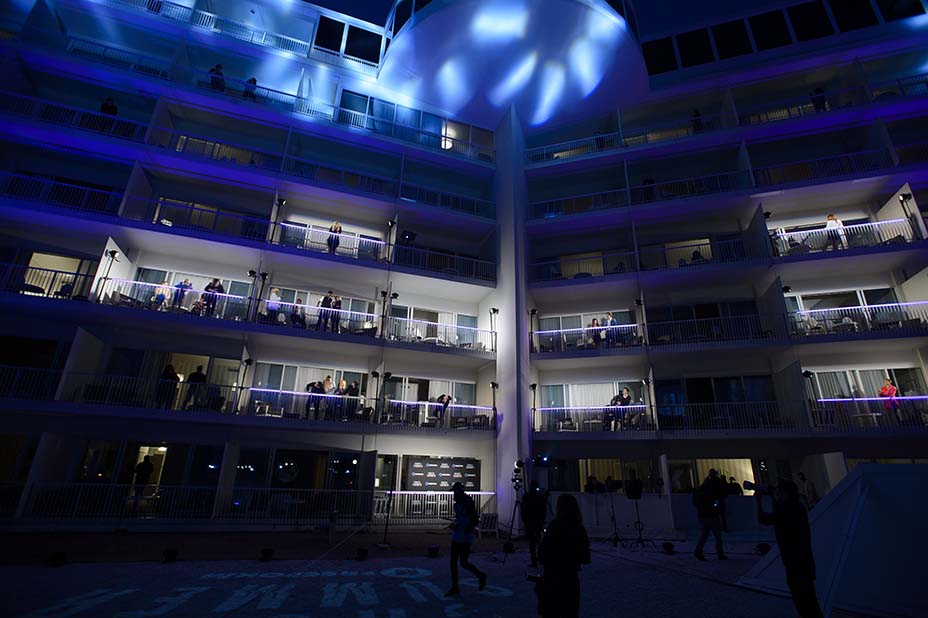