What can possibly said about The CW at this point? The network did the unprecedented this season, renewing its entire freshman class and all of its existing series (save those previously announced at last year’s upfront for a final run) in the weeks and months prior to its upfront.

Finding room for new projects is the only issue that network boss Mark Pedowitz will have. Expect most of what few new series get the tap to hold for midseason. And while linear ratings are down again, the network is increasingly more reliant on its lucrative, ad-supported streaming player.

If there is uncertainty, it’s likely about shifting episode order length and how the network plans to roll out the final seasons of Arrow and Supernatural. The latter, a TV dinosaur at this point after first airing on the long-dead WB Network in 2005, holds a particularly unique place in The CW ecosystem.

Any new orders will also prove quite telling about the network’s current appetite for DC Comics fare. Arrow’s impending end means that there’s probably room for at least one — see buzzy Batwoman pilot — in the new slate.

The network will make all of its scheduling choices formal at a May 16 event in at New York’s City Center.

Keep track of all the renewals, cancellations and new show orders with THR‘s scorecards for ABC, CBS, Fox and NBC and with all the latest pilot pickups and passes with our handy guide. For complete coverage, bookmark THR.com/upfronts. 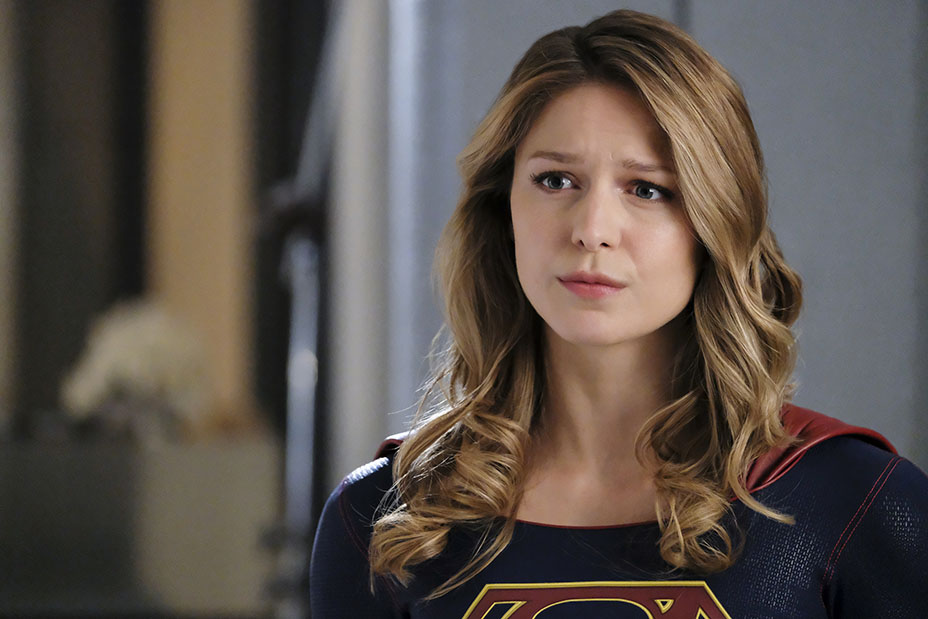 The 100  |  Showrunner Jason Rothenberg’s post-apocalyptic drama from Warner Bros. TV scored an early seventh season renewal a week before its sixth launched. Season seven will be its final run.

All American  |  From super-producer Greg Berlanti and Robbie Rogers, the fish-out-of-water drama starring Daniel Ezra and inspired by the life of former pro football player Spencer Paysinger earned only a three-episode backorder and wrapped its 16-episode season earlier this season. While the series counts fans at the network, including Pedowitz, its Netflix deal likely helped the Warner Bros. TV-produced drama co-starring Taye Diggs get over the second season goal line. Also helping the drama’s case is that its lackluster adults 18-49 ratings doubled after a week of delayed viewing.

Arrow  |  It’s the end of an era. The Stephen Amell starrer that kick-started The CW’s love affair with DC Comics-inspired dramas will sign off next season with an abbreviated 10-episode eighth and final season as the Arrow-verse will officially need a new namesake. The series will also be without female lead Emily Bett Rickards, who announced her departure in March.

Black Lightning  |  Like every returning CW series, Black Lightning‘s ratings declined in 2018-19. It performed solidly in delayed viewing, however, doubling its initial 18-49 rating (0.3 to 0.6) after a week. What’s more, the DC Comics drama starring Cress Williams exists outside of the Arrow-verse. While Black Lightning will return for a third season, showrunner Salim Akil is currently being sued over allegations of domestic violence, claims which he has denied. (Producers Warner Bros. TV did its own investigation into the showrunner and found nothing.)

Burden of Truth  |  Season two of the Canadian legal drama starring network favorite Kristin Kreuk (Smallville) airs in the summer, and the network has renewed it for a third run in 2020. The show fits into The CW’s continuing push for year-round originals with inexpensive acquisitions in the typically little-watched viewing period. The series airs on CBC in Canada a few months ahead of its U.S. premiere.

Charmed  |  The reboot of the former WB Network drama performed well out of the gate before slowing down, but is in line with the network average and is the second most-watched of the network’s first-year shows (behind Roswell, New Mexico). The Latinx-themed reboot is also undergoing some creative changes for its sophomore season. Faking It grad Carter Covington has exited, with Liz Kruger and Craig Shaprio (Necessary Roughness) taking over as showrunners and planning to lean harder into its supernatural storylines.

Dynasty  |  With Crazy Ex-Girlfriend ending, Dynasty will now take over as TV’s lowest-rated series on a broadcast network (excluding summer originals). Still, the CBS TV Studios drama from Josh Schwartz and Stephanie Savage (Gossip Girl) brings with it a lucrative Netflix licensing deal and international appeal given its name recognition, meaning its (many) casting changes and infinitesimal linear ratings are of little consequence. It will return for a third season.

The Flash  |  In its fifth season, the Grant Gustin-led DC Comics drama is down about 20 percent vs. last season in adults 18-49 (and slightly less in total viewers), but it remains The CW’s biggest show by a pretty wide margin. The Greg Berlanti-produced drama will be back for a sixth season with Eric Wallace taking over showrunning duties from Todd Helbing.

In the Dark  |  Early returns, both in terms of critical approval and Nielsen ratings, have not been promising for the CBS TV Studios-produced dramedy about a blind woman who is the only “witness” to the slaying of her drug-dealing boyfriend. Still, Pedowitz showed early confidence in the dramedy’s creative and renewed the series from writer Corinne Kingsbury and exec producer Ben Stiller for a second season.

Legacies  |  The third series in The Vampire Diaries franchise has lived up to its, well, legacy, pulling in ratings almost identical to since-wrapped The Originals last season. The Julie Plec-produced drama from Warner Bros. TV starring Matt Davis and Danielle Rose Russell will be back for a second season after scoring a victory following its atypical development process.

Legends of Tomorrow  |  The lighthearted fan-favorite DC Comics drama starring Brandon Routh and Caity Lotz will be back for a fifth season with showrunner Phil Klemmer at the helm.

The Outpost  |  The adventure drama starring Jessica Green, Jake Stormoen and Imogen Waterhouse has been renewed for a third season and will continue to air in the summer. Dean Devlin and Jonathan Glassner serve as showrunners on the Canadian import from Electric Entertainment, Arrowstorm Entertainment and Balkanic Media.

Riverdale  |  In a sign of his value, creator Roberto Aguirre-Sacasa inked a massive overall dealwith producers Warner Bros. TV as the Archie Comics chief creative officer’s teen drama remains The CW’s No. 2 series among adults 18-49. What’s more, Riverdale — as has long been the plan — is being turned into a larger franchise with spinoff Katy Keene also in contention for a series order at the network. Riverdale also remains a major performer on both The CW’s digital platforms and Netflix, the latter having helped goose linear ratings. The drama starring KJ Apa, Lili Reinhart, Camila Mendes and Cole Sprouse will return for a fourth season as Aguirre-Sacasa and EP Berlanti plot its future without late star Luke Perry.

Supergirl  |  The CW chose the veteran Melissa Benoist-led DC Comics drama to open up its first Sunday schedule in nearly a decade, and the Berlanti-produced series has held up nicely, ranking among the network’s top three shows in both adults 18-49 and viewers. It will be back for a fifth season with showrunners Robert Rovner and Jessica Queller.

Supernatural  |  Speaking of eras ending, the network’s longest-running series — which predates The CW itself — will wrap its impressive run with its 15th and final season. Still, the genre drama starring Jared Padalecki, Jensen Ackles and Misha Collins that has been used all over the schedule to launch more new series than can be counted will have 20 episodes to say a proper farewell.

What's Next for The CW After the End of 'Jane the Virgin,' 'Crazy Ex-Girlfriend,' 'Supernatural,' 'Arrow'? 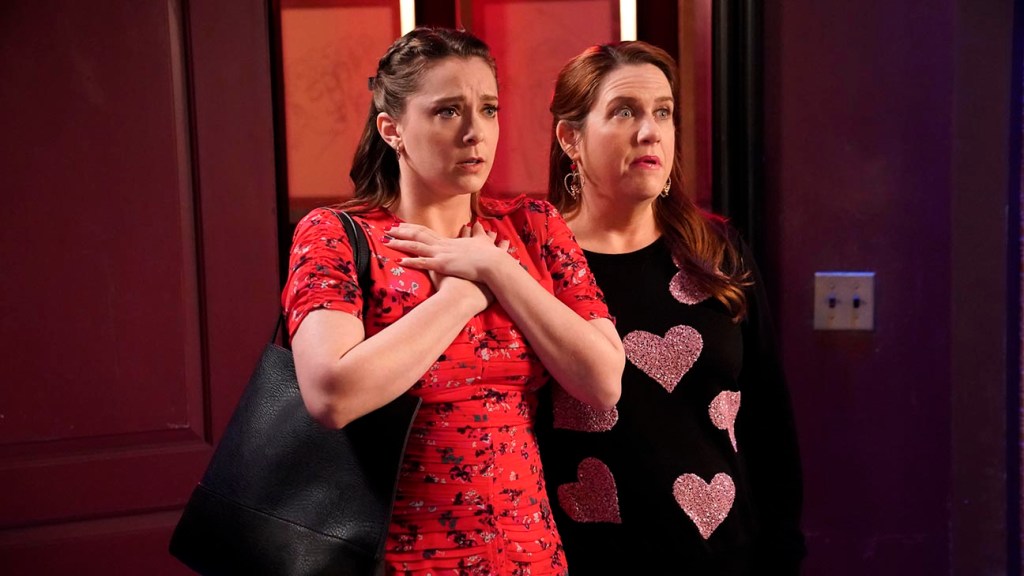 iZombie  |  The Rob Thomas-produced DC Comics drama will wrap its run with a fifth and final season that will serve as a bridge into summer originals when it debuts May 2.

Jane the Virgin  |  The Gina Rodriguez dramedy critical darling began its fifth and final season March 27; a spinoff — with breakout Rodriguez returning as the narrator — remains in the mix for next season as The CW looks to keep its hand in the awards conversation.

Batwoman  |  Ruby Rose will make TV history as the Greg Berlanti-produced DC Comics show is the first live-action scripted drama series with a lesbian superhero (played by an out actress). The Orange Is the New Black grad stars as Kate Kane, the superhero who roams the streets of Gotham as Batwoman and must overcome her own demons before embracing the call to become the city’s symbol of hope. The Vampire Diaries grad Caroline Dries serves as showrunner on the Warner Bros. TV-produced series that counts Geoff Johns among its exec producers. Dougray Scott, Elizabeth Anweis, Meagan Tandy, Camrus Johnson, Nicole Kang and Rachel Skarsten round out the cast.

Fall TV 2019: First Look Photos From All the New Broadcast Dramas and Comedies

The CW’s veteran unscripted shows return en masse in summer 2019: Whose Line Is It Anyway? will have its seventh season on the network, and Masters of Illusion and Penn & Teller: Fool Us each enter their sixth. The network has also added four new unscripted shows for summer — talent showcase The Big Stage, game show Hypnotize Me, hosted by Taye Diggs, and docuseries Mysteries Decoded and Red Bull Peaking. There’s no decision on any of them beyond that; unscripted shows run on a different schedule than that of scripted series, so all renewals may not be decided until after the upfronts.

Keep up with the latest broadcast on this season’s pilot crop with The Hollywood Reporter‘s annual guide. And bookmark THR‘s big-picture broadcast scorecard here.