No network on TV seems to know its lane better than The CW. And while that lane may not be the widest or busiest, ranking a distant No. 5 among the English-language broadcasters with little expectation to climb much higher, the youth-skewing network has carved out a distinct brand of genre fare, critical-favored comedies and digitally consumed soaps.

The CW famously has few holes to fill. Network president Mark Pedowitz is more than generous with his renewals, but the coming season will see him add a Sunday block in October — freeing up space for even more new shows as it moves more and more toward year-round programming.

Comic-book fare remains the bread and butter, The Flash ranking No. 1 among all series. An overwhelming crossover event between its many sister series is now a marquee event of the network’s fall. Black Lightning was a bold and fruitful addition to that universe in midseason, proving that the saturation point has yet to be reached. Elsewhere, Crazy Ex-Girlfriend and Jane the Virgin are beloved, if modest, performers that give the network more industry cred than it probably ever anticipated. (The 2018-19 season is expected to be the swan song for both.)

What eludes The CW is heirs to Jane and Crazy-Ex — ideally ones that draw more live viewers to the network, which averaged a 0.6 rating among adults 18-49 and 1.7 million viewers in primetime during the 2017-18 season. This season’s newcomer Life Sentence has been a failure. Same goes for off-brand Valor. A reboot of Dynasty earned dismal linear returns, but the digital lift is said to have been significant (as is its Netflix SVOD deal).

The role alternative platforms play in The CW’s decision-making can’t be understated. Look no further than Riverdale for evidence of that. Its streaming lifts ensured a sophomore season, one that saw linear growth thanks to wild popularity on Netflix. Unusual of a model for success as that is, it may be The CW’s moving forward.

THR will update this post with all the latest series orders, renewals and cancellations as The CW’s 2018-19 schedule takes focus ahead of its May 17 upfront presentation to Madison Avenue ad buyers. Keep track of all the renewals, cancellations and new show orders with THR’s scorecards for ABC, CBS, Fox, NBC and The CW and with all the latest pilot pickups and passes with our handy guide. For complete coverage, bookmark THR.com/upfronts. 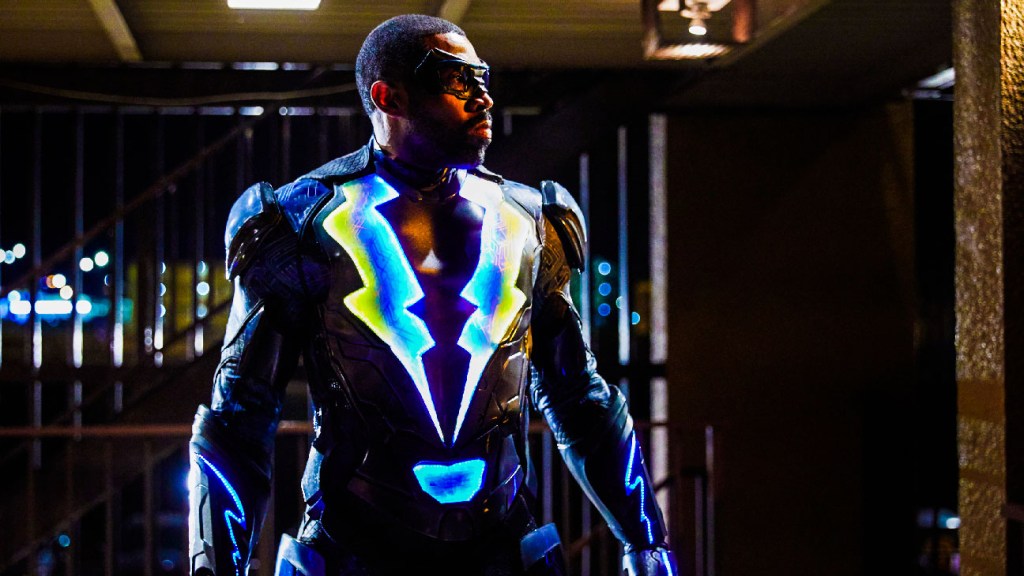 Arrow  | After saying farewell to a pair of original series regulars, the Stephen Amell-led DC Comics drama from Greg Berlanti will return for a seventh season — with a new showrunner.

Crazy Ex-Girlfriend  | Never a ratings breakout but always a critical (and awards season) favorite, the dramedy starring Rachel Bloom and from showrunner Aline Brosh McKenna will officially end with a fourth season.

The Flash  | The DC Comics-based speedster drama starring Grant Gustin and exec produced by Berlanti will be back for a fifth season as it continues to rank as the younger-skewing network’s most-watched series.

Jane the Virgin  | In the same category as Crazy Ex-Girlfriend, the Gina Rodriguez-led telenovela from showrunner Jennie Snyder Urman will officially wrap its run with season five.

Legends of Tomorrow  | The Arrow-verse spinoff starring Brandon Routh and Caity Lotz will return for a fourth season, also with a new showrunner.

Riverdale  | The Archie Comics-inspired drama from Roberto Aguirre-Sacasa and Berlanti will be back for a third season after a Netflix SVOD deal helped grow its sophomore returns. K.J. Apa, Camila Mendes, Lili Reinhart and Cole Sprouse star. A Sabrina-themed offshoot is also set at Netflix.

Supergirl  | The Melissa Benoist-led DC Comics drama is coming back for a fourth season as The CW keeps its Arrow-verse firmly intact.

Supernatural  | The network’s longest-running drama is coming back for its 14th season as the drama starring Jensen Ackles, Jared Padalecki and Misha Collins remains a fan favorite. A female-led spinoff, Wayward Sisters, aired earlier this season and remains in contention for a series pickup.

Black Lightning  | The fellow DC Comics drama — which exists outside the Arrow-verse, will be back for a second season. Cress Williams stars in the series from Salim Akil, Mara Brock Akil and Berlanti.

Dynasty  | The reboot, from Gossip Girl duo Josh Schwartz and Stephanie Savage, will be back for a second season thanks in part to strong digital returns and a lucrative SVOD deal at Netflix. Grant Show, Nathalie Kelley and Elizabeth Gillies star in the CBS TV Studios drama.

The 100  | Jason Rothenberg’s post-apocalyptic drama from Warner Bros. TV still retains a solid base of viewers after bringing the “Bury Your Gays” trope mainstream. Eliza Taylor and Paige Turco star in the drama, which will return for its sixth season.

iZombie  | The Rob Thomas-produced drama, inspired by DC Comics’ Vertigo title, stars Rose McIver and is from CBS Television Studios. The series returned in February and has been renewed for a fifth and final season thanks in part to The CW’s expansion to Sundays in the fall.

Charmed  | The reboot is described as a fierce, funny and feminist take on the original series and centers on three sisters (Melonie Diaz, Sarah Jeffery and Madeleine Mantock) in a college town who discover they are witches. Between vanquishing supernatural demons, tearing down the patriarchy, and maintaining familial bonds, a witch’s work is never done. The drama hails from the CBS Television Studios-based team behind Jane the Virgin Jessica O’Toole, Amy Rardin and Jennie Urman.

In the Dark | The second pilot-to-series pickup for writer Corinne Kingsbury (who also had CBS order comedy Fam to series), the drama revolves around a flawed and irreverent blind woman who is the only “witness” to the slaying of her drug-dealing friend. After the police dismiss her story, she sets out with her dog, Pretzel, to find the killer while also managing her colorful dating life and the job she hates at Breaking Blind — the guide dog school owned by her overprotective parents. Ben Stiller exec produces the CBS Television Studios series. Perry Mattfield, Brooke Markham, Keston John and Austin Nichols star.

Roswell, New Mexico  | Based on Melinda Metz’s book Roswell High that inspired the original Jason Katims series, the new take follows the daughter of undocumented immigrants who returns home to Roswell, New Mexico, to discover a shocking truth about her police officer crush: he’s an alien who has kept his abilities a secret his entire life. She protects his secret as the two reconnect and begin to investigate his origins, but when a violent attack and long-standing government cover-up point to a greater alien presence on Earth, the politics of fear and hatred threaten to expose him and destroy their deepening romance. From writer Carina Adly MacKenzie, who reteams with The Originals‘ Julie Plec on the Warner Bros. TV drama, Jeanine Mason (Grey’s Anatomy), Nathan Parsons, Tyler Blackburn and Michael Trevino star.

All American  | From exec producer Greg Berlanti and writer April Blair, the drama revolves around a high school football player (Daniel Ezra) from South Central L.A. who is recruited to play for Beverly Hills High and the wins, losses and struggles of two families from different worlds. Based on the life of pro football player Spencer Paysinger, the series has been described as Friday Night Lights meets Straight Outta Compton. Taye Digsco-stars in the Warner Bros. TV drama.

The Originals spinoff, which is called Legacies  | Matt Davis — who started with The Vampire Diaries — will star alongside Danielle Rose Russell in the drama about a teenage Hope that is set in Mystic Falls at the Salvatore Boarding School for the Young and Gifted. The drama, which did not produce a typical pilot, hails from Julie Plec and co-writer Brett Matthews. The order keeps the franchise going at The CW, which this season is saying farewell to The Originals (after five seasons)and last year parted ways with The Vampire Diaries (after eight seasons). 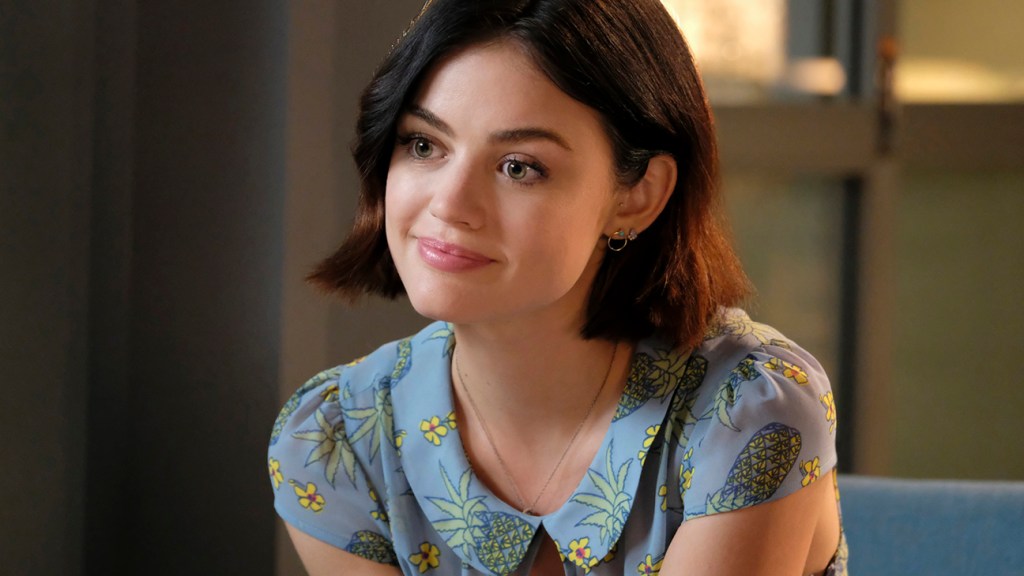 The Originals  | The Vampire Diaries spinoff will wrap its run this year after five seasons, though the franchise will continue on as The CW is mulling another spinoff from showrunner Julie Plec.

Life Sentence  | Despite a proven star in Pretty Little Liars grad Lucy Hale, the rookie drama from Warner Bros. Television and Bill Lawrence was bounced off the schedule and later moved to Fridays after mustering a 0.1 among adults 18-49. Star Hale confirmed the cancellation in a heartfelt tweet.

Valor  | The Matt Barr- and Christina Ochoa-led military drama — a passion project for The CW president Pedowitz — has been honorably discharged at the network after completing its initial 13-episode order run. For his part, Barr was rewarded for his service with the lead-in The CW pilot Skinny Dip.