The CW’s DC Comics crossover is coming into closer focus.

The annual event started in 2014 when Arrow and The Flash joined forces for the first crossover. Since then, the annual team-up between Arrow, The Flash, Supergirl and Legends of Tomorrow (and sometimes even CW Seed’s Freedom Fighters: The Ray) has hosted weddings and traveled to outer space.

This year’s crossover will introduce Ruby Rose as iconic comic character Batwoman — the first leading lesbian superhero. As production on The CW’s super dramas continues, more details are coming into focus about the highly anticipated crossover. Here, The Hollywood Reporter rounds up all the details (so far) about this year’s DC TV crossover.

When will it air?

This year’s annual crossover is taking place over three consecutive nights. Airing in early December, the three-episode event begins with an episode of The Flash on Sunday, Dec. 9, at 8 p.m., continuing with Arrow on Monday, Dec. 10, at 8 p.m. and concluding with Supergirl on Tuesday, Dec. 11, at 8 p.m., with The Flash and Supergirl swapping nights for one time only. There is no explanation yet as to why the two series are swapping nights for the crossover. And it’s interesting to note that The Flash‘s milestone 100th episode will not be a part of this year’s crossover (unlike Arrow’s two years ago). The Flash‘s 100th episode will air right before the crossover, which was a decision made for creative purposes.

Which shows will be included?

For the first time since the crossovers were created, not all of the Arrow-verse series will be participating. Legends of Tomorrow is sitting this one out for two reasons. The sheer amount of characters on all the DC TV series coupled with introducing a potential new series (with Batwoman) means not all the characters would get their due, and Legends has become so different tonally that it doesn’t fit as well with the rest of the shows. But what does it mean for future crossover events?

“I don’t know,” Legends of Tomorrow executive producer Phil Klemmer admitted to THR. “People are already talking about crossover 2019. We’re on standby. I don’t know how that will work. There’s already a loose shape for it even though this year’s crossover isn’t done by a long shot, so I don’t know. I was happy to have sit this year out just because we only have 16 and our run of episodes was so tight and integrated. It’s always a blast but it a departure. I’m glad we got to do a straight run this year.”

He added with a laugh, “It didn’t stop us from pitching all kinds of versions of our own crossover. We did have fear of missing out because we were trying to call Supernatural and be like, ‘Hey do you want to be on a crossover with us?’ Everyone else was going to the party and that means we’d be happy to go to the party next year.”

And since Black Lightning is not officially in the Arrow-verse, those characters will also not be appearing. This year’s crossover will only feature characters from Arrow, The Flash and Supergirl along with one very important new character who has yet to be introduced, in only three episodes instead of four.

Which new superhero will debut?

One of the traditions of the crossover event is introducing a potential new Arrow-verse series like The Flash, Legends of Tomorrow and Freedom Fighters: The Ray, and this year is no different. The main driving force behind this year’s event is Batwoman, aka Kate Kane’s test run, played by Ruby Rose. The CW is teaming with the creator of the Arrow-verse Greg Berlanti for a potential Batwoman series, but not before the iconic comic book character makes her first ever live-action debut in the crossover. The potential new series revolves around Kate Kane, who, armed with a passion for social justice and flair for speaking her mind, soars onto the streets of Gotham as Batwoman, an out lesbian and highly trained street fighter primed to snuff out the failing city’s criminal resurgence.

But don’t call her a hero yet — in a city desperate for a savior, Kate must overcome her own demons before embracing the call to be Gotham’s symbol of hope. There’s no word yet on how Kate will join the Arrow-verse or which Earth she’ll be from, but seeing as how Earth-1’s Oliver Queen (Stephen Amell) has already name-dropped Bruce Wayne on Arrow, Gotham’s caped crusaders are already woven into the fabric of this shared universe. Expect to see a little bit of the Arrow-verse’s version of Gotham city as well. 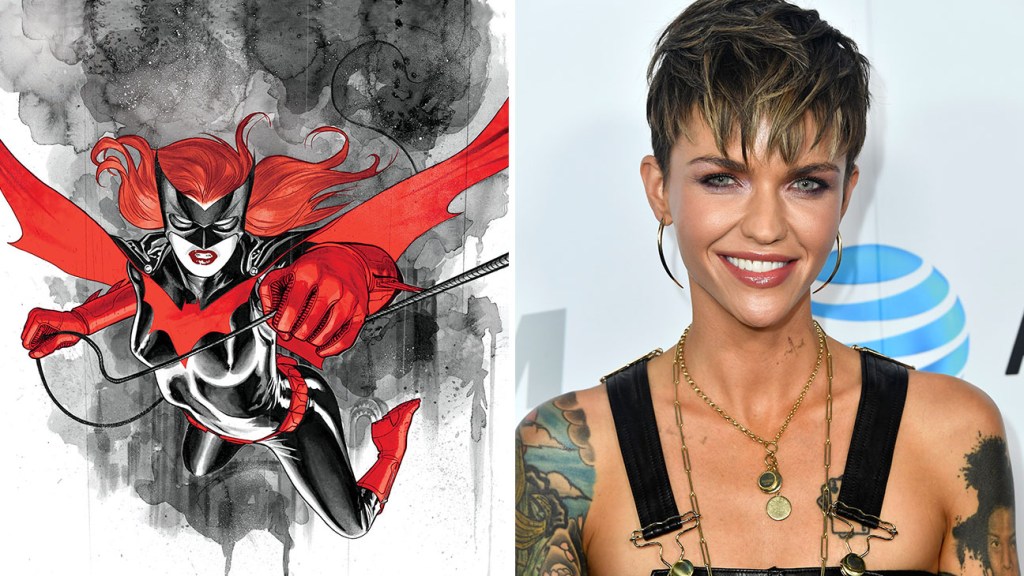 The title of the crossover is “Elseworlds,” which is the DC Comics imprint that includes stories that are considered to be outside of the overall DC continuity. The first Elseworlds comic is Gotham by Gaslight, a Victorian era set Batman story, but there’s no word yet on which Elseworlds story (or multiple stories) will be featured in the crossover. The event is being promoted with the tagline, “Chaos is coming.”

Who is the villain?

With one piece of casting news, some light has finally been shed on the catalyst for this year’s Arrow-verse crossover. Lost alum Jeremy Davies has been cast as Dr. John Deegan in the crossover, who interestingly enough has no DC Comics counterpart. Davies will have free reign in creating an all-new villain for the huge crossover event. According to a press release, Dr. John Deegan “is a doctor at Arkham Asylum for the Criminally Insane in Gotham City, but he might just be crazier than the inmates he treats. His machinations will draw Green Arrow, The Flash and Supergirl to Gotham City.” So that’s how all the heroes end up in Gotham City, aka Batwoman’s domain, as Deegan’s actions will be so far-reaching that one or maybe even three superheroes will have to travel to a different universe, as there is still no word yet on in which universe this Gotham City resides. 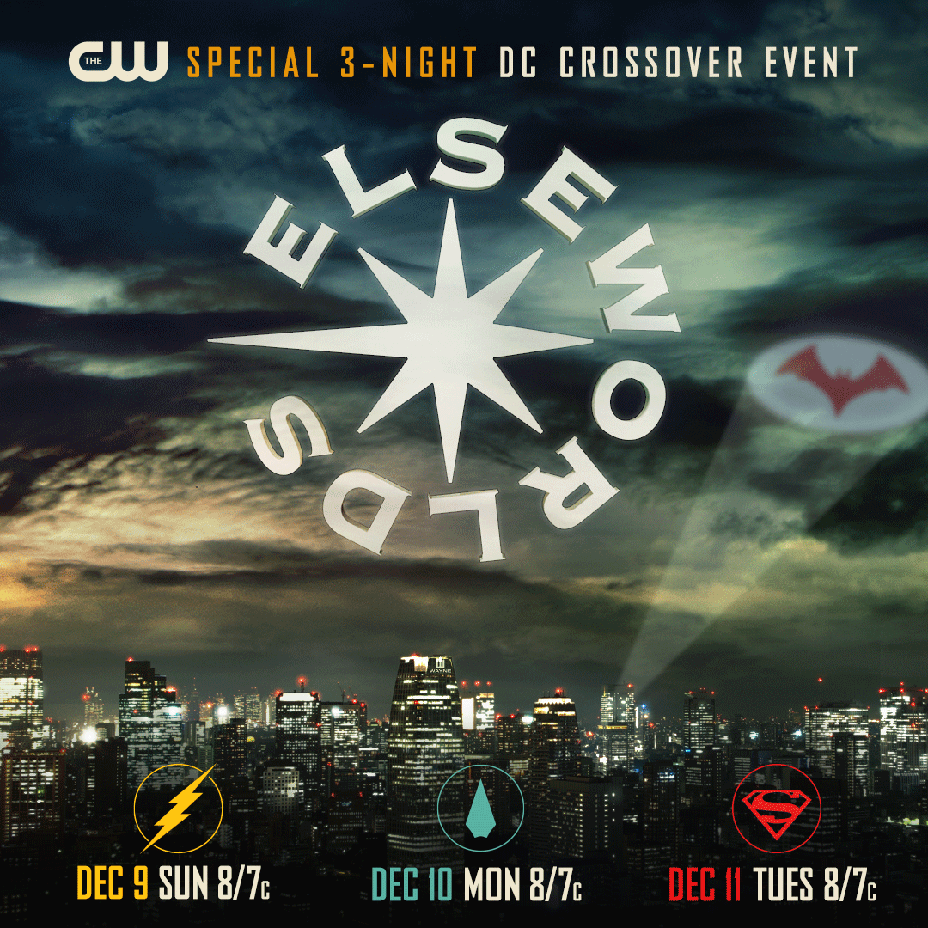 Who else is showing up?

As if Batwoman’s first ever live-action appearance wasn’t enough, this year’s crossover is really making a splash with the return of one iconic character and the introduction of another. Tyler Hoechlin will reprise his role as Superman, with producers also also casting Elizabeth “Bitsie” Tulloch (Grimm) in the role of “dogged, determined and brave reporter” Lois Lane for all three episodes. Superman was last seen in Supergirl‘s season two finale and Lois has only ever been name-checked, so finally seeing this super couple together in action in the Arrow-verse is going to be a milestone moment. Plus, just think of the incredible opportunities this presents: a meeting of the minds between fellow journalists Lois, Kara (Melissa Benoist) and Iris (Candice Patton), a race between the Flash (Grant Gustin), Supergirl and Superman … the options are endless and exciting.

Additionally, Amell’s wife, actress Cassandra Jean Amell, will appear in the crossover as Nora Fries, Mr. Freeze’s wife. (Mr. Freeze, who has not yet been featured in the Arrow-verse, will not appear.) LaMonica Garrett (Designated Survivor) will also appear in the crossover as DC Comics character Mar Novu, aka the Monitor, an extraterrestrial being of infinite power. 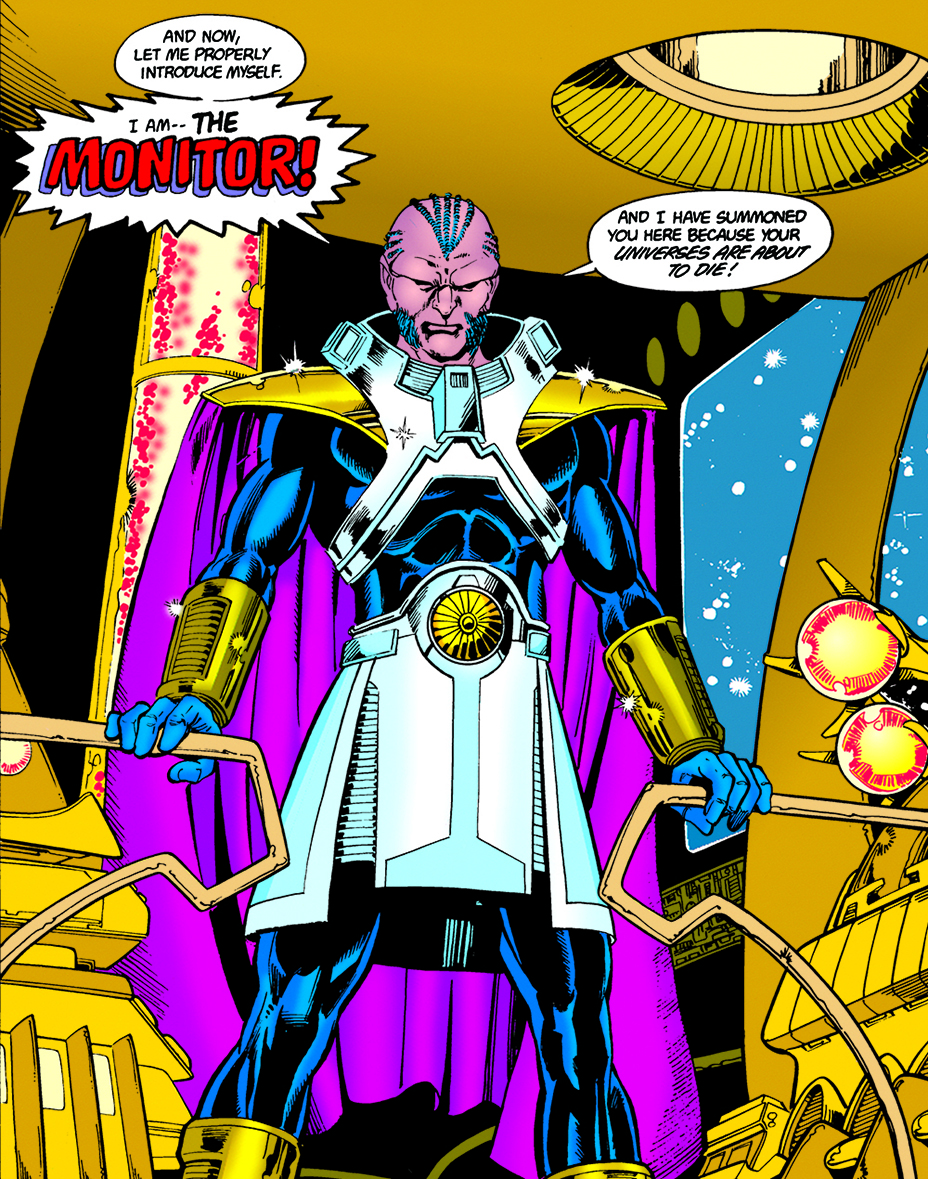 The CW Finds Its Lois Lane in 'Grimm' Star

Bookmark this page as THR updates it with more information about the December crossover as it’s revealed.