Most commanders-in-chief open a presidential library when their term is over, but The Daily Show decided that the 45th president needed his communication memorialized much sooner than that.

“We do not know when the term will end — it could be next week, it could be never — so we decided to do it now,” said Daily Show host Trevor Noah said to the press at a preview of the Donald J. Trump Presidential Twitter Library, a pop-up gallery around the corner from Trump Tower at 3 W. 57th St. The space will be open through Sunday. 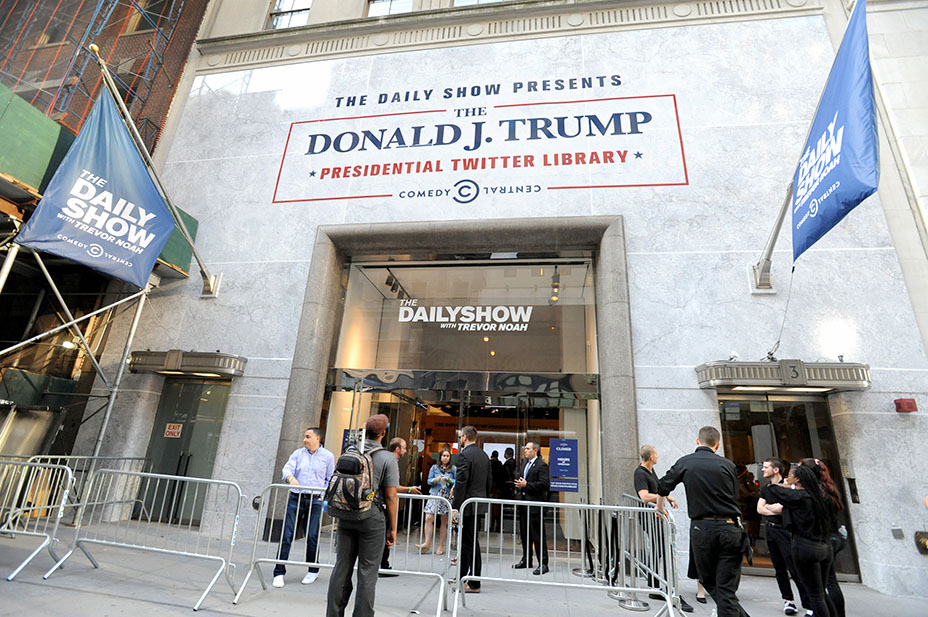 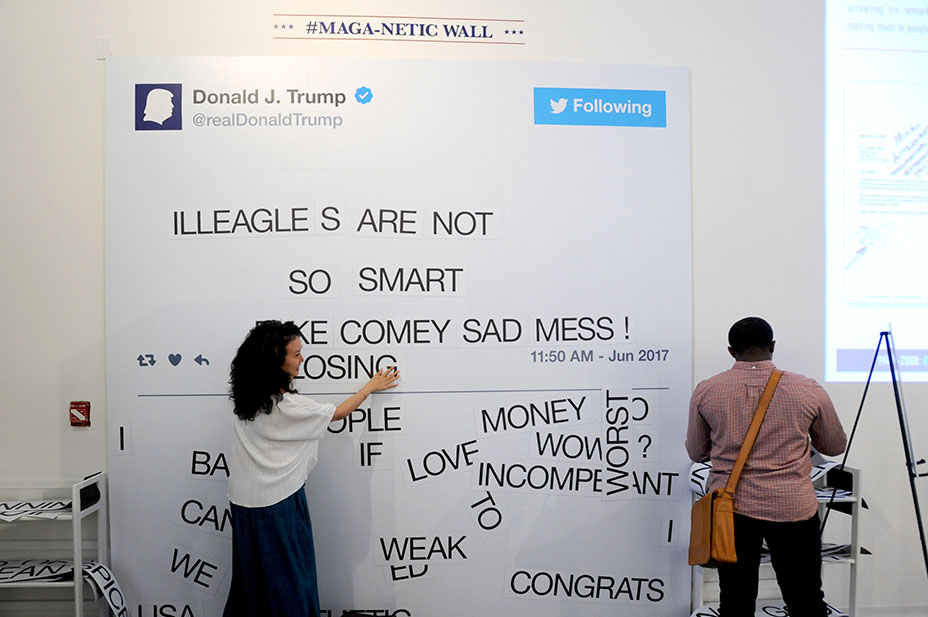 “Say what you want about Donald Trump. He may not be good at presidenting or reading or geo-politics, but he is a damn fine Twitterer, probably the best that ever lived,” said Noah. “And we thought at The Daily Show, we would take a moment to honor the President of the United States and, really, the King of Twitter.”

The library breaks down the commander-in-chief’s 140-character messages into sections, from “Trump vs. Trump” in which he tweets different opinions on the same topic, to “Holiday Cheer,” which features well wishes, to “haters and losers” to “Trumpstradamus,” in which his predictions are weighed against what actually happened (Is Mexico really paying for a wall?).

'The Daily Show' to Open Pop-Up Library of Trump Tweets

“How do you contextualize everything that’s underneath the orange lining that’s actually significant and that’s going to affect people’s lives?” said Daily Show correspondent Hasan Minhaj, adding, “Truth is stranger than fiction now. All we’re doing is framing the truth and categorizing it.”

The centerpiece of the exhibit is a golden toilet where visitors can sit and take the position of “commander-in-tweet” and send out a message responding to a crisis.

At a reception following the preview, Daily Show correspondent Roy Wood Jr. sat on the golden throne outfitted in a Trump-like wig and smoking jacket. Poking fun at the president’s small hands, miniature meatball subs and pizzas in true-to-size packaging were served, as well as a large acrylic case filled with money, which took two waiters to carry, to serve caramel cones for dessert. 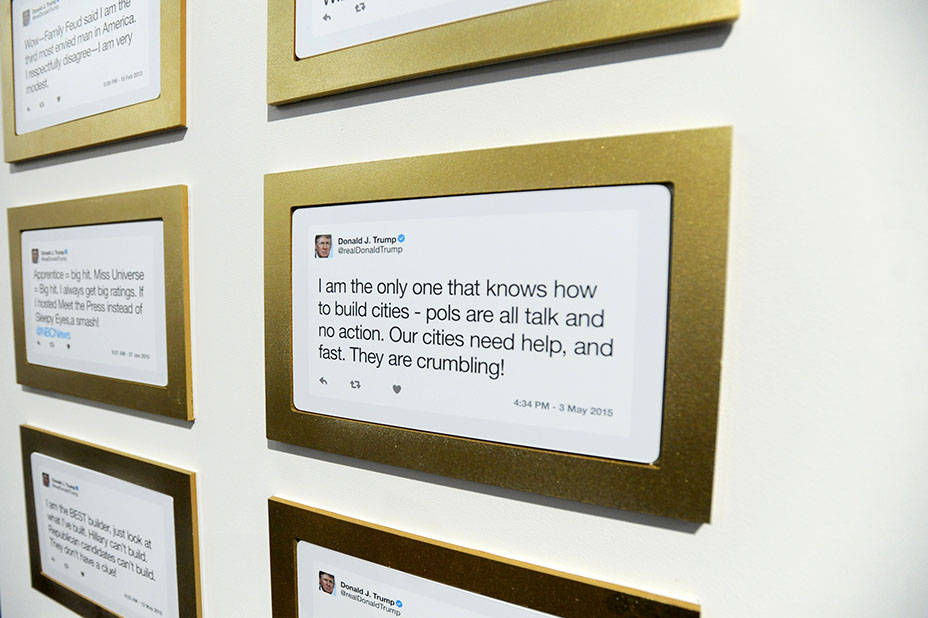 While the alarm attached to the president’s Twitter feed on the wall did not sound during the event (It goes “bing bing bong bong” when he sends a new tweet), there were plenty of 140-character messages to enjoy and even a few — like “covfefe” — in golden frames.

“We are living in history, people,” said Noah. “This is the beginning … and possibly the end.” 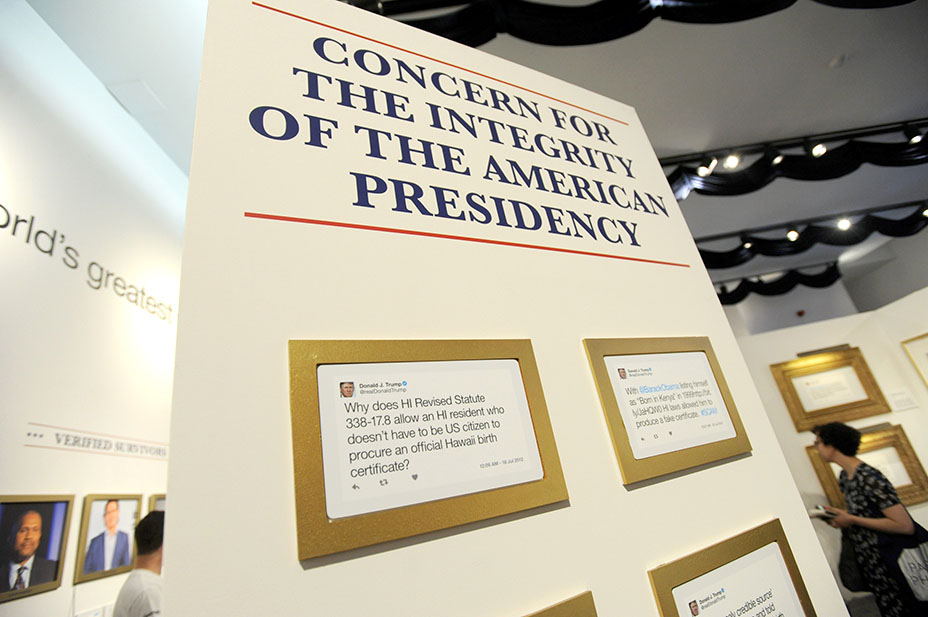