Have you ever wondered why Richard Simmons disappeared from the public eye?

Writer, director and podcaster Dan Taberski, who previously served as a producer on The Daily Show With Jon Stewart, aims to uncover the mystery behind the fitness mogul in his upcoming podcast, Missing Richard Simmons.

Debuting Feb. 15, Taberski’s weekly podcast examines what happened to the man who built an empire on his raunchy sense of humor, short shorts and sweating to the Oldies.

Simmons withdrew from the spotlight in 2014, after 40 years of teaching exercises classes at his Slimmons studio in Beverly Hills, and essentially vanished after decades of being one of the most accessible public figures in the world. Since his disappearance, hardly anyone has heard from the longtime fitness guru.

“At first I didn’t realize he had disappeared from everybody, I thought he had just disappeared from me,” Taberski told The Hollywood Reporter. “It turned out to be a much bigger mystery than I thought it was and so I embarked on this process to try and find him.”

Taberski was a regular visitor to Slimmons and a personal friend of Simmons himself. Missing Richard Simmons is Taberski’s personal search for the now-elusive exercise mogul, taking him across the country to talk to other Slimmons devotees, fans as well as former friends and family members of Simmons. The podcast examines who Simmons really is, where he went and whether he will emerge again to speak with his longtime fan, Taberski. 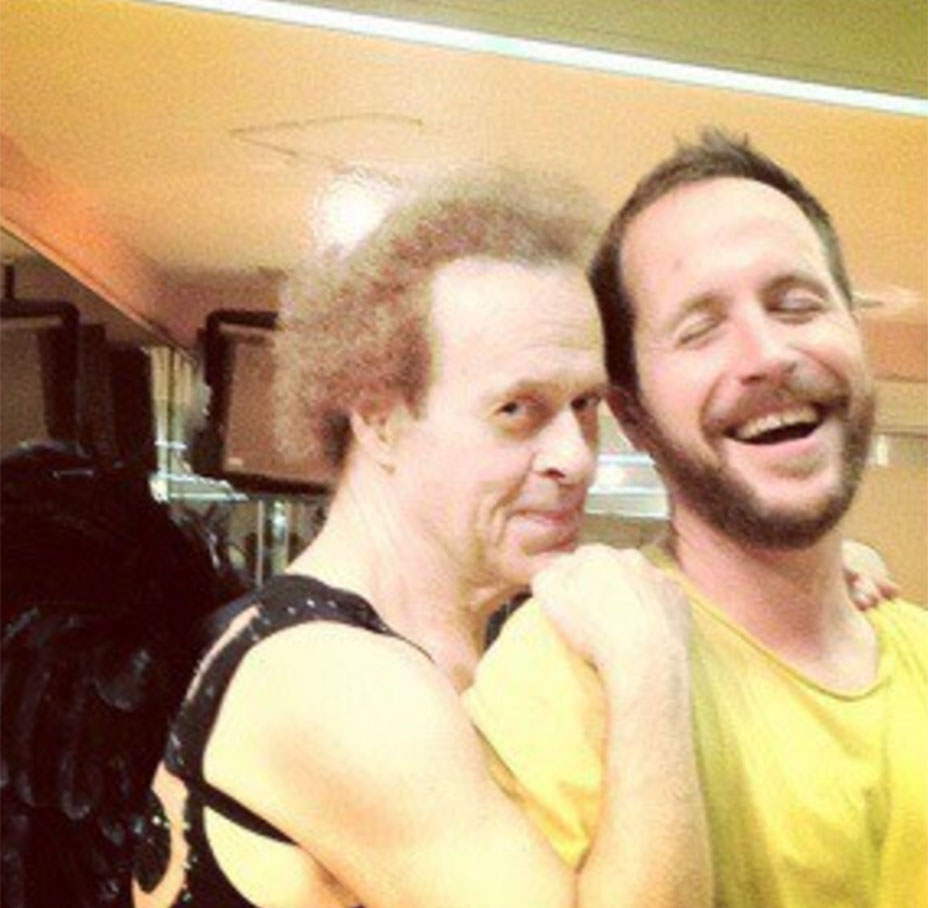 “I first walked into Slimmons to witness the spectacle of it all, and man it did not disappoint,” said Taberski. “He was hysterical, passionate, raunchy and bedazzled. Richard built really intense relationships with thousands of people, and he ghosted them all. I think he’s a superhero — and, as it turns out, a really complicated one.”

The podcast is produced by First Look Media, which helped finance last year’s best picture Oscar-winner Spotlight and will be available for free streaming via launch partner Stitcher, as well as iTunes, Google Play and Spotify. Fans who subscribe and listen through Stitcher Premium can hear episodes ad-free and will receive episodes 2 to 6 one week early.

“I’ve talked to well over 100 people, I recorded interviews with dozens and dozens,” Taberski said of his search. “It’s been everybody from all the people from his class at Slimmons, close friends. We went to New Orleans to try and track down his brother who is his only living family. It’s really been far and wide. It’s even been more intrepid ways like trying to knock on [Simmons’] door.”

While the search is ongoing, Taberski is committed to tracking down the evasive Simmons. “I don’t think I’m going to drag him back, but I would like to know why he ended it this way.”

If he manages to track down Simmons, Taberski knows what he would ask first: “Are you OK? Where have you been?”