McGregor, an MMA star who has no pro boxing experience, is an underdog. But the odds in Las Vegas are tightening, and analysts also are predicting that the fight could surpass the record-setting 4.6 million pay-per-view buys brought in by Mayweather’s much-hyped 2015 fight with Manny Pacquiao. The timing of the spectacle couldn’t be better for UFC owners WME-IMG (which bought the MMA organization in 2016 from Lorenzo and Frank Fertitta III for $4 billion), which is in the midst of negotiating new TV rights deals for UFC and banking on a hefty premium over the $115 million that Fox Sports annually pays for UFC programming. In a conversation, White, who helped to build the organization into a multibillion-dollar brand, says the UFC is “sniffing around” to expand into boxing and claims he’s leaving rights negotiations to WME’s co-CEO: “I feel confident that a highly motivated Ari Emanuel will get us a great TV rights deal.”

A lot of people don’t think Conor can win. What do you think?

That’s madness. When two people start throwing punches, anything is possible. Floyd will be 41 this year; Conor is 28. If there’s ever been a kink in [Mayweather’s] armor, it’s with southpaws. Conor is a southpaw, and he hits like a truck. If he hits Mayweather, he will hurt him. And if he hurts him, he will finish him.

Obviously that would be really great for the UFC.

If Mayweather came into the UFC, he wouldn’t last 30 seconds. Conor will fight anybody, anywhere, anytime. I stopped doubting Conor a long time ago. 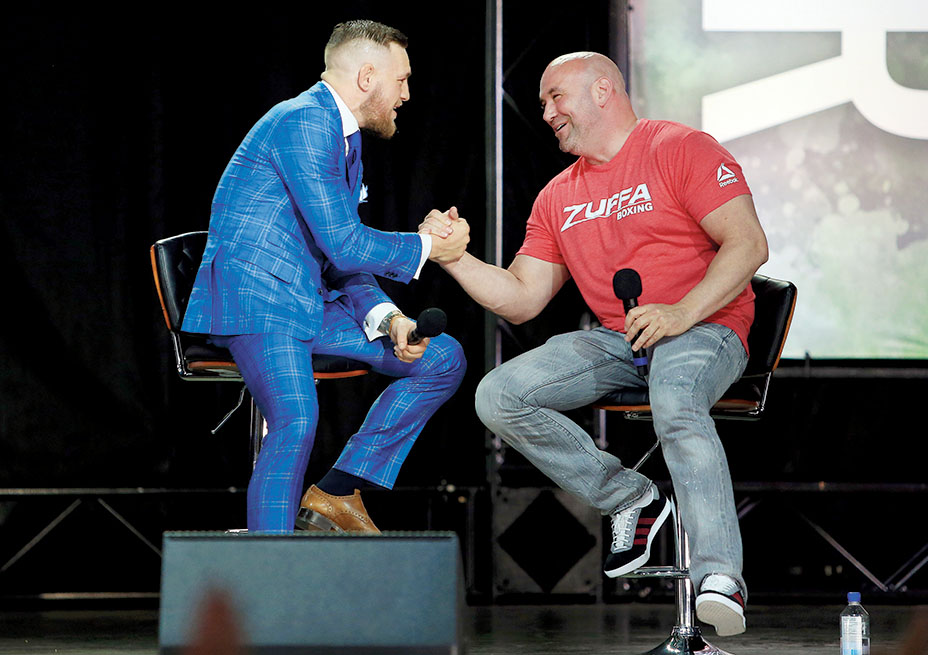 He and I were together for 20 years, so it was kind of like a divorce. I had a hard time with it in the beginning. But I’m happy for him; it’s what he wanted.

What has been the biggest change since WME-IMG bought UFC?

I talk to Ari every day instead of Lorenzo.

They are very quick. I talk to Ari about 250 times a day for 15 seconds each time. He doesn’t have much of an attention span.

Why Football Will Air Fewer Ad Breaks This Fall

What do you think of ESPN’s recent foray back into boxing with Bob Arum’s Top Rank?

We’ve never done one boxing event, but I guarantee you it’ll be better than Top Rank. Look how long it took to make Pacquiao-Mayweather happen, right? It took forever. Then I sit down with [Mayweather adviser] Al Haymon, we have four meetings, we got our fight done. These guys aren’t even in the same sport. This just goes to show you what an absolute asshole Bob Arum really is. [In response, Arum says: “I have never met Dana White. I have a tremendous amount of respect for the Fertittas and what they were able to build.”]

Isn’t it a problem for a TV partner when PPV has the best bouts?

I built this business from the ground up. We continue to innovate. I don’t ever want to be in a position where guys who didn’t believe in this sport 15 years ago are telling me what to put on PPV. But if you go into a negotiation, I’d say everything is on the table. 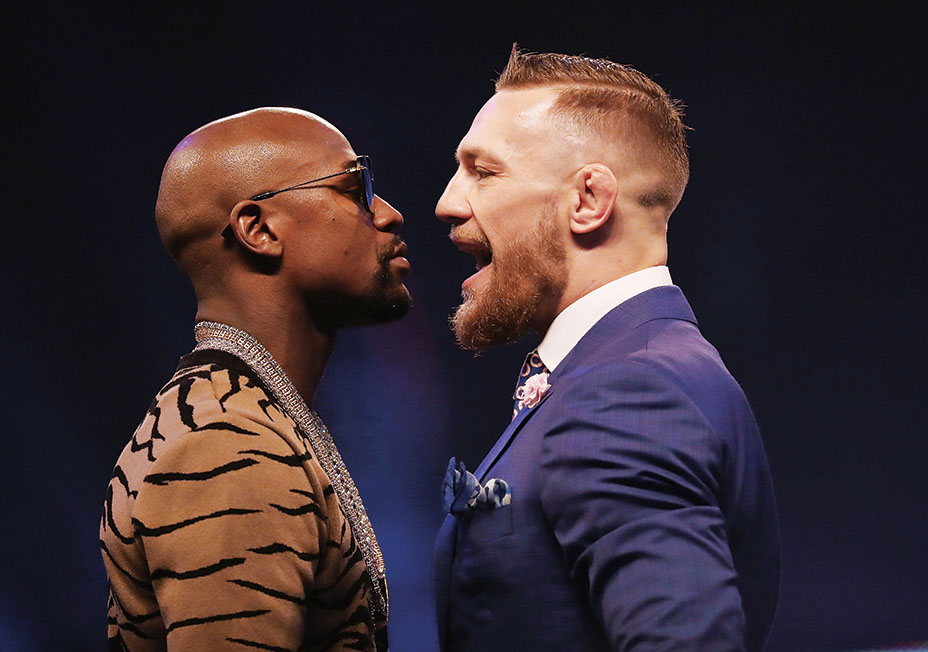 MMA has had some image problems. UFC content on Fox Sports still doesn’t have an automotive sponsor.

The UFC had image problems back in the day when we first bought the thing, but I wouldn’t say that now. As a new generation grows up on the UFC, the stigma lessens. That starts to go away when you have kids who grew up watching it with their parents.

Some commentators have decried the dialogue in the tour as homophobic and racist: Mayweather called Conor a “faggot”; Conor called Floyd “boy.” What do you think of that criticism?

Anything you say these days is racist or whatever. Everybody loves to jump on that. This is a fight. In [less than] a month, these guys are going to try to knock each other unconscious.

So it’s all part of the spectacle?

It’s called mental warfare. You’re trying to get into your opponent’s head. It’s as much a part of the fight as the fight itself.

So you think we’re just living in a reactionary time?

Very reactionary, very clickbait-ish. Anything to get a headline. I am not saying that what was said was appropriate, but I’ve been around Conor for four years — the guy is not a racist. I don’t love what Floyd said either. But it’s a fight. Everybody starts crying every time something is said these days. We live in one of the most ridiculous times ever.

Are Sports Leagues Ready to Cut the Cord?